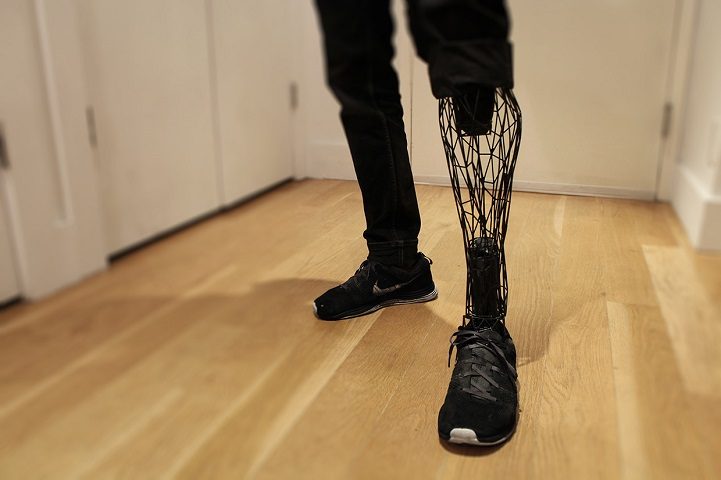 We especially love when art and design combine to create a functional item that can be used for something other than pure aesthetics.

That’s why we were taken aback when we came across industrial designer William Root‘s innovative new take on prosthetic engineering with this futuristic structure of geometrically intersecting metal strands. Called Exo, Root’s prosthetic concept combines his interests in aesthetics and biomechatronics, as well as inquiries into the preferences of amputees. “In my research it became clear to me that there is a lot wrong with how designers typically try to approach a prosthetic limb and how the industry goes about making prostheses,” says Root. “Prostheses are not aesthetically pleasing, extremely expensive, and difficult to produce.”

Root’s improved process starts by making a scan of the patient’s anatomy. He envisions using a technology from MIT’s Biomechatronics lab called FitSocket which uses an array of pressure sensors to gauge the softness or stiffness of a patient’s remaining tissue. With this data, a nearly perfect “socket,” the term for the interface between the patient’s body and prosthetic, can be manufactured.

Using the same data, Root would extrapolate a 3-D model of patient’s full leg which is turned into a triangulated mesh. “It has the maximum strength for the least amount of material with the added benefit of looking really slick,” says Root. A stress analysis tool helps determine weak-points on the model and software increases the mesh density of the structure to compensate. Though Root notes further analysis of the weight distribution and point loads will be needed to create a fully functioning limb.

The result is a jet black prosthetic made from sintered titanium powder or high-strength plastic that makes the wearer look as if they’re materializing from a video game. “Prosthetic limbs are stigmatized because they are so inhuman; most aftermarket companies that try to address this problem attempt to create a realistic-looking leg, which crosses into the uncanny valley,” says Root.

To Root, legs made from flesh-colored rubber are a symptom of a thought process where prosthetics are considered mass produced products rather than the ultimate form of wearable. “With prostheses you are essentially designing a person, their body already dictates the form,” he says. “Each leg needs to be as unique as its owner.” He envisions future iterations of Exo where colors or patterns of the mesh could be modified to suit the wearer’s personal sense of style. 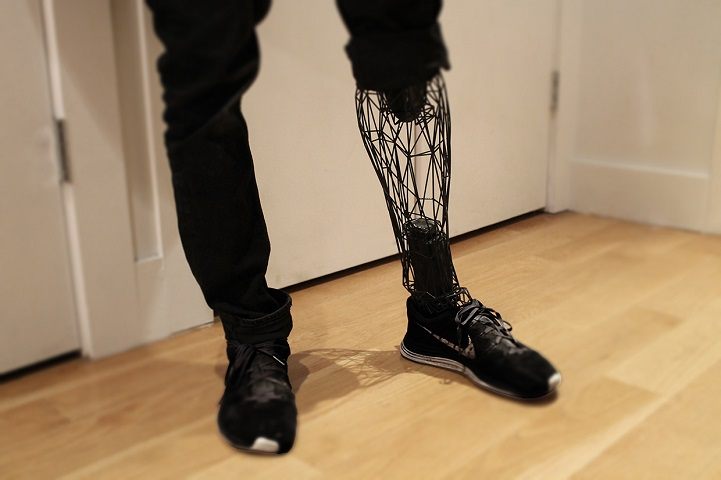 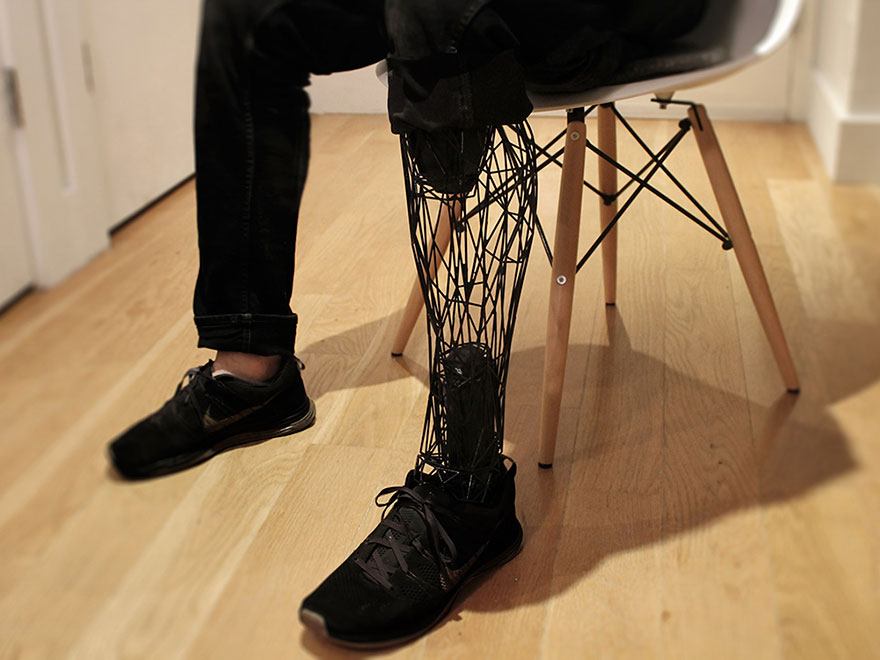 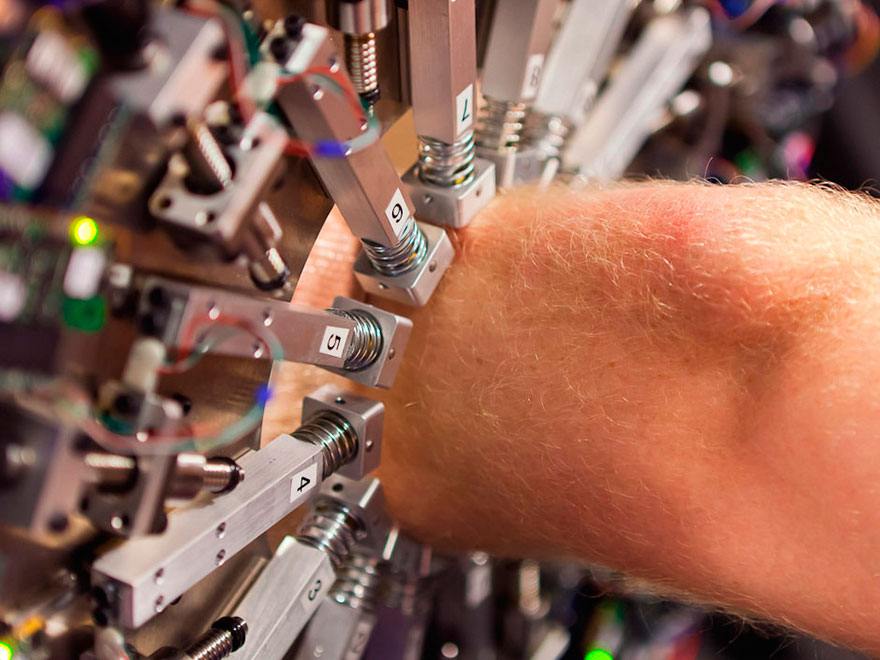 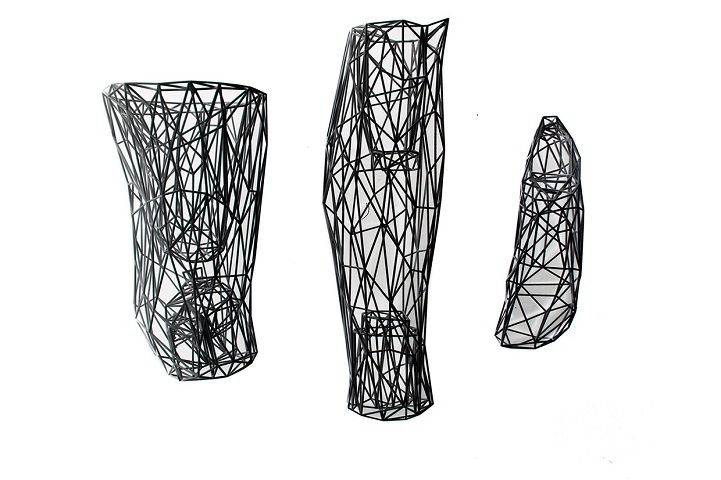 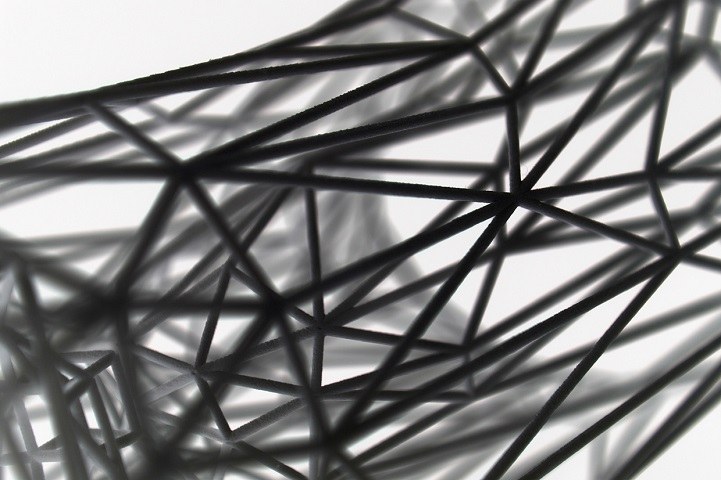 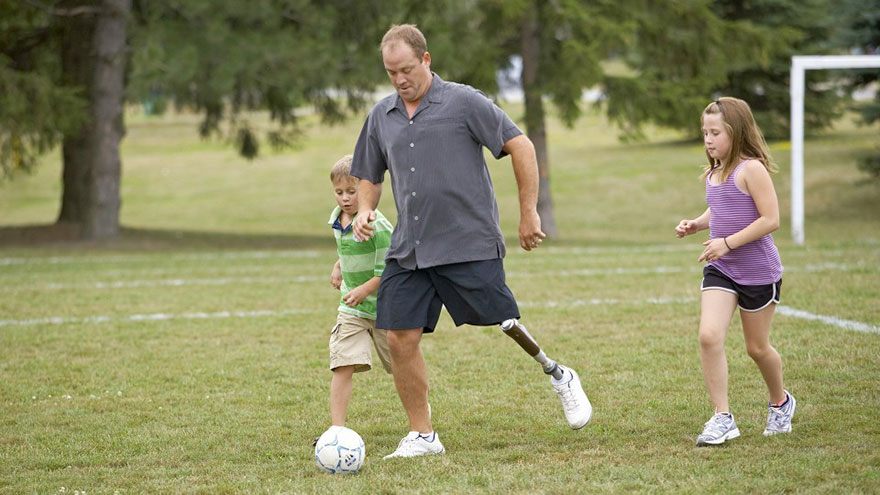