Schizophrenia is an intense and unforgiving mental disorder whose symptoms can include everything from abnormal social behaviors, to hearing voices, and not knowing what’s real. It often accompanies other, less severe mental conditions like depression and anxiety. Needless to say, the sum of these disorders can be hard to deal with. 50 percent of those diagnosed with schizophrenia also struggle with substance abuse as a means to cope.

But there are some who have turned to something far less harmful to cope with their condition: art.

The following pieces were created by people suffering from schizophrenia. While some of them may be disturbing to look at, for their creators these works help to visualize the unrest in their heads. This makes the harsh consistency of their thoughts a little more bearable.

1) “Electricity Makes You Float” by Karen Blair, a woman living with schizophrenia. 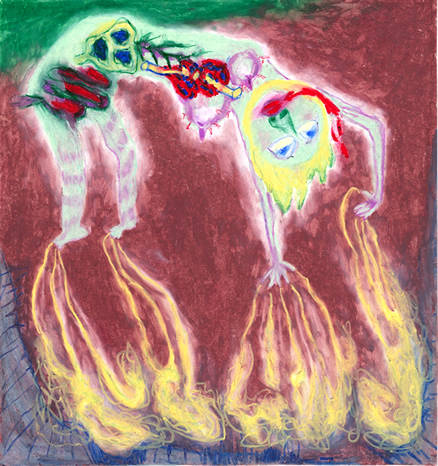 2) Notice the variety of moods, the cyst-like creatures growing out of this man’s head, representative of the confusion schizophrenia can sometimes bring. 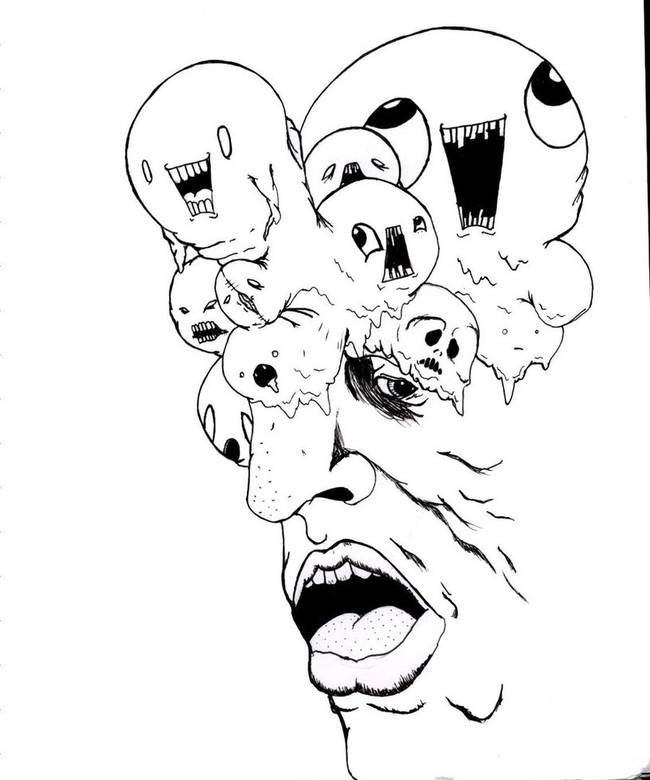 3) These two photos were done by an unknown schizophrenic artist trying to capture the abstract nightmare of his thoughts. 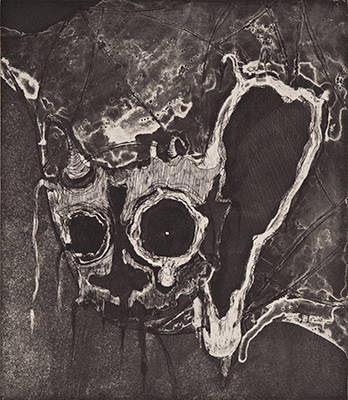 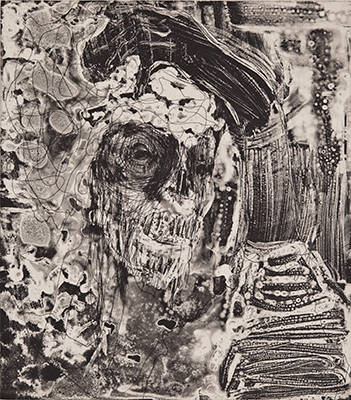 5) This insanely intricate drawing was done by Edmund Monsiel, an artist in the early 1900’s believed to have been a schizophrenic. 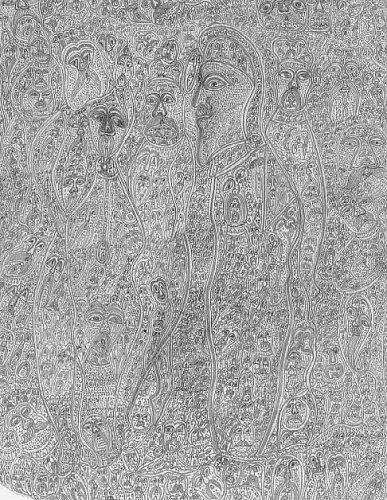 6) This drawing was found in an old asylum, its artist was a paranoid schizophrenic. 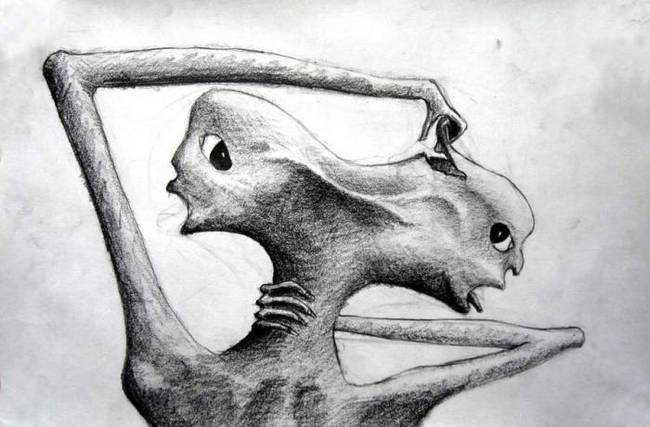 7) A nefarious depiction of the affliction by Erik Baumann. 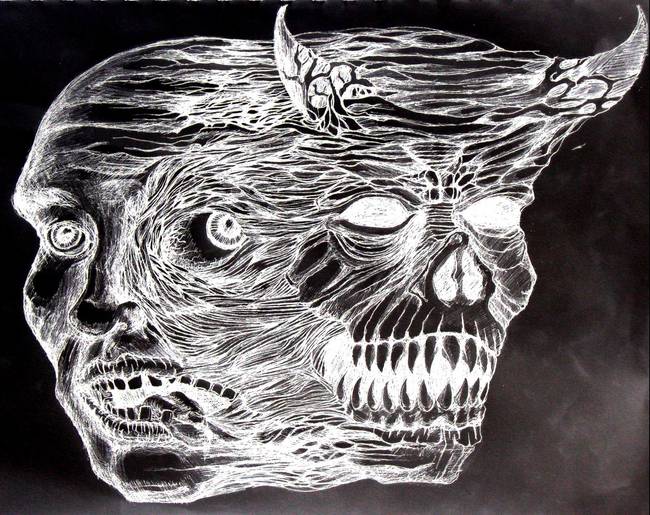 8) In 1950, Charles Steffen began compulsively making art like this on wrapping paper from inside a mental hospital. His obsession with transformation is very clear.

9) This artist suffers from a rare case of paranoid schizophrenia that causes him to have visual hallucinations. One of these visions is a figure named “Wither,” shown below. 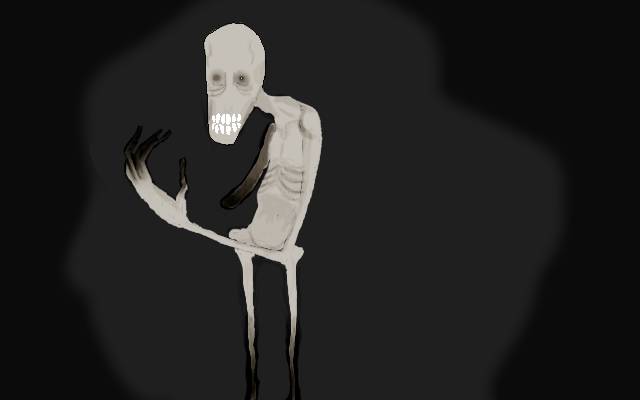 10.) Spooky, strange, but probably an accurate portrayal of schizophrenia feels like on the inside. 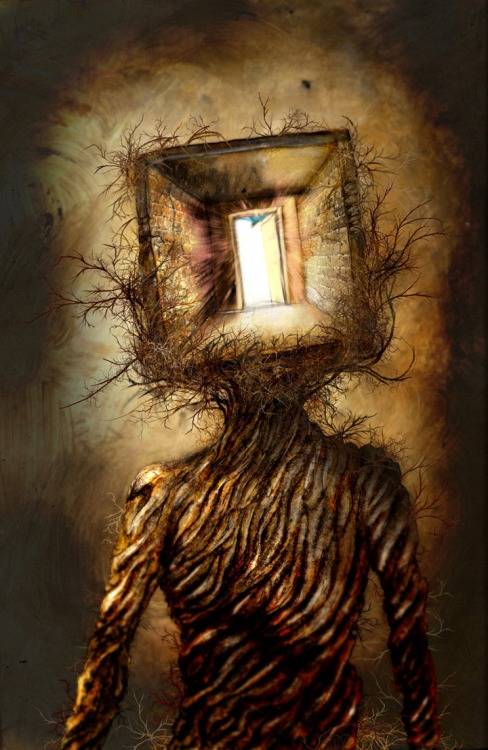 11) This piece, entitled “Motifs of Mania,” depicts schizophrenia as a shadowy menace. 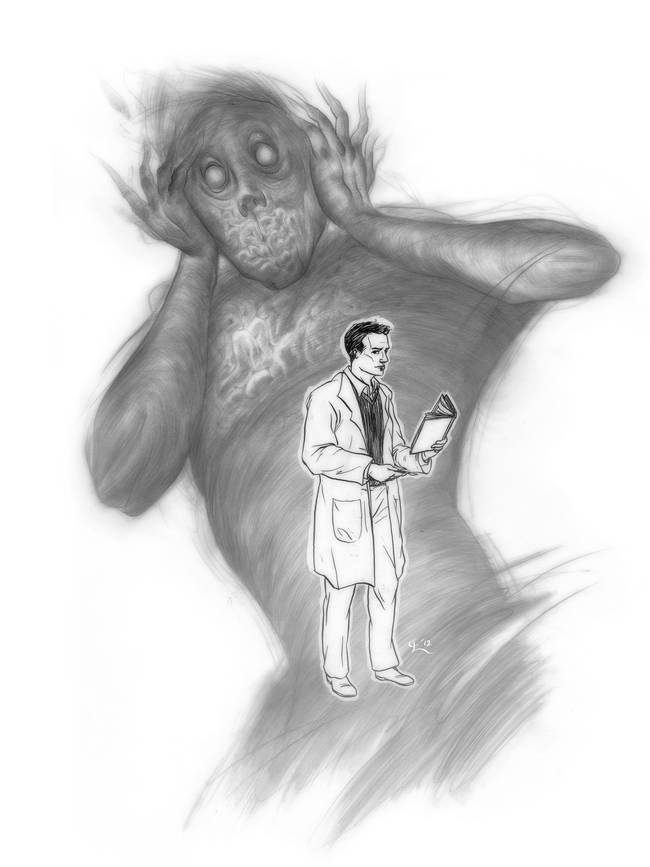 12) Karen May Sorensen recently began pushing the boundaries of her “madness,” by posting drawings and paintings on her blog while on varying levels of medication. 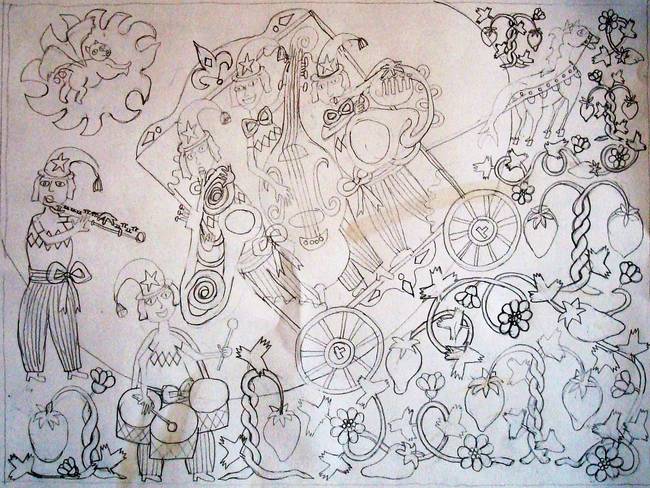 13) A series of paintings of cats by Louis Wain from the early 1900’s. They capture a slow descent into varying levels of schizophrenic episodes.

14) Another by Draak. Notice the two headed subjects in both pieces. 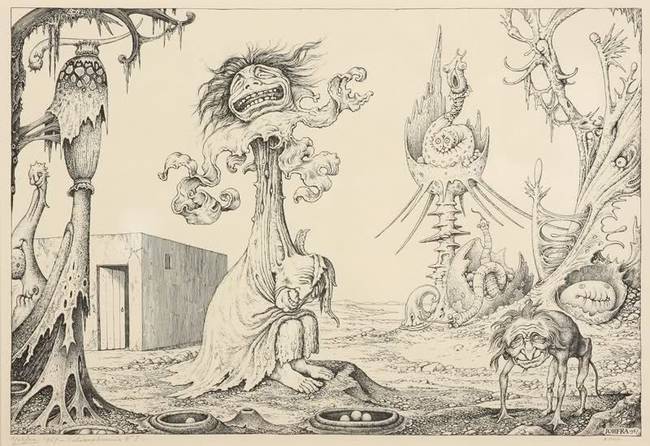 15) This piece captures the auditory hallucinations associated with the disease. 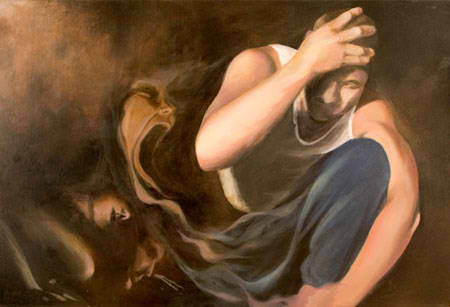 16) This schizophrenic artist feels trapped by it all. 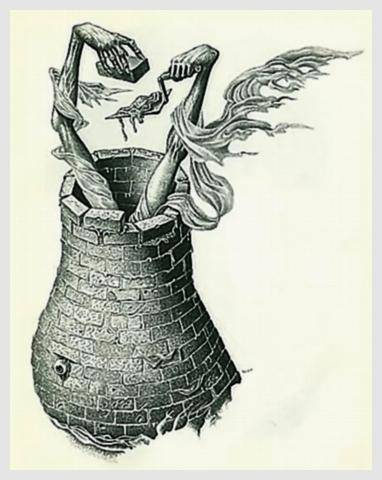 17) Johfra Draak drew this in 1967, depicting a schizophrenic Dante’s Inferno. 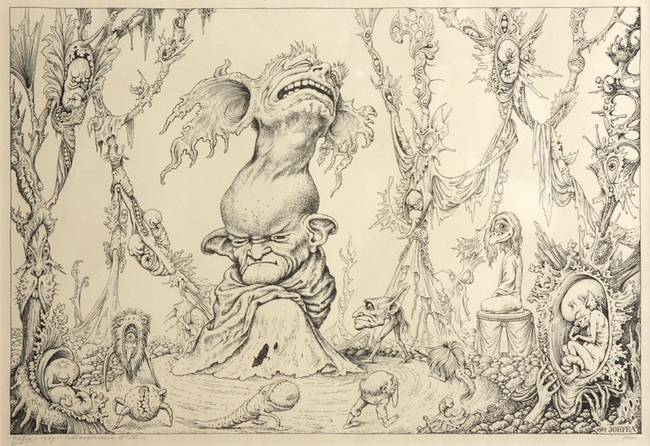 We may never know what it’s like to be in the mind of someone suffering from schizophrenia. The closest thing we may ever have is art like this. Much of this art may look scary and negative, but the act of setting the anxieties to paper is a positive for the artists.