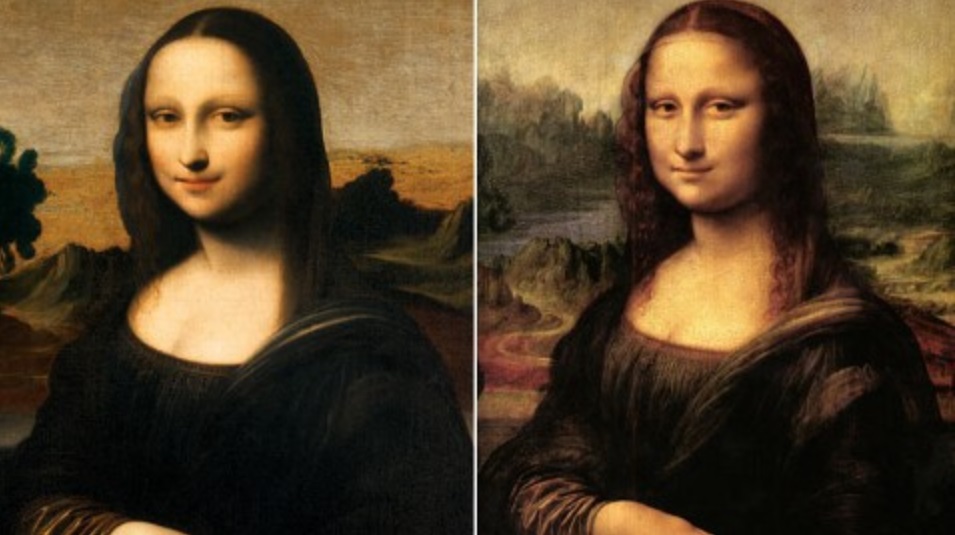 Last year, art experts claimed that Leonardo da Vinci completed a version of the Mona Lisa some ten years prior to that of the famous Mona Lisa painting which hangs in the Louvre in Paris. The original Mona Lisa was thought to be the only portrait of Lisa Gherardini (aka Lisa del Giocondo) ever created by the artist.

The painting in question, dubbed the Isleworth Mona Lisa, is slightly larger than the famous portrait and has been the subject of debate as to its authenticity, but new revelations may finally end the debate that has continued since the painting’s discovery a century ago. According to the Guardian, “New tests on a painting billed as the original version of the Mona Lisa have produced fresh proof that it is the work of Leonardo, a Swiss-based art foundation has said.”

The tests were conducted at the Swiss Federal Institute of Technology by a specialist in “sacred geometry.” Italian geometrist Alfonso Rubino. who had previously made extended studies of the geometry of Leonardo’s Vitruvian Man [a sketch of a youth with arms and legs extended] after studying the reported copy concluded that the Isleworth portrait “matched Leonardo’s geometry and must be his.”

David Feldman, vice-president of the Mona Lisa Foundation said, “When we add these new findings to the wealth of scientific and physical studies we already have, I believe anyone will find the evidence of a Leonardo attribution overwhelming.”


Adding to the new evidence, the Zurich institute “carried out a carbon-dating test on the canvas of its painting and found that it was almost certainly manufactured between 1410 and 1455, refuting claims that it was a late 16th century copy.”

The Isleworth Mona Lisa was discovered shortly before the First World War by Hugh Blaker, an English art collector, while looking through the home of a Somerset nobleman. He bought the painting and took it to his studio in Isleworth, London, from which it takes its name.