“I have been creating comics since I was little, maybe 6-7 years old, so I have been making comics for about 20 years now,” Bonnie said. “I believe my first comic was a spin-off of Three Little Pigs. In it, they were running a restaurant, so the wolf would come to have some actual food instead of the pigs themselves. Throughout my school years, most of my comics had been fan comics of shows and movies that I loved, and around 2013 I began making original comics.”

According to Bonnie, the best thing about creating comics is having all of the creative freedom and being able to interact with the readers. “While I enjoy illustrating books and it supports my life, I still make comics even though they’re free. It’s a medium where I can freely share my values and thoughts, and connect with readers from all over the world.”

“When I started IT Guy & ART Girl, I thought no one would read it because there already had been so many great relationship comics out there,” she added. “I didn’t expect so many people would relate to the series and the fact that there are quite a lot of other IT guy and ART girl couples. Thank you, everyone, for reading!” 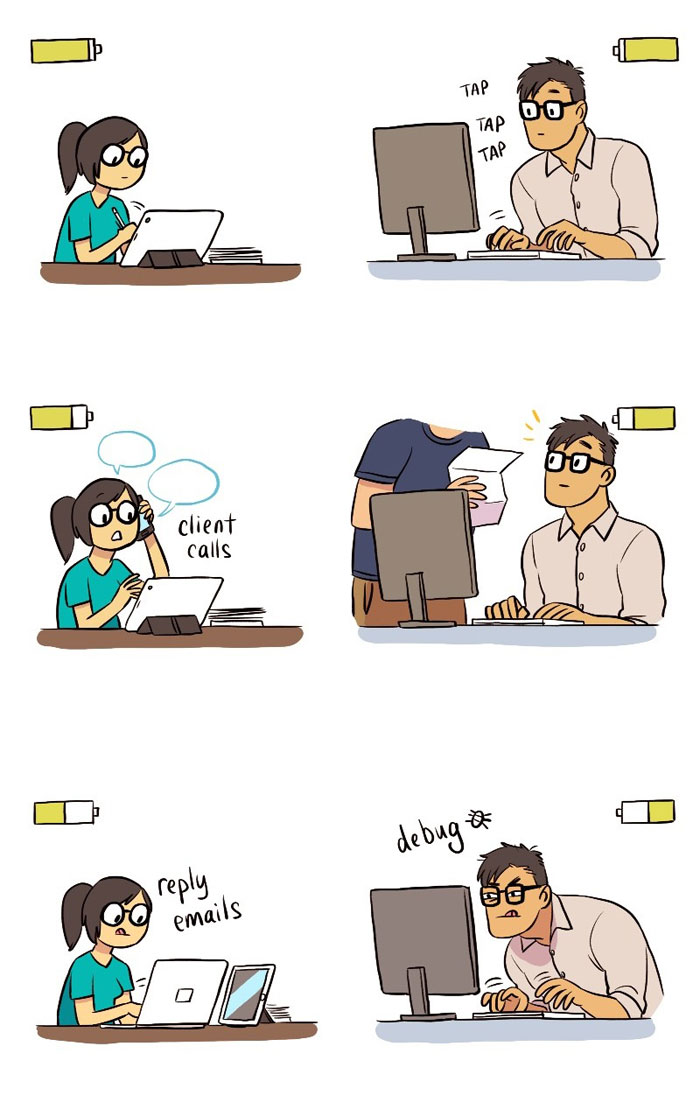 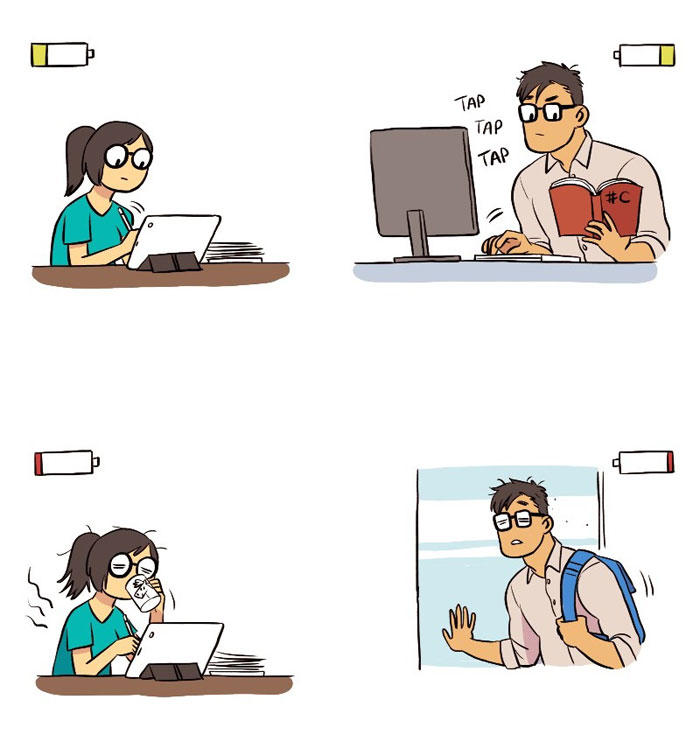 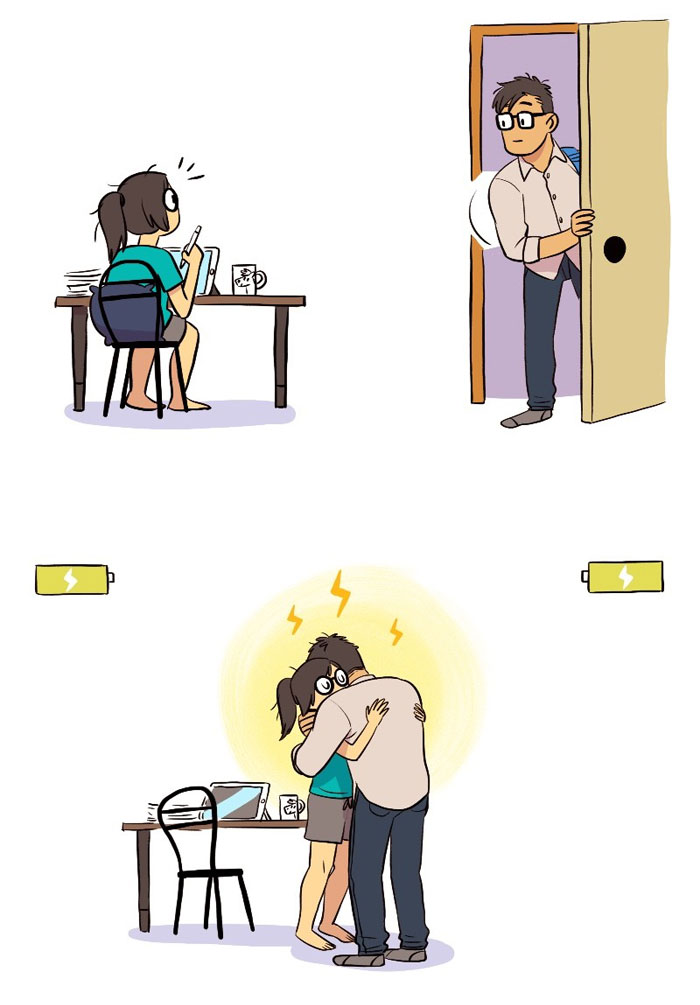 2. Shopping with an IT guy 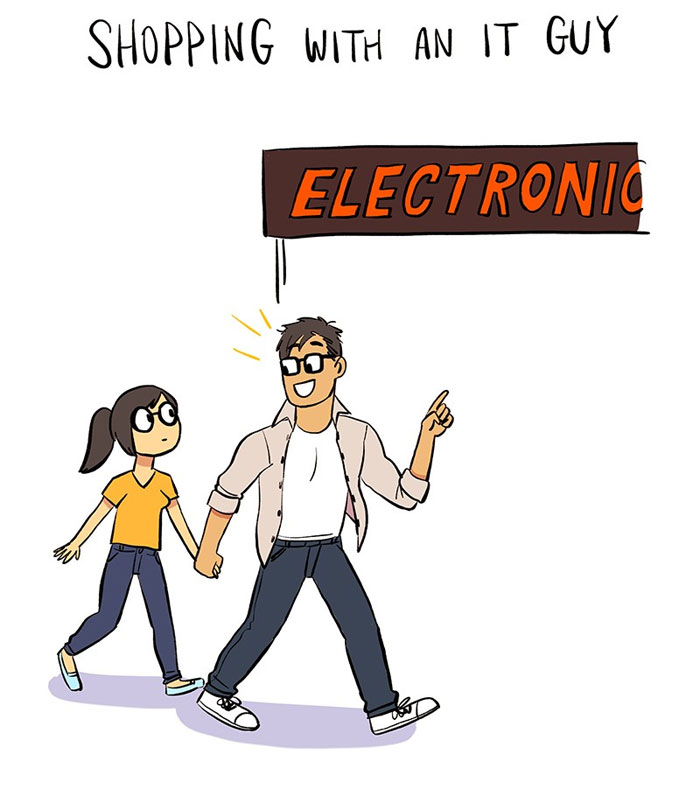 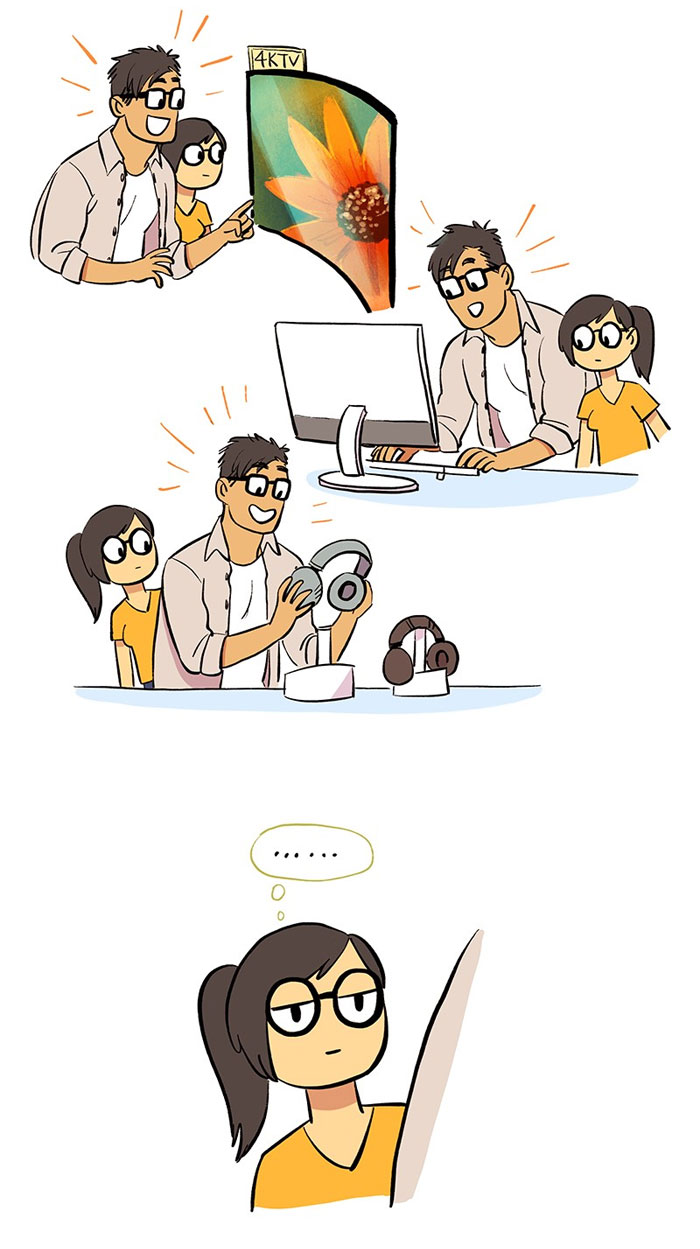 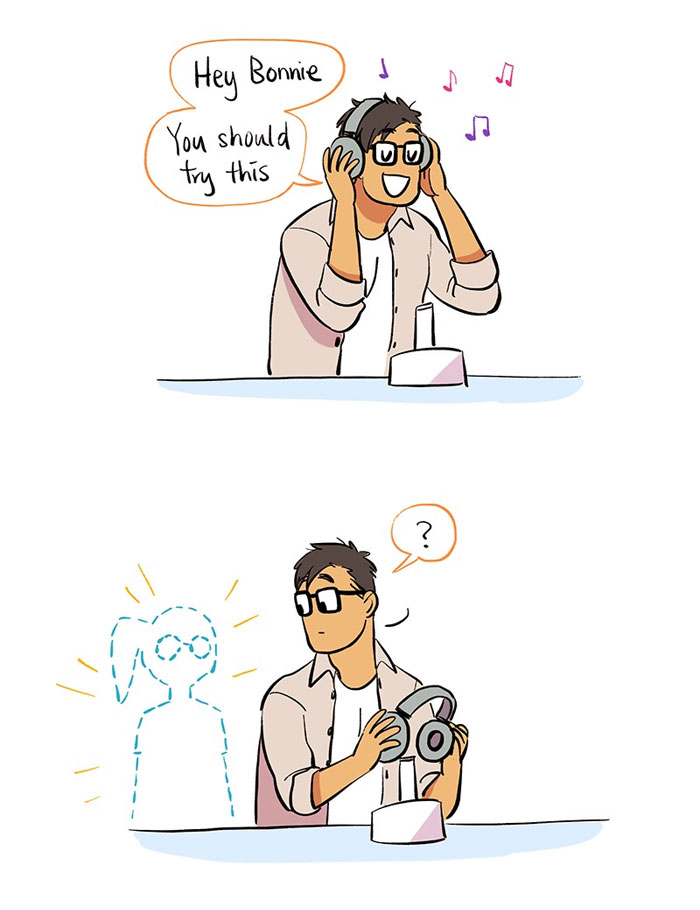 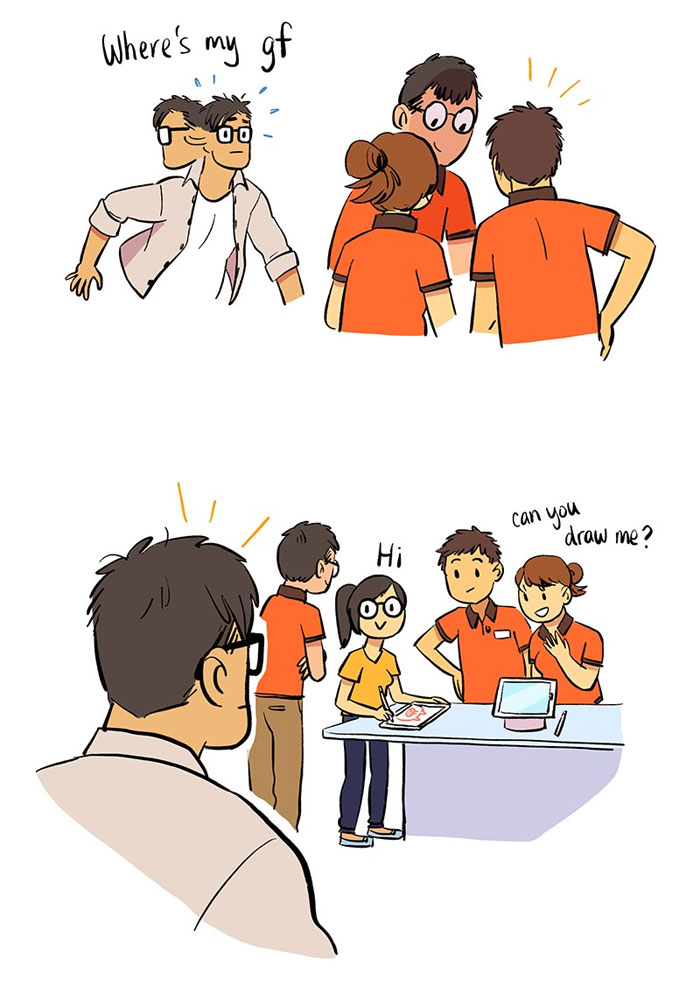 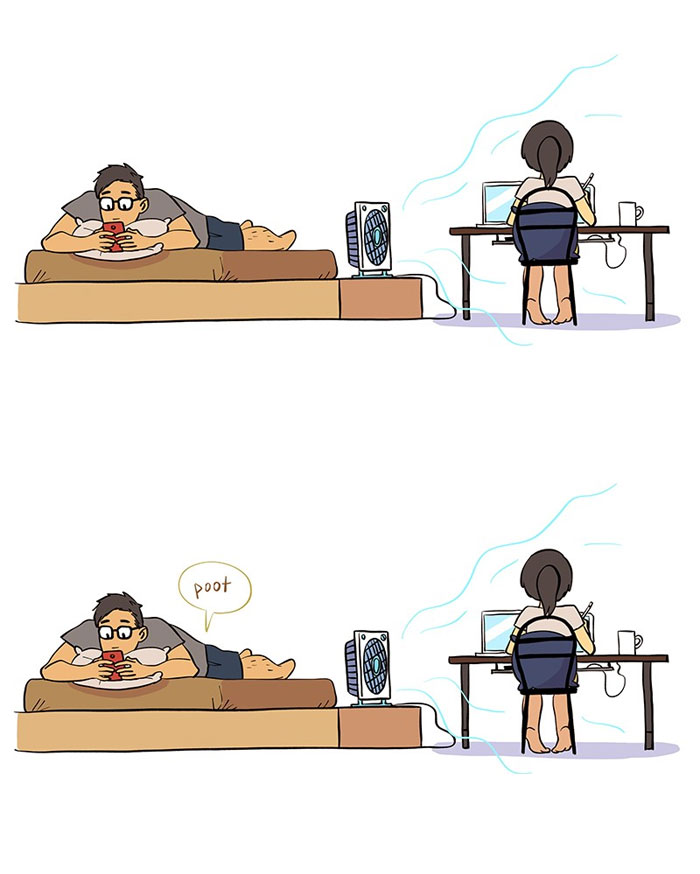 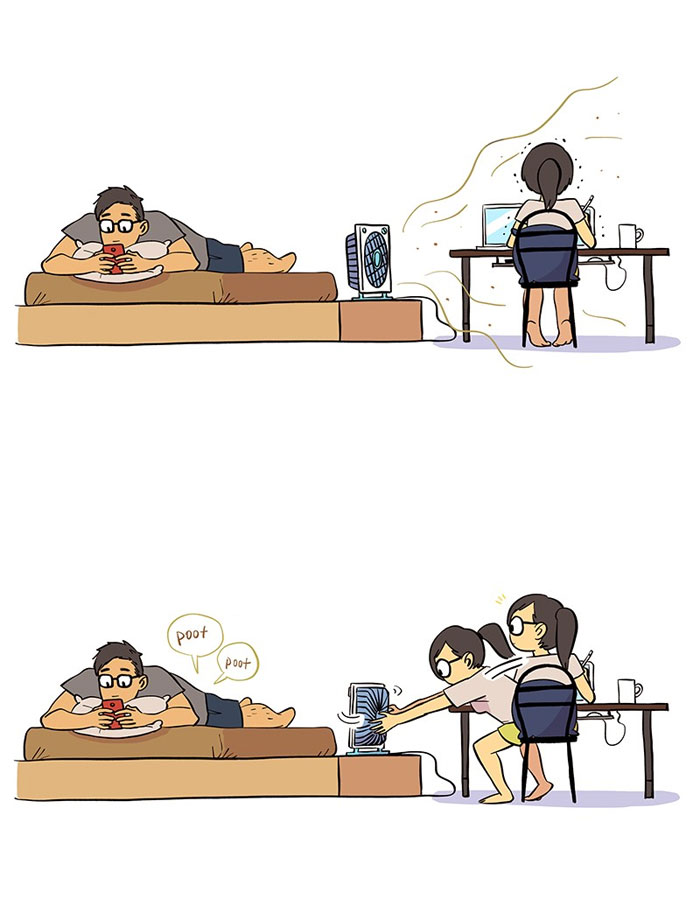 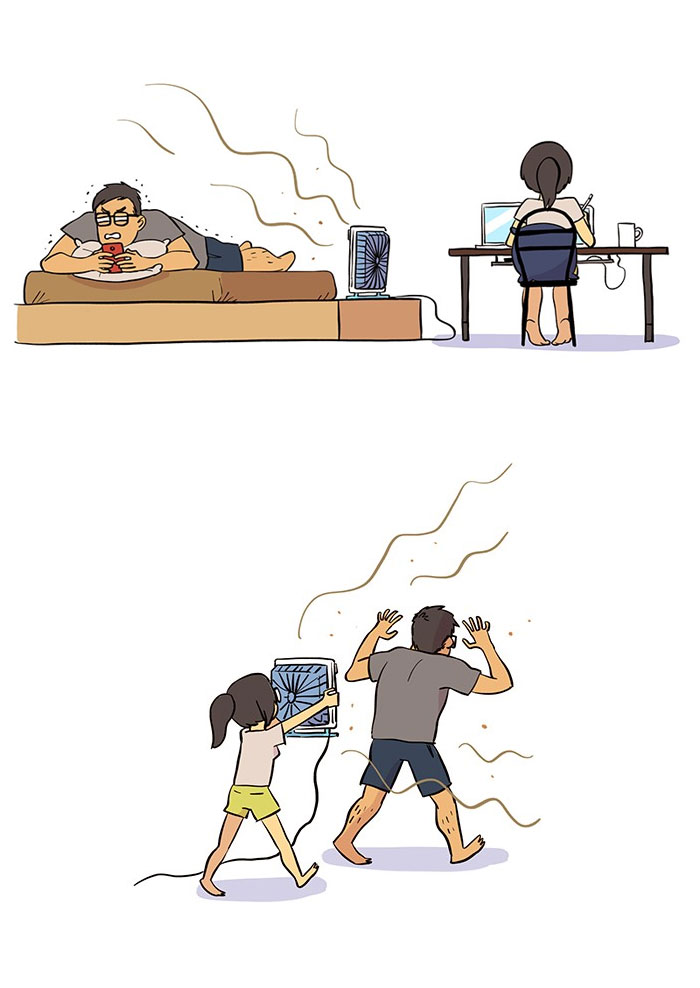