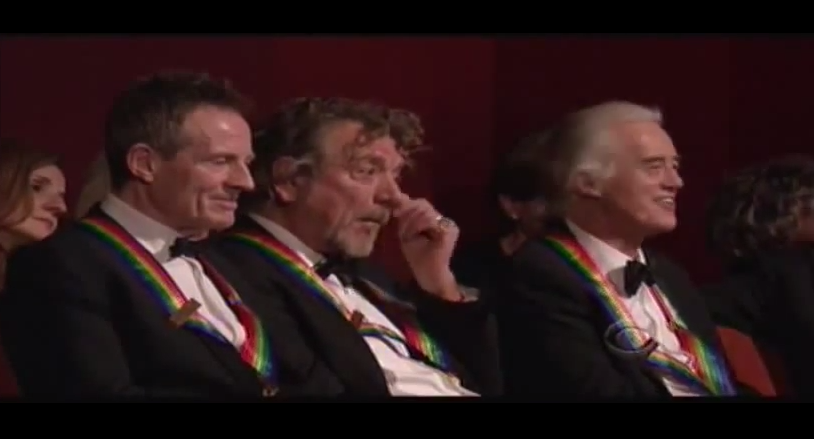 There are many covers on the internet, but this one of ‘Stairway to Heaven” by Ann and Nancy Wilson of Heart (with extensive accompaniments!) has something so magical as it brought Led Zeppelin to tears and left the whole audience speechless including Obama. It was part of the 35th Annual Kennedy Center Honors Gala in Washington, DC on December 2, 2012. You have got to watch this one and share it with your friends!

Just in case you’ve lived under a rock all of your life, Stairway to Heaven is a famous song released by the English rock band Led Zepplin in late 1971. The song was released in the fourth untitled studio album (referred to as Led Zeppelin 4) by the band and it was composed by the band’s guitarist Jimmy Page and vocalist Robert Plant. This hit is considered to be one of the greatest rock songs of all time. The original song by Led Zeppelin can be found here.

The song contains three stages that start with slow tempo and volume, then increases as it goes on in both the tempo and volume and instruments. “Stairway to Heaven” was voted  as number 3 in 2000 by VH1 on its playlist of the one hundred Greatest Rock Songs.