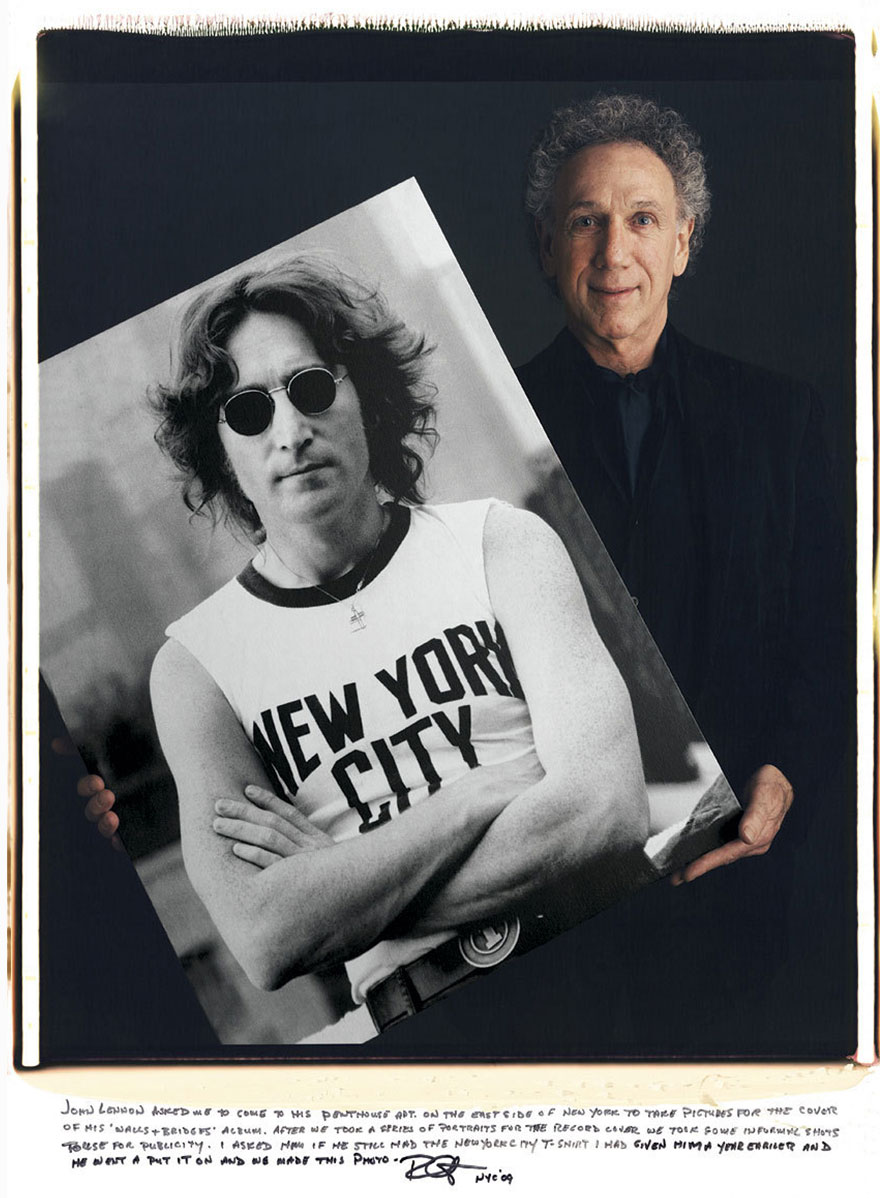 They’re the world’s most iconic images. But unless you’re a photography buff, you probably have no idea who the people behind the lens of these photographs actually are. US photographer Tim Mantoani, however, aims to fix all that with his epic “Behind Photographs” series.

Tim started this series in 2006, when he rented a 20×24 Polaroid camera (itself an extraordinary rarity), which weighed 235 pounds (106kg) and had its own custom wheeled tripod. “The cameras are very unique and render an image of 20×24 images once the film is ‘peeled apart,’” Mantoani told Bored Panda. “Since renting the camera was expensive, I wanted shoot something that was important to myself and I called a couple of photographers that I knew, legendary music shooter, Jim Marshall and sports shooter, Michael Zagaris.” 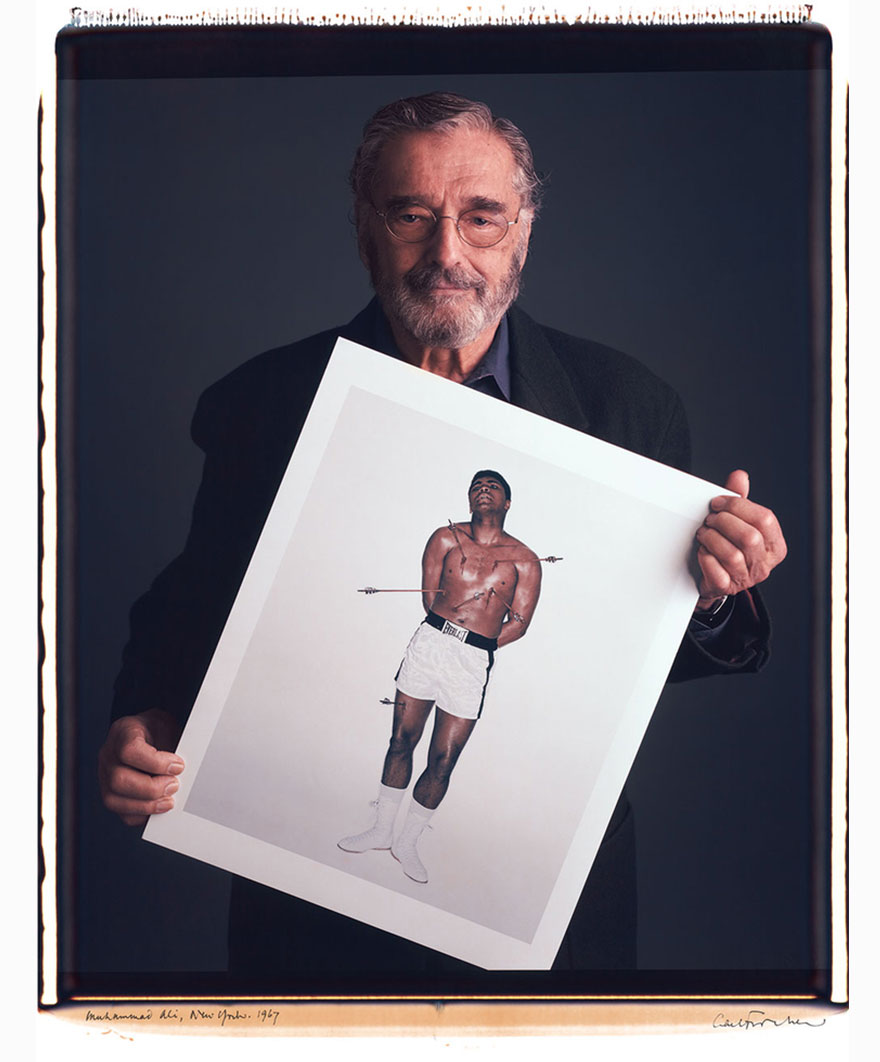 David Doubilet – Circle Of Barracuda: Circle of Barracuda, New Ireland, Papua New Guinea. The school of chevron barracudas circled the diver three times and pow they were gone into a dark afternoon sea.   The oceans of the world have no straight lines; geometry like a perfect circle is a rare thing, but these barracudas will do this as a defense. 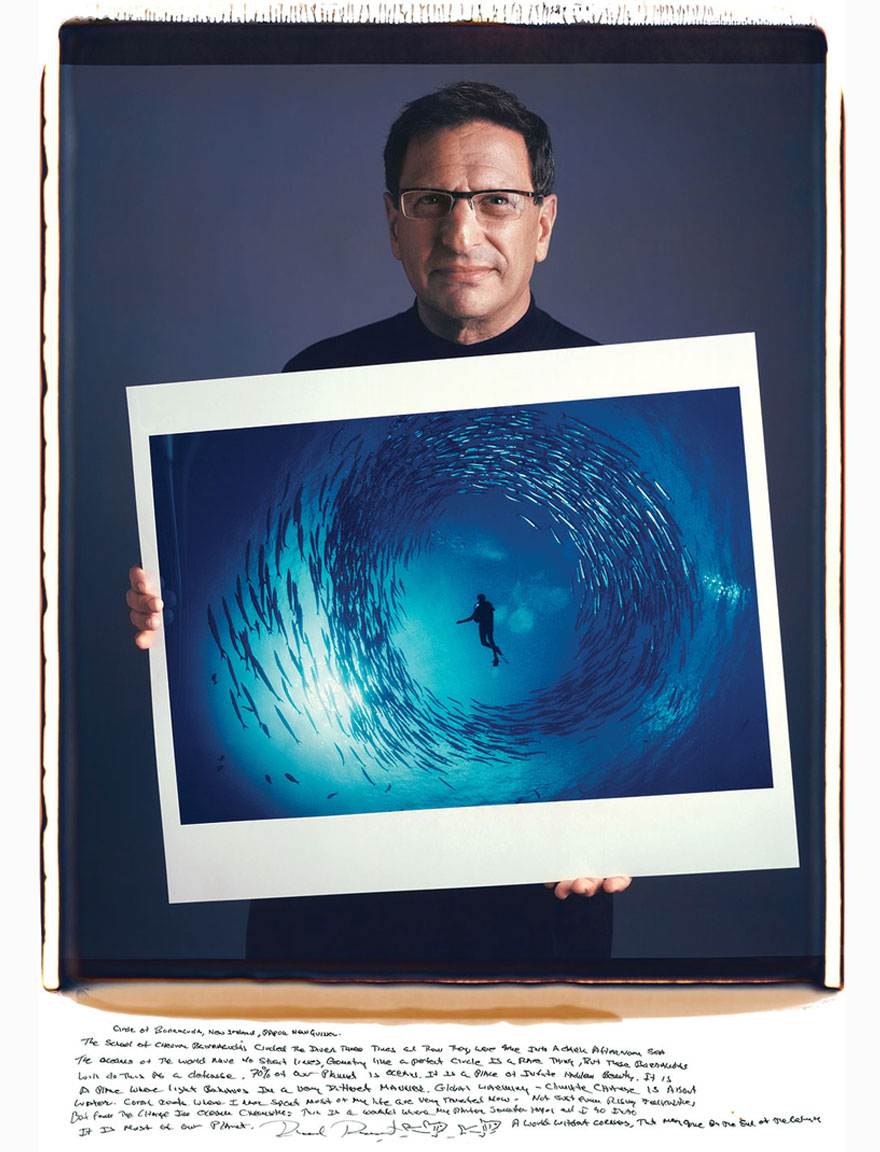 Douglas Kirkland – Marilyn Monroe: This is from my Evening with Marilyn 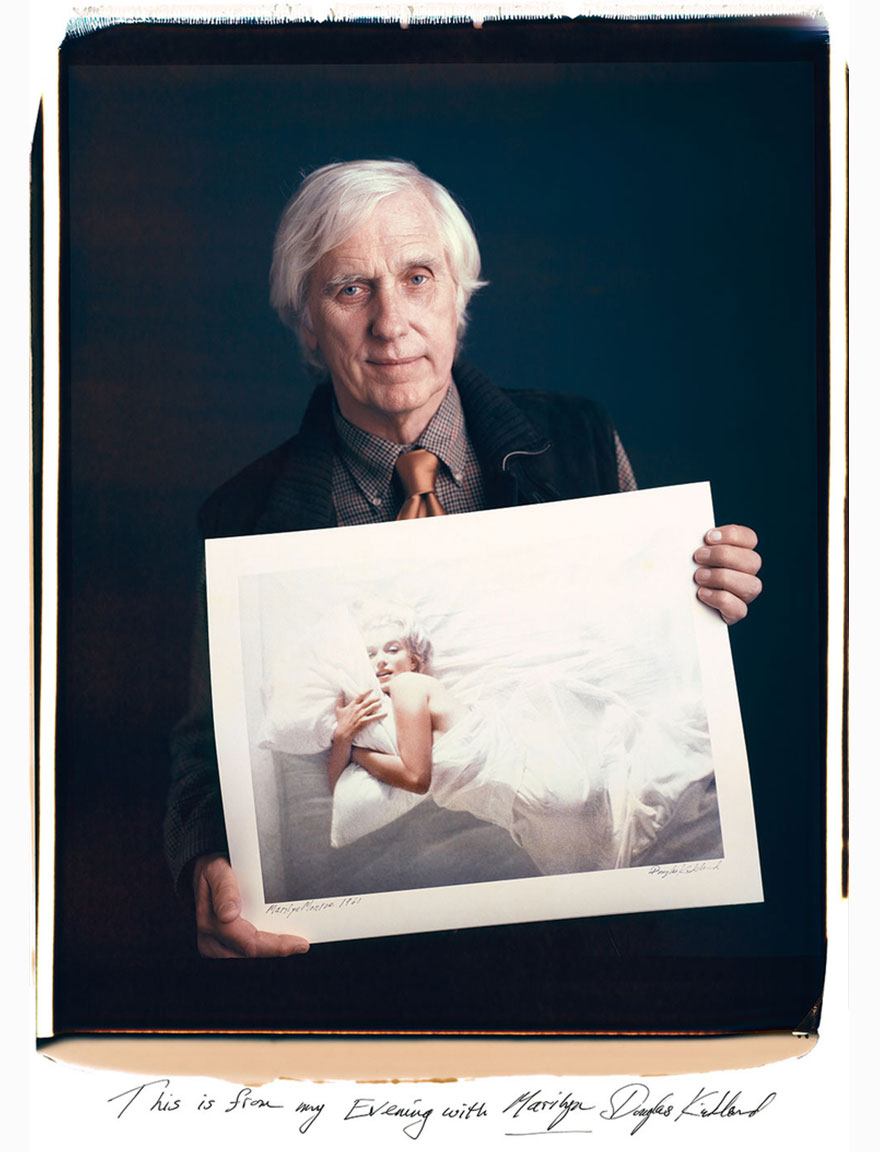 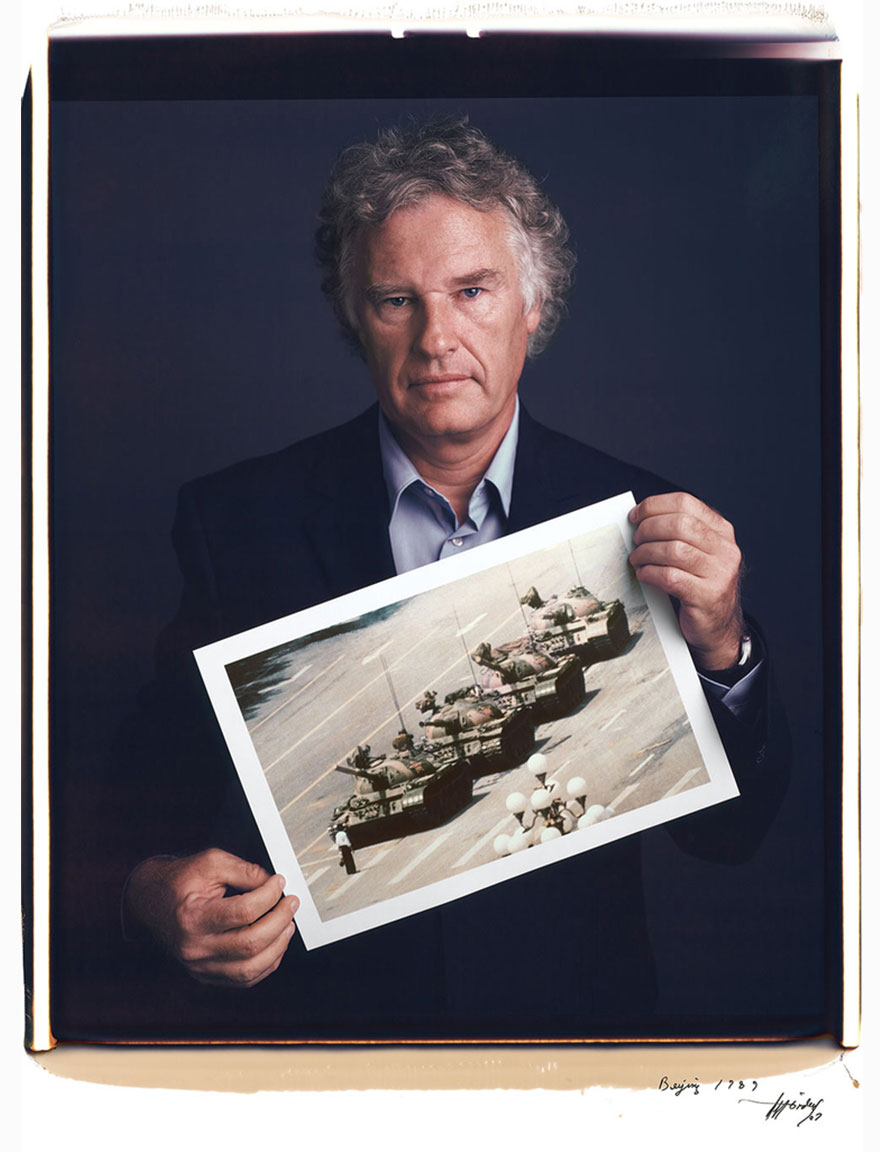 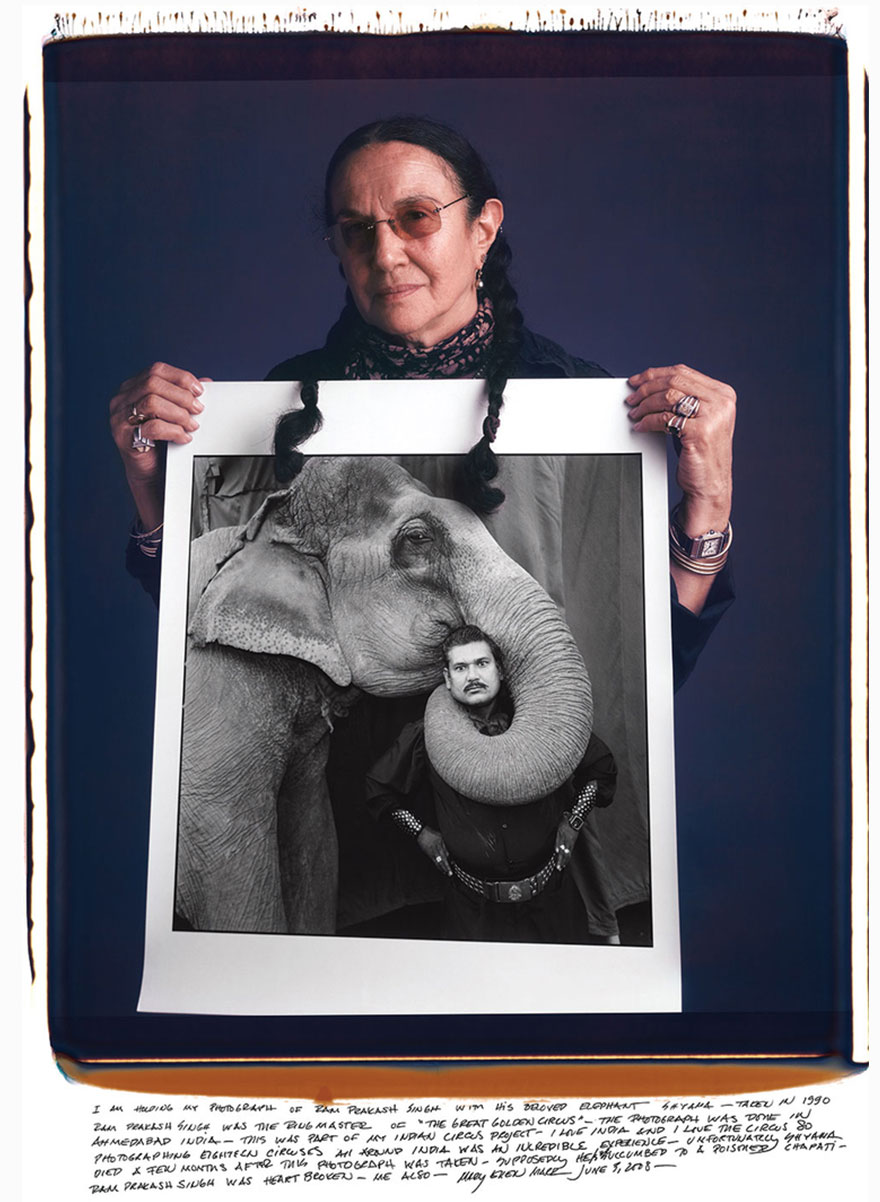 Harry Benson – The Beatles: Brian Epstein – Beatles Manager – had just told them they were number one in America – and I was coming with them to New York. 1964 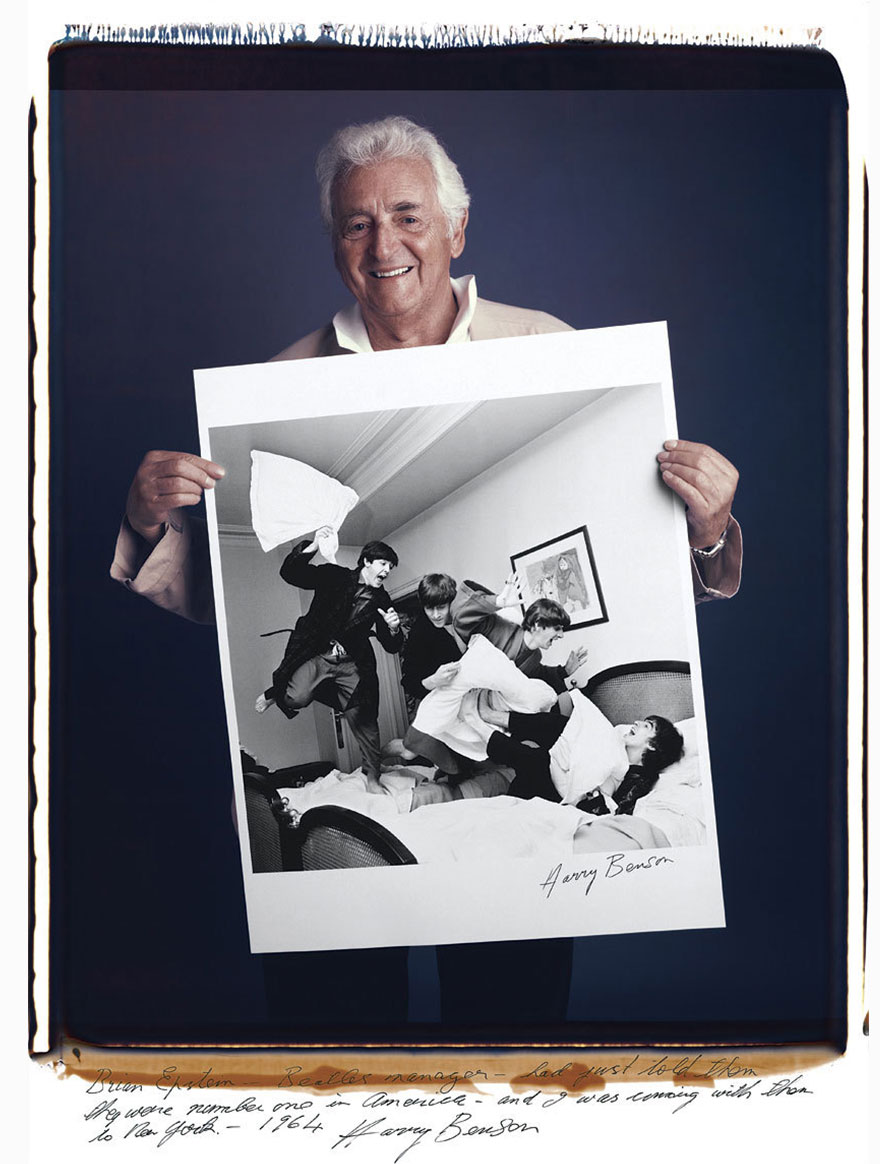 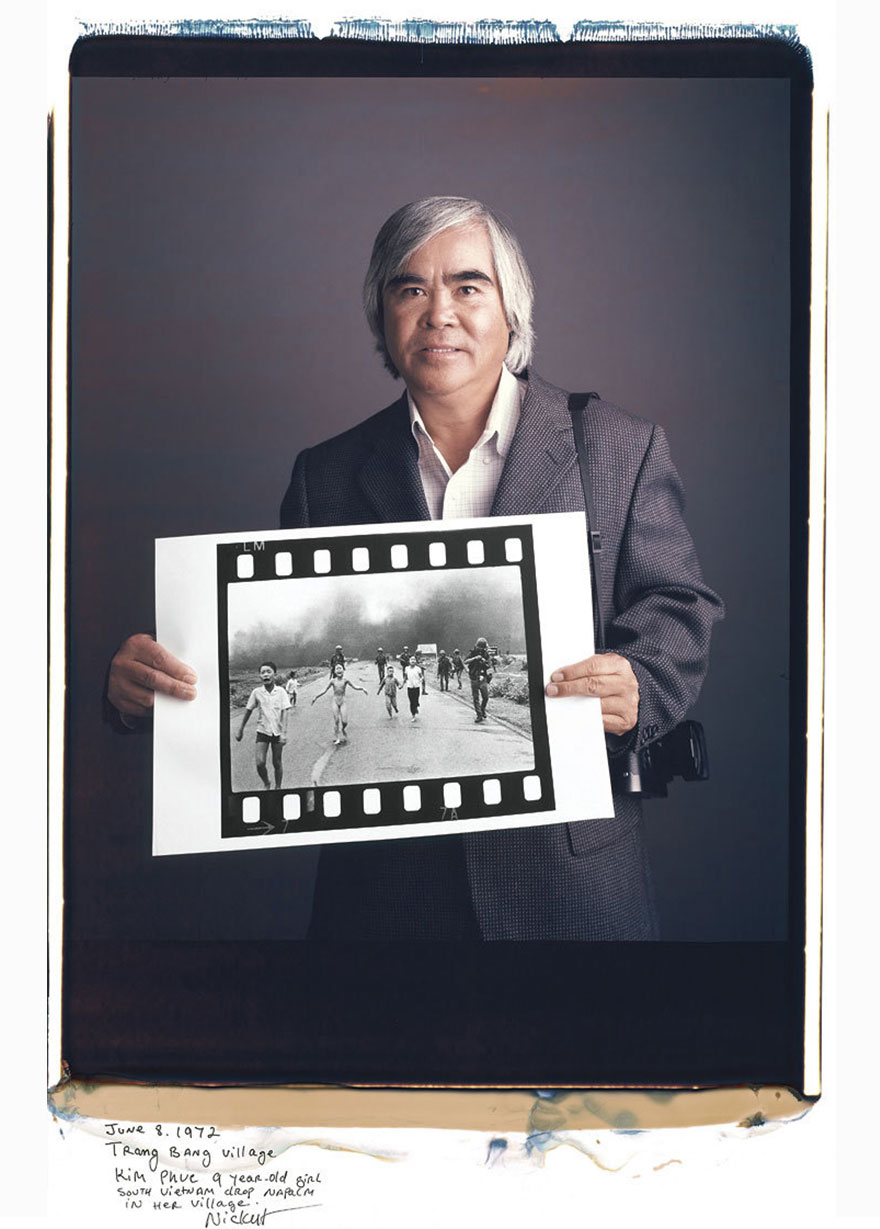 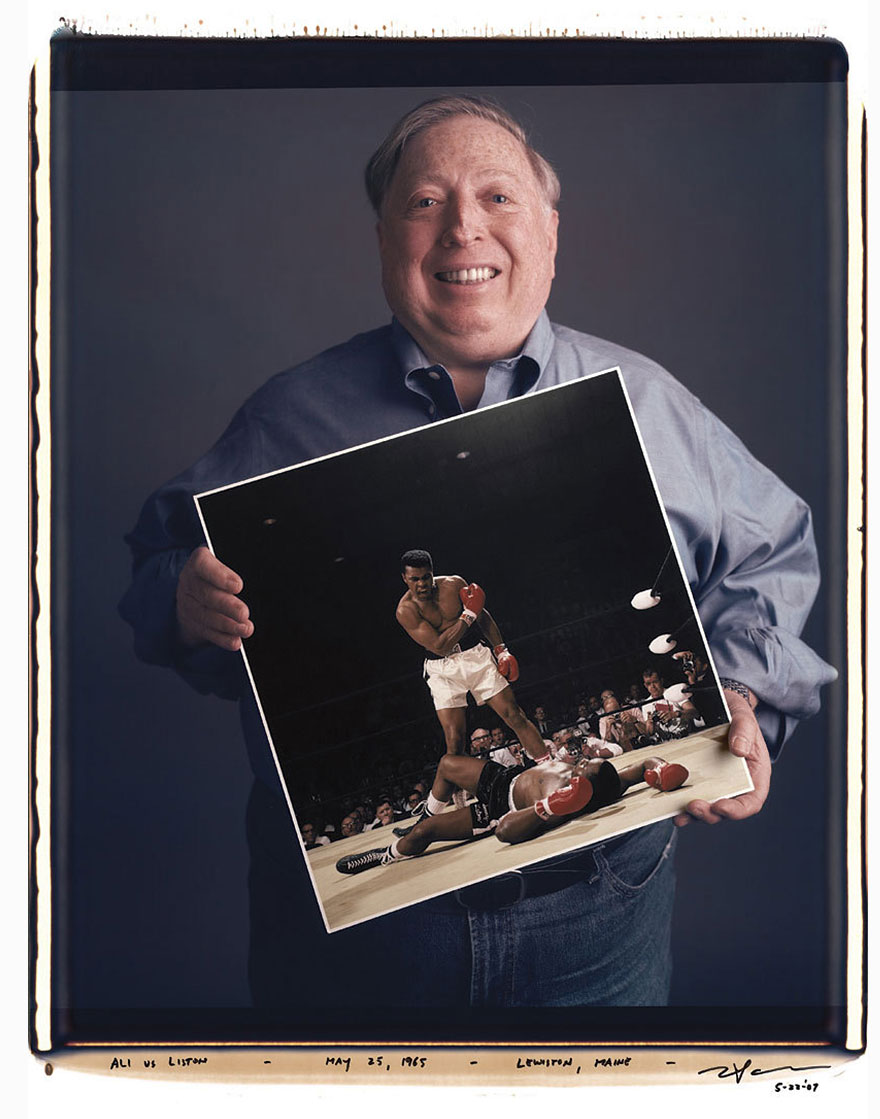 Thomas Mangelsen – Brown bear: Brown bear, Brooks Falls Katmai National Park, Alaska. July 1988. I pre-visualized this possibility (of an image like this) from watching documentary films about the bears at Katmai and seeing a photograph in Alaska Air Magazine of a group of bears here at the falls. At the time, I was on a flight to Anchorage working on a documentary film about Sandhill Cranes and had a week between shoots. I phoned the park headquarters from the airport in Achorage and asked about getting a campsite. They said they were all full – except for one site, that was near the bear trail and nobody wanted it. I told them I would take it. I spent a week on a small platform above the falls trying to captures this image. I would go most days before sunrise and stay until dark. During that time I shot 35 rolls of film of pretty much just head + shoulders of bears + sockeye salmon leaping the falls. Six weeks later I opened the yellow box to see this image. It was a nice surprise. I hadn’t known that I got it. 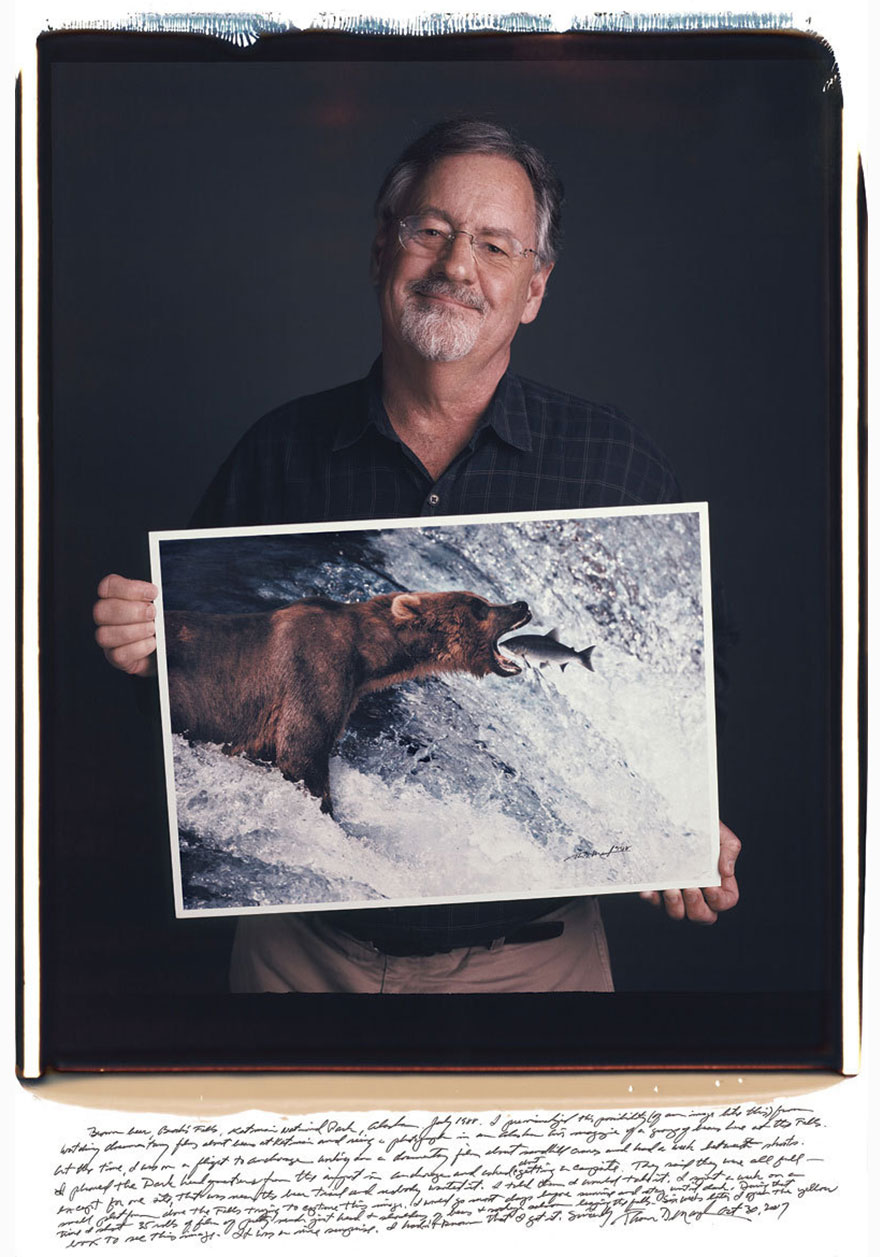 Bob Gruen – John Lennon: John Lennon asked me to come to his pentouse apt. on the east side of New York to take pictures for the cover of his ‘Walls + Bridges’ album. After we took a series of portraits for the record cover we took some informal shots to use for publicity. I asked him if he still had the New York City t-shirt I had given him a year earlier and he went a put it on and we made this photo.

Elliott Erwitt – Two Dogs With Owner: The picture I am holding was snapped in 1974 just across the street from my apartment in New York’s Central Park. It has been 38 years since that event and sadly I have lost track of the participants. 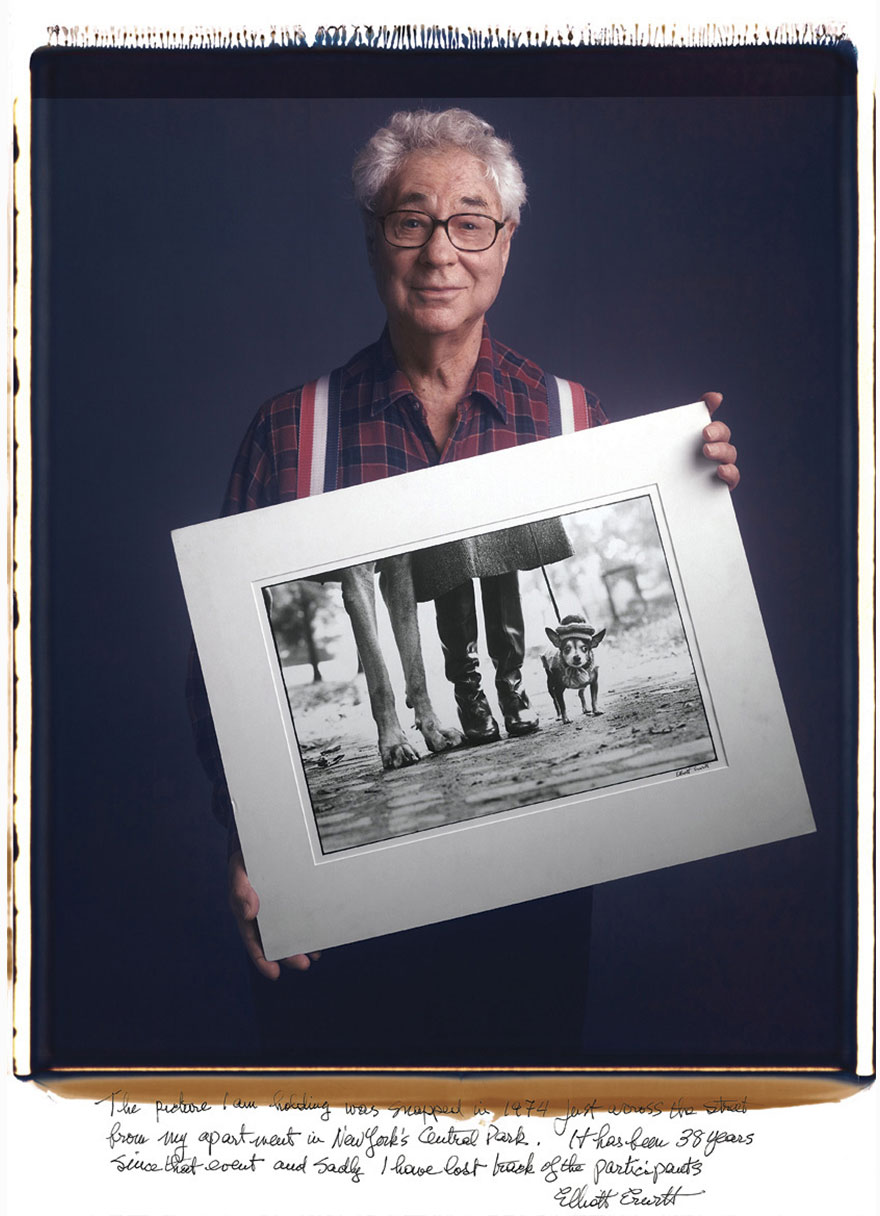 Vincent Laforet – Me And My Human: I’ve been fortunate enough to witness some pretty amazing things in my relatively young career that began twenty years ago. Many were beautiful, others were horrifying; most were important moments in history every event big or small is important. One of the interesting things that I’ve learned through aerial photography is that taking a step backwards (or in this case 1,500 feet up) ironically often forces the view to become much more intimate with the image as they study it in much greater detail, and are forced to let their imagination take over. “Me and my human” Central Park, NYC 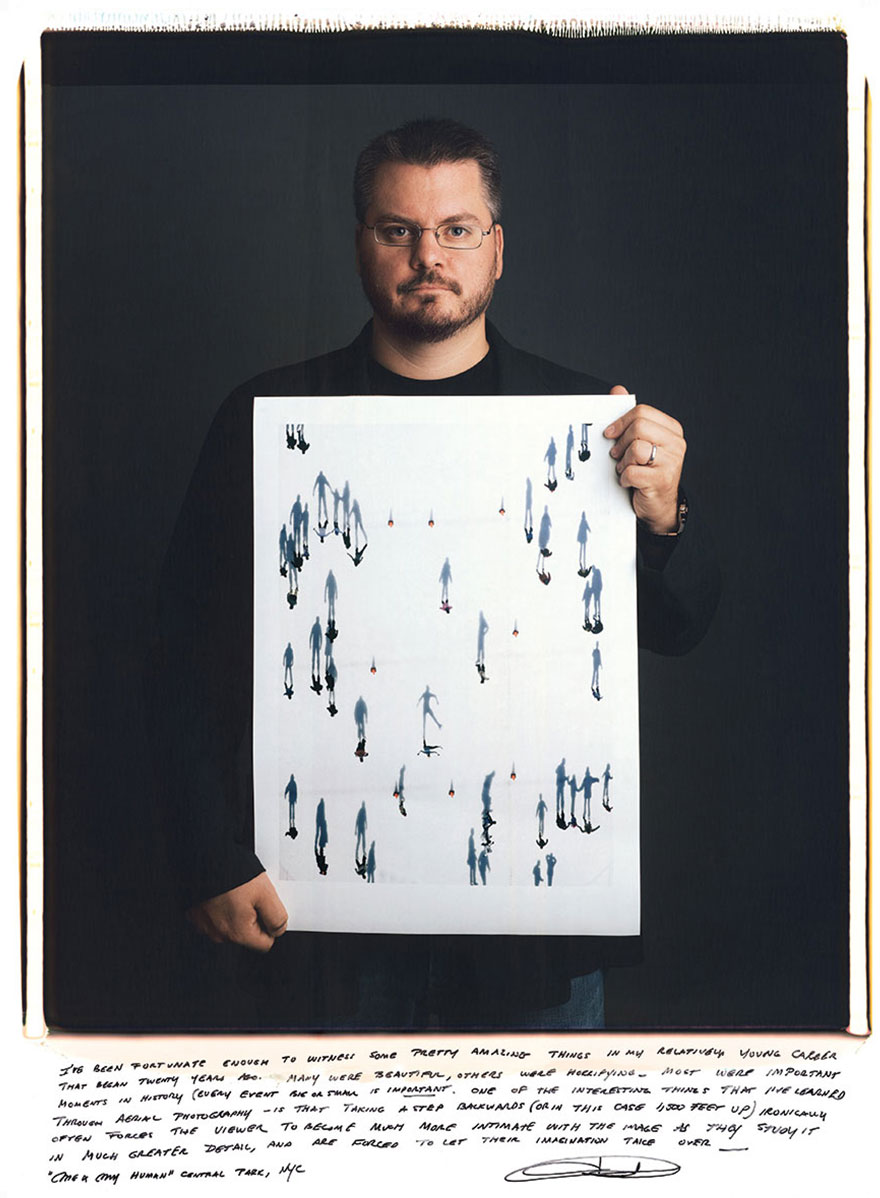 Lori Grinker – Mike Tyson: Mike Tyson  – 1980, age 14. I began a project on young boxers when I was a student. The legendary Cus D’Amato told me Mike would be the next great heavy weight champion, he was right – and I continued on with him for nearly a decade. He was a troubled but sweet kid who veered off the good path he was led to with all that comes with being a celebrity in that world. 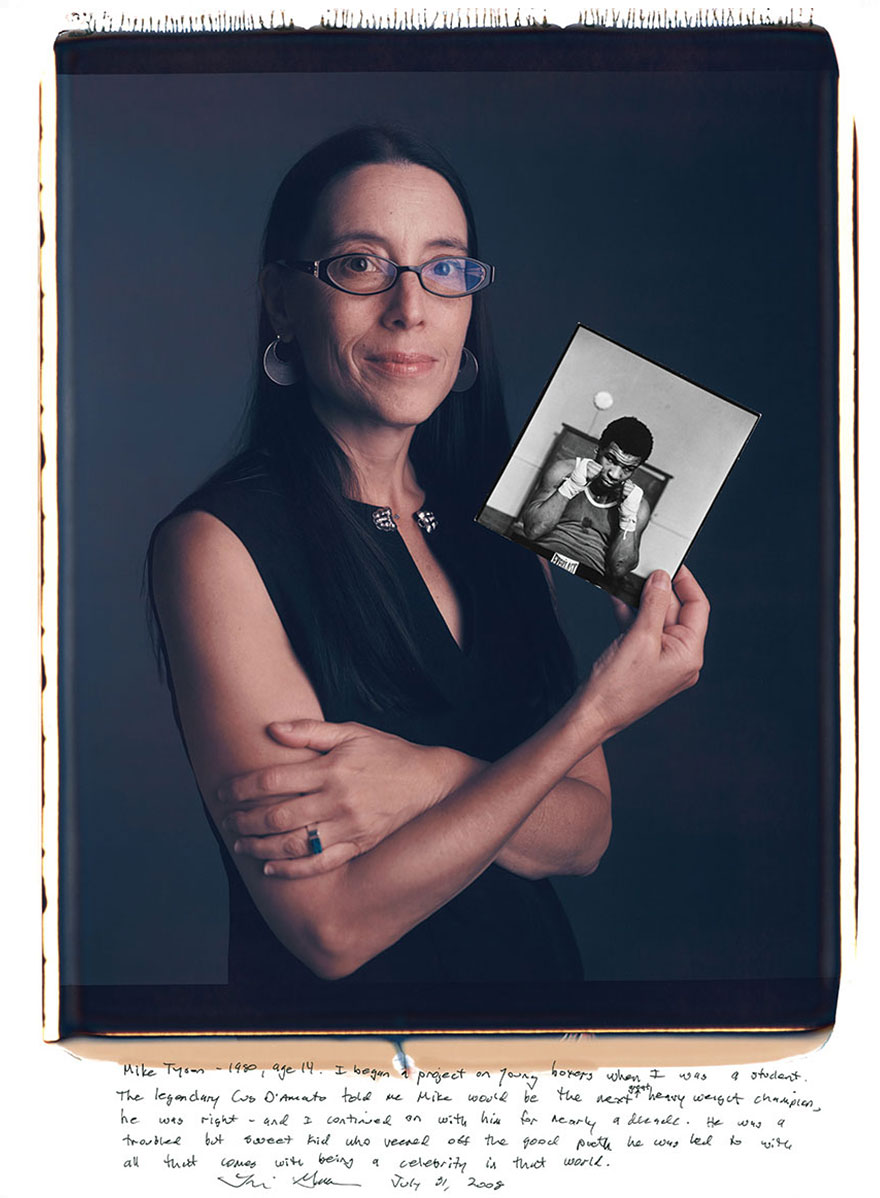 Herman Leonard – Jazz Musicians: It was early 1948 at the Royal Roost in New York. An afternoon rehearsal gave me a unique opportunity to photograph many giants of jazz with my trusty 4×5 Speed Graphic. What a great career! To do what you love and be entertained at the same time! 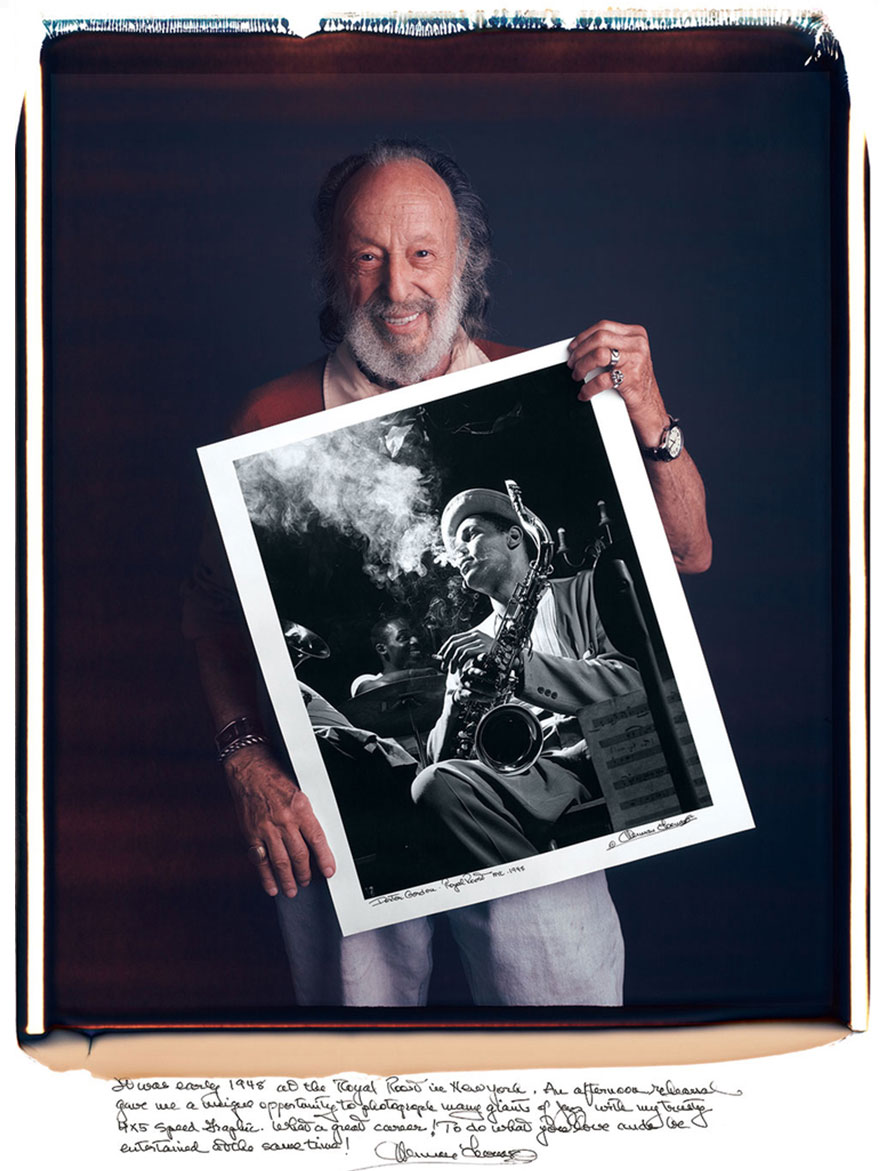 Steve McCurry – Girl In Afghanistan: Peshawar, Pakistan 1984. I looked for this girl for 17 years and finally found her in 2002. Her name is Sharbat Gula. 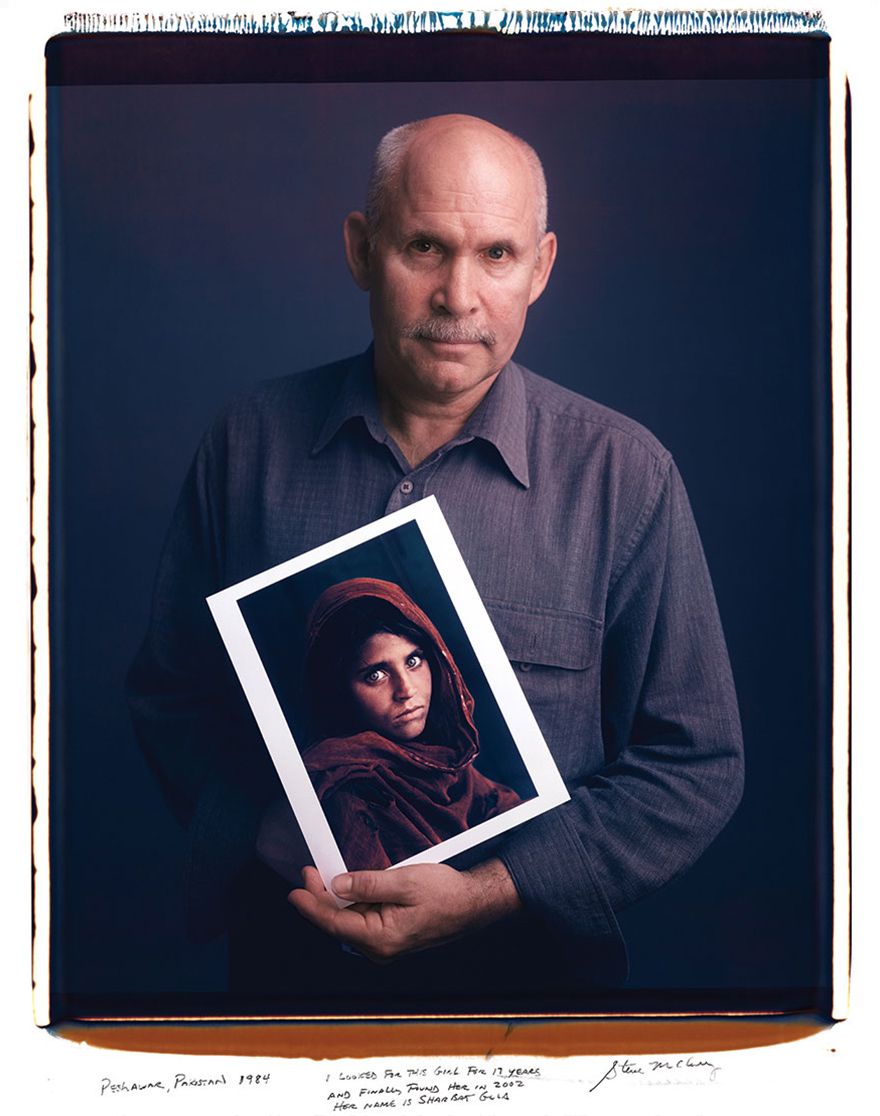 Lyle Owerko – 9/11: No one knew such beautiful warm day would serve as the backdrop to one of the most painful and confusing events to the heart of mankind. This picture is one small part of such a huge event that ties the threads of thousands of stories and millions of people together. Written words will never convey the whole scope of the event, nor summarize the sounds, the smells or even voices that are frozen in my memory bank from that day. I did the best job I could in photographing the 9/11 so that future generations would have the idea of the scope of what happened, to have the evidence how innocence can so easily be snatched away in a razor’s edged moment in time. My hope is that in time the wounds and pain will heal and that wisdom and peace will prevail among the darkness of this event, so that humanity could move forward into a time of grace and understanding. 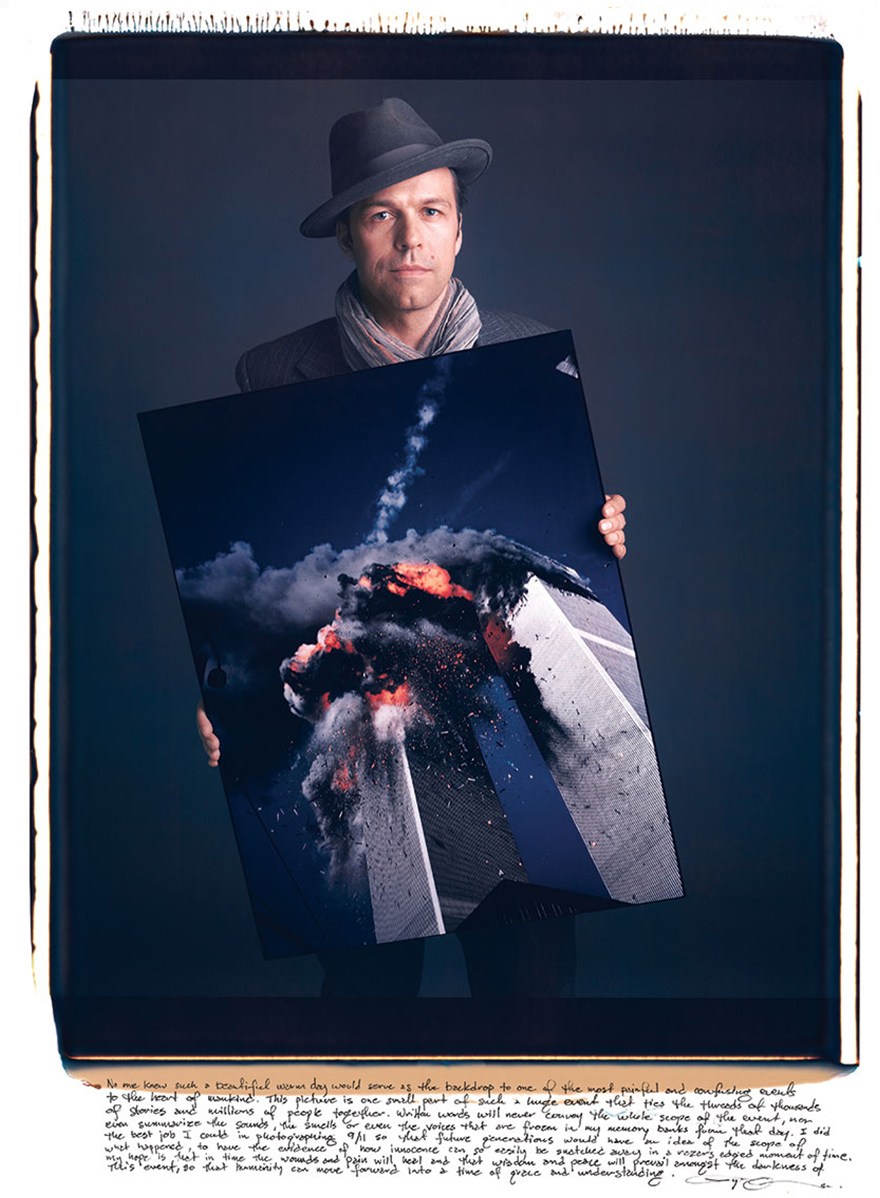