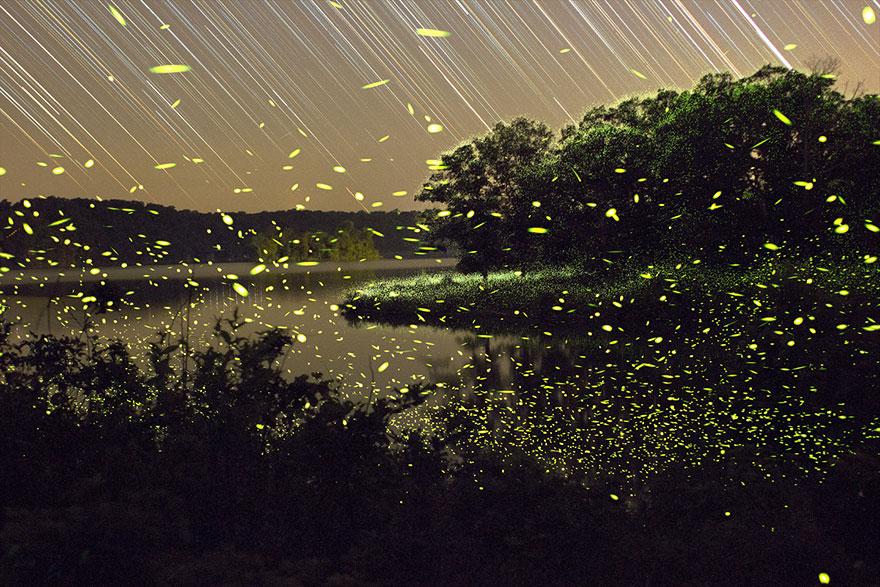 Through the magic of long-exposure photography, Missouri-based photographer Vincent Brady has captured the bright trails of light left behind by fireflies as they perform their nightly dances in the American Midwest.

Fireflies have always captured our attention, especially as children, because they seem like stars that have come down to earth. Brady’s photographs, then, transform them into shooting stars. By keeping the camera’s exposure open as they buzz around, he captures not only their light, but their motion as well. He took the photographs at the Lake of the Ozarks in Missouri and at Grand Ledge in Michigan in 2013. He shot during humid nights, when fireflies are more likely to put on their bioluminescent display.

These insects (technically winged beetles) use their lights to attract both potential mates and potential prey. The light that they emit, which is caused by a complex series of chemical reactions in their abdomen, is considered totally cold – meaning that it doesn’t generate any infrared or ultraviolet light and doesn’t give off heat.

Judging by his website, Brady is a big fan of fireflies. “If your significant other ever says, ‘Honey, we need to spray the yard, we have a firefly problem.’ Break up, divorce, and get a restraining order right away!” he says. “Fireflies just bless you with their presence, light up, make love, and call it a life.” 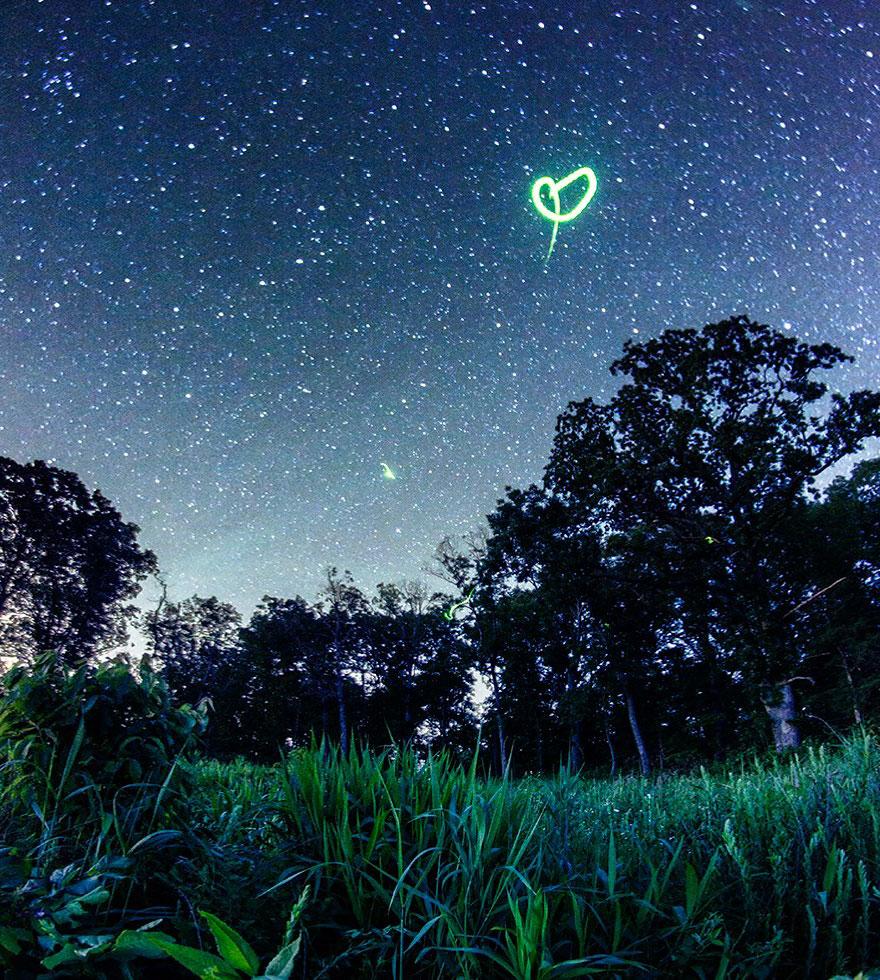 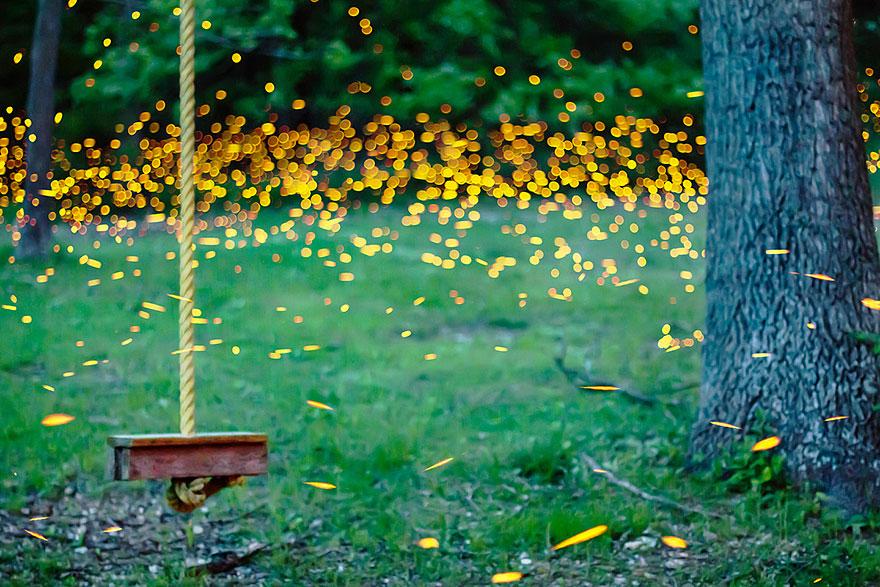 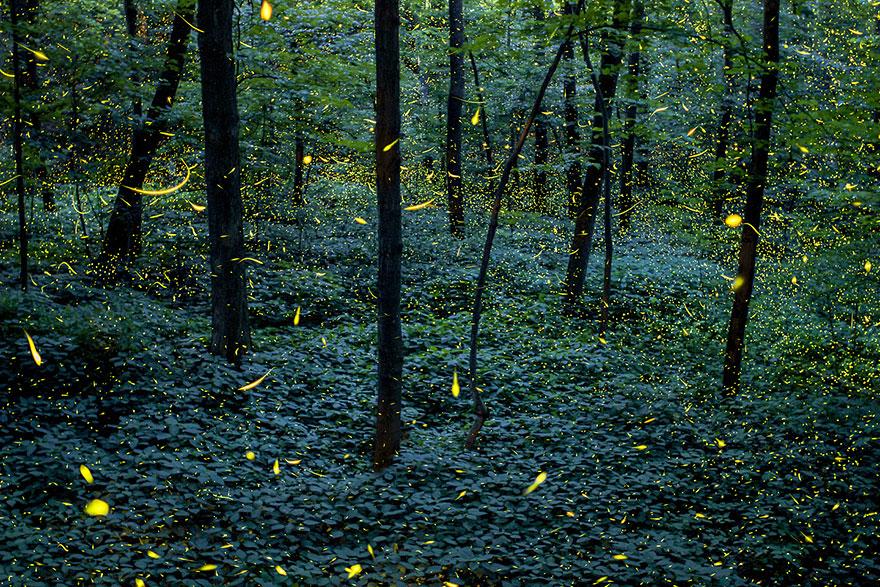 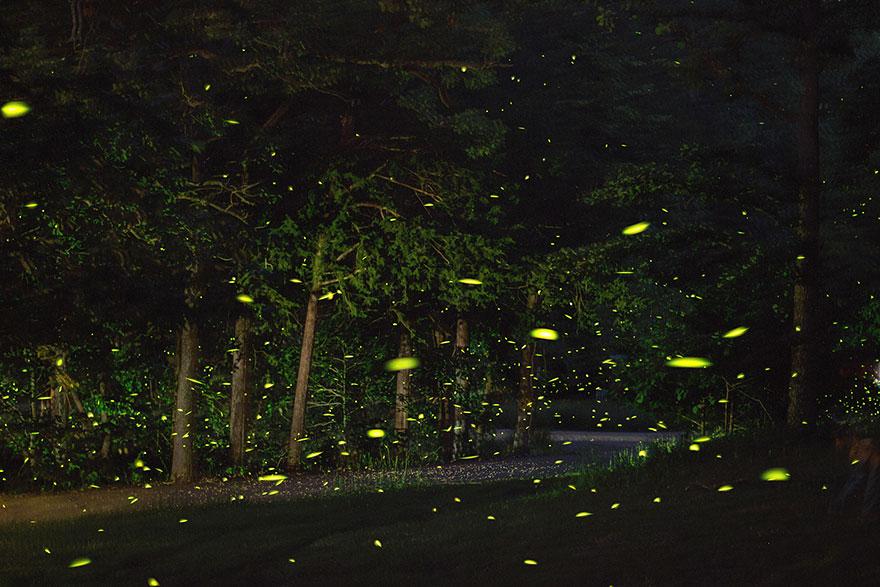 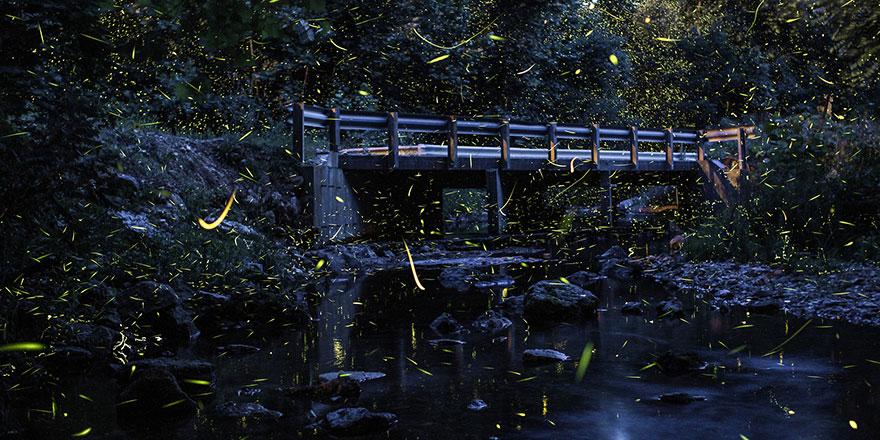 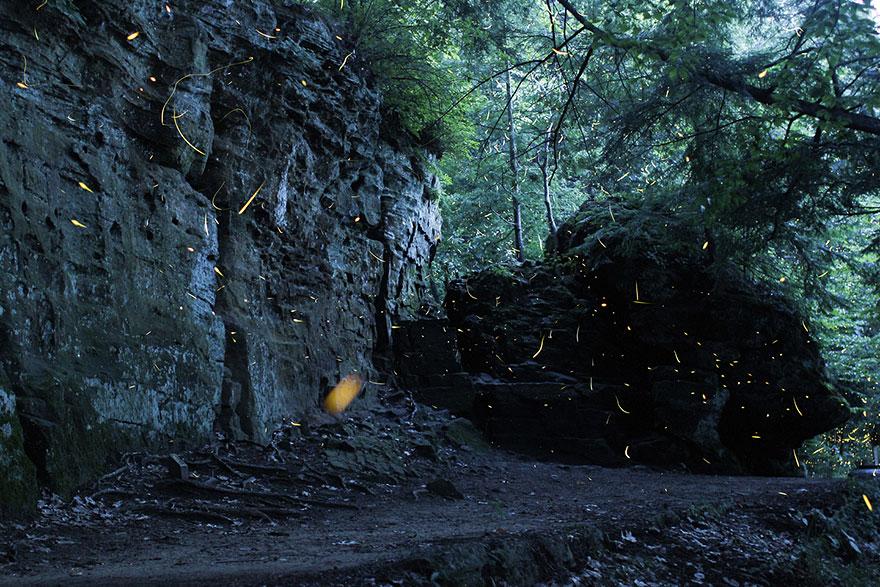 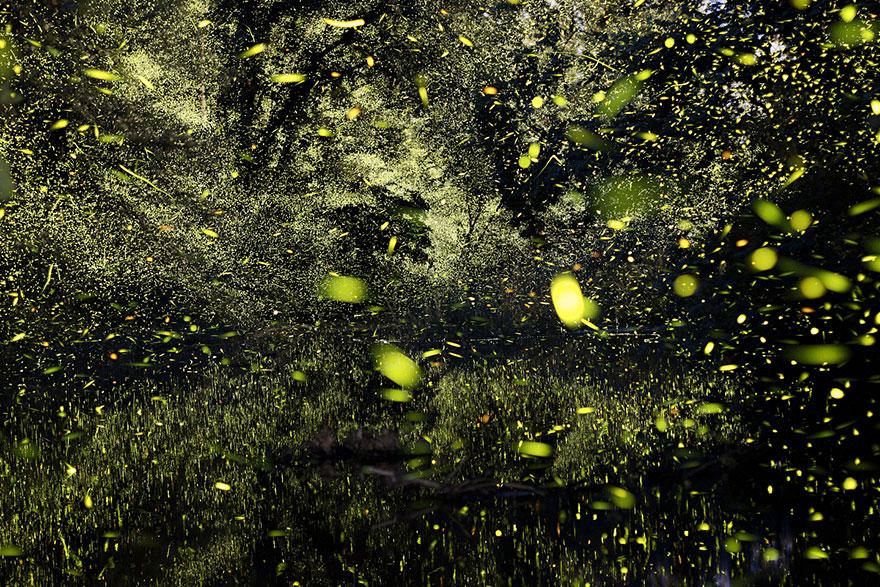 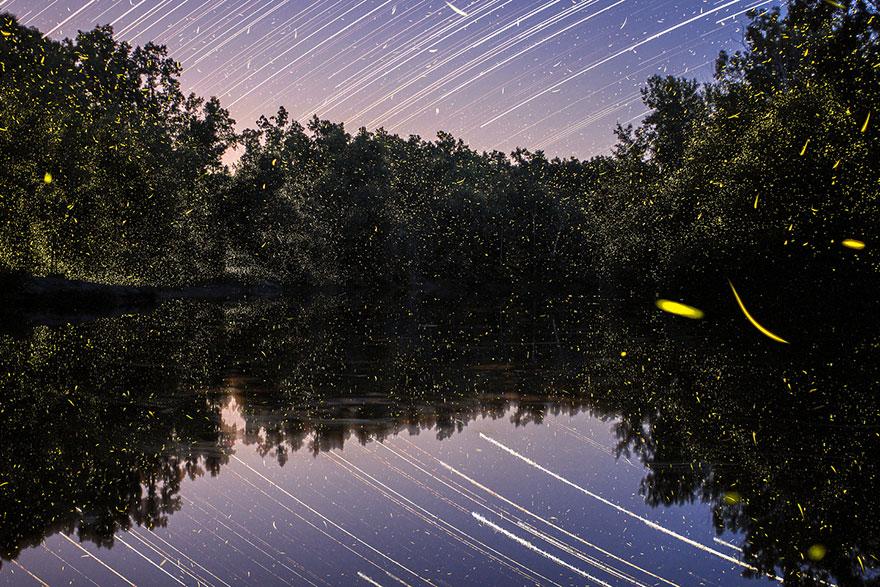 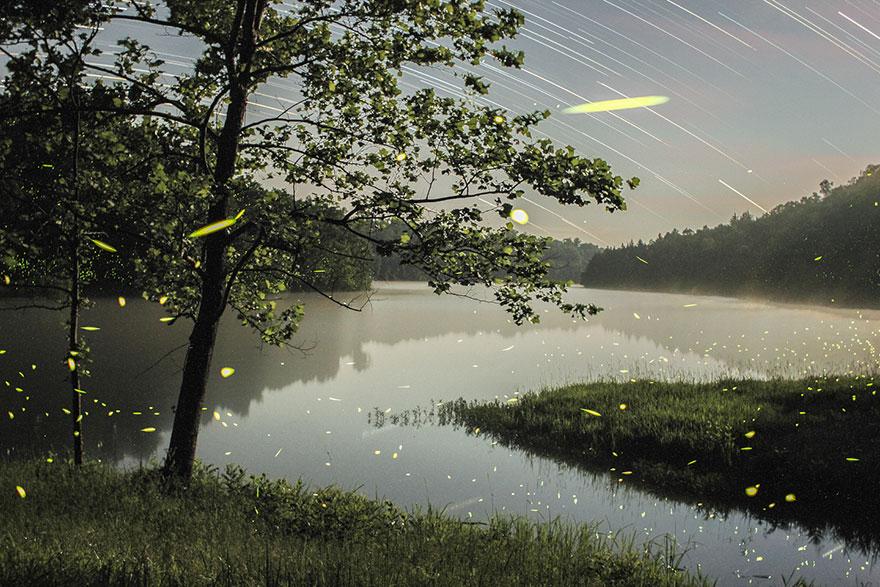 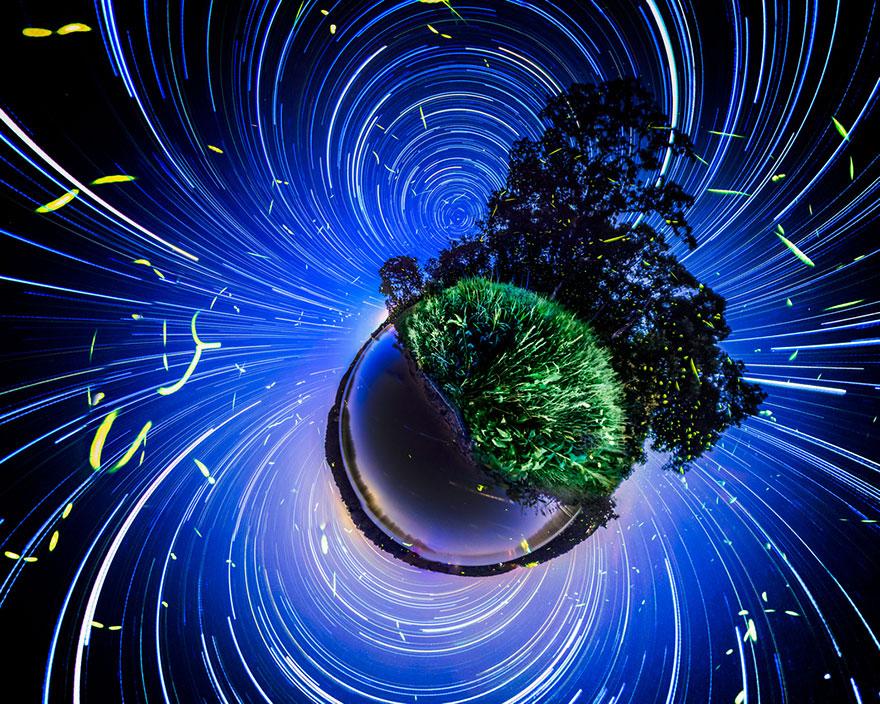