by artFido 3 years ago2 years ago

Fishermen Mallory Harrigan, Cliff Russell and Allan Russell were out a few miles off shore from Labrador, Canada recently when they came across something quite extraordinary. Something was atop a small, mushroom-shaped iceberg, drifting helplessly out to sea, and it wasn’t a creature designed for swimming. It was a starving and terrified Arctic fox, wet through and under attack from circling seagulls.

“It had probably got stuck out there looking for a meal,” Mallory said. “Cliff says he thinks he got out there to check out a bit of meat on the ice and it broke apart, sending him out to sea.”

Knowing that the poor fox was doomed to a terrible fate, Mallory and her crew-mates decided that they had to intervene and do what they could to try to save its life. They pulled their boat alongside the iceberg, and somehow managed to coax the fox aboard. “He was trying to run away from us at first we had a really hard time getting him aboard,” Mallory told us. “We had to break the ice he was on and get him with the dipnet. He fought and fought to get away until he literally couldn’t move anymore.”

Having finally succeeded in bringing him aboard, the crew made a makeshift bed for the frail and vulnerable creature and began to nurse him back to health. “We scooped him up and he retreated to the corner. He was too weak to do anything when we brought him aboard, he slept most of the way! When we came to he was a bit nervous but once we fed him he was pretty calm.”

“He wouldn’t eat at all for the first 5 or 6 hours. We gave him chips and crackers but he didn’t want anything until he woke up and we fed him a tin of Vienna sausages.”

Back on dry land the grateful fox was released back into its natural habitat, well rested and with a belly full of sausage. A simple act of kindness from the crew had saved its life, and Mallory says that she still sees it around from time to time, exploring some old dog houses in William’s Harbour. No more unscheduled sailing trips for this lucky guy!

Scroll down to check out how it all unfolded below, and feel free to share your own animal rescue stories in the comments!

Crew aboard crab-fishing boat The Northern Swan noticed something weird, 4 miles away from the shore 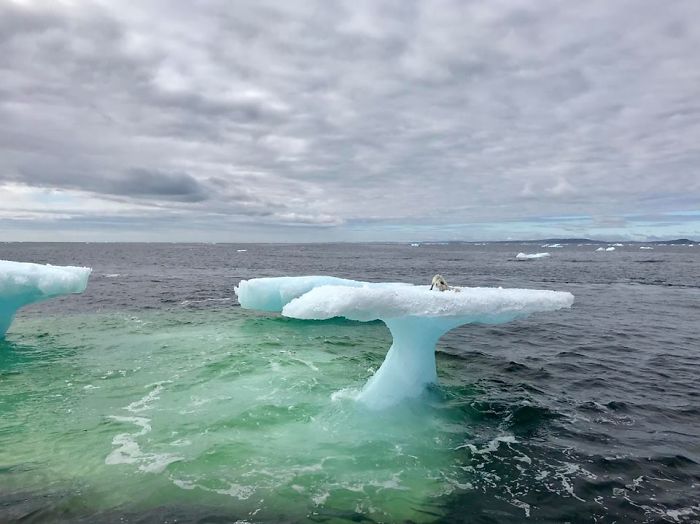 A mushroom-shaped iceberg had an unwitting passenger stranded atop it 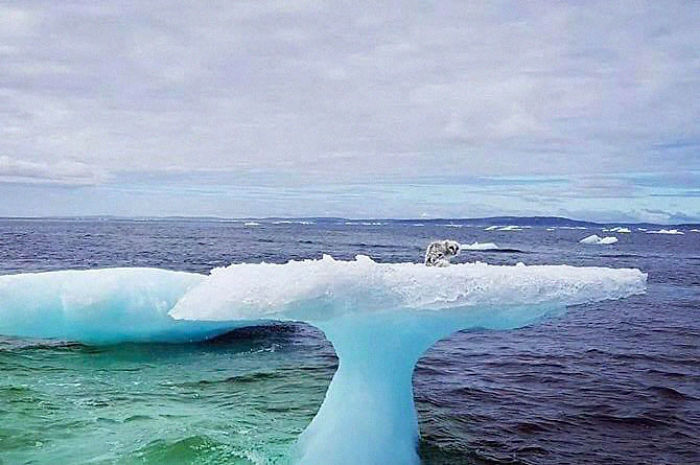 The crew first thought it was a baby seal 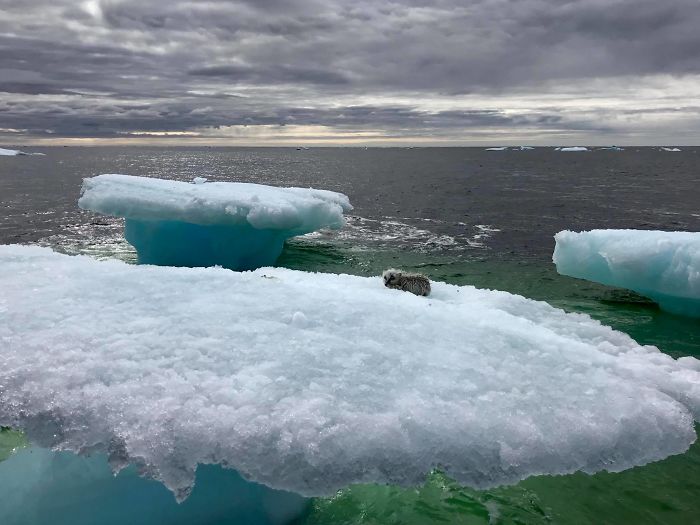 Turns out it was an arctic fox 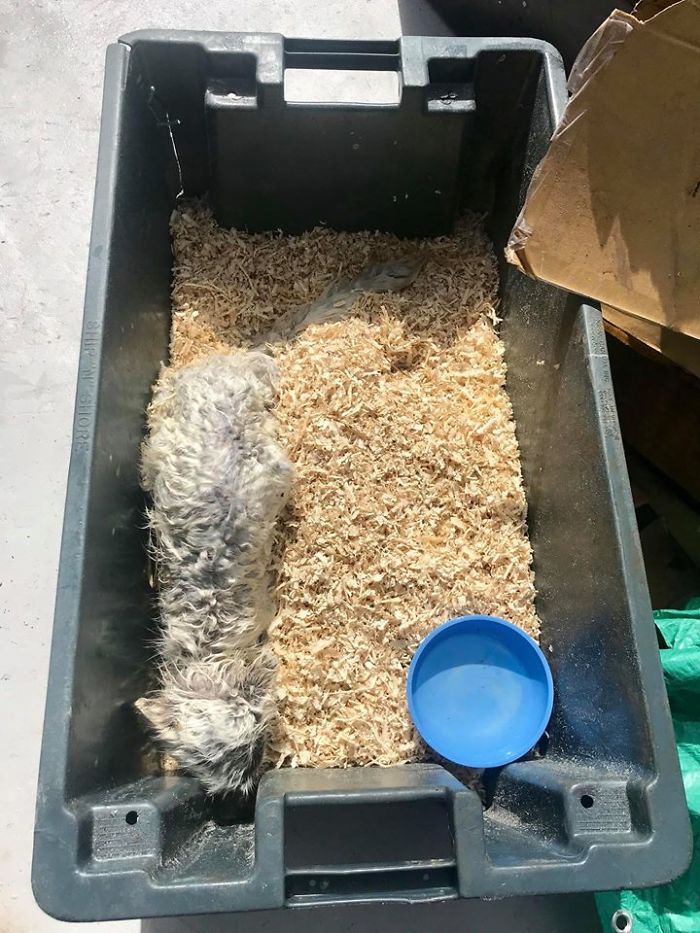 “It had probably got stuck out there looking for a meal,” Mallory Harrigan told us 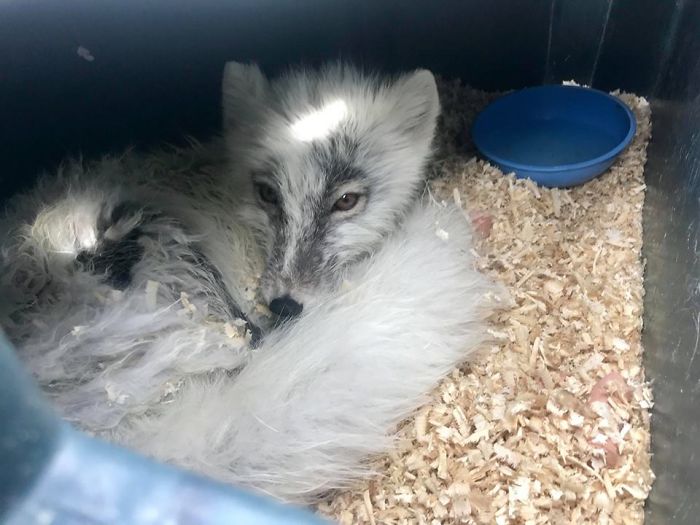 They lured the frightened animal onto their boat 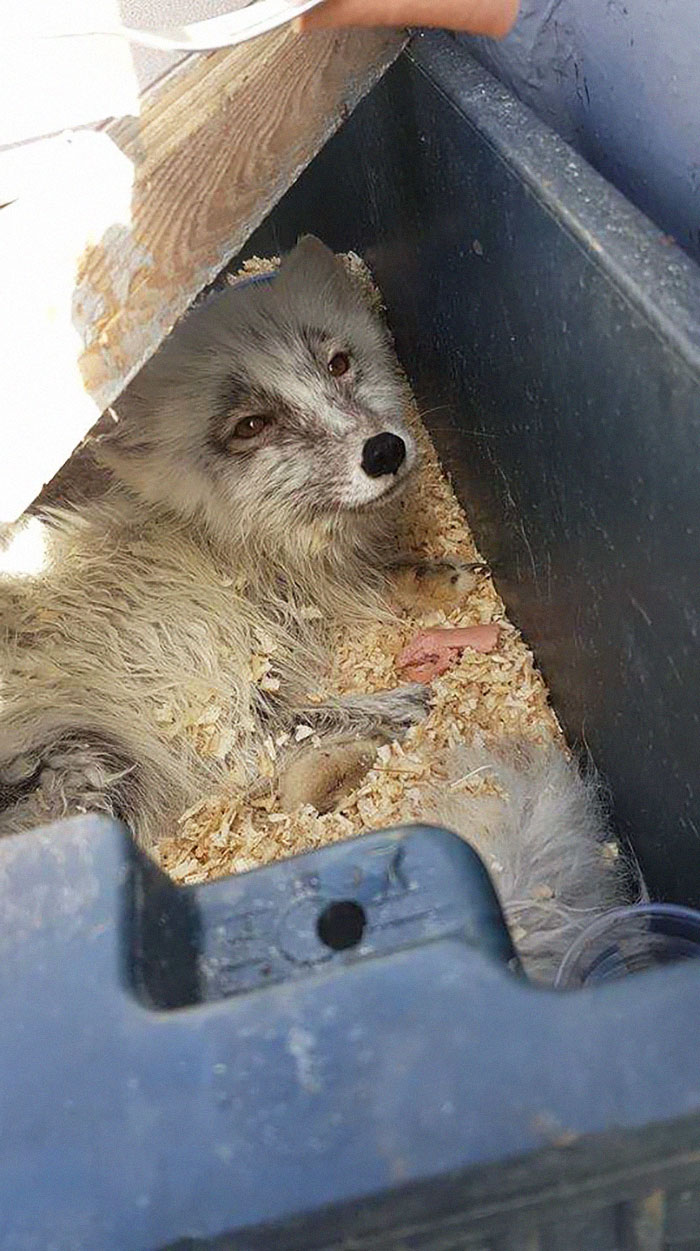 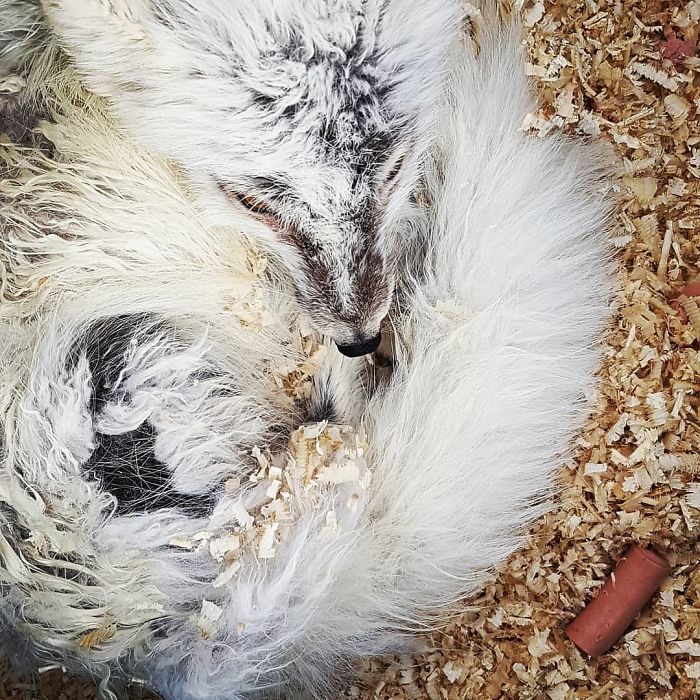 Back on dry land the grateful fox was released back into its natural habitat, a simple act of kindness from the crew had saved its life 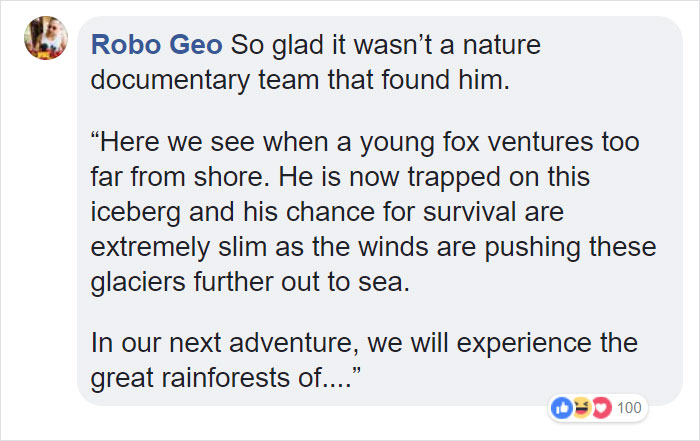