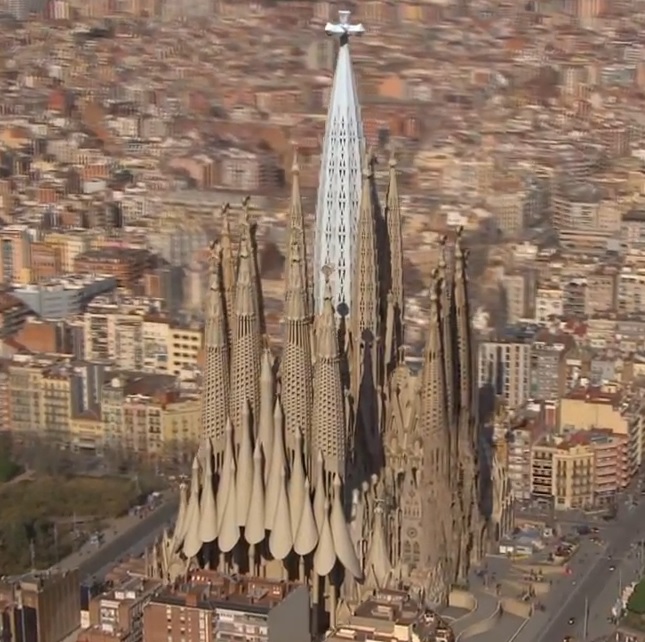 When Spanish architect Antoni Gaudi was tragically killed by a train in 1926, he was in the middle of building of his masterpiece—the Barcelona basilica, Sagrada Familia. Eighty-six years later, the church still isn’t complete. But according to Jordi Fauli, the current architect on the magnificent life-sized sand castle, it’ll be done by 2026. This is what it’s going to look like.

Construction on Sagrada Familia began in 1882, and since Gaudí’s death, nine architects have been put on the famously never-ending project. One of the controversial roadblocks to its completion was the fire in the crypt of Sagrada Familia in 1936, which destroyed all the plans, sketches, and models Gaudí had left behind, forcing later designers to interpret what theythought the brilliant Gaudí wanted the basilica to look like.

This video shows what the culmination of the work being funded mainly through public donations, including the massive, yet-to-be-finished 172 metres (564-foot) tower at its center. But a lot can happen between now and 2026—so we’ll believe it when we see it.