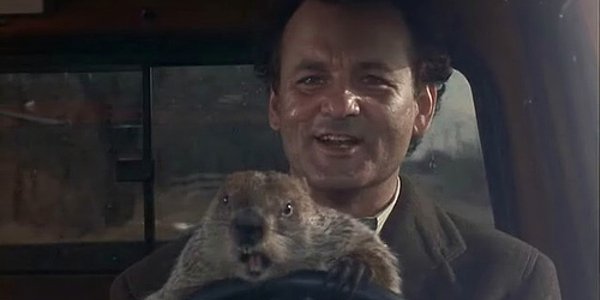 With Christmas fast approaching, television stations have started playing their “Christmas Classics”.  One such classic, and one of our absolute favorites, is ‘Groundhog Day’ starring Bill Murray and Andy MacDowell.

In case you didn’t know, February 2nd is Groundhog Day, but the TV peeps don’t seem to care too much with details as Groundhog Day is one of the most frequently played movies of all time during the Christmas holidays (Editor’s note: we have no evidence to support this… it’s just a hunch).  If you’ve watched Groundhog Day before (and let’s face it, who hasn’t?), you’ve likely pondered the eternal question – one of the most asked questions in cinematic history…

Just how many days does Phil Connors actually spend trapped in the perpetual loop of Groundhog Day? 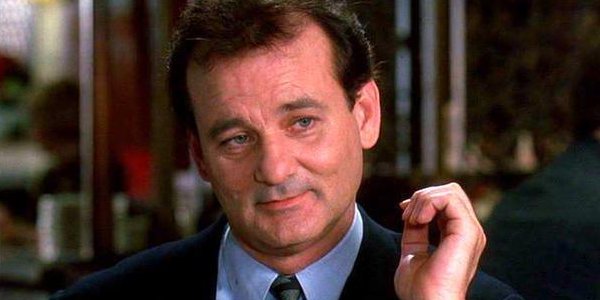 How many days did Phil Connors spend in Punxsutawney? According to Harold Ramis, on the Groundhog Day DVD commentary, Bill Murray spent 10 years trapped in his own little corner of hell. This seemed like a bit of an arbitrary number to us, which in turn brought out our inner OCD-cinematic-geek.  It seems that similar reactions have been felt by several others on the interwebs. The guys at Wolfgnards seem to have come up with the most considered answer, and we’re sticking with it.

So here it goes:

There are, at least, 36 separate days shown in the movie including his multiple death scenes. There could be more, but it’s hard to verify if some moments are simply later in the same day or an entirely different day. Additionally, in the scene where Bill Murray reveals he is a god, he states, “I have been stabbed, shot, poisoned, frozen, hung, electrocuted, and burned.” Of those the movie only showed electrocution, so that brings it to a base line of 42 accountable days. However, there were many days not shown. We know from the scene when Billy Murray and Andy MacDowell are throwing playing cards into a top hat that it would take, “Six months. Four to five hours a day, and you’d be an expert.” So, we have a bare minimum of six months. 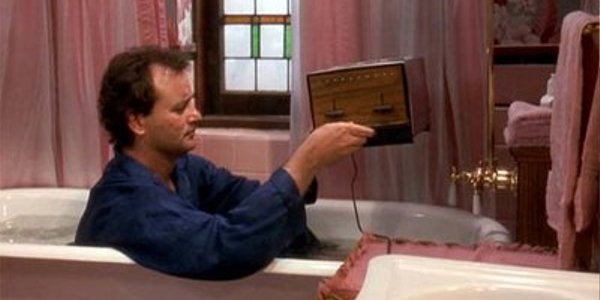 But we can do better than this. In the first half of the movie, the only other truly time consuming event was the the robbery. Let’s give him at least a month to plan a proper bank robbery and memorize when the wind gusts. This brings us to roughly 256 days by the time he decides he wants to be a better man. 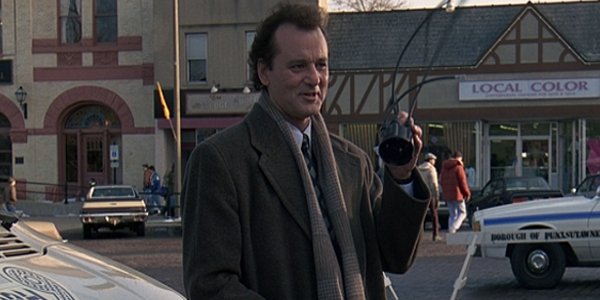 However, becoming a better man is the most time consuming part of Phil’s journey. He needs to become an expert pianist, an ice sculptor, and learn French. The tough part about this is that is that no one learns these things at the same rate. He could be a very old piano wunderkind after all. Or it could take him 600 years to become a decent ice sculptor. 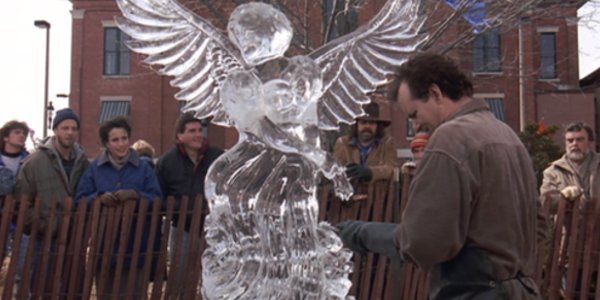 For the sake of argument let’s say it takes an average person 3 years to learn to play the piano. It also would take an average person 3 years to become a professional ice sculptor. However, we don’t know how good Phil was at either… maybe, he just learned one song, or just how to sculpt Andy MacDowell’s face. But for the sake of argument, let’s say three years apiece. And he cannot do both at the same time because an ice sculpture is 8 hours of work, and he only has a small window each day to get a piano lesson. Learning French? Who knows. It’s safe to say it would take him at least 2 years to learn enough French to read French poetry. 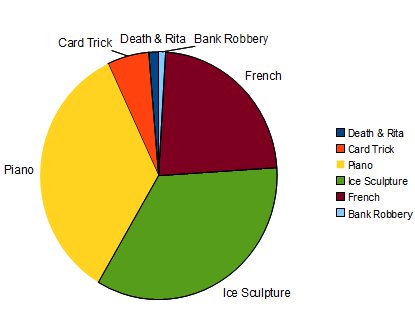 So here comes the maths (eek!):

So in the end, Harold Ramis was right and we wasted a Bill Murray length of time trying to work it our ourselves.  We will never be able to get this time back. Ever.

Others have attempted to count the days, and various mathematical formulas and algorithms have been used in order to answer the question. We even saw an abacus.  But we like our conclusion, and are sticking with it.  You heard it right folks, Bill Murray spent a total of 8 years, 8 months, and 16 days stuck in Punxsutawney.  Phew for that. You can thanks us later… 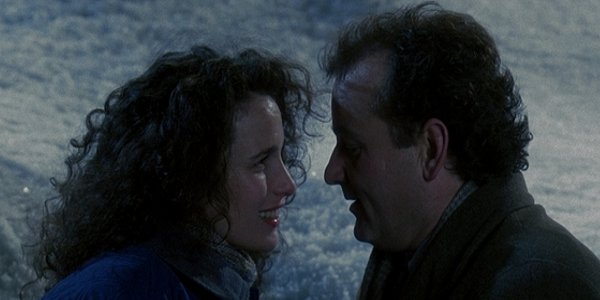