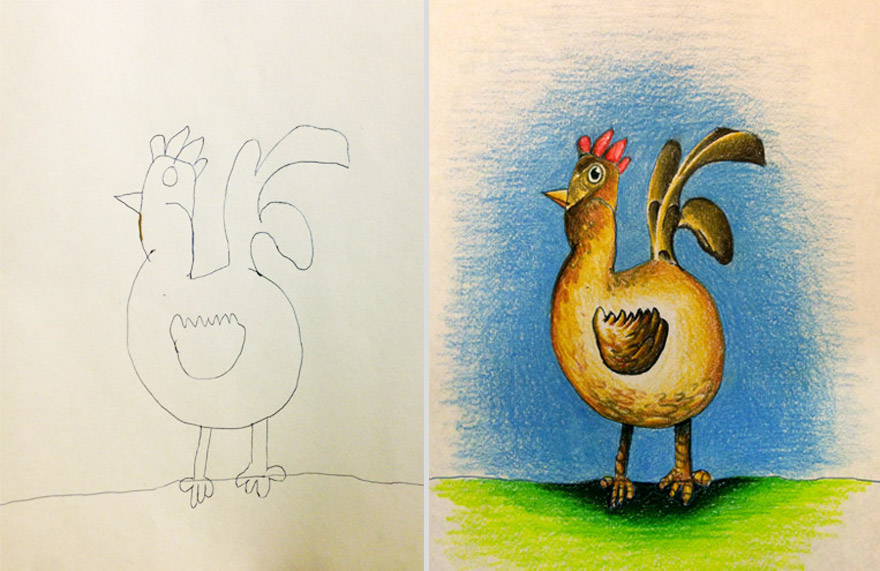 A little while ago, we introduced you to illustrator Mica Hendricks and her 4-year-old daughter who collaborated on a wonderful series of drawings that pass back and forth between mother and daughter until reaching an always unexpected final form (read HERE).

It was therefore an absolute delight when we discovered that redditor Tatsputin did a similar thing with his own kids.  When Tatsputin goes on his monthly 3-hour business flights, his two children give him their drawings to color in. The creative dad began by using colored pencils, later switched to the ArtStudio app on Ipad, but is now thinking of returning to the colored pencils.

“Apparently it’s ok to go on a plane with dozens of sharpened pencils,” – says Tatsputin.

The results combine the unrestrained creativity of a child with the beautiful illustration of an artistically talented adult. We think they’re absolutely gorgeous!

“This one is an araucana from my son. These I did while at home.” 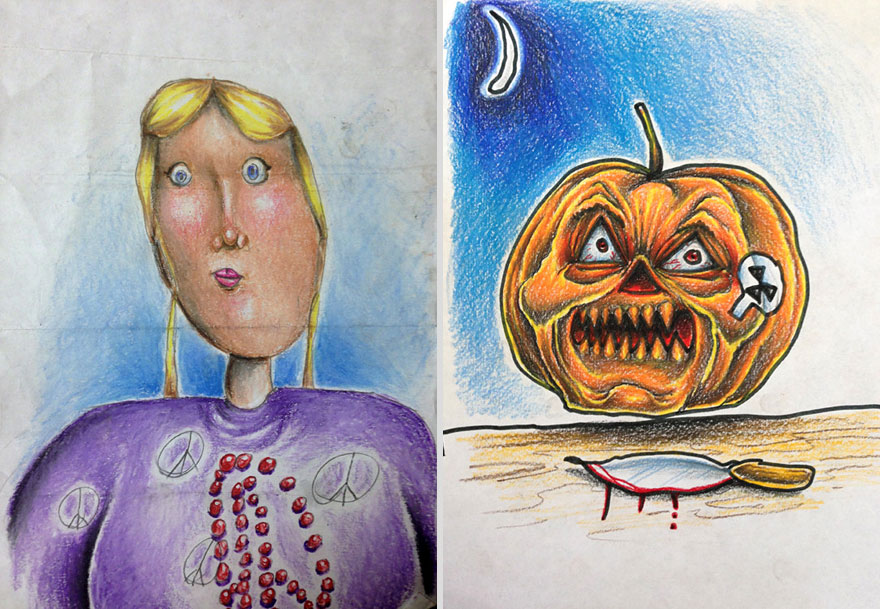 “I did this one [left] a few years back on a whim to see how it would look if I colored one of my 4 yr old daughter’s pictures. This is the one that started it all for me… This is also when I realized that I should take before pics.” “This one [right] is from my son, then 7.” 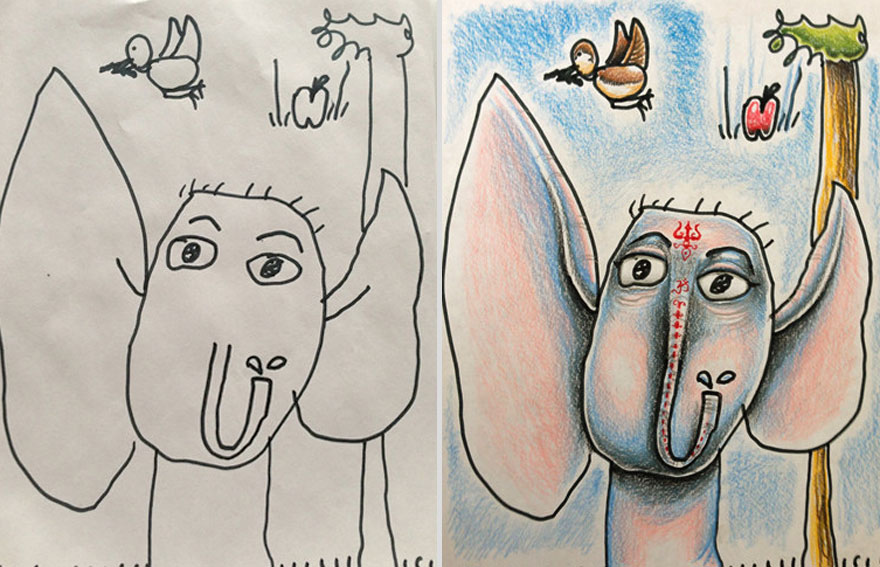 “My daughter, at this point 5, drew this for me saying it was an elephant boy that tells her things in her dreams. I thought this would be the neatest way to color it at the time.” 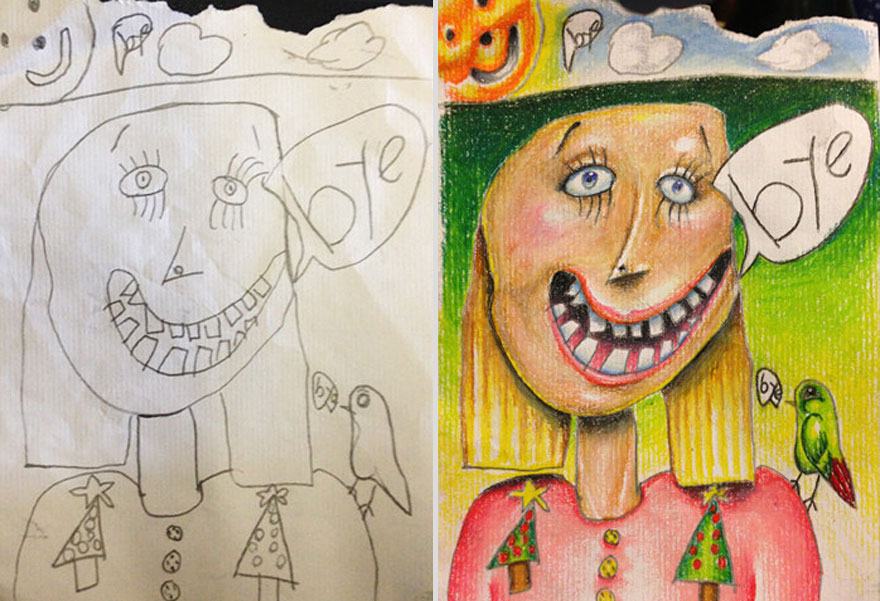 “After a few months, I remembered about coloring the previous drawing and asked my daughter to draw me another one for my trip. Apparently it’s ok to go on a plane with dozens of sharpened pencils.” 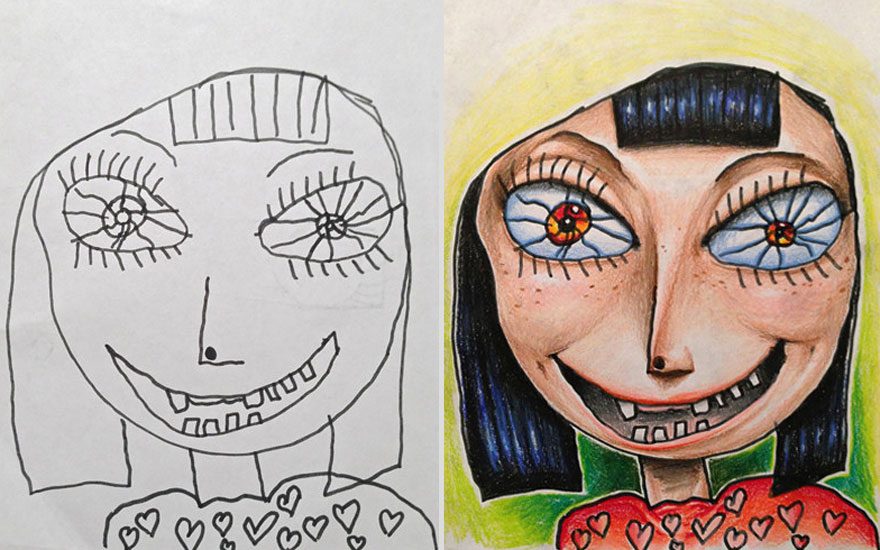 “I got in trouble for this one. Apparently she wasn’t supposed to have a red shirt. I had to claim artistic license with my contribution and that was that.” 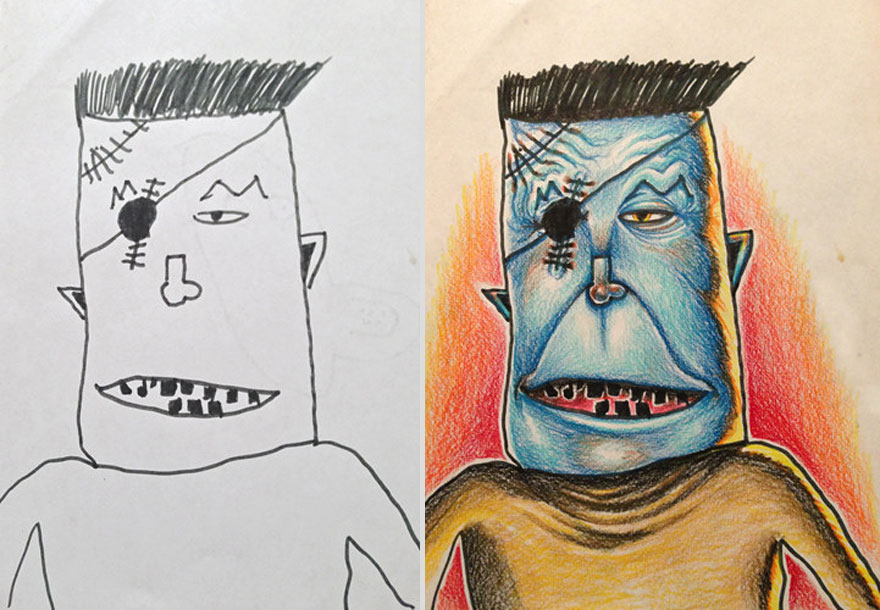 “On my next trip my 6 yr old son wanted to get in on the act. This time they both drew me up something.” 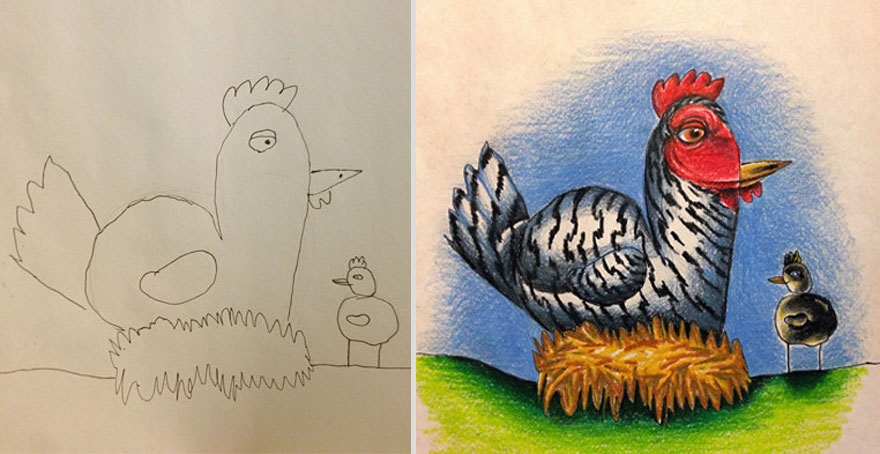