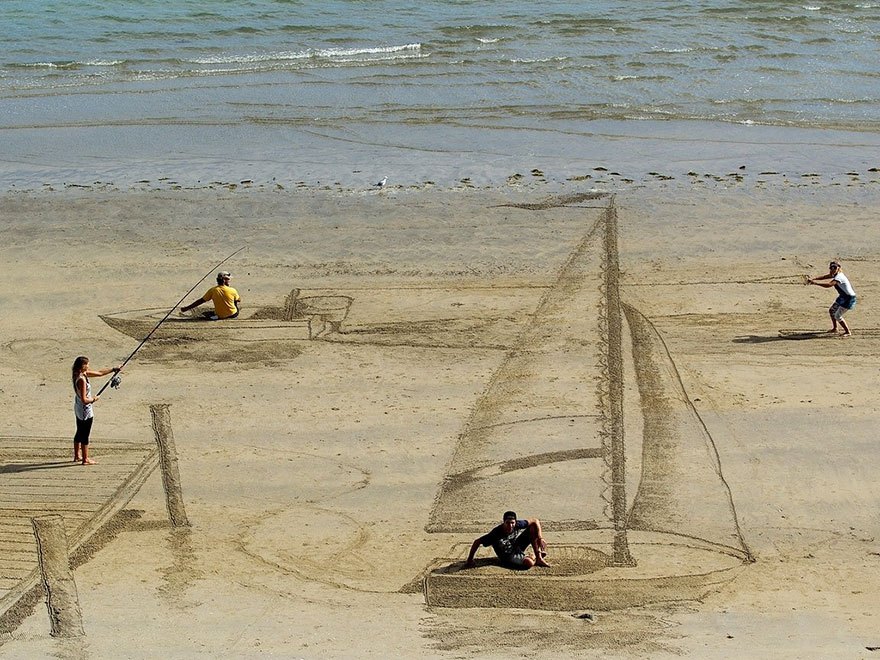 Public sand art on beautiful beaches has been done before, but we’ve never seen anything quite like this before! Jamie Harkins, a talented artist and musician from New Zealand, has been keeping busy creating fun optical illusions and 3D images on beaches that keep passers-by bewildered and delighted.

Harkins employs the same trick of perspective that sidewalk chalk artists employ when they fool us into thinking that their 2D illustrations are actually 3D. It’s called anamorphosis, and it requires that the viewer observe the art from a certain perspective for its illusion to work. Harkins’ art would appear like meaningless lines to people on the beach, but viewed from afar, they transform into sailboats, docks, steps, or other artistic images from Harkins’ wild imagination. He adds an excellent, mind-bending touch by getting people to pose within his images, further blurring the line between reality and illusion.

Harkins explained the motivation behind his artwork in an interview with The New Zealand Herald: “We’ve seen other people doing stuff on beaches, but it’s always been geometric, flat shapes, like a pattern, so we thought we’d get into the whole 3D thing. And I kind of like the fact that it disappears at the end of the day when the tide comes in. It makes it impermanent.” 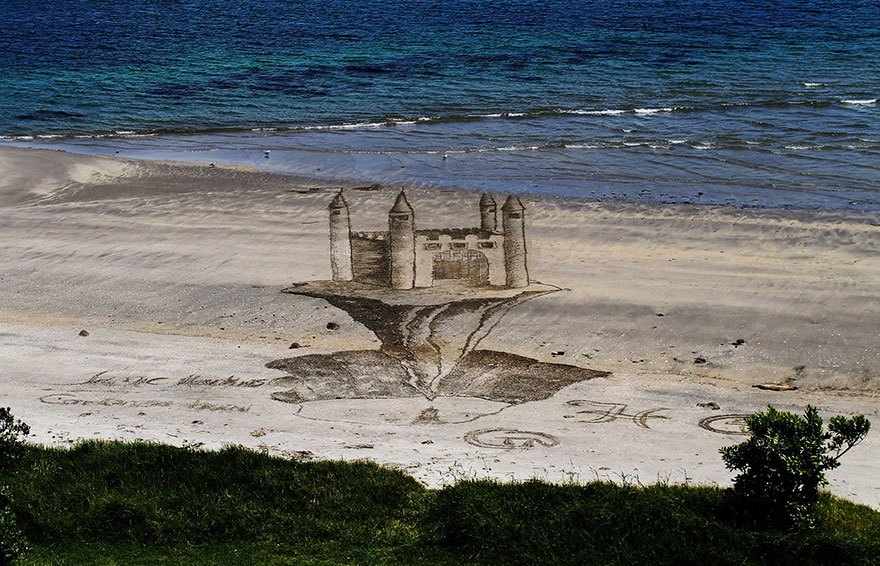 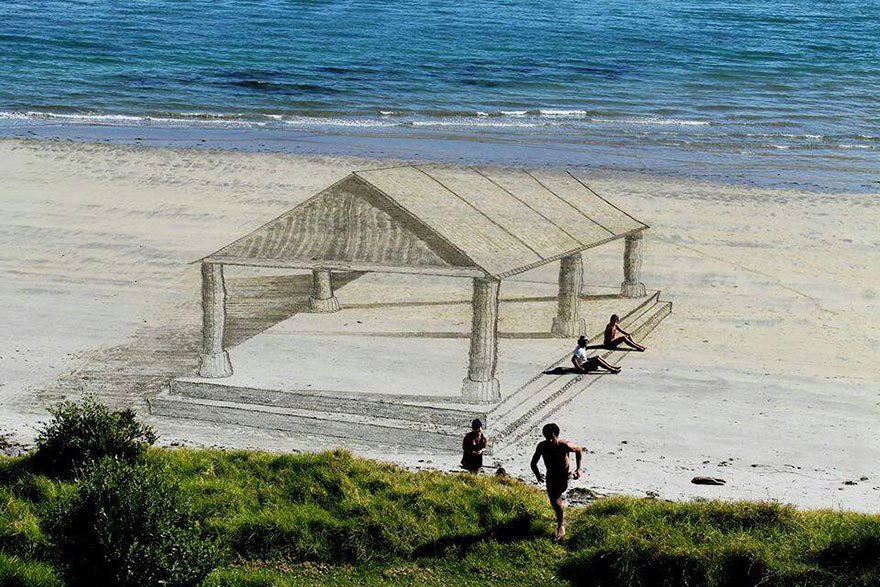 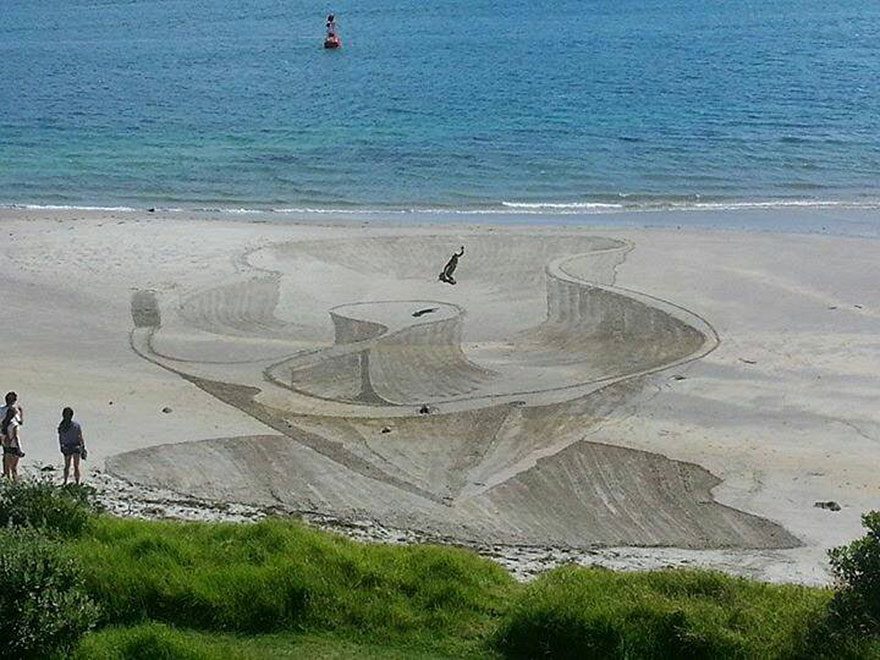 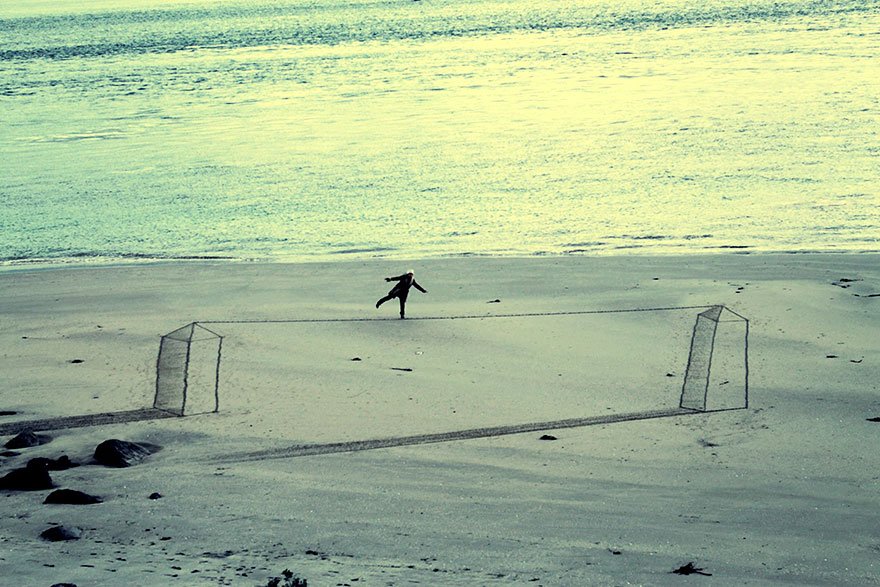 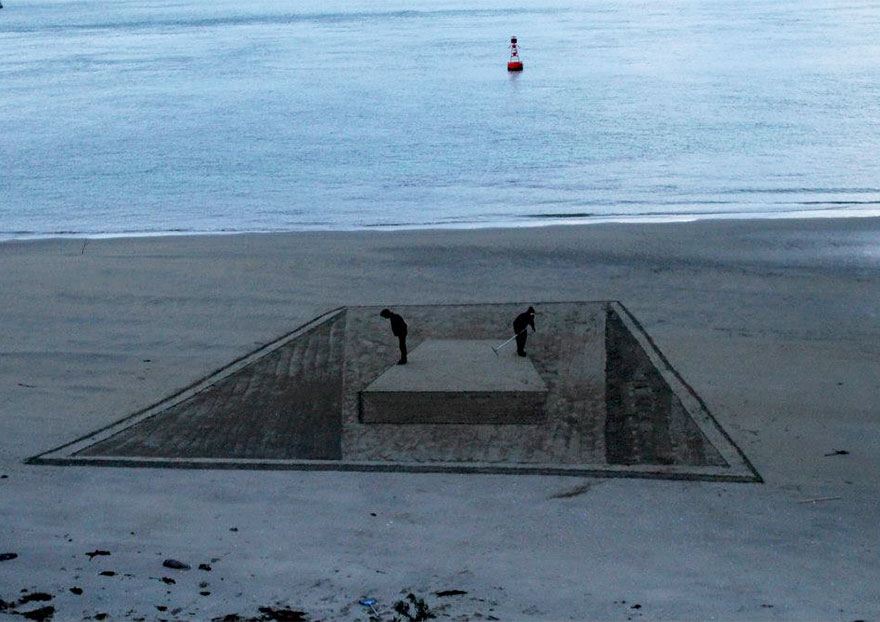 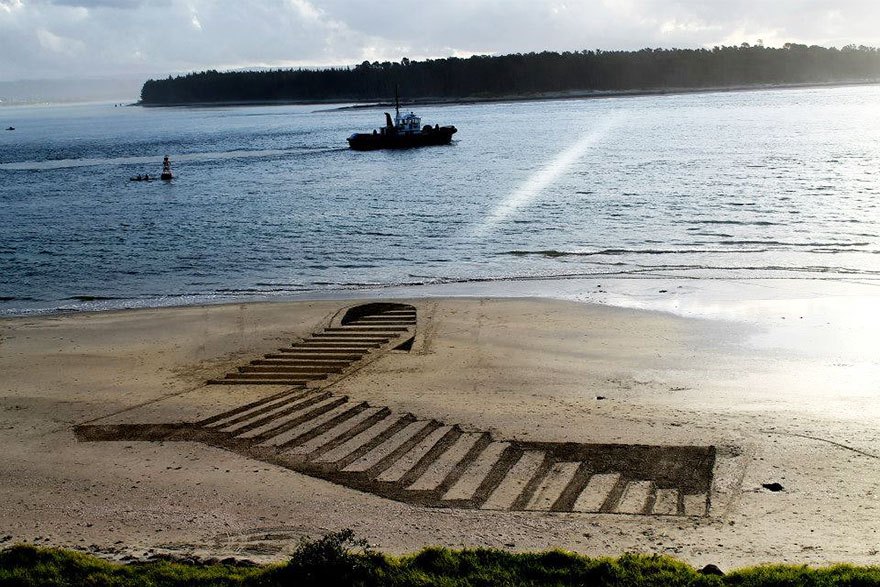 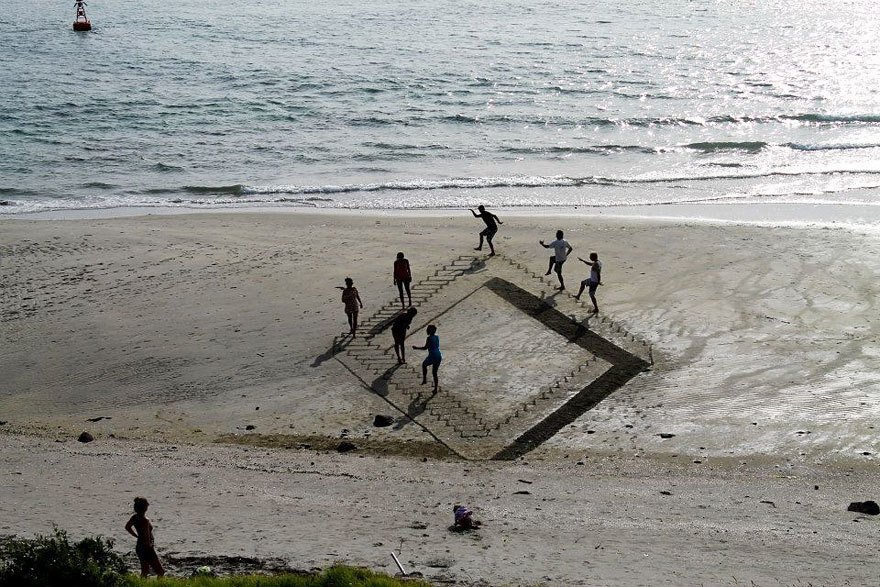 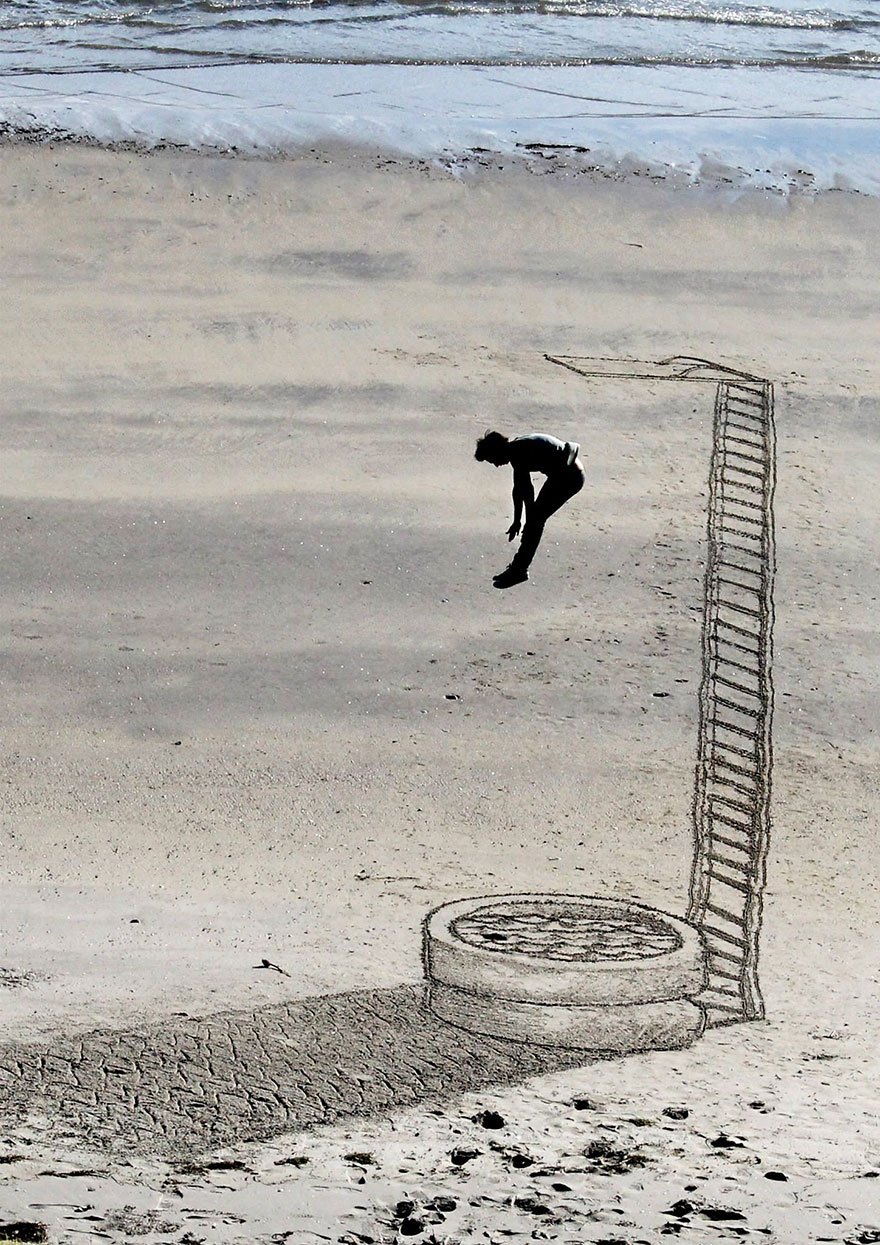 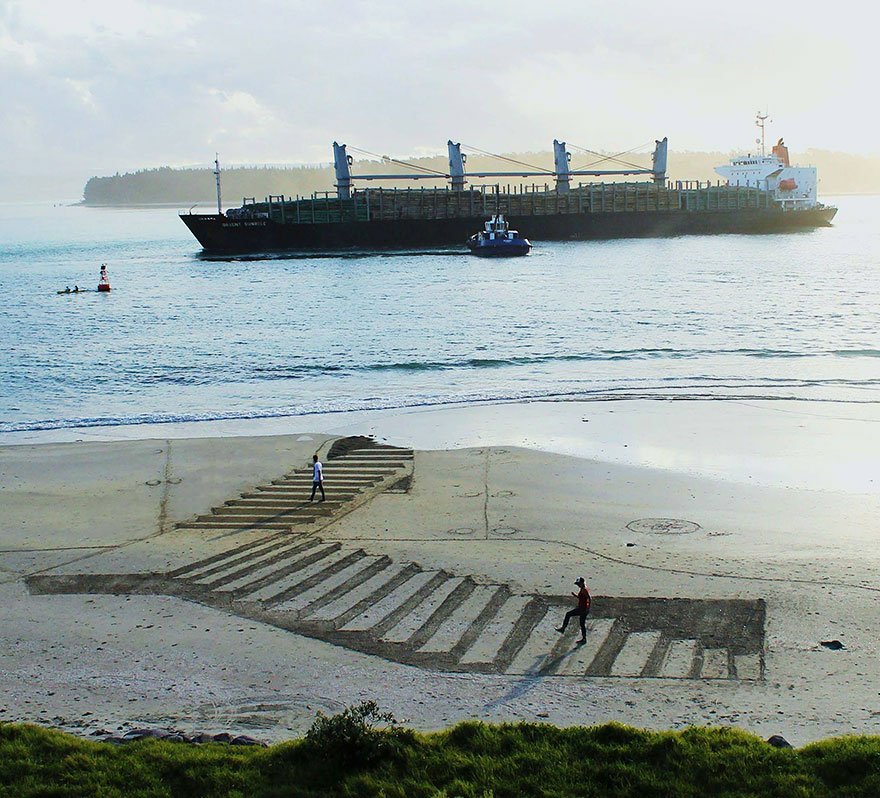