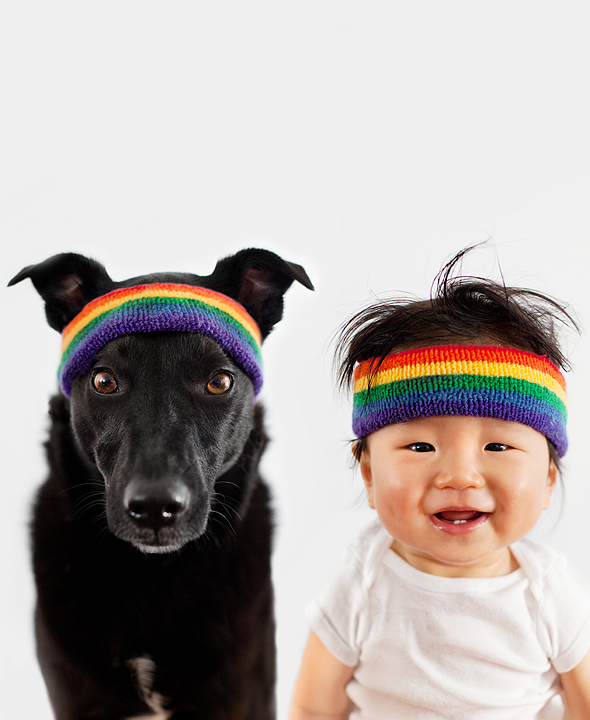 Meet Zoey and Jasper. Lifestyle photographer Grace Chon recently turned the camera on her 10-month-old Chinese-Korean baby Jasper and their 7-year-old rescue dog Zoey, putting them side by side in the most adorable portraits you’ll see today. What led her to start a series? “I’ve always dressed up my dogs in silly costumes, so naturally when I had a baby I started collecting some hats for photos,” Grace tells us. “One day, I put one on Zoey and I had the epiphany that baby hats look ridiculously adorable on dogs too! My sister had the brilliant idea of sitting them side by side in a photo. The response was immediate and I just kept going with it. I love my dogs fiercely (I’m a crazy dog lady through and through!) and it was really important to me that my dogs have a great relationship with Jasper. Zoey has exceeded my expectations as a big sister and I’m so glad I’ve found a fun activity that involves both of them!”

Though you wouldn’t be able to tell in these photos, Zoey, the dog, is very shy. The story about how she came to live with Grace and her family is heartbreaking but comes with a happy ending. “She had a difficult start in Taiwan as a rescue dog,” Grace explains, “she was born in front of a store and the owner washed her and all her siblings into a gutter. A schoolgirl walking by witnessed this and scooped up all the puppies and carried them home, with Zoey’s mom following her all the way. She contacted Animal Rescue Team in Taiwan and they prepared the puppies and mom for adoption in the states.

“I went and picked up Zoey at LAX and the rest is history. She can be very afraid of new things, so I was surprised how much she took to wearing clothing. I know it sounds crazy, but I think it builds her confidence when she wears clothes. She does a happy dance when the props come out and she loves posing for the camera! Typically when I work with dogs I have to use a lot of treats to keep them motivated, but Zoey doesn’t need any of that. She’ll sit still very patiently and pose until we’re done.”

Jasper, on the other hand, just exudes happiness. “Jasper is seriously the happiest baby ever,” says Grace. “He’s been smiling for photos since the day he was born. When he was younger and I would share photos of him, people would always ask if he was actually that happy or if I was just catching split second smiles. He actually is that happy! He’s used to smiling when the camera comes out and loves photo time. The entire shoot takes less than 5-10 minutes (I shoot really, really fast!) so once we’re done it’s off to crawling and exploring again.” 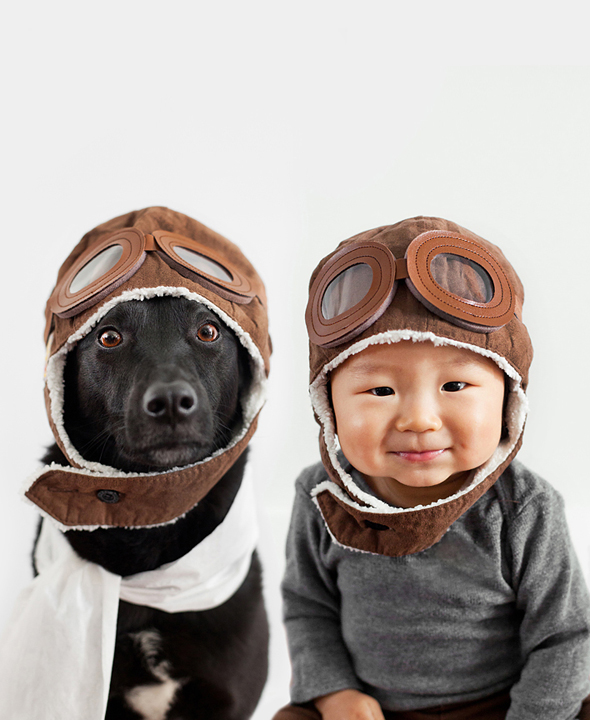 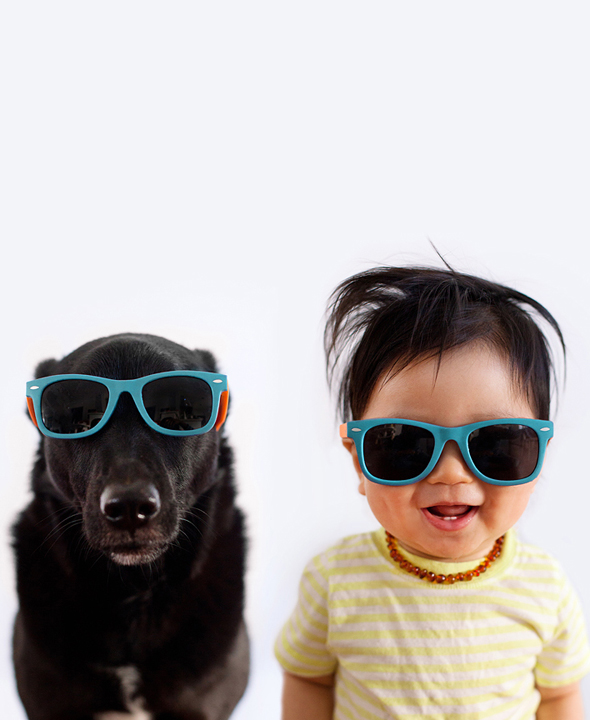 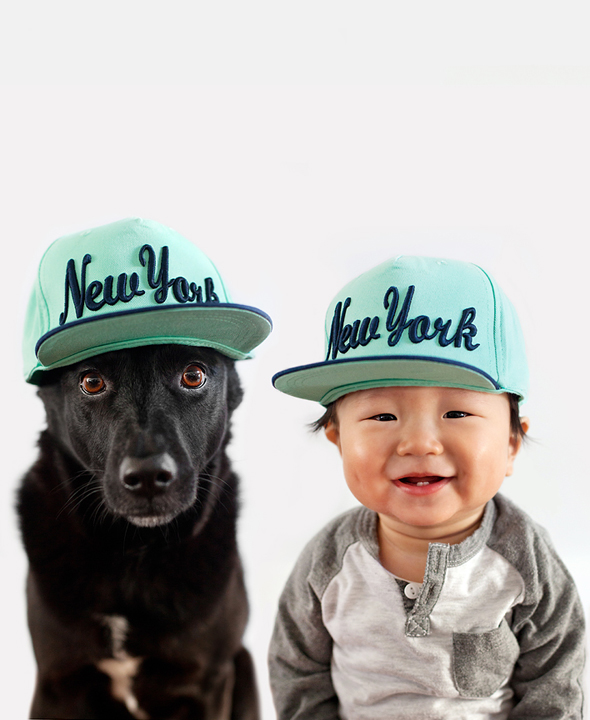 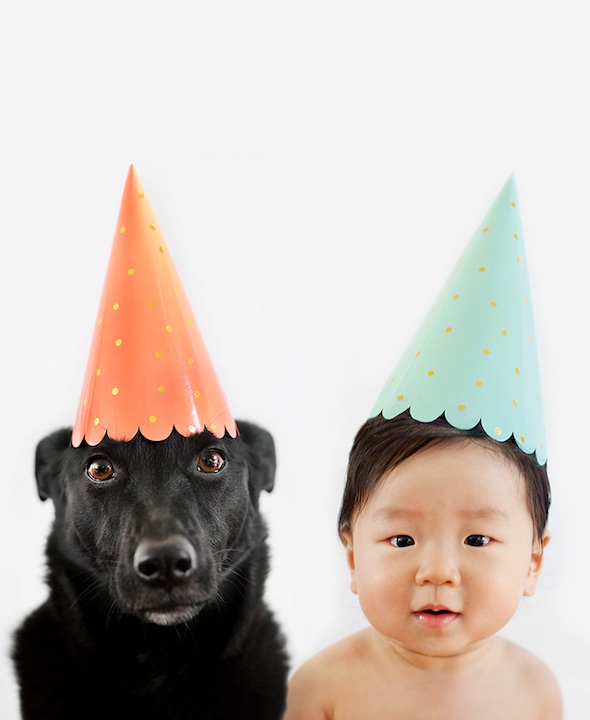 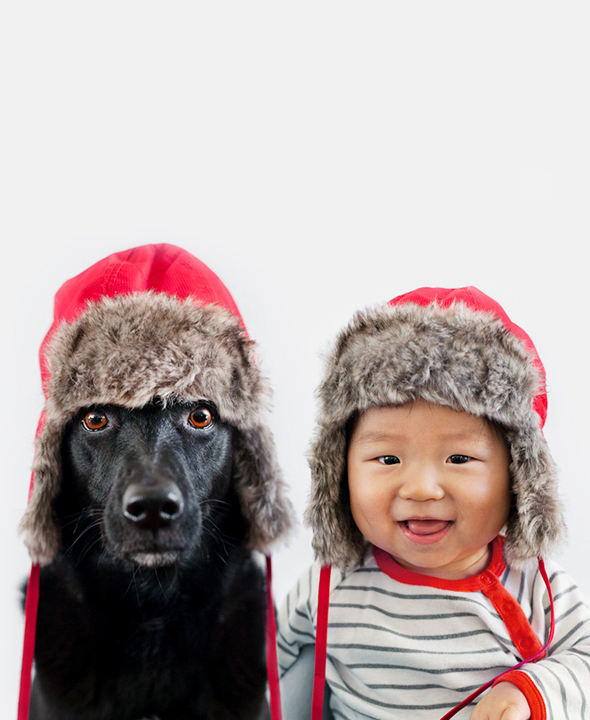 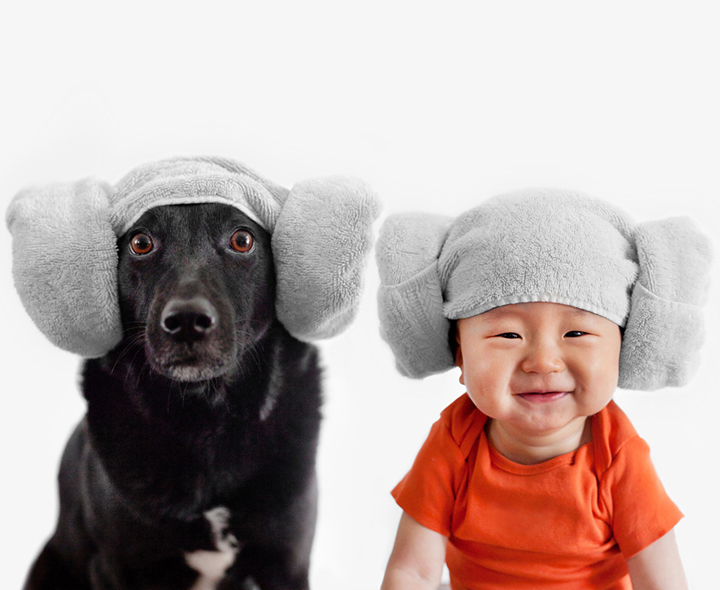