A new art museum is making big waves in Amsterdam.

Called the Modern Contemporary Museum Amsterdam – or Moco Museum for short – Moco is a museum dedicated to modern and contemporary art. It is housed in a beautiful villa from the early 1900’s, designed by the Dutch architect Eduard Cuypers, located in the middle of Amsterdam’s famous Museum Square (‘Museumplein’).

Although it only opened its doors in 2016, Moco has quickly enjoyed international success thanks to its unique exhibition of works by street artist Banksy. Banksy, whose real identity remains unknown, is famous for his political and often humorous graffiti, as well as his critically-acclaimed film/documentary Exit Through the Gift Shop (2010). Moco was the first museum in the world to exhibit his work in a formal setting, which controversially attracted the attention of Banksy himself. The exhibition, titled Laugh Now, contains 50 of his most influential works.

Moco is also home to the MoCollection, which celebrates those artists who stand out for their exceptional contribution to art and culture and their iconic creations such as; Andy Warhol, Jean-Michel Basquiat, Jeff Koons, Damien Hirst and Keith Haring.

To see the latest exhibitions on at Moco (such as the one by Daniel Arsham) and enquire about tickets, click HERE to visit Moco’s website. 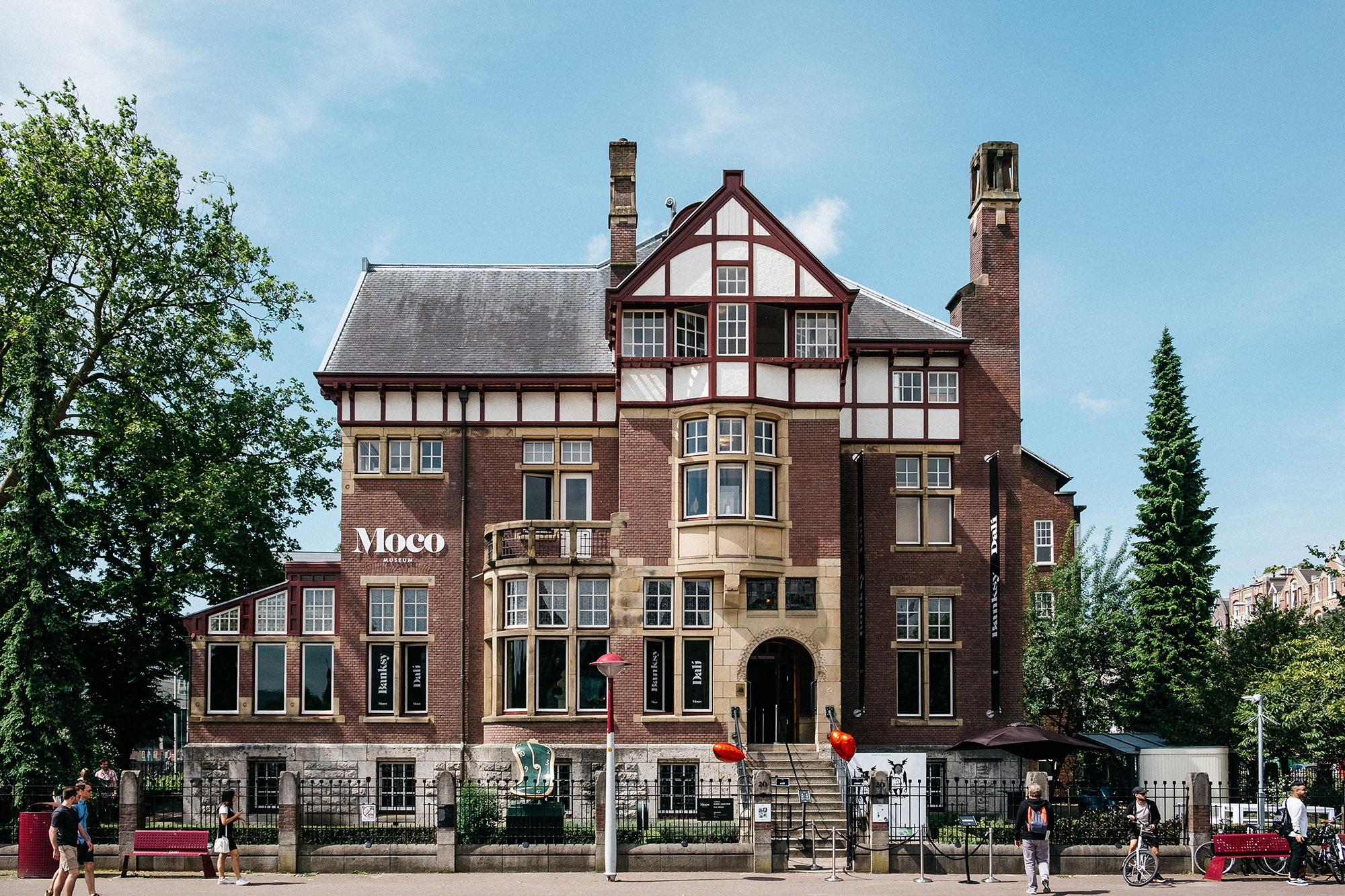