New dad Nate Anderson has created a webcomic series called ‘Boy & Dog’ which chronicles the hilarious adventures of his son, Rowan, and their family’s dog.

Nate said the idea for the comic strip came after the birth of his son last year. “My life was changed by this wiggly, squishy boy that filled my home with laughter and poop. The animals didn’t know what to think of him at first, but my Golden Retriever, Murphy, decided that he was pretty cool. Rowan loves the dog and would squeal with delight whenever Murphy was around him. I started to draw the comics to show what I imagined in my head was transpiring between them.”

Scroll down to see some of our fav comics and comment and upvote your favorites. 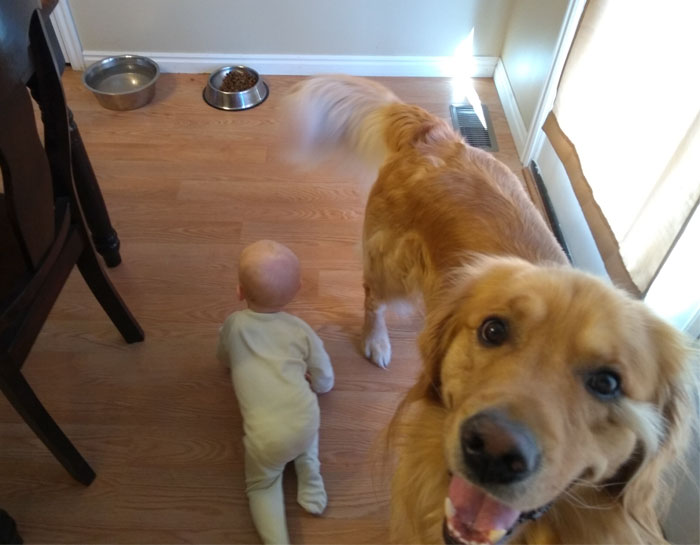