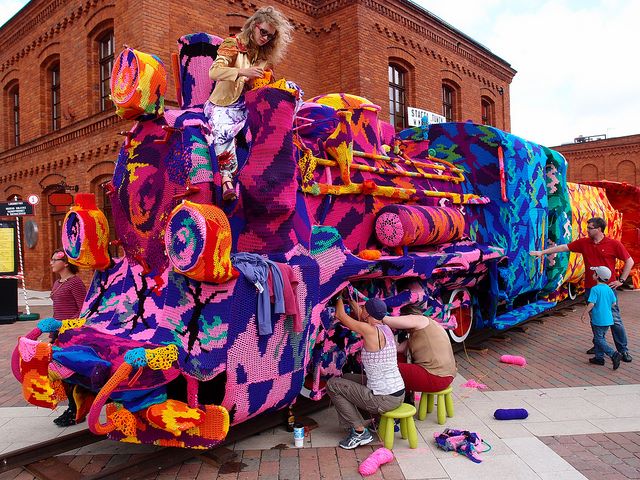 Textile artist Olek has just completed work on what may be her largest piece ever, a four-car locomotive covered in crocheted technicolor camo in Lodz, Poland. The artist didn’t even stop to change out of a costume she wore at the Animal Ball in London before jumping on a plane to meet four assistants who began a four-day assault on the large train that was completed on July 19th. The locomotive will be on view through August 19th.