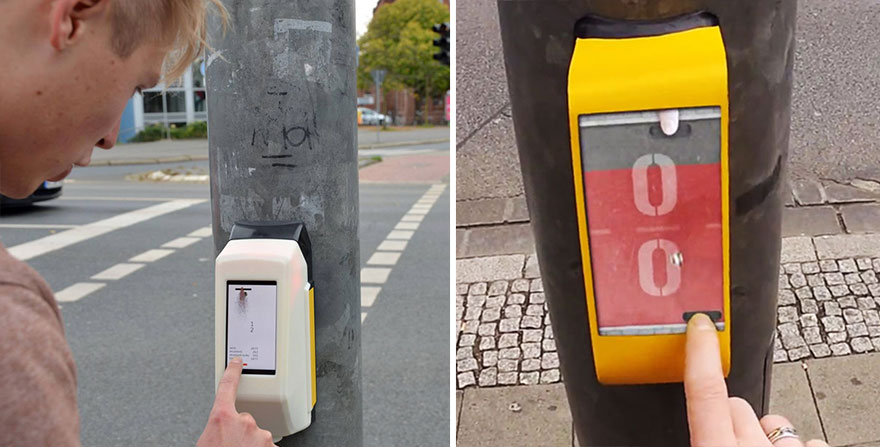 Back in 2012, a trio of interaction design students from HAWK University unveiled a concept for StreetPong, an interactive game of pong installed at a street crossing that allows you to play opponents waiting on the other side. The concept video (above) was viewed a bajillion times around the web, compelling designers Amelie Künzler, Sandro Angel, and Holger Michel to work with design firms and traffic experts to build a fully-functional device. After two years of waiting, the game units have been designed and approved for use by the city of Hildesheim, Germany where they were installed two weeks ago. Rebranded as the ActiWait, the devices aren’t just a clever way to pass the time while waiting for cars, hopefully they disuade impatient pedestrians from darting through traffic. 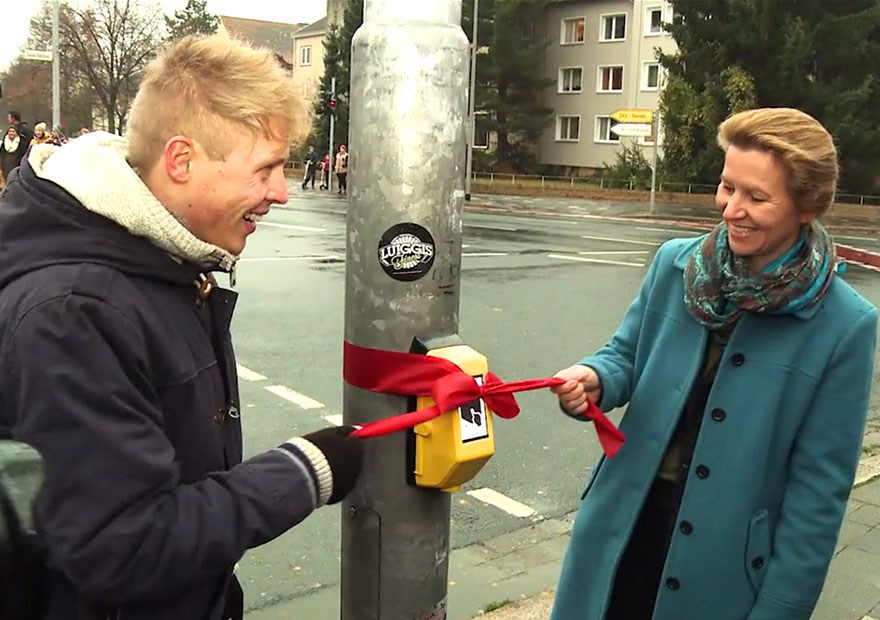