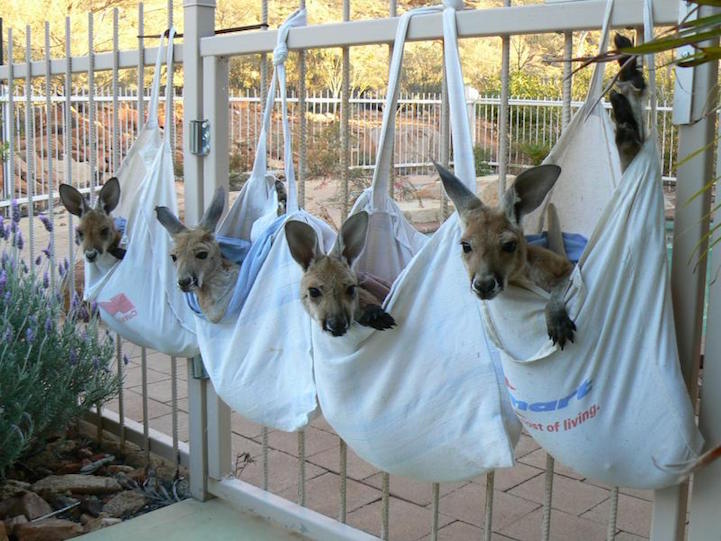 Say goodaye to Chris Barnes, a local Australian hero who has devoted his life to rescuing orphaned baby kangaroos in central Australia. The caretaker, who is nicknamed “Brolga” after the Aboriginal word for the mighty Australian crane, acts as a “surrogate mom” to nearly 30 kangaroos, including little joeys whose mothers were struck and killed by vehicles. For the past decade, Brolga has worked tirelessly to rescue, raise, and care for these precious babies before safely releasing them back into the wild.

Brolga first established a baby kangaroo rescue center in Alice Springs back in 2005 after finding one too many joeys still alive in their dead mothers’ pouches on the side of the road. After years of cleaning buses and stacking shelves in order to earn extra money, he was finally able to open the 90-acre Kangaroo Sanctuary in 2009. It wasn’t long before BBC contacted Brolga with the goal of producing a documentary series about his life, titled Kangaroo Dundee. Since the hit series began airing, Brolga has received international attention for his selfless work caring for kangaroos.

Despite his fame, Brolga remains a humble man who is content to lead a solitary life in the bush with his joeys. Each morning, he rises at dawn in his tin shack on the sanctuary so he can boil milk for the baby kangaroos, along with an orphaned camel that he raised. He spends his time caring for the animals, wrapping the adorable joeys in pillowcases and blankets to mimic the cozy warmth of their mothers’ pouches, and keeping an eye out for more injured and orphaned kangaroos near busy roads. At the end of a long day, Brolga tells the Daily Telegraph, “I like to sit in my little chair by the back door, drinking a couple of beers and looking out at the sunset as my family comes in to feed. That’s the life.”

Brolga’s next dream is to establish central Australia’s first wildlife hospital on the sanctuary. Learn more about how you can support him and his joeys on the sanctuary’s website. 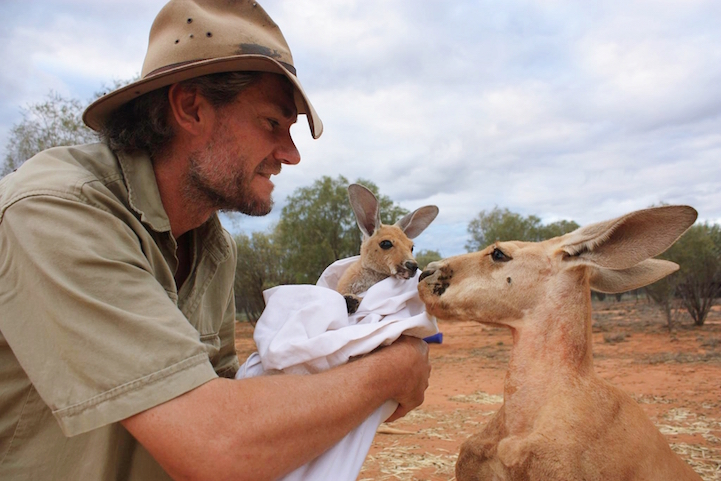 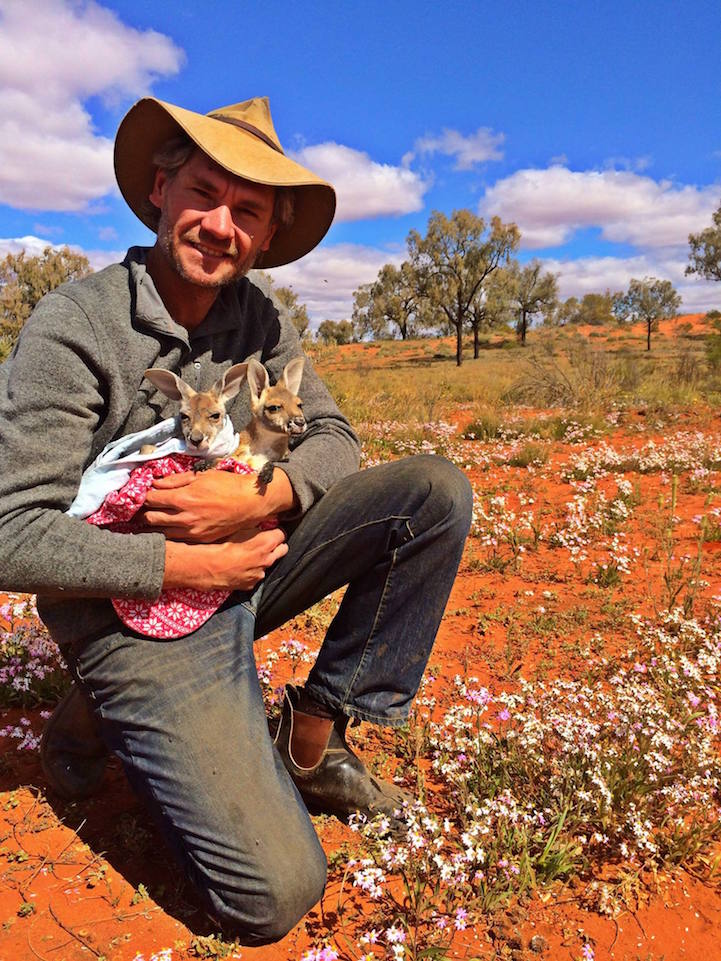 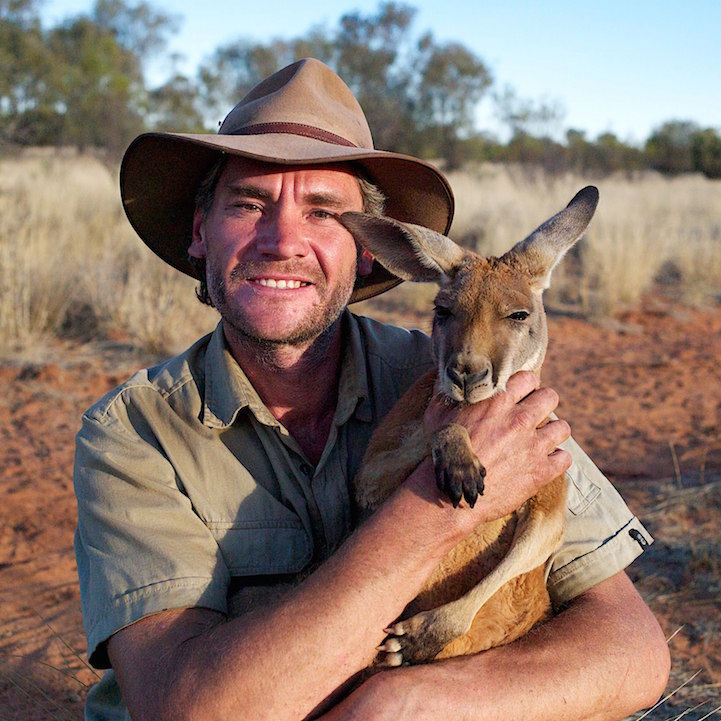 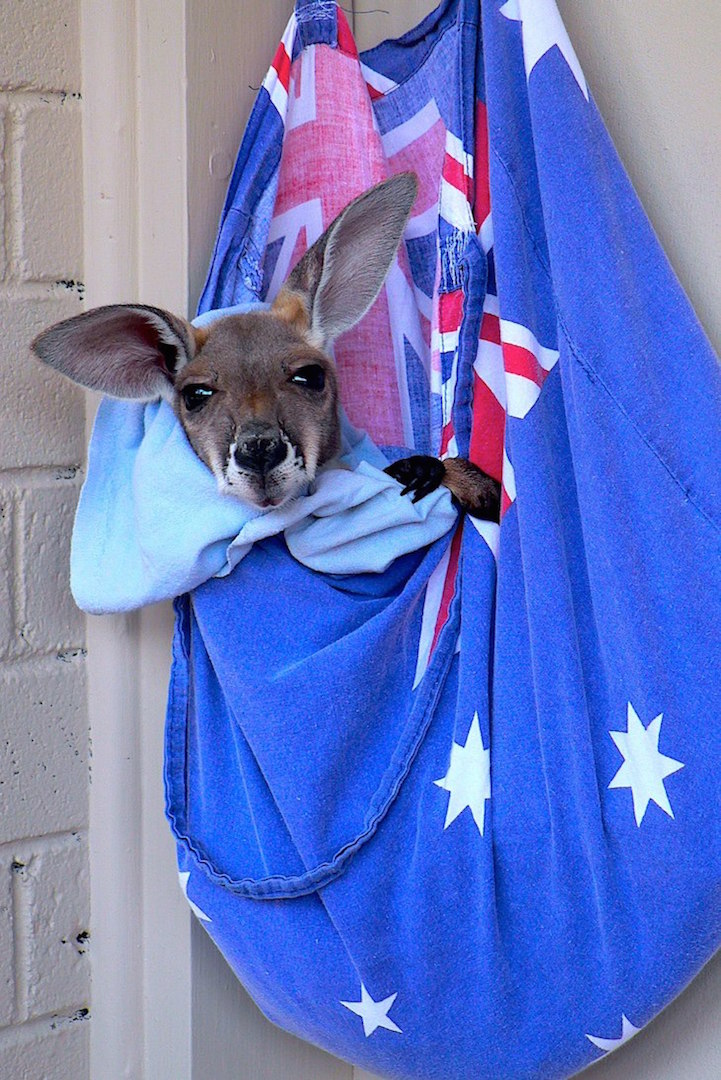 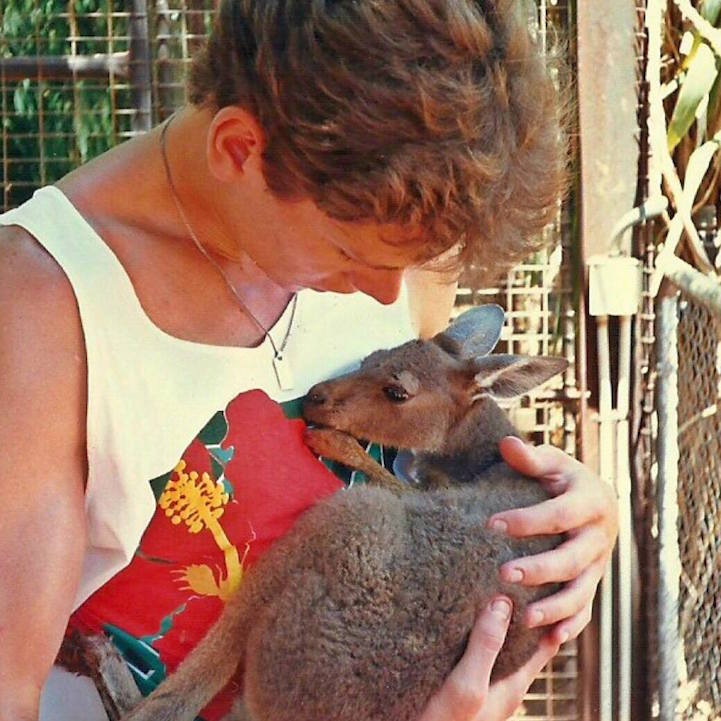 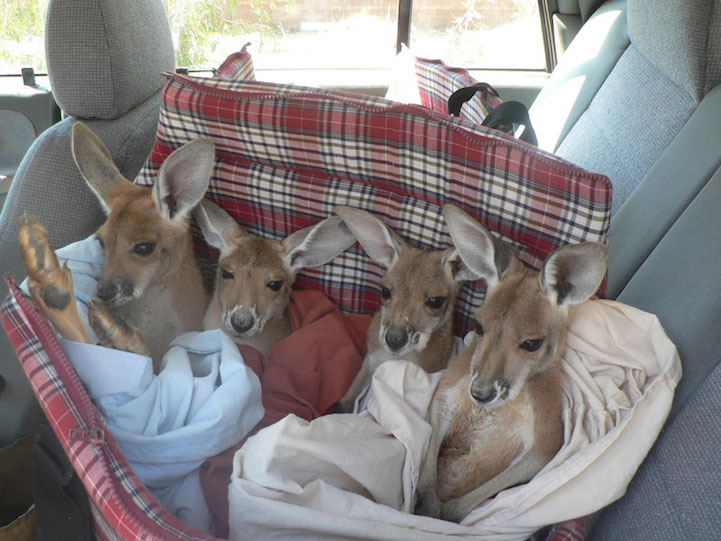 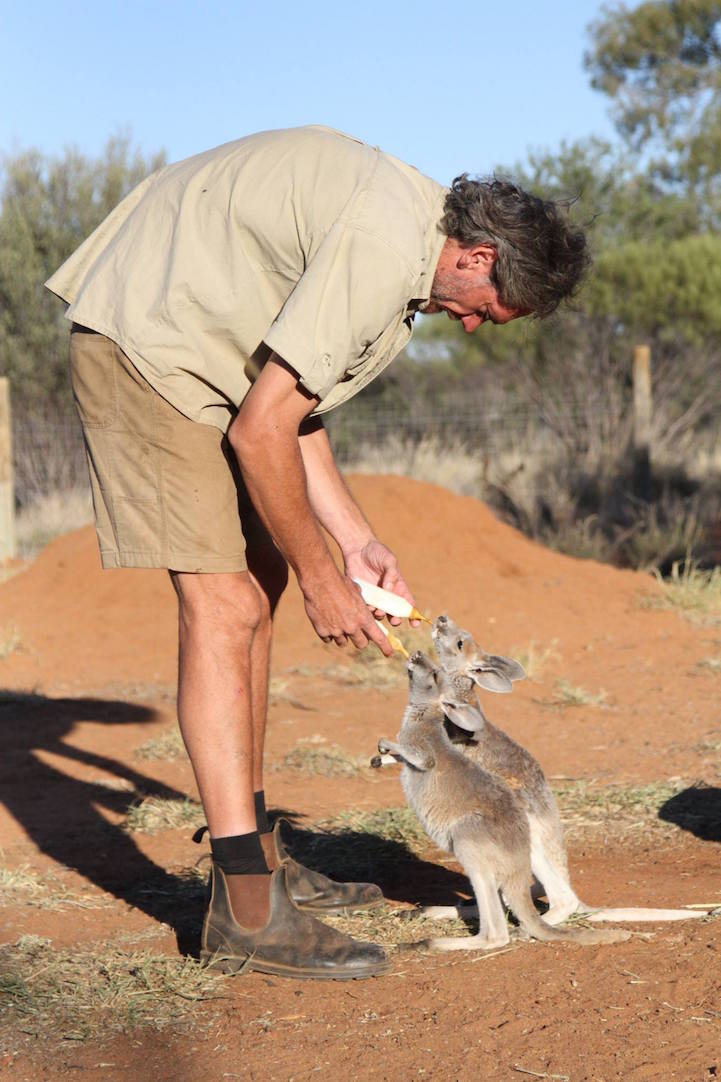 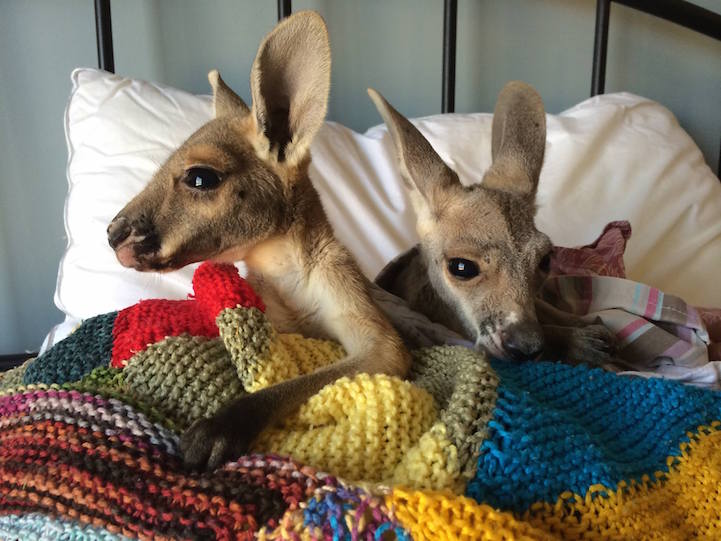 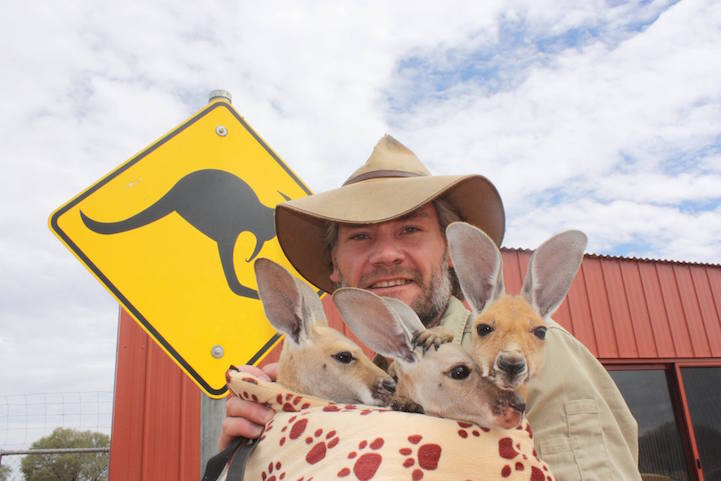 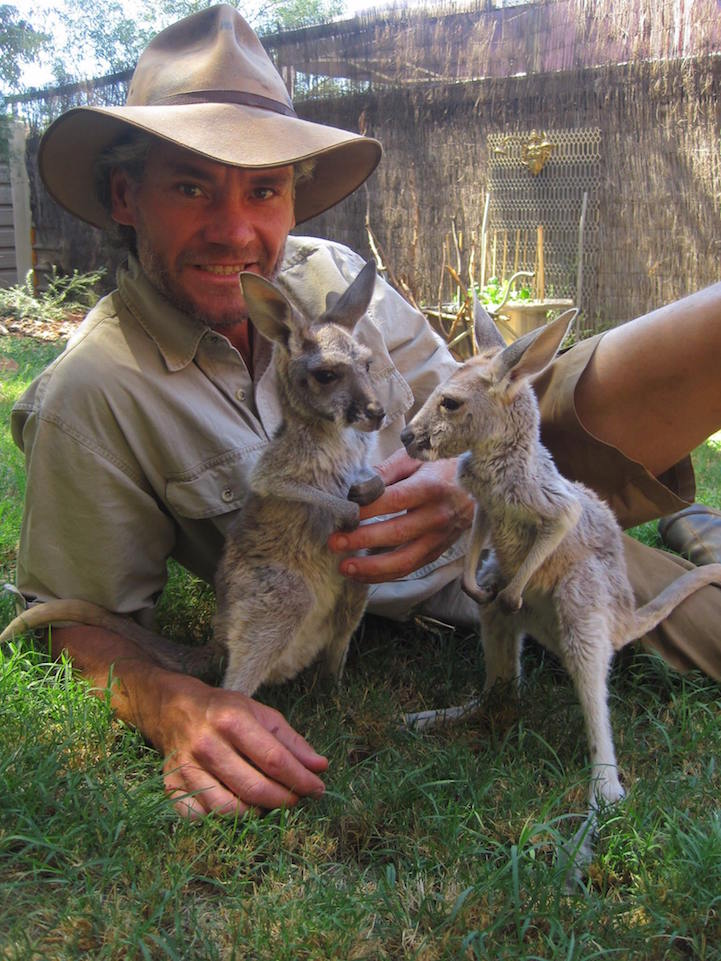 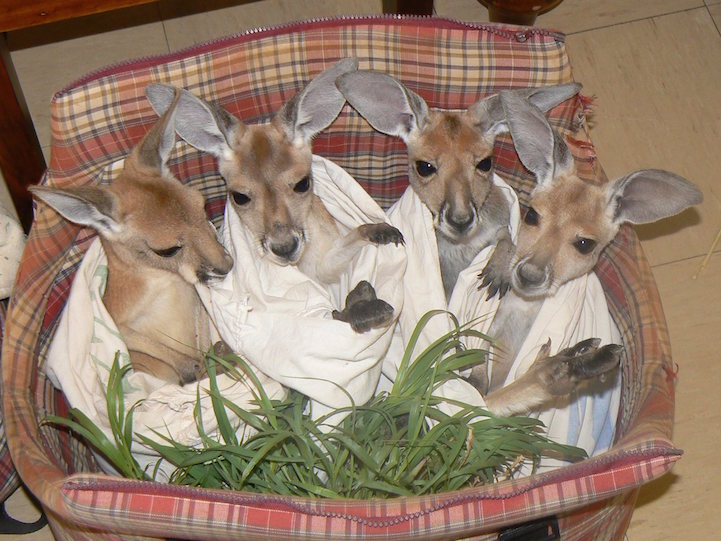 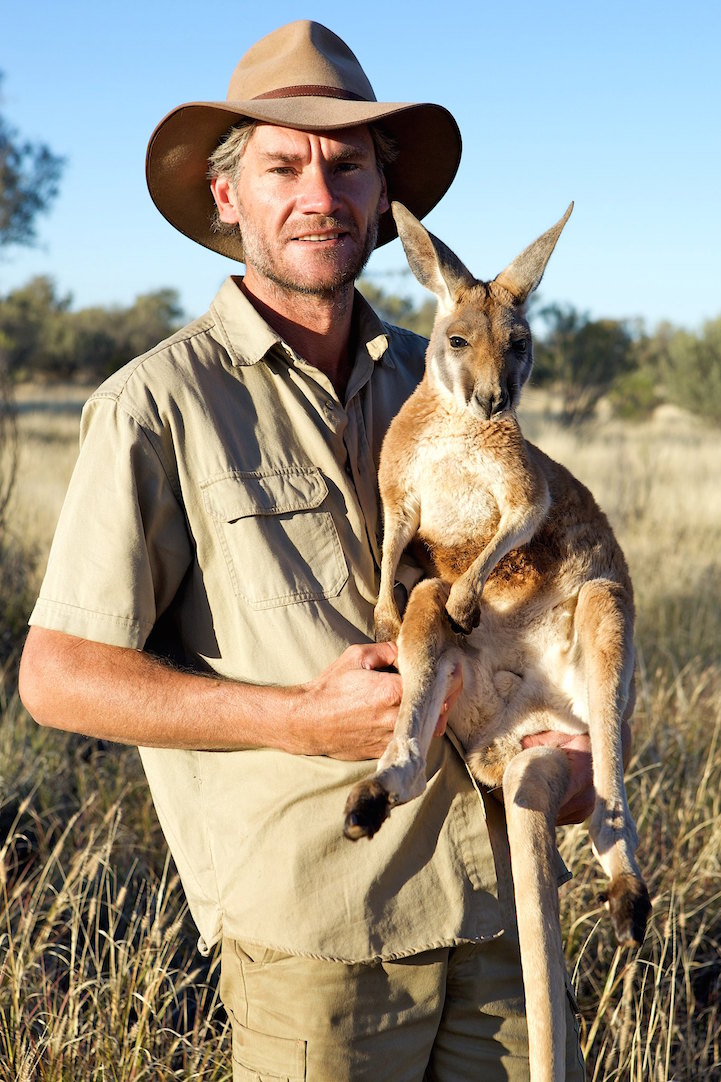 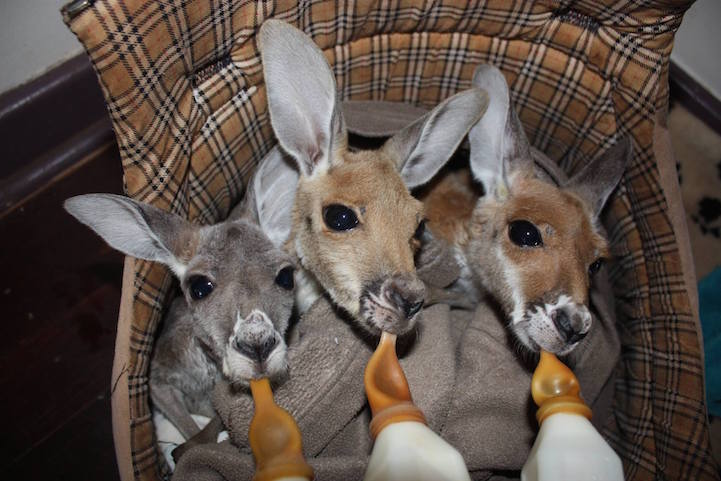 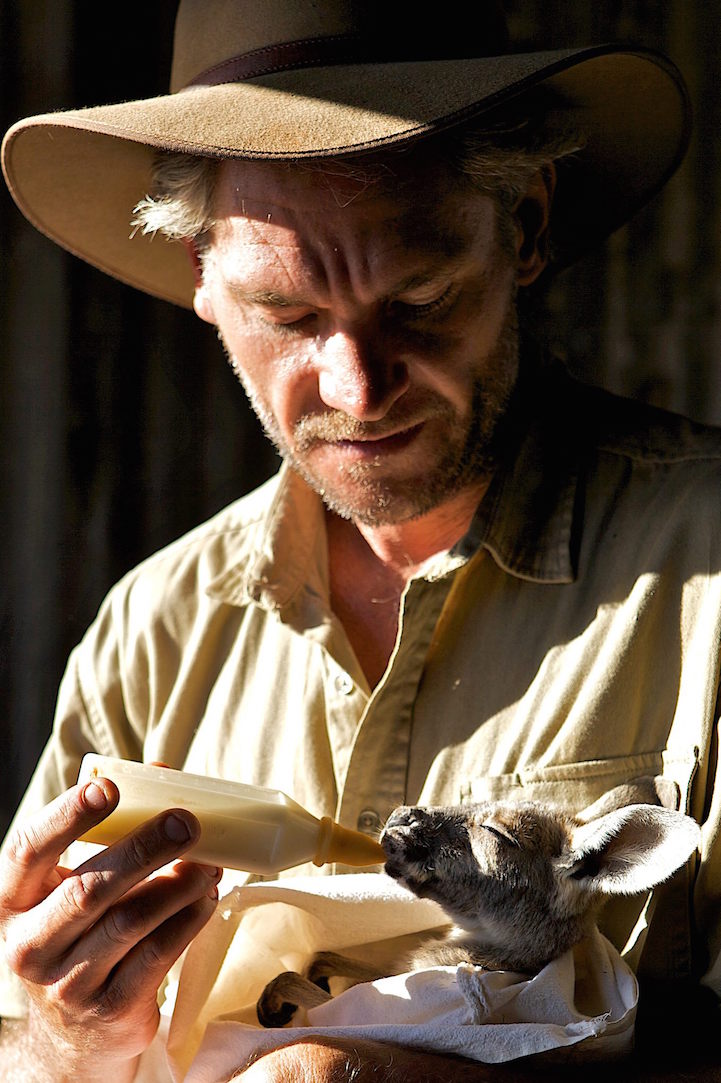