This year’s Sports Illustrated Swimsuit issue will be a little different this time, with the definition of ‘swimsuit’ widened to include the modesty garment known as a burkini. The full-body swimwear is modeled by stunning 21-year-old Somali-American Halima Aden, who was born in the Kakuma Refugee Camp in Kenya before moving to the United States aged 7. 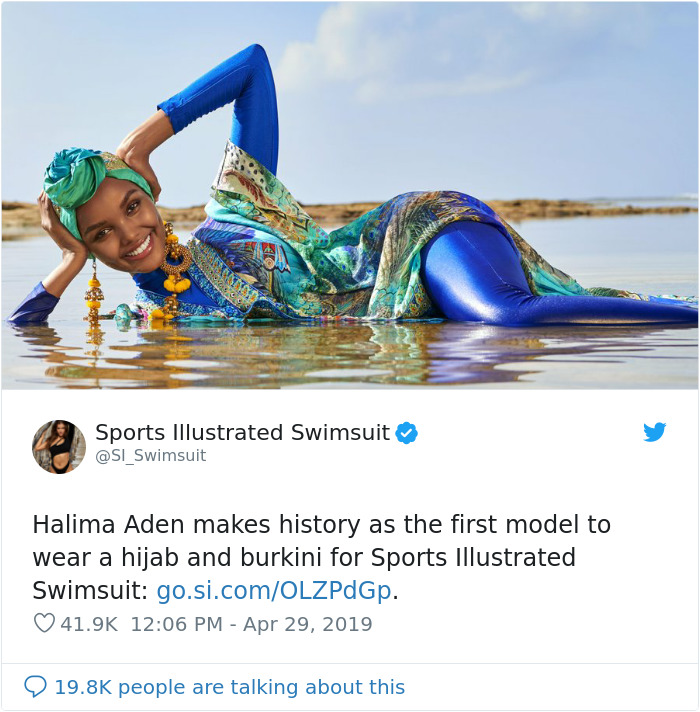 While most Americans are used to seeing women wearing skimpy swimsuits in the famous magazine, women across the world have been covering up at the beach for hundreds of years now. This could be for cultural and religious reasons, or simply to avoid catching too much sun.

Modesty was the norm when the first swimsuits were invented in the 19th century; women in Victorian England would cover themselves from head to toe in billowing robes and dresses. In 1920’s America, women were routinely arrested by ‘swimsuit police’ for baring too much skin, with zealous police officers guarding ‘morality’ by measuring the length of women’s swimsuits to ensure they conformed to regulations. 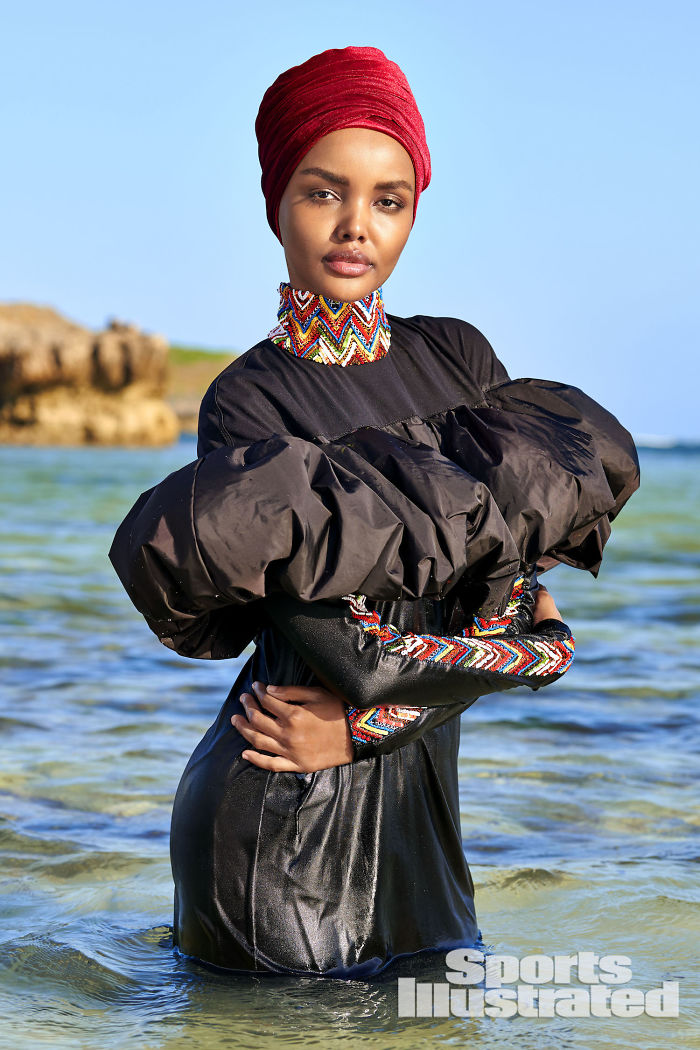 Eventually, the swimwear ‘rules’ were relaxed, as the impracticality of swimming in heavy clothing was accepted. Swimwear became smaller and more streamlined until we arrived at where we are today; the bikini has become the norm.

The same can’t be said of all cultures though. Just because our ‘morality’ has changed recently, it doesn’t mean that others have to follow. Muslim women especially can feel uncomfortable when baring skin at the beach and have been under-represented when it comes to swimwear options. To address this, the ‘burkini’ was invented in 2016 and was designed to cover the whole body except the face, hands and feet while being light enough for swimming 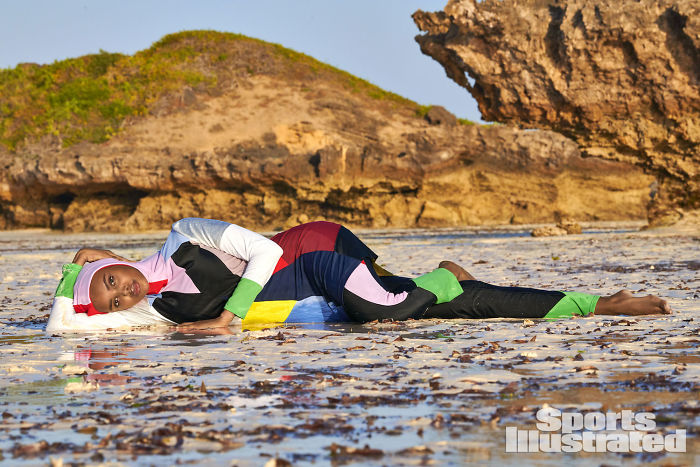 The acceptability of the burkini is still under debate in some countries, as many argue that the point in modesty dress for Muslim women is to cover the outline and curves of a woman’s body. However, for others, it is a perfectly good solution that meets common requirements for a woman to cover all parts of her body except her hands and face (including covering her hair) when in mixed company.

Islamic tradition is fluid and interpreted differently in different parts of the world. What applies in Tunisia or Malaysia, for example, is quite different from expectations in Saudi Arabia or Iran. So this debate is one to be had amongst Muslims themselves. 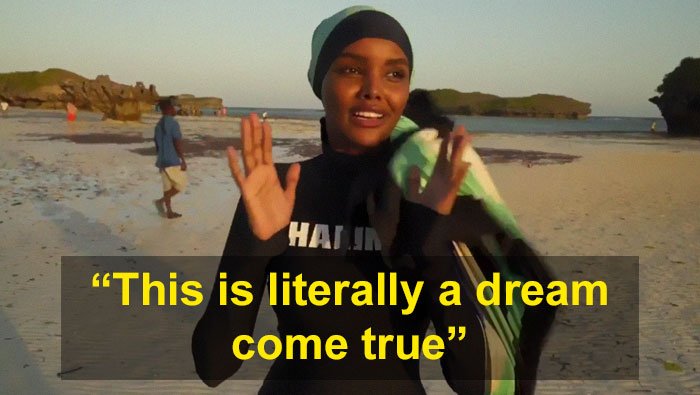 Either way, we think that Halima looks absolutely stunning in her swimsuit, which she shot back in Kenya with photographer Yu Tsai.

“Young girls who wear a hijab should have women they look up to in any and every industry,” shetold the BBC. “We are now seeing politicians, businesswomen, television reporters, and other successful hijabi women in visible roles and that is the message we need to be sending.” 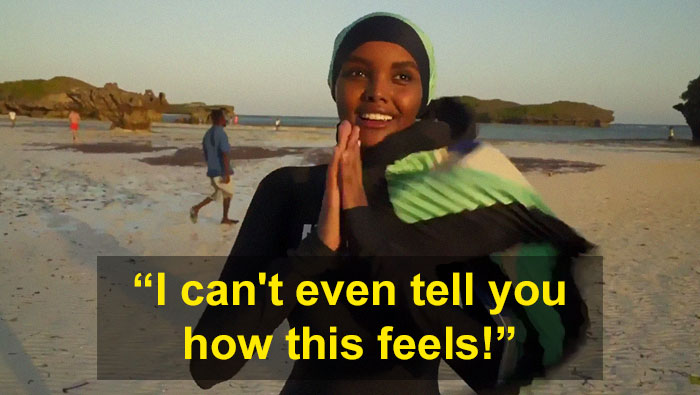 “The response has been incredible and I’m so honored that Sports Illustrated has taken the step to showcase the beauty that modestly dressed women possess.” 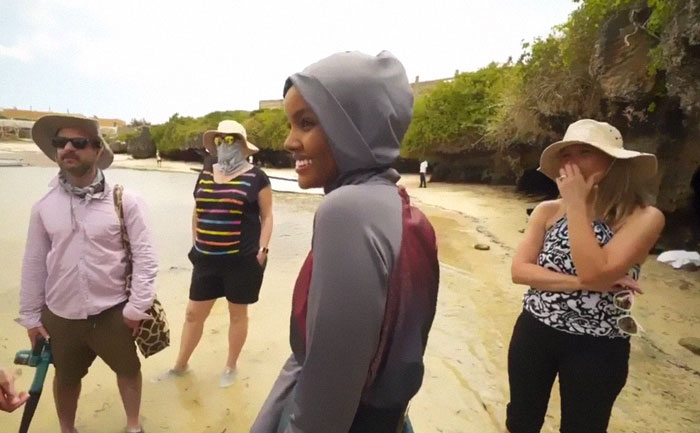 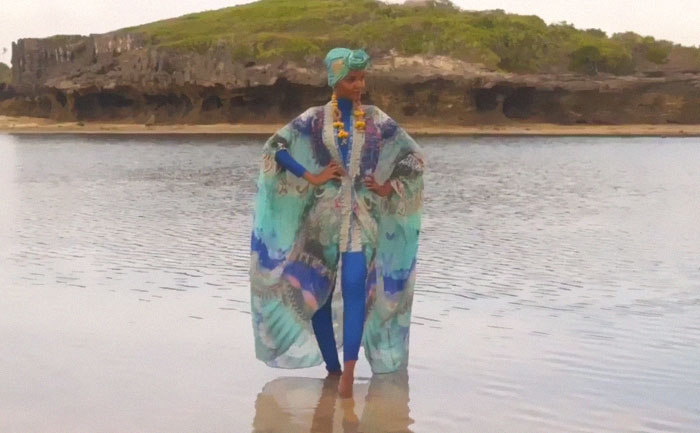 Predictably, the reaction has been mixed elsewhere, with those resistant to change complaining about the ‘Islamification of America’ and other such hyperbolic rantings. 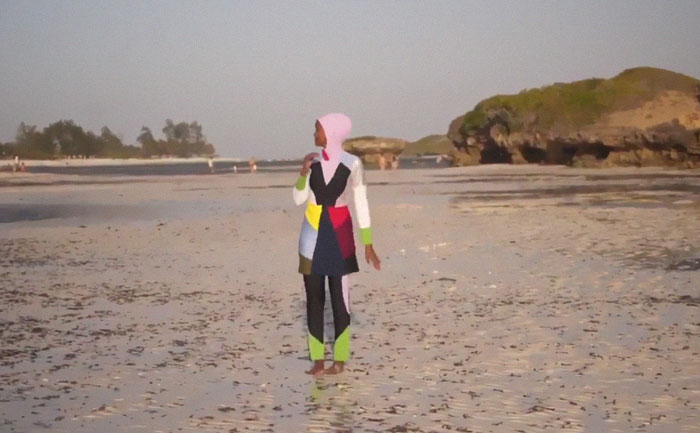 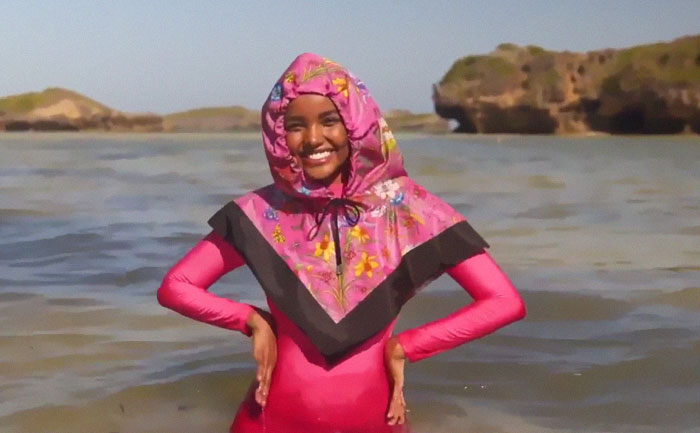 Sports Illustrated has made an effort to better reflect the diverse nature of the world in which we live lately, featuring women of different ethnicity, body shape and age. This is simply another step in the right direction.

Besides, there are still plenty of ‘traditional’ scantily-clad models in the issue to get swimwear fashion tips from. Because, obviously, that’s the reason why most people buy it. Am I right? 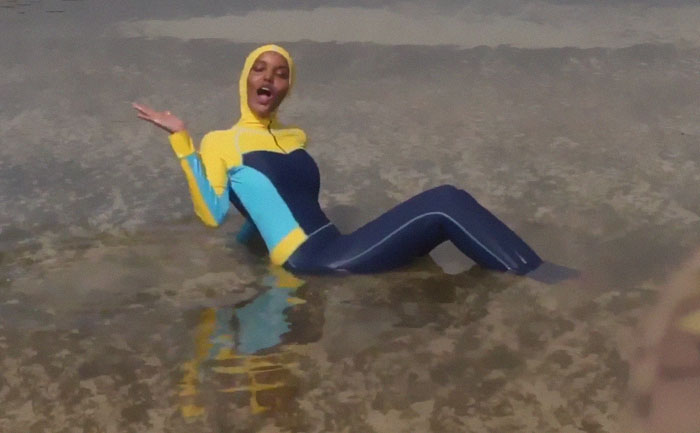 What do you think? Would you wear a burkini to the beach if you found one that suited your tastes? Will you buy the swimwear issue this year? Why, or why not? Let us know what you think in the comments! 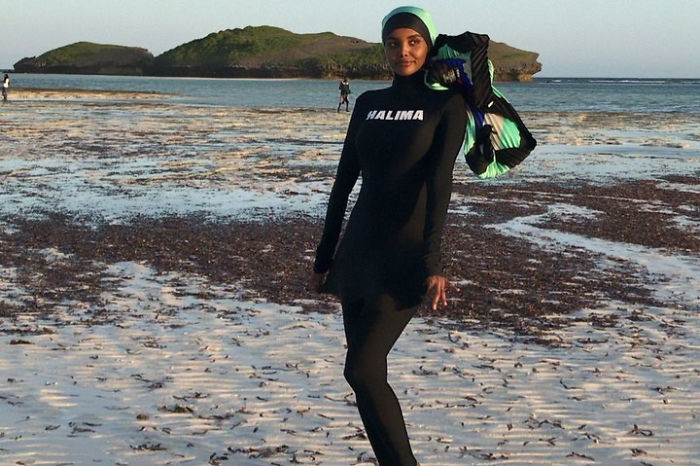 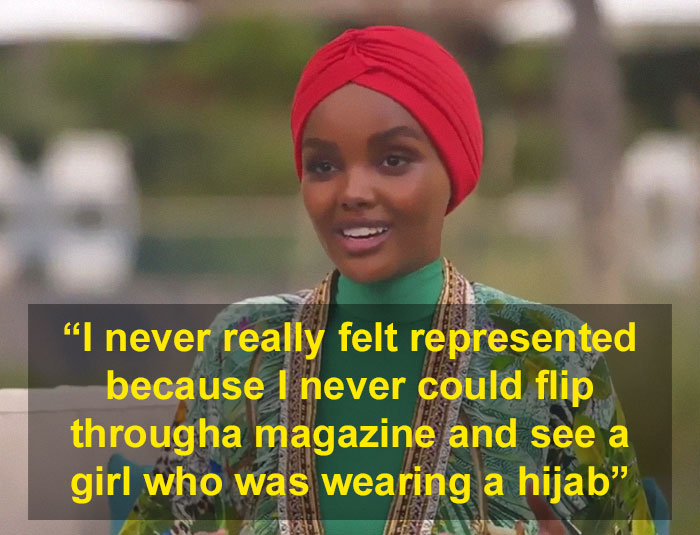 Watch the video for behind the scenes of the photoshoot:

“I never really felt represented because I never could flip through a magazine and see a girl who was wearing a hijab.” #ShatteringPerceptions pic.twitter.com/EtNfpszcmy 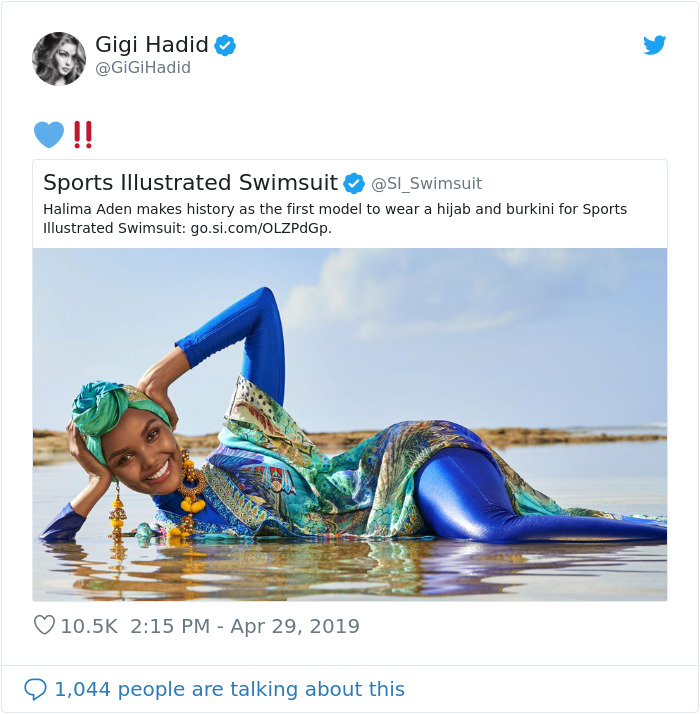