by artFido 2 years ago1 year ago

More than 450 years ago, Dutch master painter Pieter Bruegel the Elder painted The Dutch Proverbs, an oil on wood painting that visually represents over 100 Dutch proverbs.

Many of these proverbs still exist today such as ‘when the cat’s away, the mice will play’, or ‘banging your head against a brick wall’.

The work is on permanent display at Berlin’s Gemäldegalerie.

Scroll down to see them all and see how many you recognise! 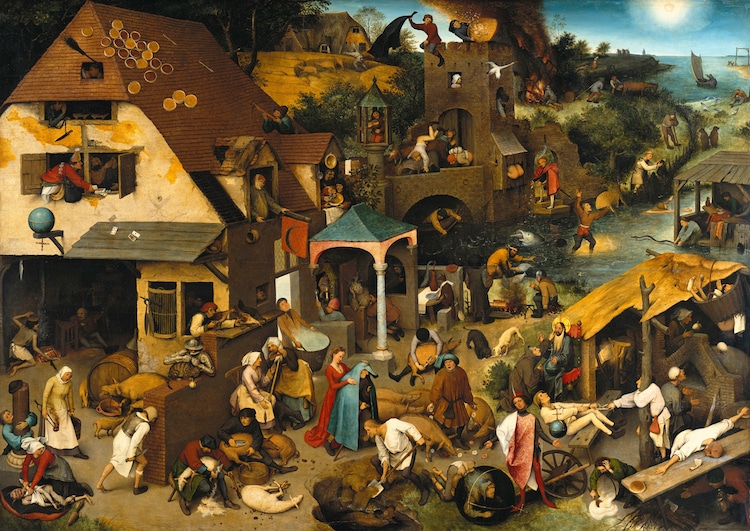