Alfonso Ribeiro is the latest celebrity building a case against Fortnite over an appropriated dance move. According to TMZ, the former Fresh Prince star is suing Epic Games for allegedly stealing the signature “Carlton Dance” he created while playing Carlton Banks.

Ribeiro alleges the company is using and selling the dance under the “Fresh” emote, which is like—come on, Epic Games. If you’re going to steal at least be a little more creative. The move became available for purchase on Jan. 2, 2018. Ribeiro claims he’s in the process of copyrighting the dance right now.

If you don’t remember, this is the dance move in question:

“It is widely recognized that Mr. Ribeiro’s likeness and intellectual property have been misappropriated by Epic Games in the most popular video game currently in the world, Fortnite,” his lawyer David Hecht told TMZ. “Epic has earned record profits off of downloadable content in the game, including emotes like ‘Fresh.’ Yet Epic has failed to compensate or even ask permission from Mr. Ribeiro for the use of his likeness and iconic intellectual property.”

This legal battle mirrors that of rapper 2 Milly, who filed a lawsuit against Epic Games earlier this month. 2 Milly claims the company is selling his iconic Milly Rock dance under the emote “Swipe It.” The rapper is also in the process of copyrighting his dance move. 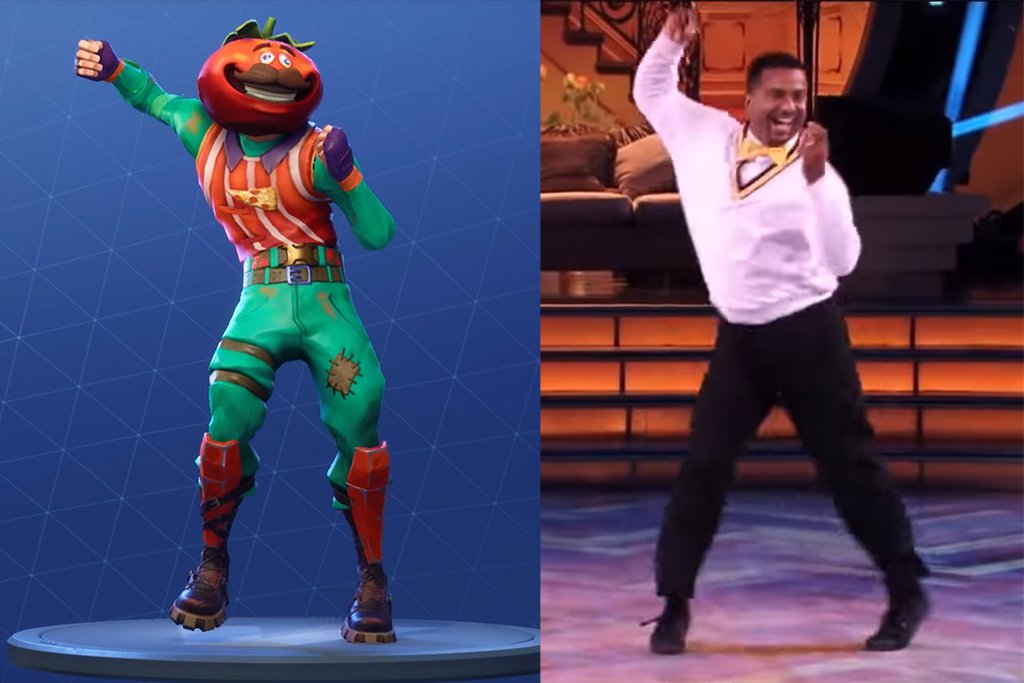 “Upon information and belief, Epic creates emotes by copying and coding dances and movements directly from popular videos, movies,and television shows without consent,” his complaint reads. “Epic does so by coding still frames of the source material. For example, upon and information and belief, Epic coded the ‘Ride the Pony; emote, frame-by-frame, from the ‘Gangnam Style’ dance made famous by the Korean entertainer, Psy. The Ride the Pony emote and Psy’s dance are identical in every respect.”