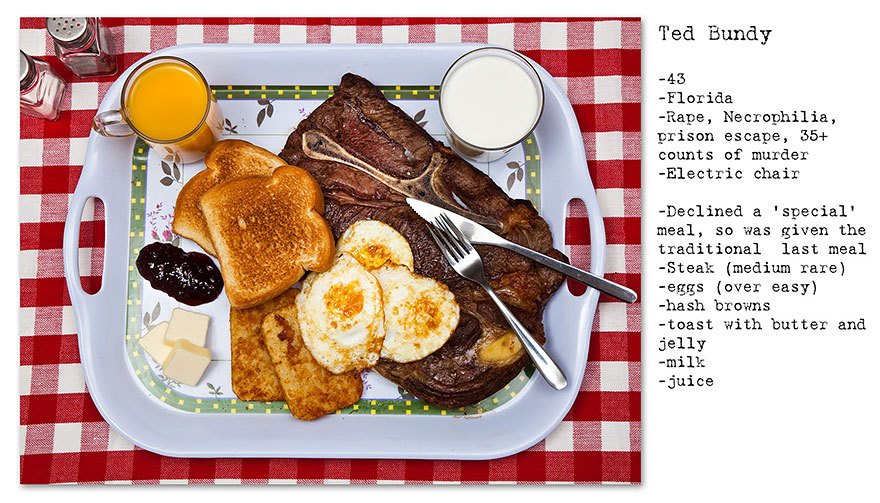 There are about as many opinions on capital punishment as there are prisoners on death row, but most can agree that it’s a sobering practice. New Zealand-based artist Henry Hargreaves explores the death penalty and our reaction to it in his gripping “No Second” photo series where he re-creates the final meals of inmates executed in Texas.

The “Last Meal” tradition, drawing upon the Christian story of the Last Supper, offers death-row inmates the chance to request a final meal before their execution.

“While I was reading about efforts to stop the Last Meal tradition in Texas it sparked my interest,” writes Hargreaves. “In the most unnatural moment there is (state sponsored death) what kind of requests for food had been made?”

Hargreaves and a chef friend of his cooked the meals to be photographed, but had difficulty eating them. After eating a spoonful of ice cream from one convict’s recreated final meal, Hargreaves said, “It was kind of like going to a hospital and eating the lunch of someone who’s just been pronounced dead,”

It’s interesting to compare the meals with these killers’ legacies. Do the meals they’ve requested say anything about them? Do they humanize them or make them seem all the more terrible for the normalcy of their requests? 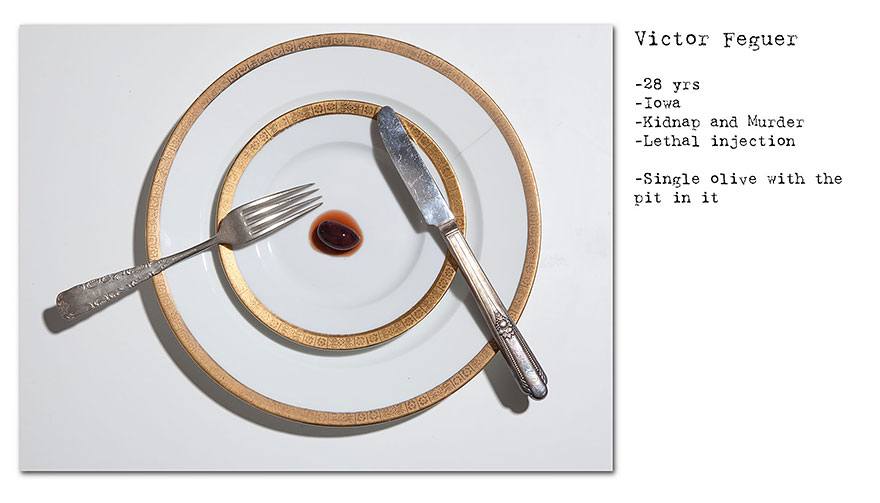 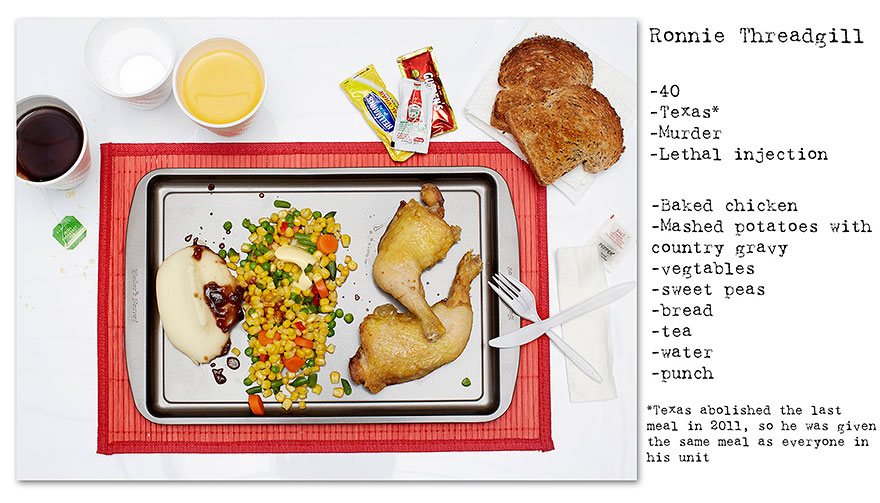 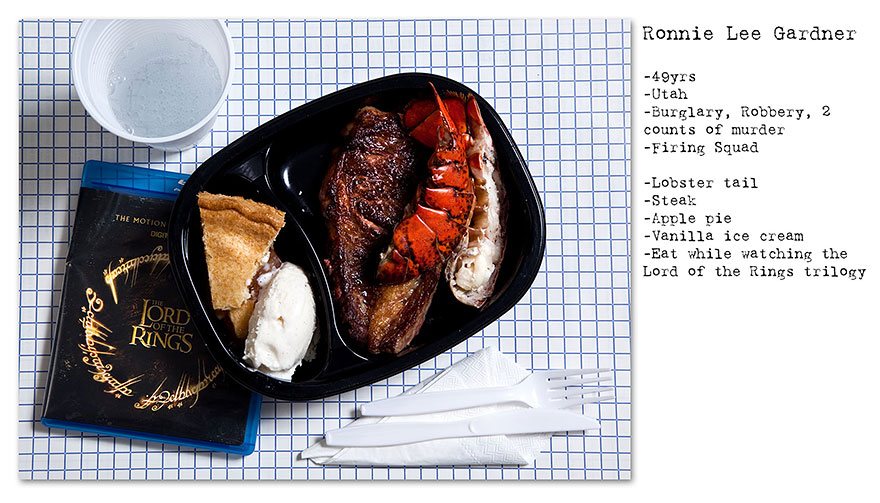 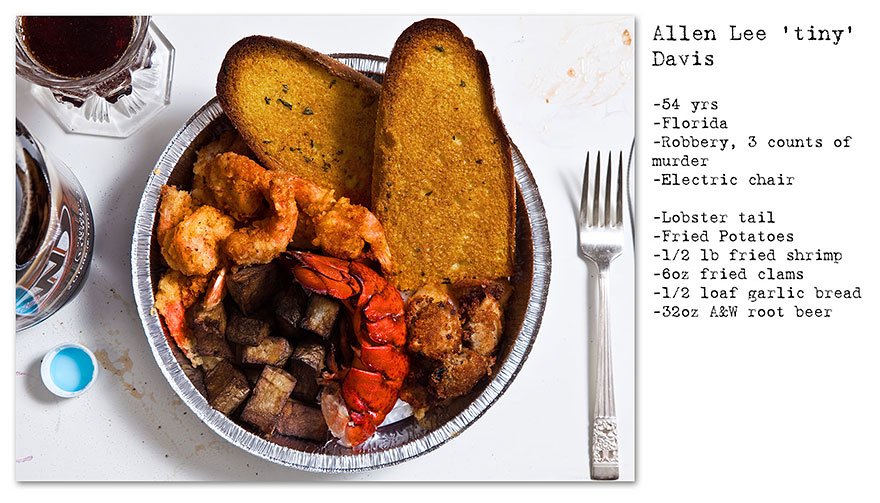 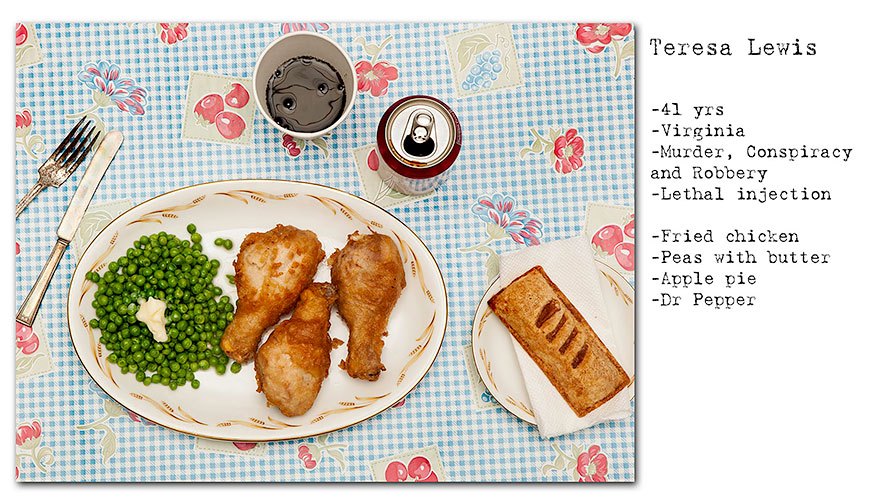 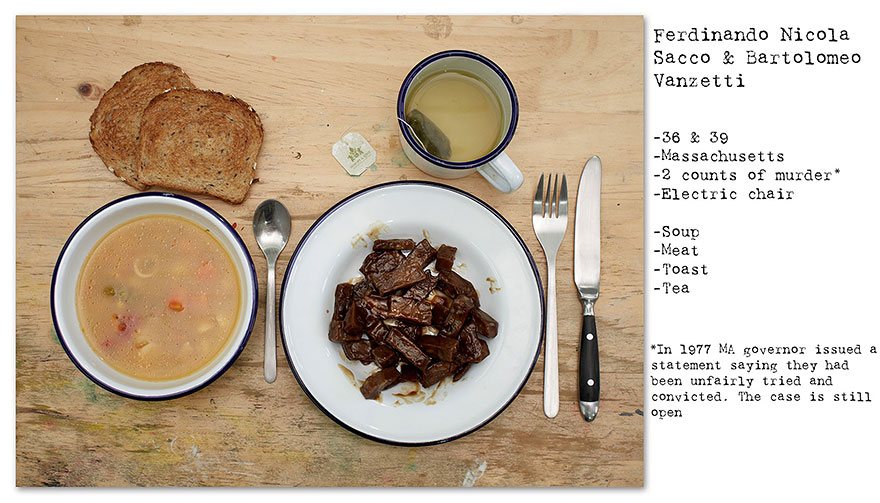 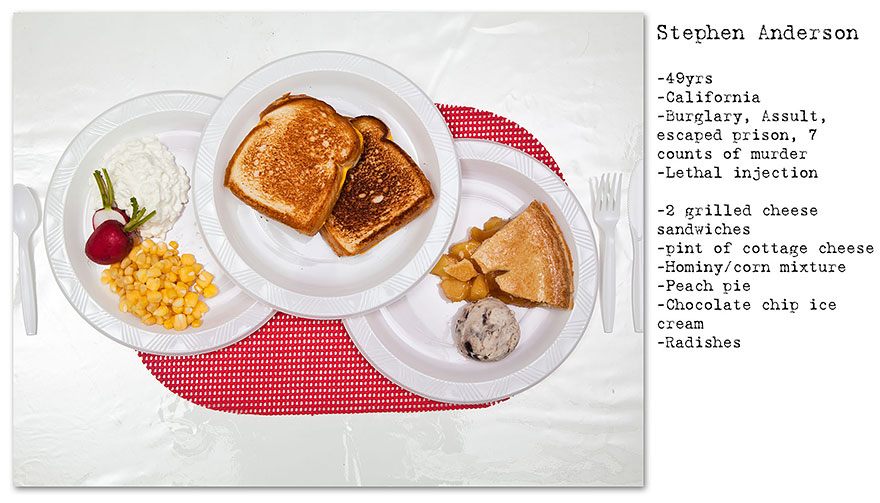 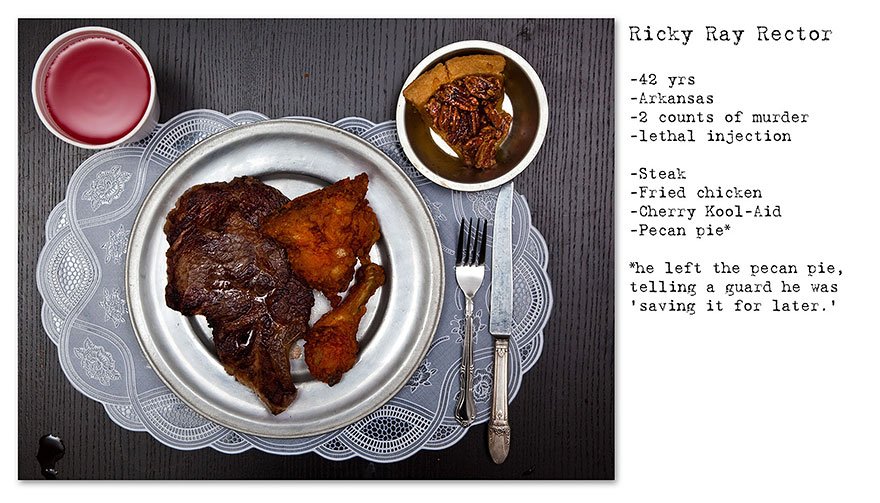 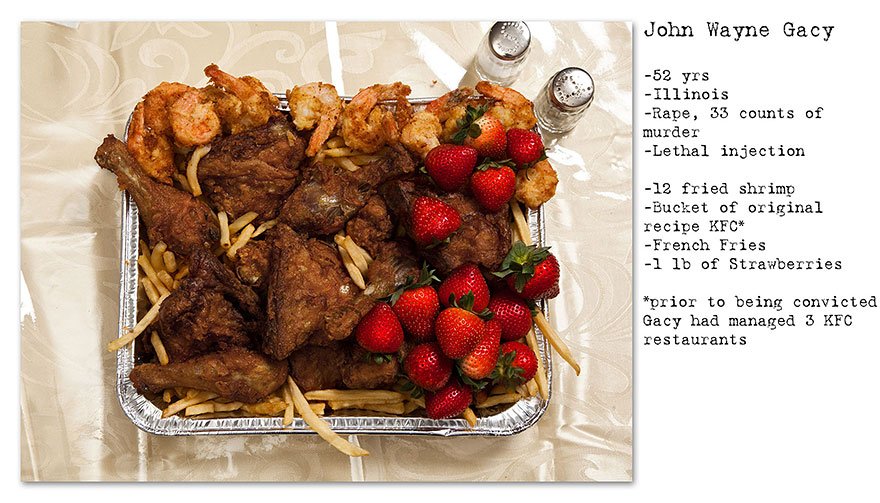 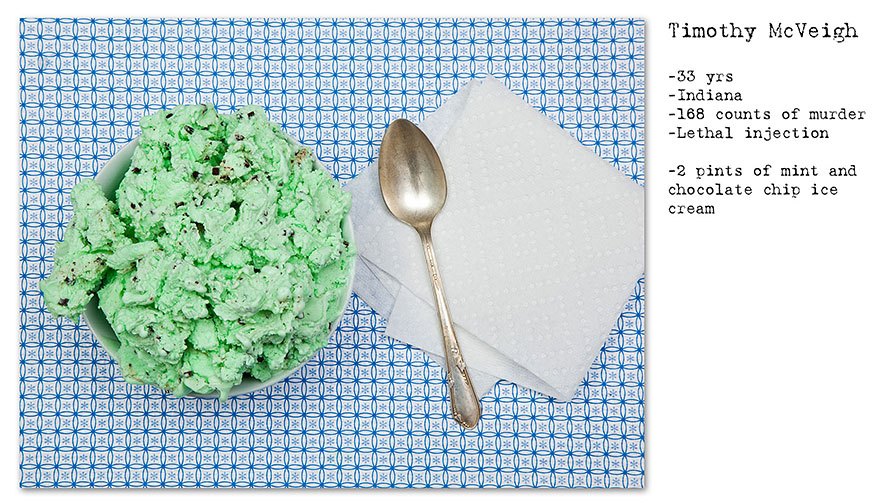 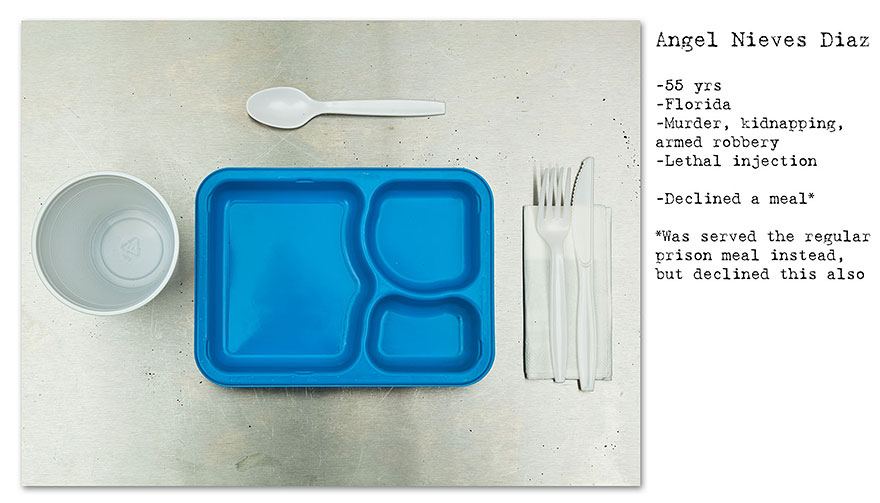