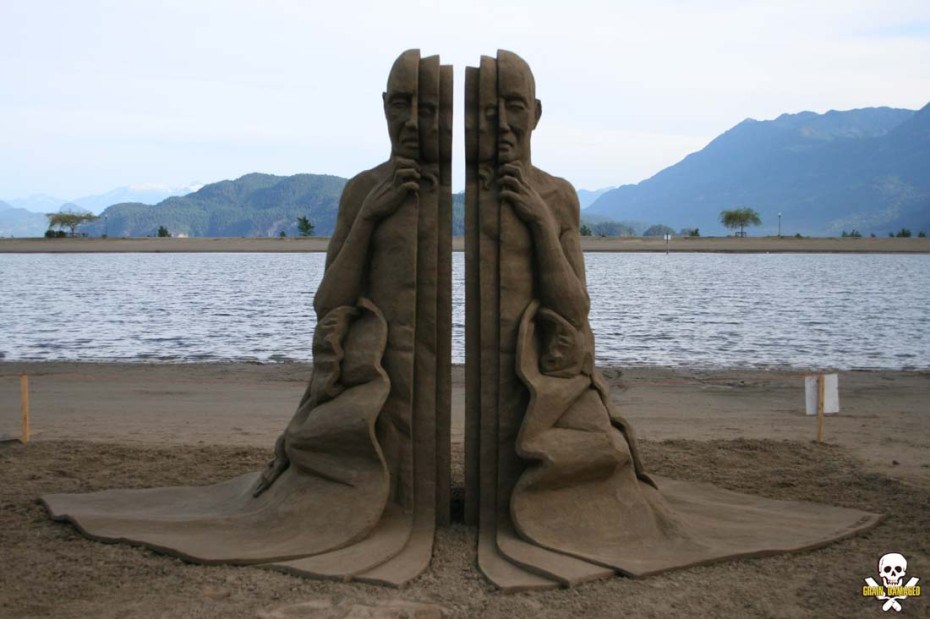 These probably beat any of those sand castles you made at the beach with your dad, right?! Carl Jara is an award-winning, professional sand sculptor from Cleveland, Ohio. Jara says he has known since high-school that he wanted to be an artist. After studying Illustration and Graphic Design at the Myers School of Art, Jara realized he did not want to become an illustrator or graphic designer and that his true passion was sculpting.

Over nine world championships later and it’s clear Jara was right to pursue his desire to sculpt. In addition, Carl is also an Exhibits Artisan/Technician at the Cleveland Museum of Natural History where he helped install SUE, the largest T-Rex ever found.

To see more of Carl’s incredible sand sculptures, be sure to check out his Flickr page as he documents not only his own award-winning work, but also the other amazing entries at the world-class competitions he attends every year.