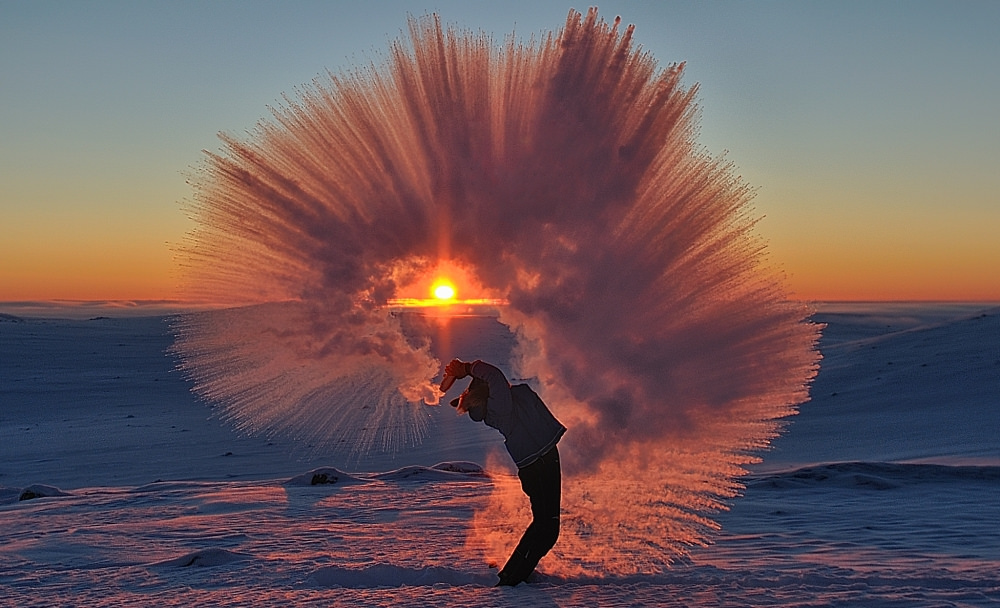 If you ever wondered what throwing a thermos of hot tea in the air near the arctic circle looked like, now you do. At temperatures around -40 degrees celcius, Ontario photographer Michael Davies took the shot of a lifetime of his friend throwing a thermos of hot tea through the air in near the Arctic Circle. At such cold temperatures the tea froze instantly to form a dramatic plume of ice.

Around 1pm I jumped on my skidoo along with my friend Markus and we drove 45 minutes to the top of a nearby mountain where the light (which is almost always pink near the solstice) would hit the hills. Prepared with multiple thermoses filled with tea, we began tossing the water and shooting. Nothing of this shot was to chance, I followed the temperature, watched for calm wind, and planned the shot and set it up. Even the sun in the middle of the spray was something I was hoping for, even though it’s impossible to control.

Watch an earlier attempt from a different angle: 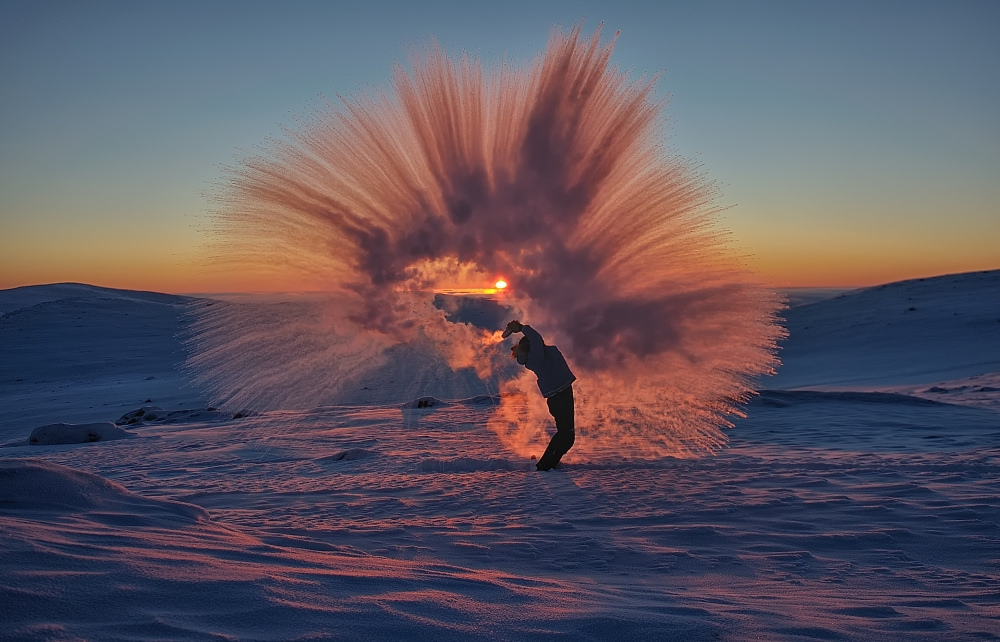