by artFido 9 years ago4 years ago

The Times recently released the results of its reader survey of the Top 200 Artists of the 20th Century. After 1,461,523 votes, the results are fairly conclusive, if not a little surprising.

As the Times states, several artists would seem to be overrated whilst others seemingly unrecognised for their influence on modern art. Andy Warhol comes only eighth whilst the broadly decorative Gustav Klimt comes in third. David Bomberg and Augustus john are a couple of real talents that were all but forgotten.

Painting would seem to be more appealing than sculpture. At 16, Constantin Brancusi is the first sculptor to make the list, with Alberto Giacometti sneaking in at 25. The results also indicate a strong pull toward early modern, towards styles and experiments that have had a century or so to settle in. The Top Five artists have all been dead for at least 50 years, with Jasper Johns the first living artist on the list coming in at 19.

Without guiding your thoughts in any further, here’s the Top 200 Artists of the 20th Century as voted by Times readers for your perusal and comment: 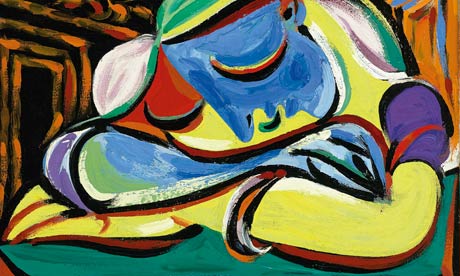