If you’ve ever followed the process of art restoration, you will know it is generally a very long and slow process.  Very, very slow.

We were therefore amazed to watch the videos posted to twitter the other day by art historian and BBC television host Philip Mould that revealed a gleaming 17th century painting hiding underneath two centuries of yellowed varnish. The protective finish is applied to protect paintings from wear, but over time will begin to discolor. In the short video Mould gently paints a solvent to remove this layer from the work’s surface, slowly brushing it away in circular strokes.

The painting before the restoration: 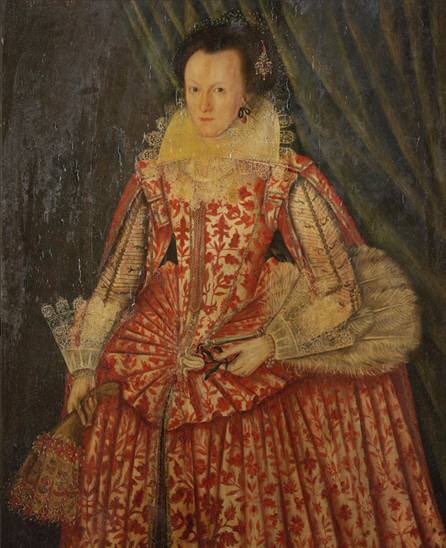 Then as the solvent is applied:

A remarkable Jacobean re-emergence after 200 years of yellowing varnish 1/2 pic.twitter.com/yBGNGDcNd7

The only details known about the mysterious lady in red is from an inscription on the painting that notes she was 36 when the work was completed in 1618. You can watch Mould remove the last bits of varnish from the subject’s face in the short clip below, and follow more of his painting adventures on Twitter. 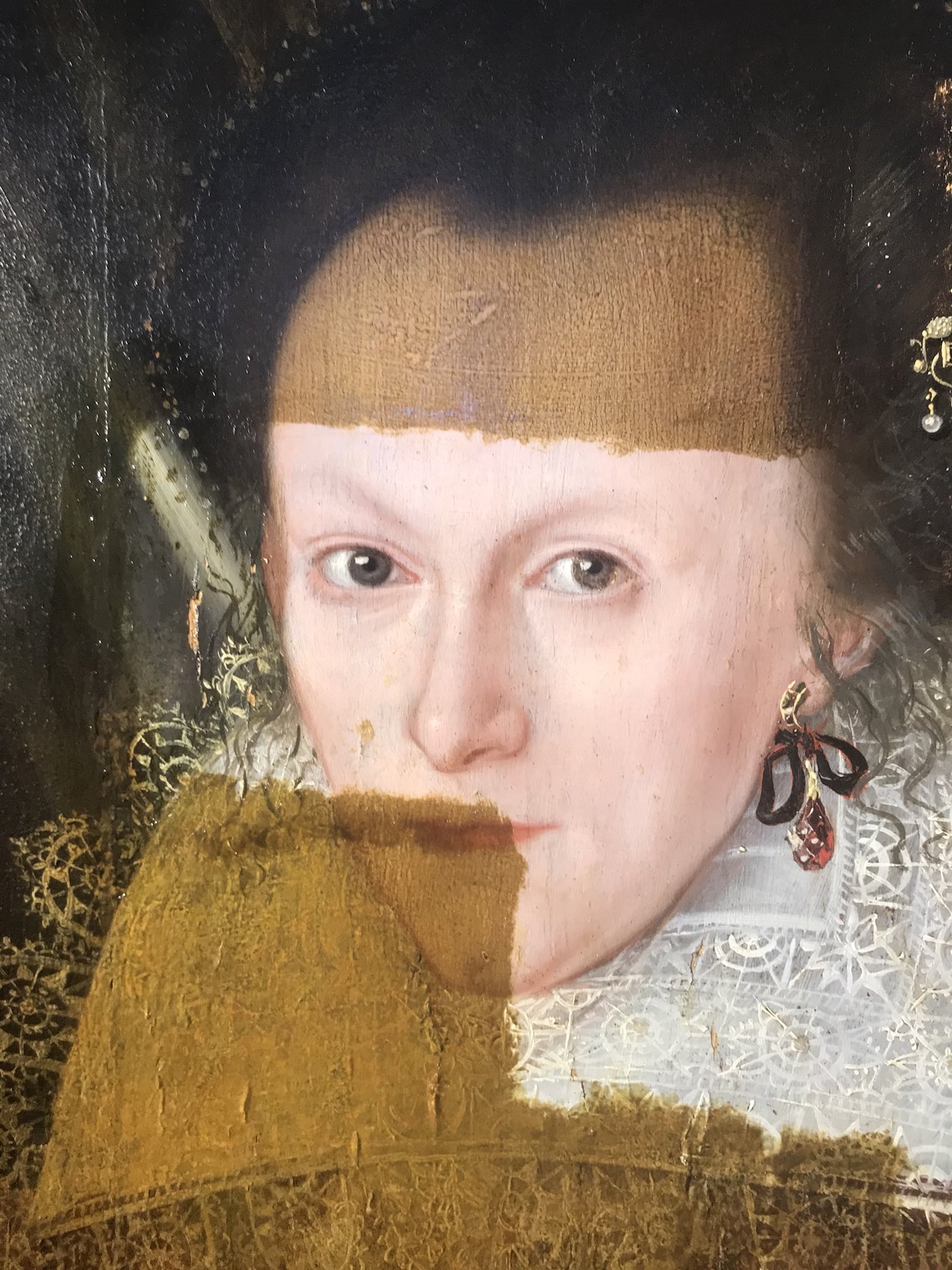 A last smear from the chin removed. I will post an image of the completed picture as soon as it is ready. pic.twitter.com/K7TSl2XdqE