Color swatches seem like a modern invention. Pantone, for instance, is tied up with the emerging post-World War II economy that needed to standardize colors in products and print media around the world. Paint companies, using carefully standardized chemical recipes, were able to sell the same shade of ecru in thousands of stores. In the 1950s, the U.S. government first standardized its own color palette. 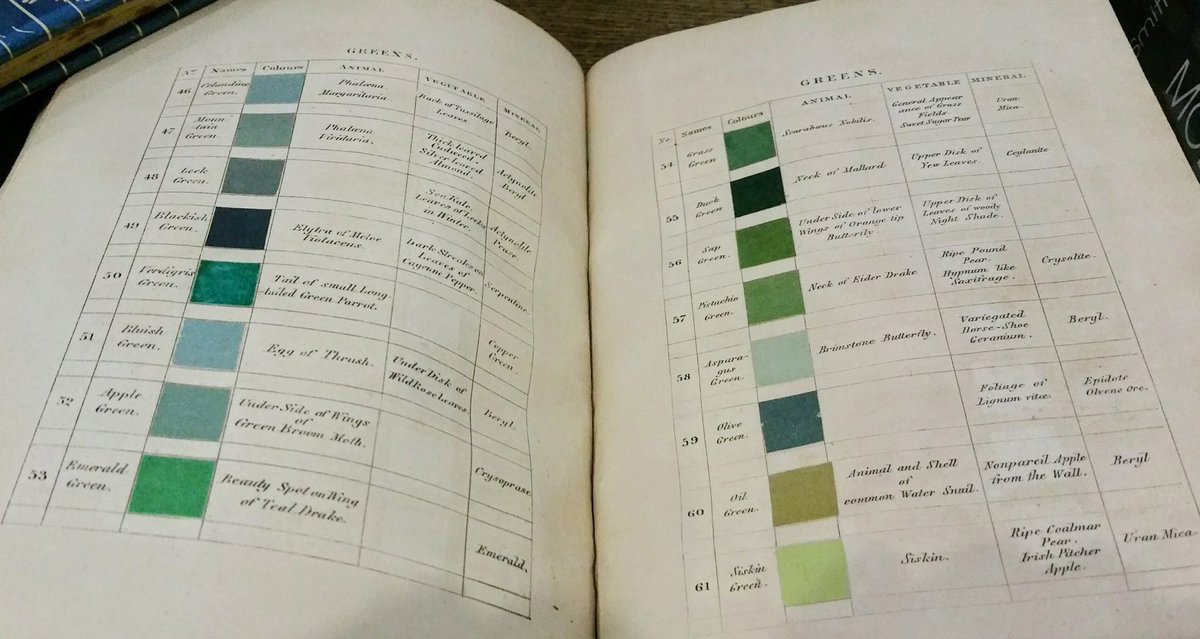 Yet, more than a century earlier, a standardized language of color did exist. It was called Werner’s Nomenclature Of Colours, and it reads like poetry: Arterial Blood Red. Sap Green. Velvet Black. The pocket-sized tome included more than a hundred paint swatches accompanied by elegant handwritten descriptions and examples of where each can be seen in animals, vegetables, and minerals.

“Skimmed Milk White,” or no. 7, “is snow white mixed with a little Berlin blue ash grey.” You can find it in “the white of the human eyeballs,” or in opals. “Wax Yellow,” or no. 64, is “composed of lemon yellow, reddish brown, and a little ash grey.” It can be found in the larvae of large Water Beetles or the greenish parts of a Nonpareil Apple. 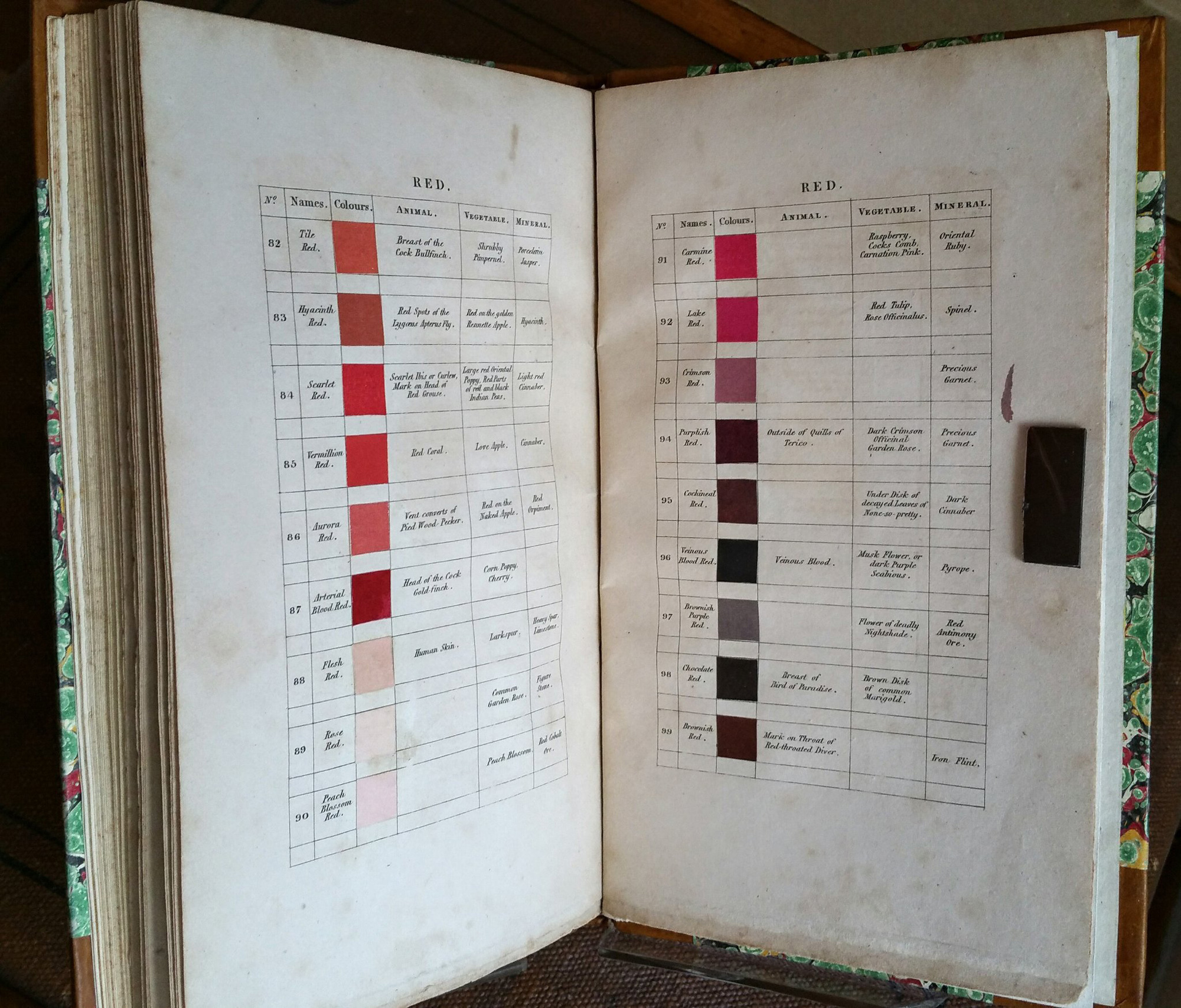 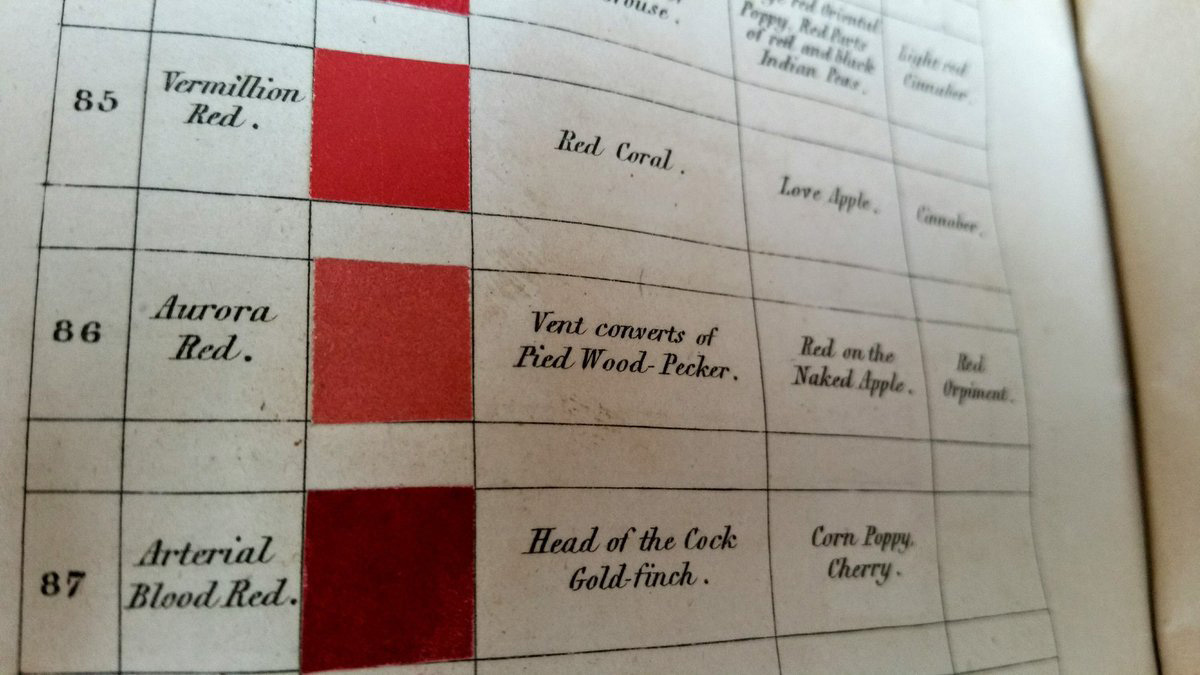 Werner’s was first published in 1814, but it’s being reissued by Smithsonian Books in February as a small $15 hardback facsimile. Who created this strange and matter-of-fact guide to color? The book was based on the work of an eponymous Prussian geologist, but its creator was actually a Scotsman, the painter Patrick Syme, who used Werner’s work with color to create a practical guide to identifying its shades in the natural world with help from Scottish naturalist Robert Jameson. “The anatomist will find it much to his advantage, to use in his descriptions some regular and fixed standard of colours; and in Morbid Anatomy, in particular, the importance of such an aid will be immediately perceived,” Syme wrote in the introduction. 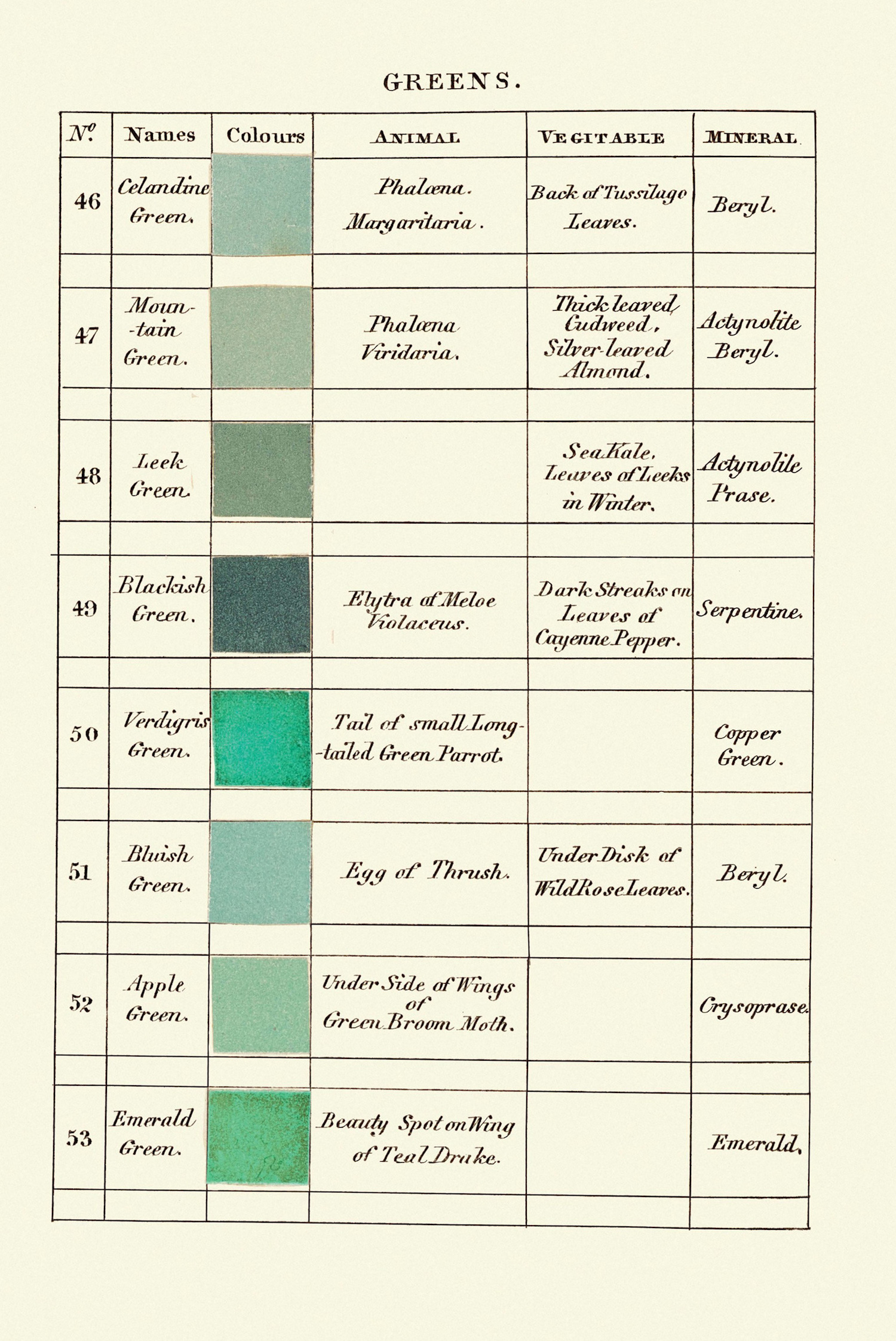 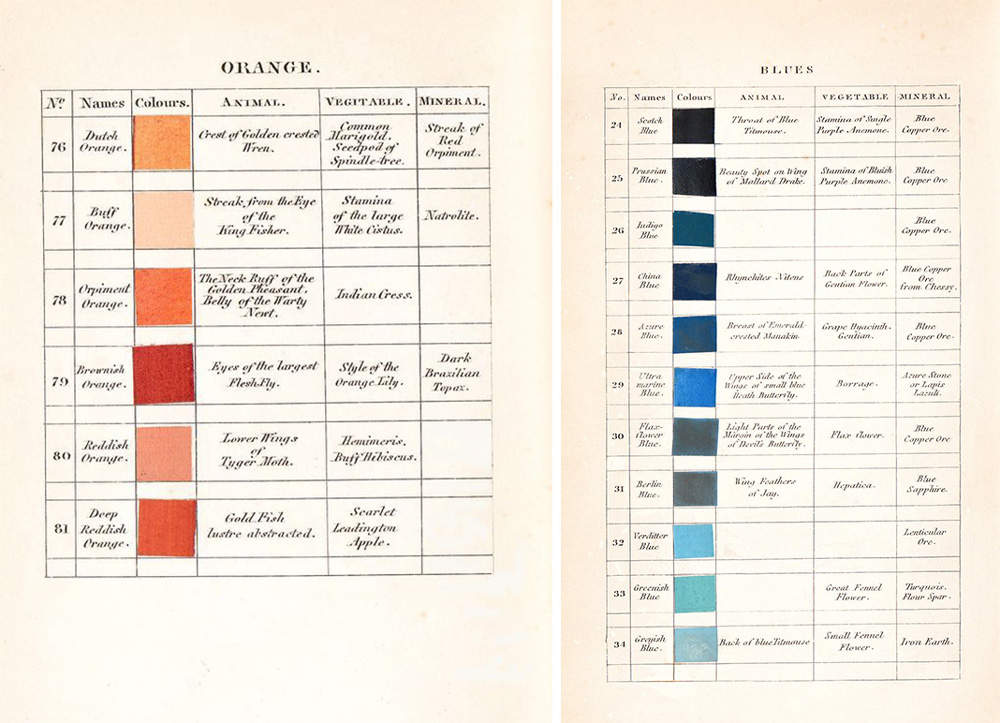 In the early 1800s, naturalists struggled for the words to describe the places and things they “discovered” in the world beyond Europe. They created taxonomies to classify their findings–for instance, the hierarchies of genus and species–but those only consisted of words with which to organize thousands of foreign plants, animals, and insects. Color, so subjective and mercurial, was more difficult to standardize. Werner’sbecame a practical tool for anyone taking notes in the wild, where field samples might fade over time and colloquial language proved tricky and unempirical.

Take Darwin’s writings aboard his H.M.S. Beagle, where he described being moved by the color of the Indian Ocean in 1832: “I had been struck by the beautiful color of the sea when seen through the chinks of a straw hat,” he wrote. “It was according to Werner nomenclature ‘Indigo with a little azure blue’ [and] the sky at the time was ‘Berlin [blue]’ with a little Ultramarine.”Werner’s wasn’t infallible, though. The swatches in the book were destined to fade, after all, and it was up to the user to match them. The way we talk about color today, often as a string of numbers rendered on a display, is much more foolproof. But where it may have failed scientific measures of objectivity, the book gave the world beautiful language with which to talk about something intangible and personal–from describing human skin to gemstones to the underside of a moth’s wings.

You can buy a copy here. 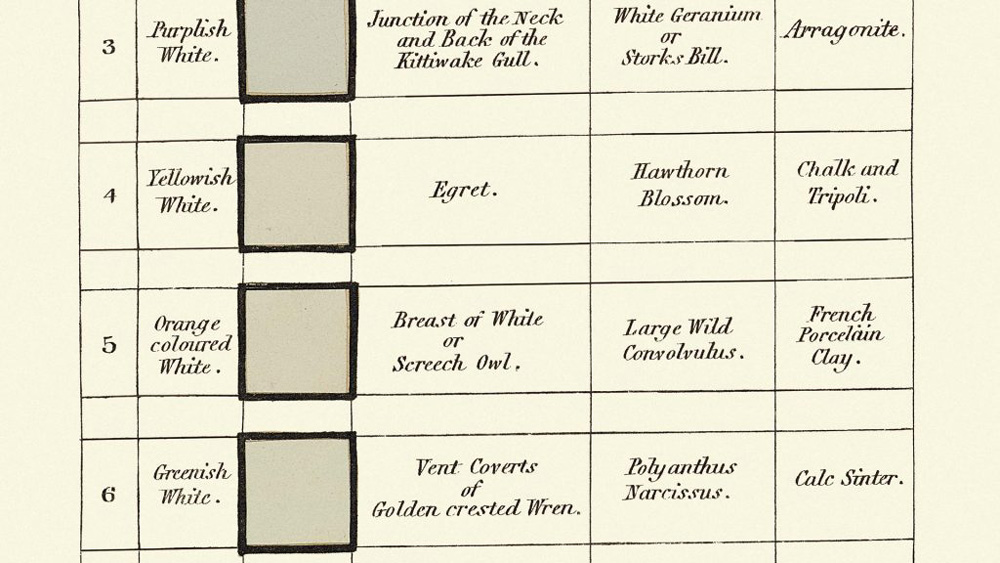 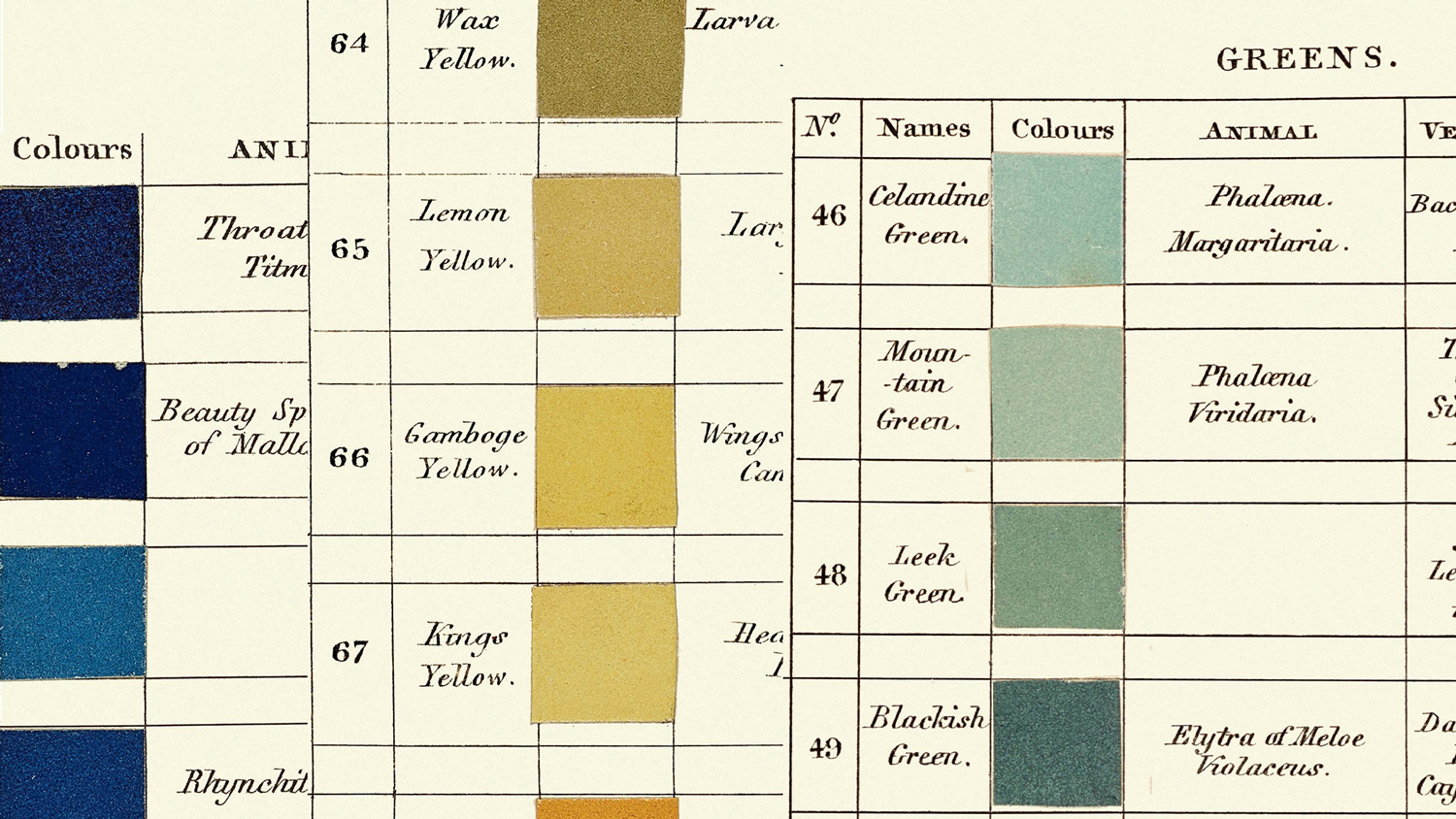 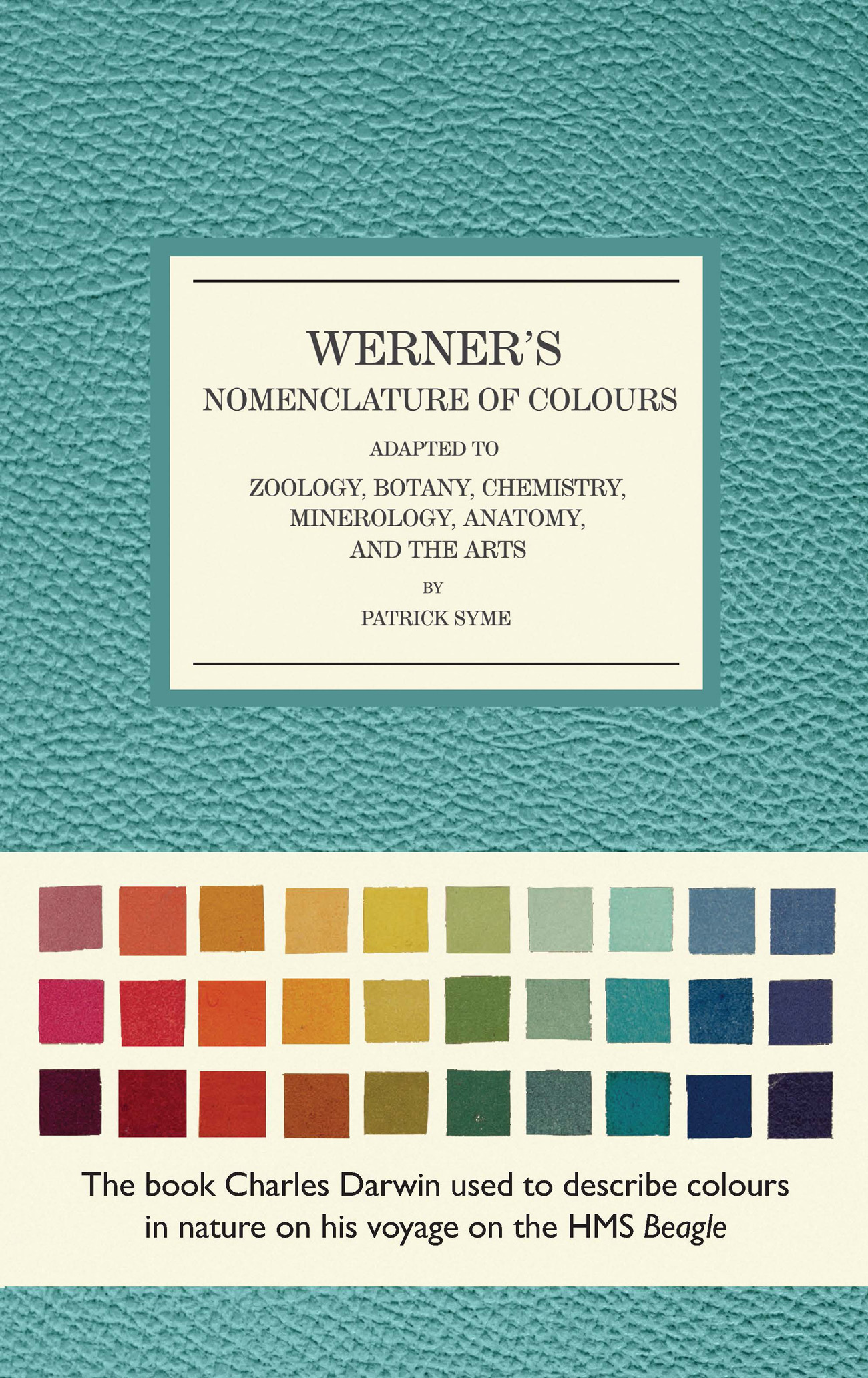