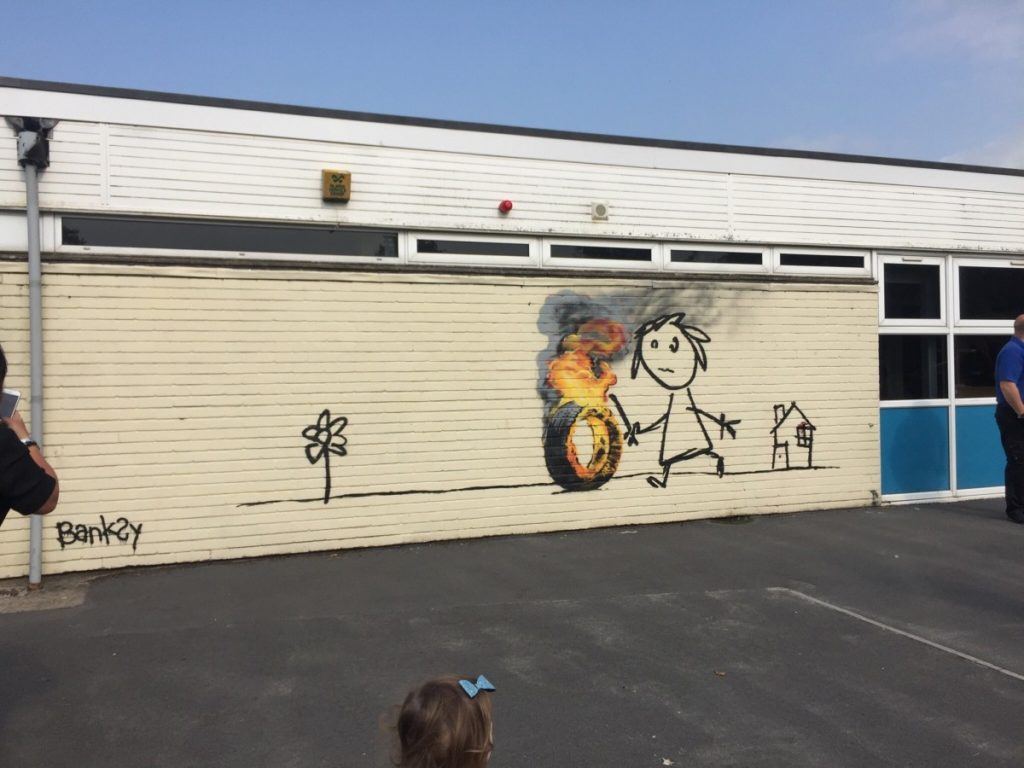 It’s been the art world’s biggest mystery for some time… who is Banksy? The identity of the mysterious British street artist has been a closely guarded secret ever since he popped up in Bristol and took over as the most recognizable political and satirical street artist around the world.

Over the years several different people have attempted to “unmask” Banksy, an obsession that seems to have gripped the world. Only a couple of weeks ago, a new sighting popped up in Australia. Theories surrounding his identity range from the plausible to the downright absurd. artnet recently enlisted curator and street art expert Carlo McCormick to rank 10 theories on Banksy’s identity based on their plausibility. According to Carlo:

“It is a curious obsession this need for people to identify Banksy,” McCormick told artnet News in an email. “But maybe it is an expression of their need to identify with him. This pursuit is however a wild goose chase, and a red herring, strictly amateur sport,” he said. “Banksy is a real person, perhaps not nearly as interesting as his myth but certainly not a myth,” he explained.

McCormick added, “He’s probably been unmasked countless times, but like a good conspiracy theory the improbably ornate fiction is always going to be more compelling than the simple mundane truth.”

We don’t necessarily agree with all of Carlo’s suggestions (especially because of our own personal knowledge), but here they are in reverse order! 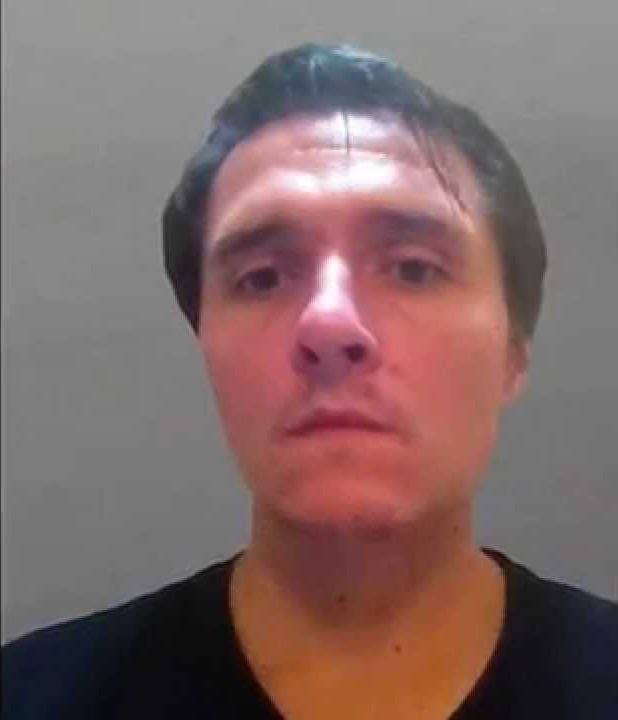 In October 2014 an American news website claimed that a 35-year-old man named Paul Horner from Liverpool was identified as Banksy after he was tracked down by an Anti-Graffiti Task Force and arrested for vandalism, conspiracy, racketeering, and counterfeiting.

Banksy’s publicist Jo Brooks later denied that the artist had been arrested and confirmed that the source article was a hoax published by a satire website. 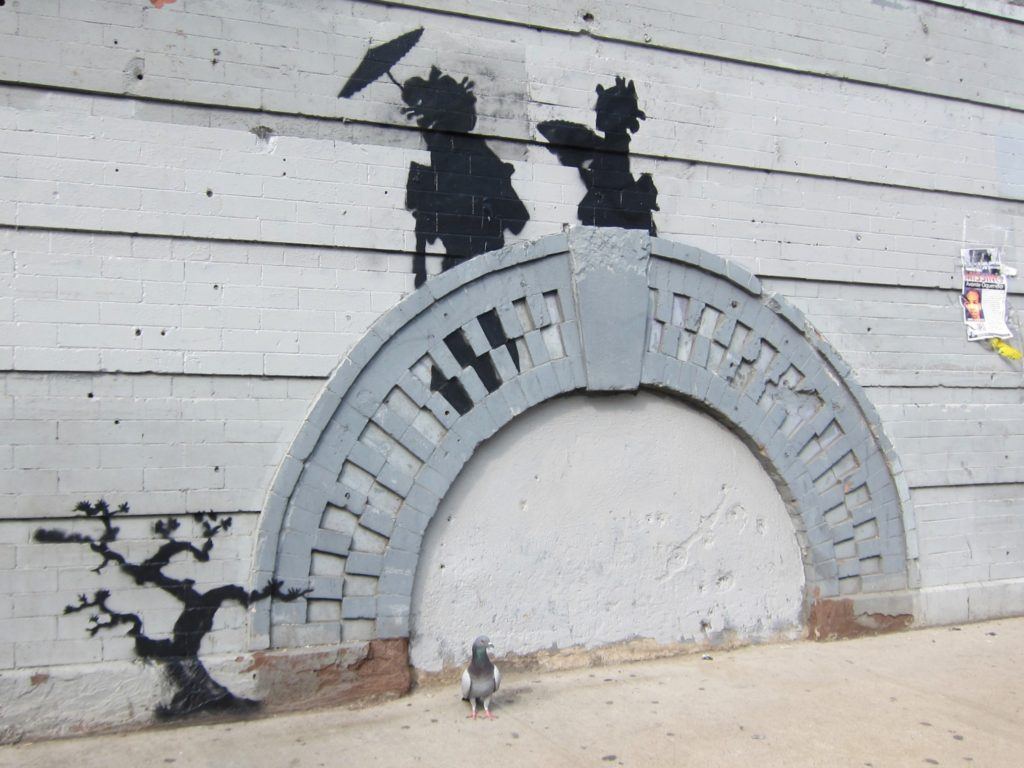 In March 2015 33-year-old Brooklyn artist Richard Pfeiffer was arrested for purportedly painting graffiti actually done by Banksy. Pfeiffer and his fiancé were admiring a street artwork in Manhattan’s East Village when police showed up and accused him of drawing the image.

Pfeiffer—who was found in possession of a pen—was able to prove that the tip didn’t match the style of the piece cops claim he drew. The charges were dropped six months later.

3. A team of artists led by a woman 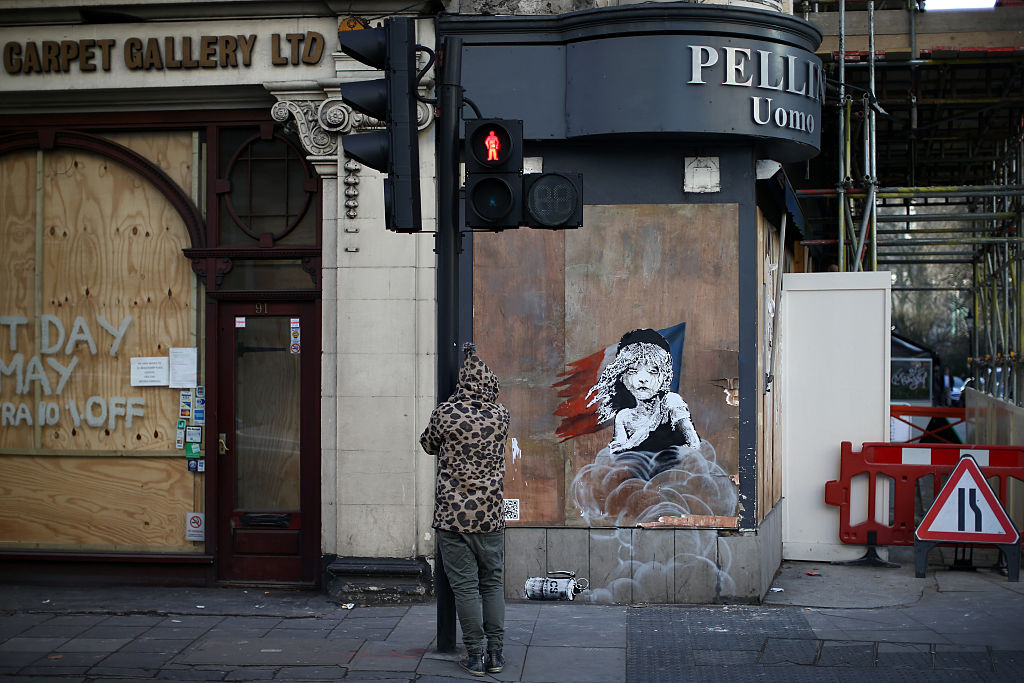 In the HBO documentary Banksy Does New York, the Canadian media artist Chris Healey claimed that Banksy is in fact a team of seven artists led by a woman. He maintains that the leader is a blonde woman who appears in scenes depicting Banksy’s alleged studio in the documentary Exit Through the Gift Shop (2010). The theory remains plausible only insofar as it hasn’t been disproved.

“No, so wrong. And it shows a shameful lack of understanding as to the nature of this artist’s vision and eccentricity to consider that it would be a team.”

4. A parking attendant at “Dismaland” 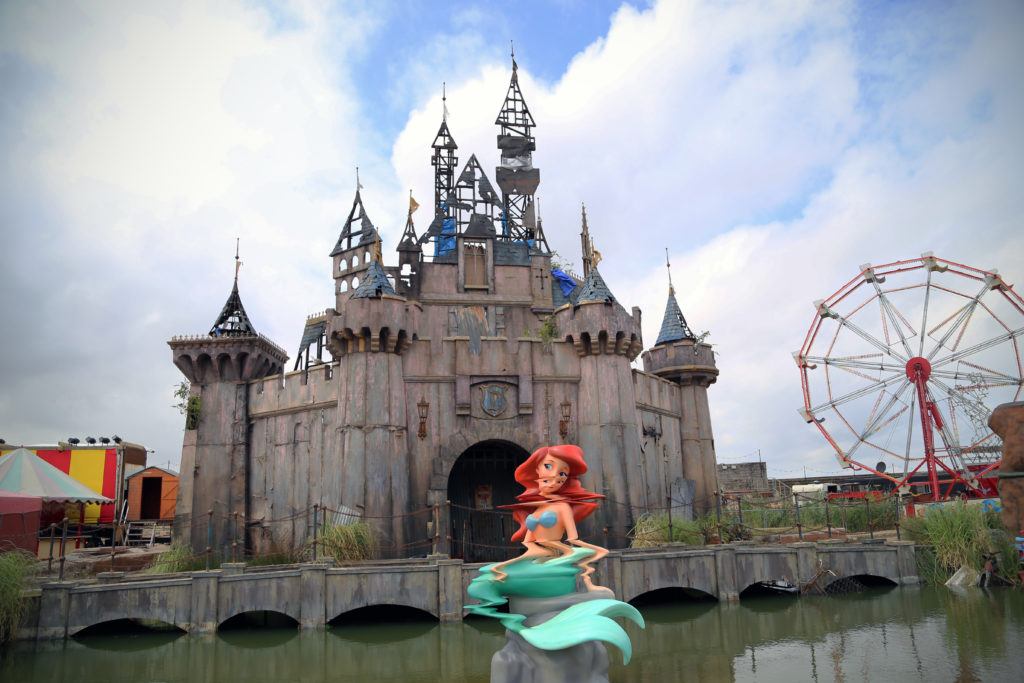 Reports in the British media claimed that Banksy was hiding in plain sight on the site of his satirical amusement park project “Dismaland” which he constructed in the resort town of Weston-Super-Mare in 2015.

Banksy fans reportedly recognized Robin Gunningham, a man touted to be the mysterious guerrilla artist from a photograph purported to be Banksy published by the Daily Mail in 2008. However it turned out that the parking attendant was in fact an employee of the local municipality. 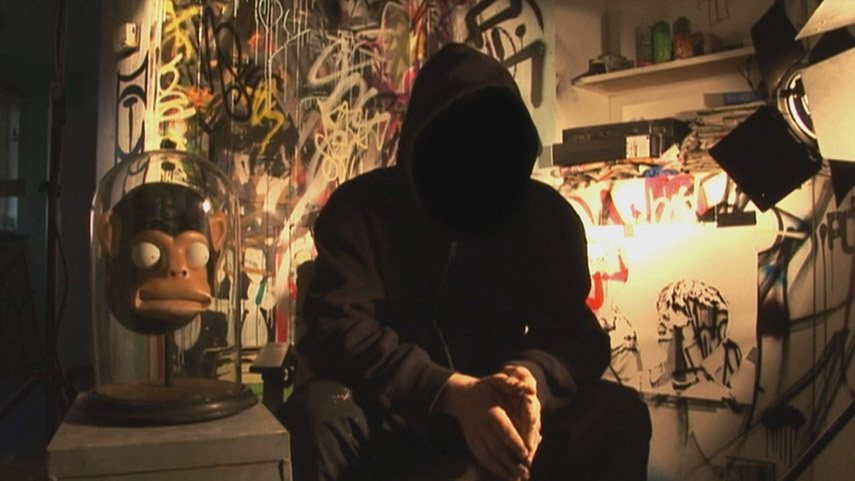 In January 2015 a British teenager claimed that a man introducing himself as Robin Banks gave him a print signed by Banksy on a train in Oxenholme, England after the young man helped the artist pick up paints that fell out of his carry-on bag. 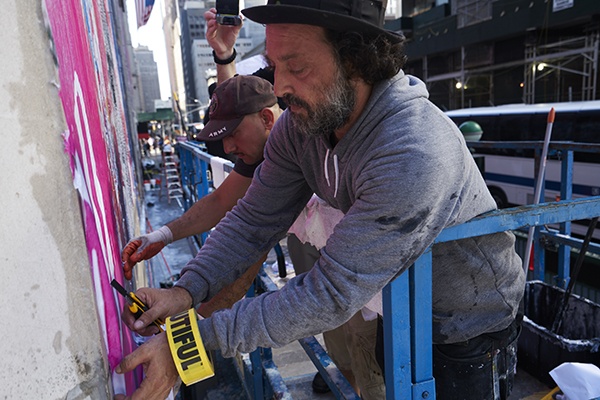 Some say that the clownish French artist who starred in Banksy’s documentary Exit Though the Gift Shop is in fact one and the same as Banksy even though Mr Brainwash is widely derided by art experts as a pretty terrible artist.

“No, no, no. It goes to show how damn ignorant most fans of street art are that there could ever be any confusion made between the blundering stupidity of Mr. Braindead and the savvy radicalisms of Banksy. Simply put Thierry is a rich kid who could provide artists like Banksy [with] access to prime properties in L.A. so that some of the more daring conquests could have been given permission. I’m not an expert in these matters, but if I had to guess that’s how Thierry ended up mucking everything with his baby formula of bad art direction and mindless cut and paste juxtapositions.” 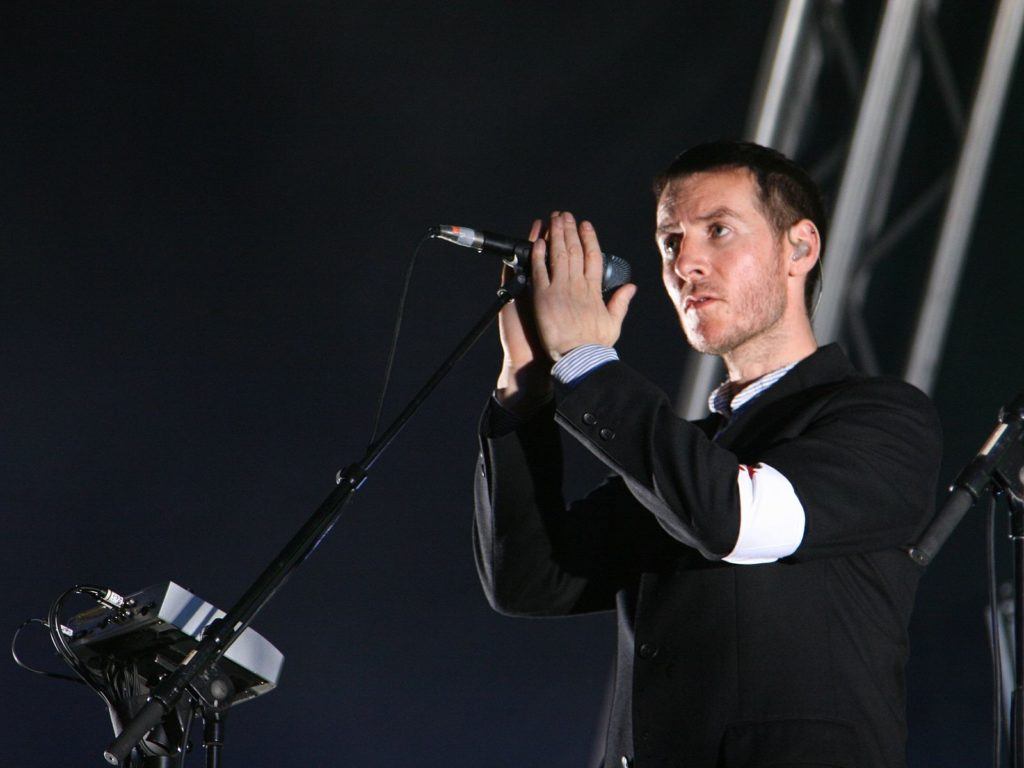 Del Naja swiftly denied the reports saying that the rumors were “greatly exaggerated.”

“This is really funny, and I’ve been confused with mates of mine before so maybe understandable. No, it’s not true. But it’s a worthy reminder what a bunch of delinquent ecstatic transgressors Massive Attack have always been, and how it was not so long ago that such subversive voices were carried through music before migrating more fully to visual culture.” 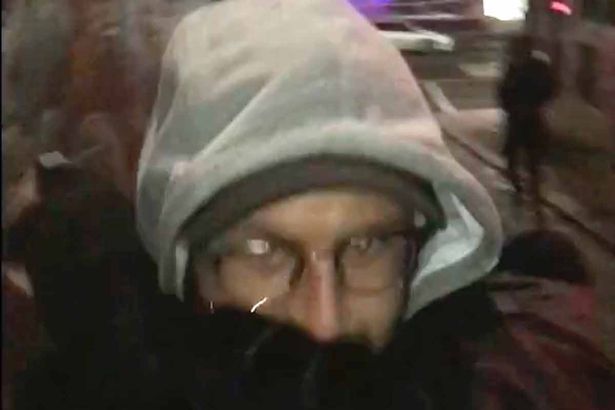 YouTube user Mia S claimed she caught Banksy in the act after filming a man purported to be the elusive street artist in Melbourne, Australia. The video shows a bespectacled man in jeans, a dark jacket, hooded sweatshirt, and watch cap.

She confronts the graffiti artist in the video before he tells her to “fuck off” and flees the scene.

McCormick’s verdict: 50 percent chance [Editor’s note: this definitely wasn’t Banksy. It was a prank to create some press for the unauthorized Banksy exhibition “The Art of Banksy” in Melbourne. McCormick must have been high when he came up with this conclusion]. 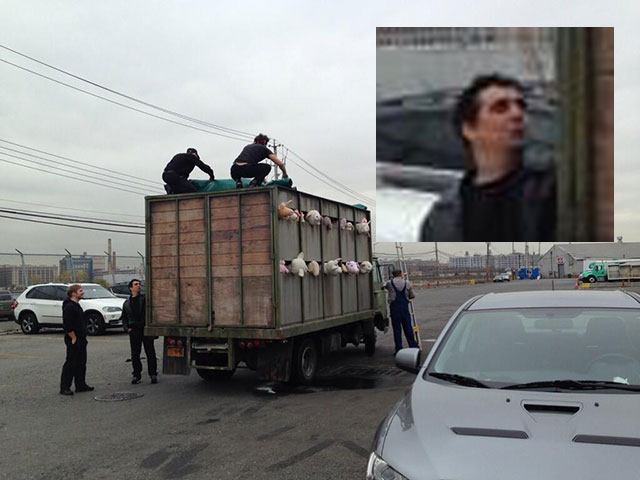 Twitter blew up when photos supposedly depicting Banksy preparing his artwork Siren of the Lambs (2013) emerged online. The photo showed five men arranging stuffed animals in a truck outside a warehouse in Red Hook Brooklyn, leading to intense speculation that one of the men standing next to the truck, who appeared to give orders, is the elusive artist.

“Sightings are of course very different than identifications. They may in fact be legitimate but they tell us no more than a Rorschach would; merely the amplification of desire into sight. Quite possibly they are no more reliable than the stories of UFO abductions or all the spottings of Elvis in strip malls long after he was certified dead, but just as likely to be real. I couldn’t reliably point out most of my friends or family in a police lineup so don’t ask me, but as Banksy proclaimed ‘one nation under CCTV’ and as the cameras proliferate and we gradually turn into a society of snitches, why the hell shouldn’t he be like a phantom meme in all our low budget videos?” 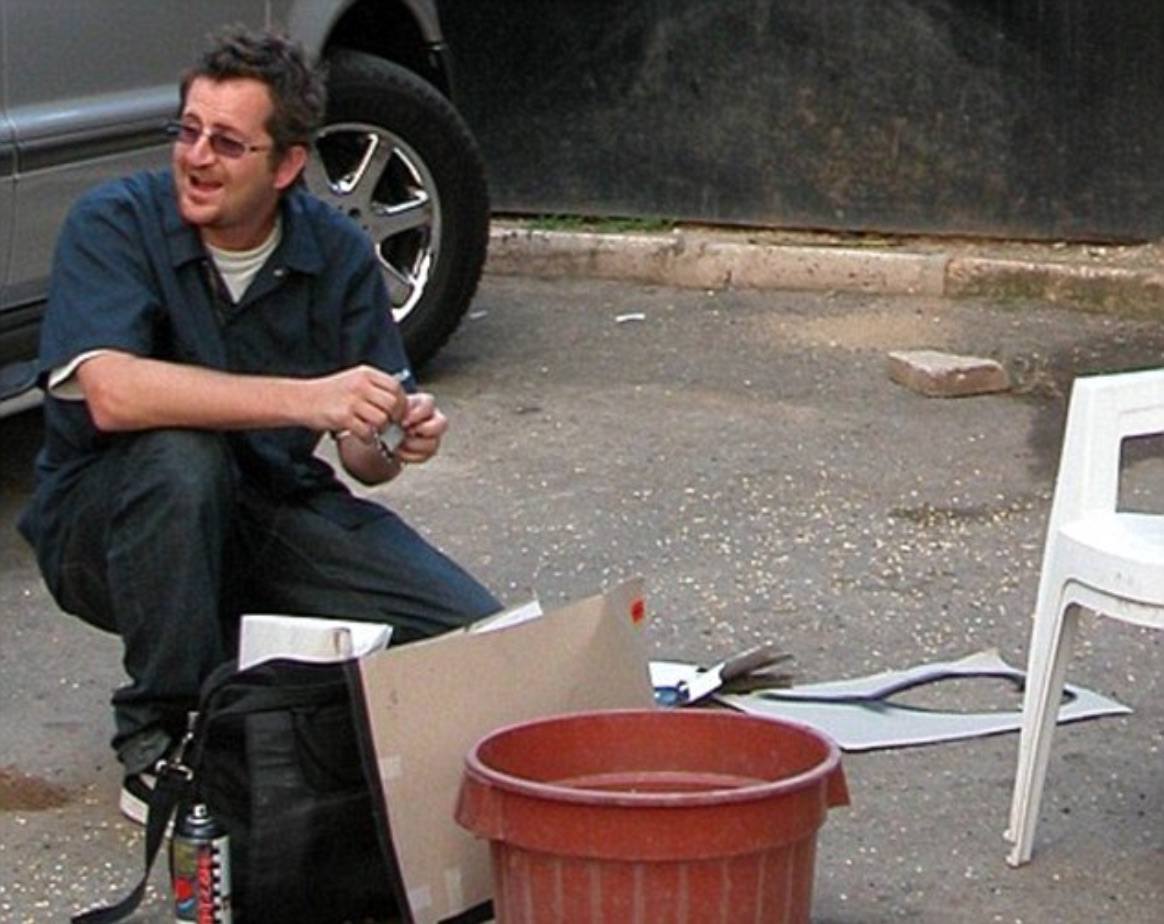 Geographic profiling is a sophisticated statistical analysis technique used in criminology to locate repeat offenders. The researchers looked for a correlation between 140 artworks in London and Bristol attributed to Banksy, and 10 commonly touted names purported to be the elusive street artist.

“Yes, and it is scary to think that something as creepy as geographic profiling could be put to such ends.”

So there you go! Who do you think Banksy is?

———————
And don’t forget, if you’re looking for a piece of original art to hang on your walls, check out artFido HERE!