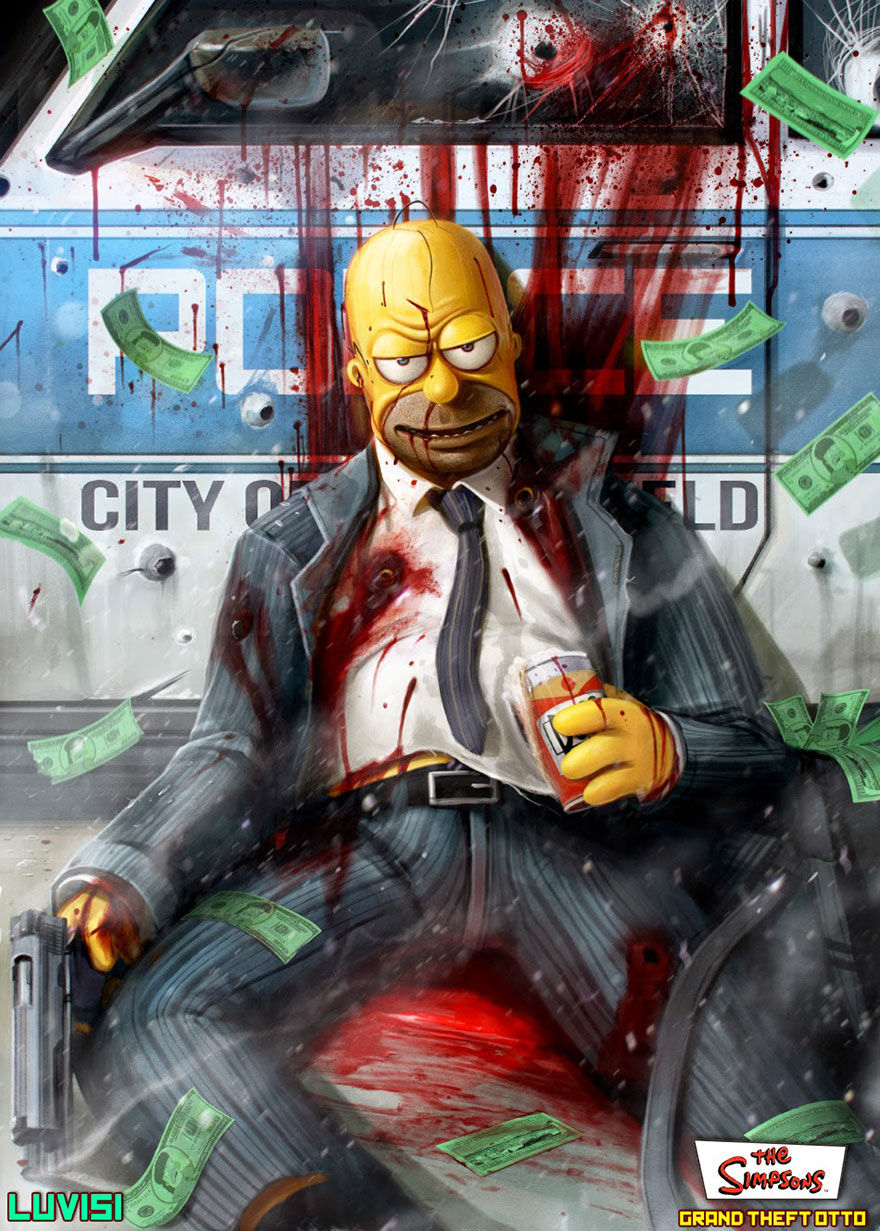 Dan LuVisi, a digital concept artist based in Los Angeles, has created a twisted and evil series of images that have the potential to ruin some of your fondest childhood memories. This artist has taken aim with his dark and gritty pen at some of our favorite childhood pop culture characters in his “Popped Culture” series, turning them into hellish demons or unsavory elements of the criminal underworld.

“I was inspired by my childhood nostalgia, growing up on Disney and Nickelodeon cartoons,” said LuVisi to Huffpost. “But what my intentions were to do, was combine that love with the dark underbelly of Hollywood and how it corrupts some of its many actors and actresses.” For some of the images, he has also created elaborate and entertaining back-stories, which you can read on his blog.

“I know, the characters I am painting are gross, scary and dark. But I am not a crazy person,” LuVisi writes on his blog in defense of his work. “I have two lovely cats (okay, may be semi-crazy), and I like to think I’m an okay guy.”

The prints are being created in preparation for a book that he will release in collaboration with his friend Alex Konstad that will be called Popped Culture. He also has prints for sale. 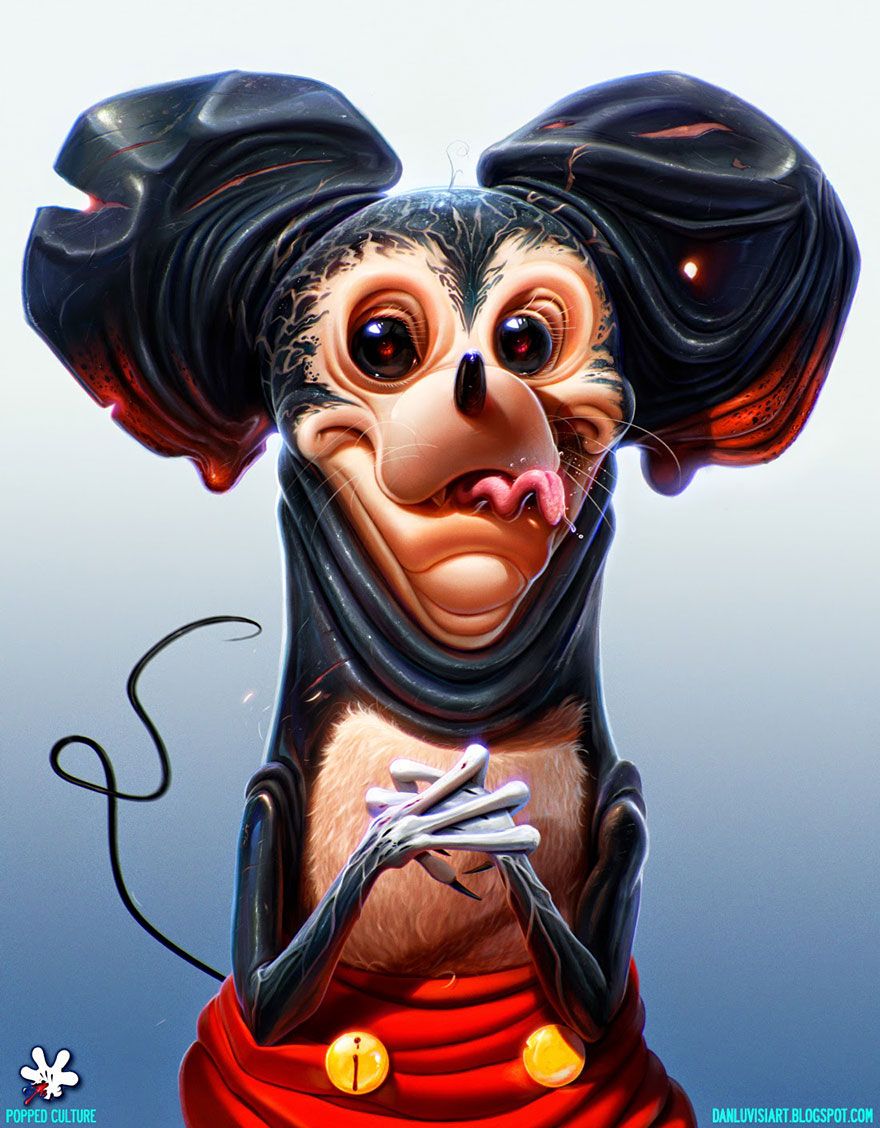 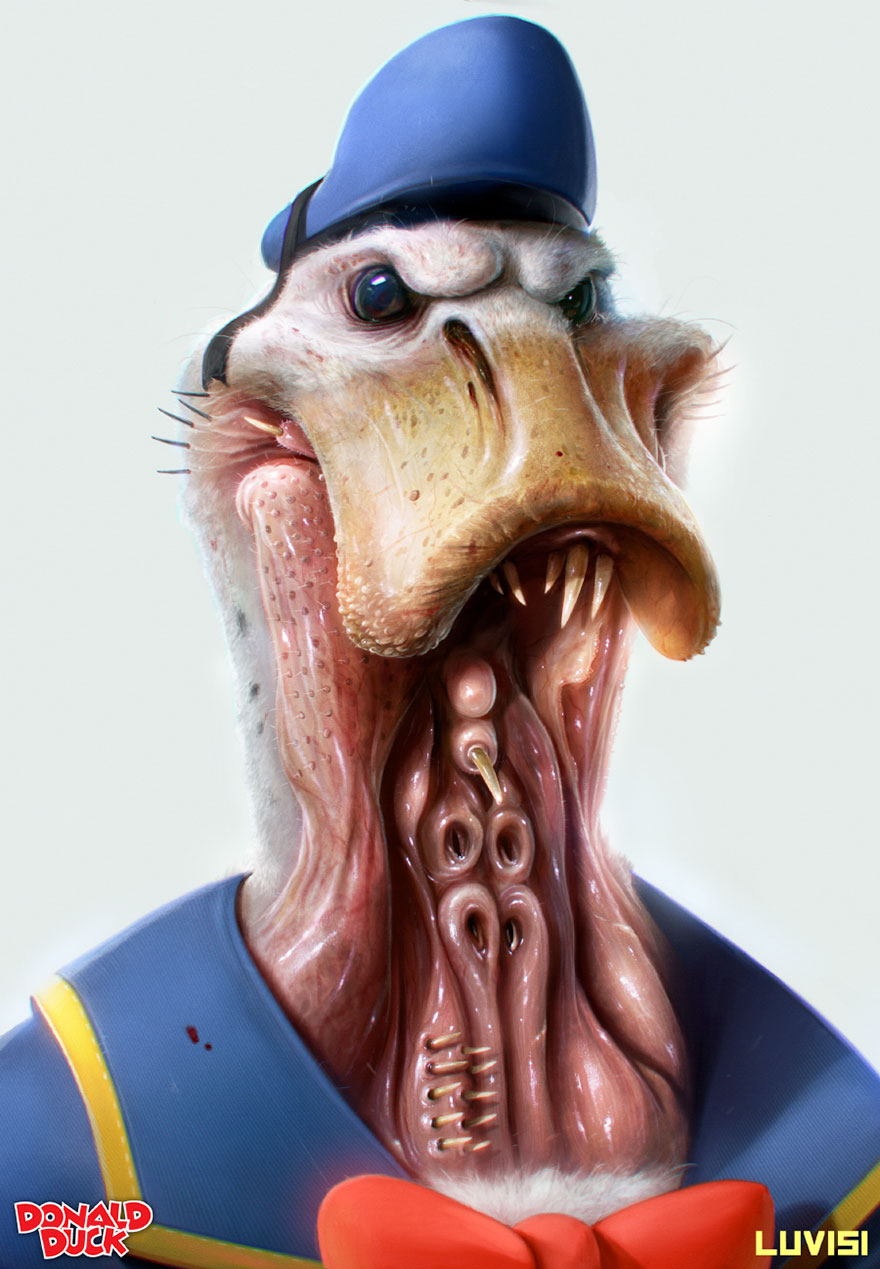 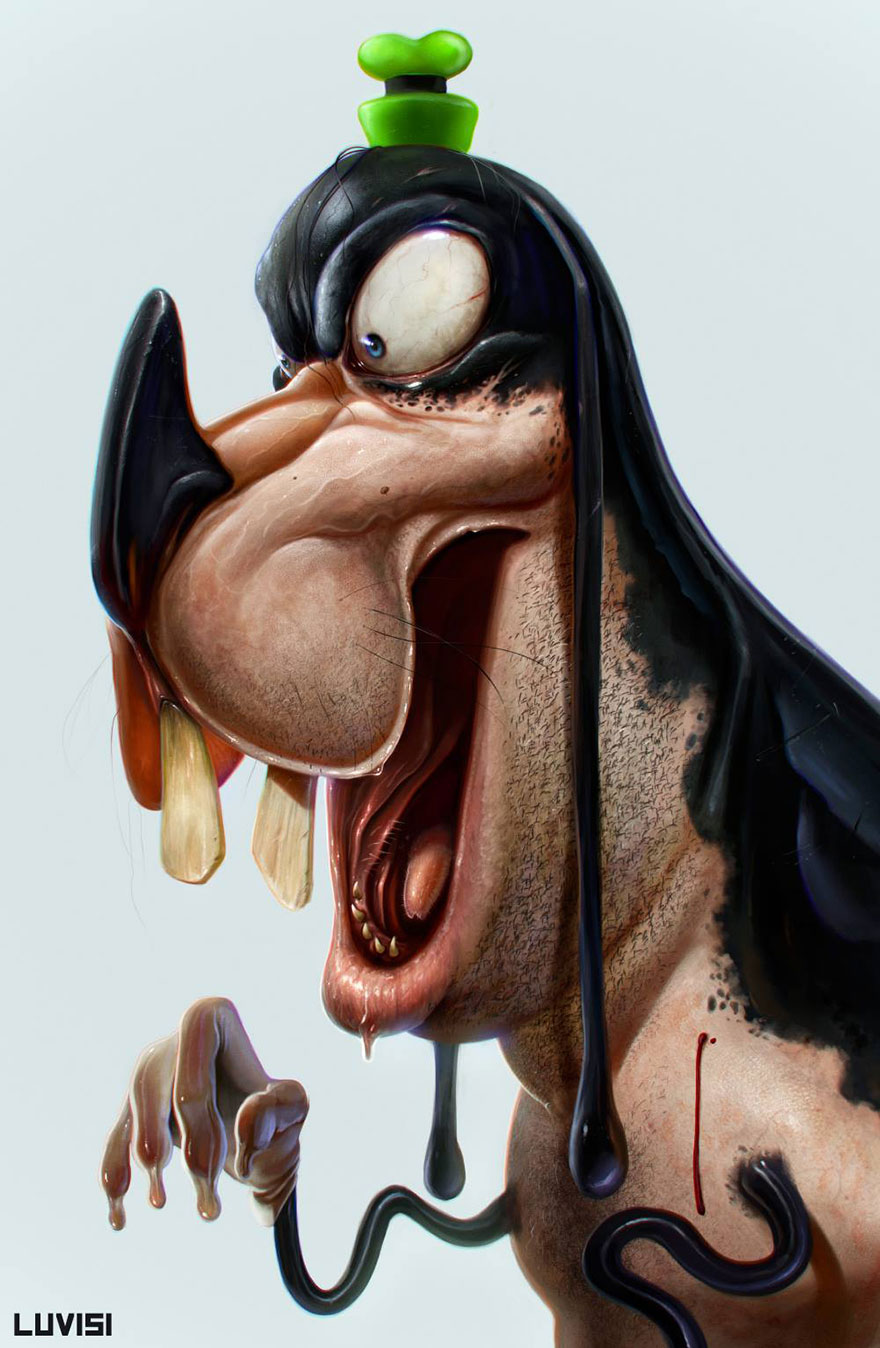 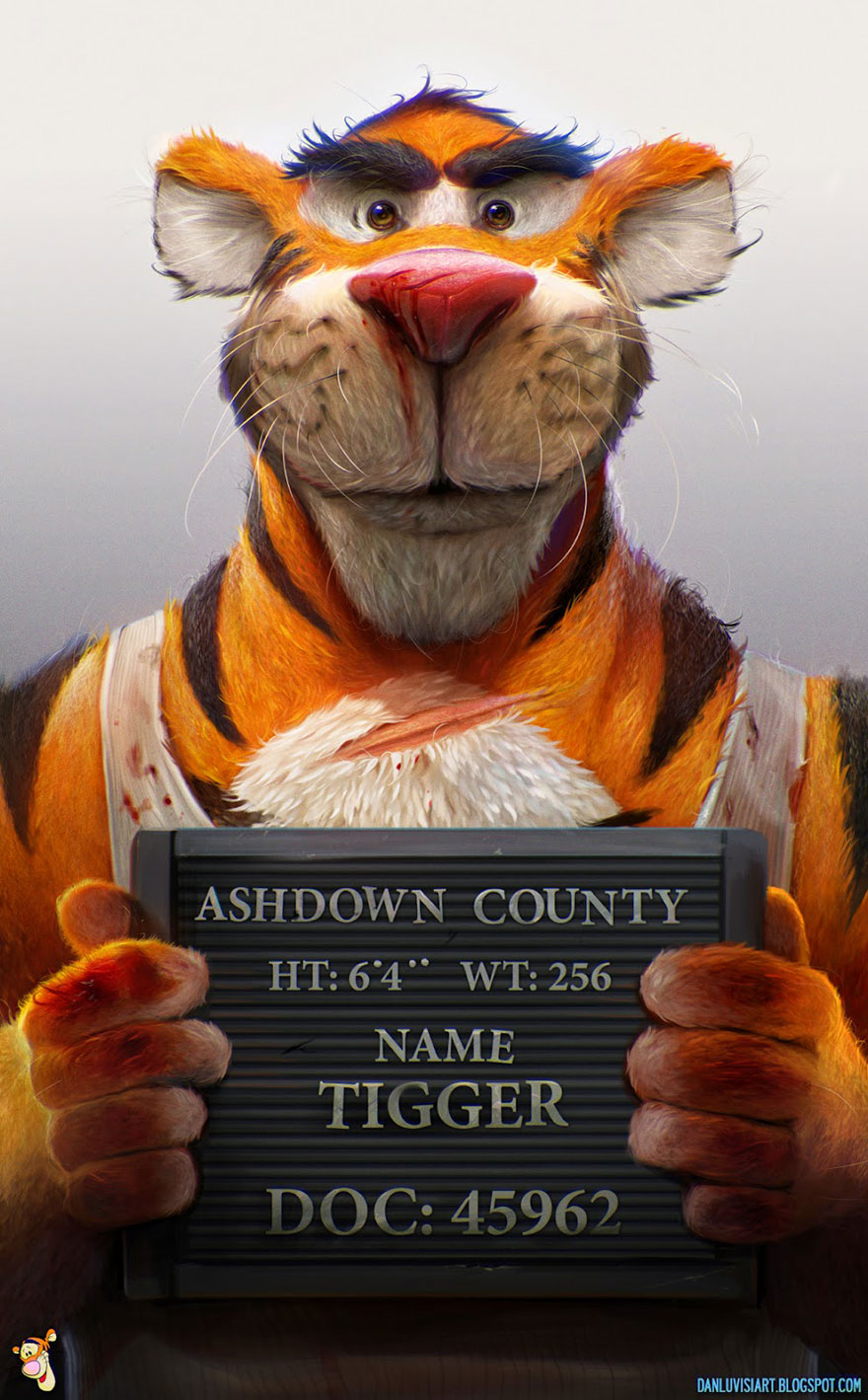 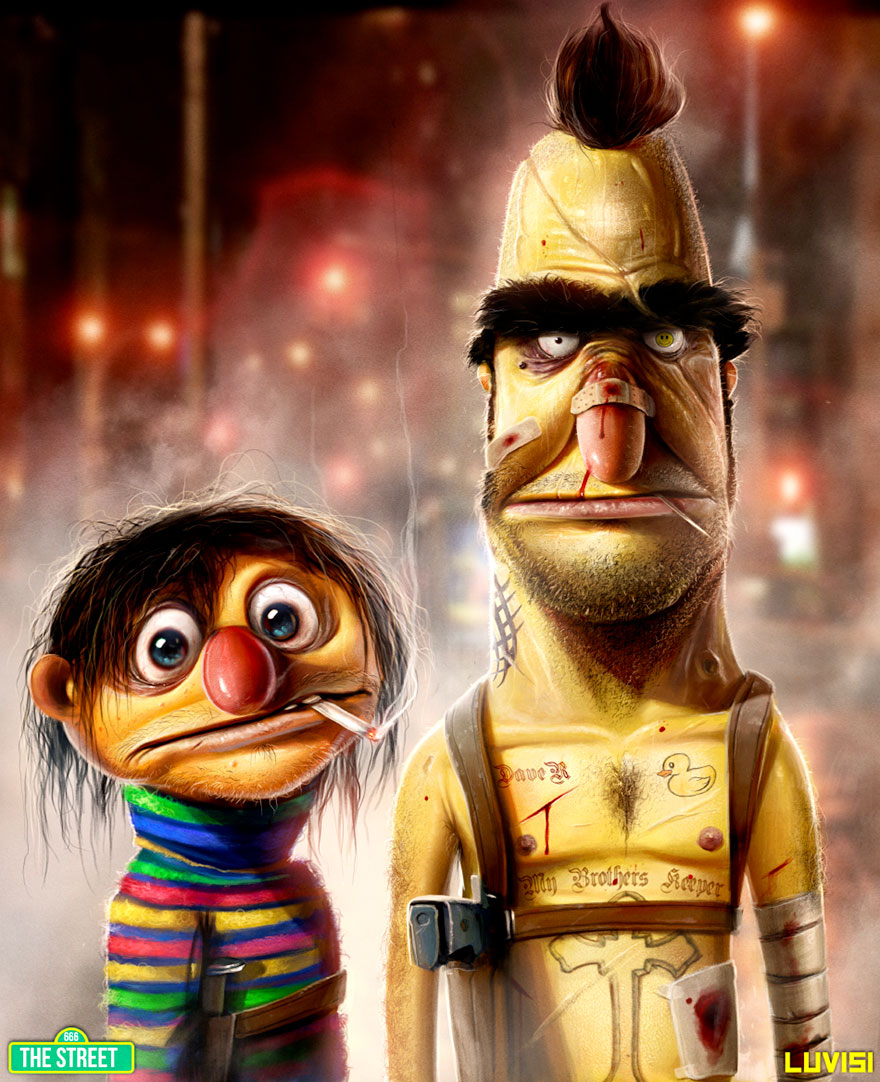 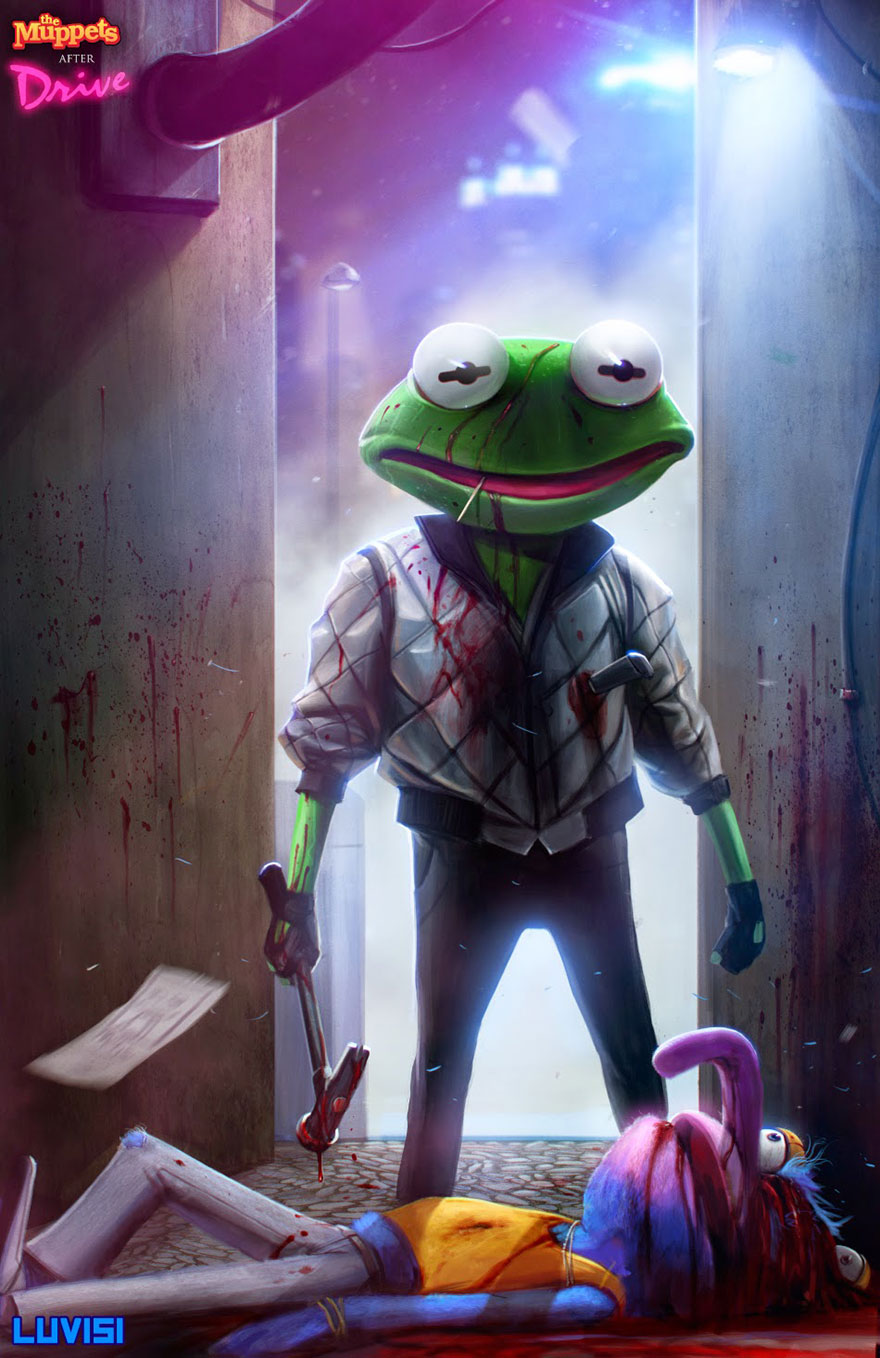 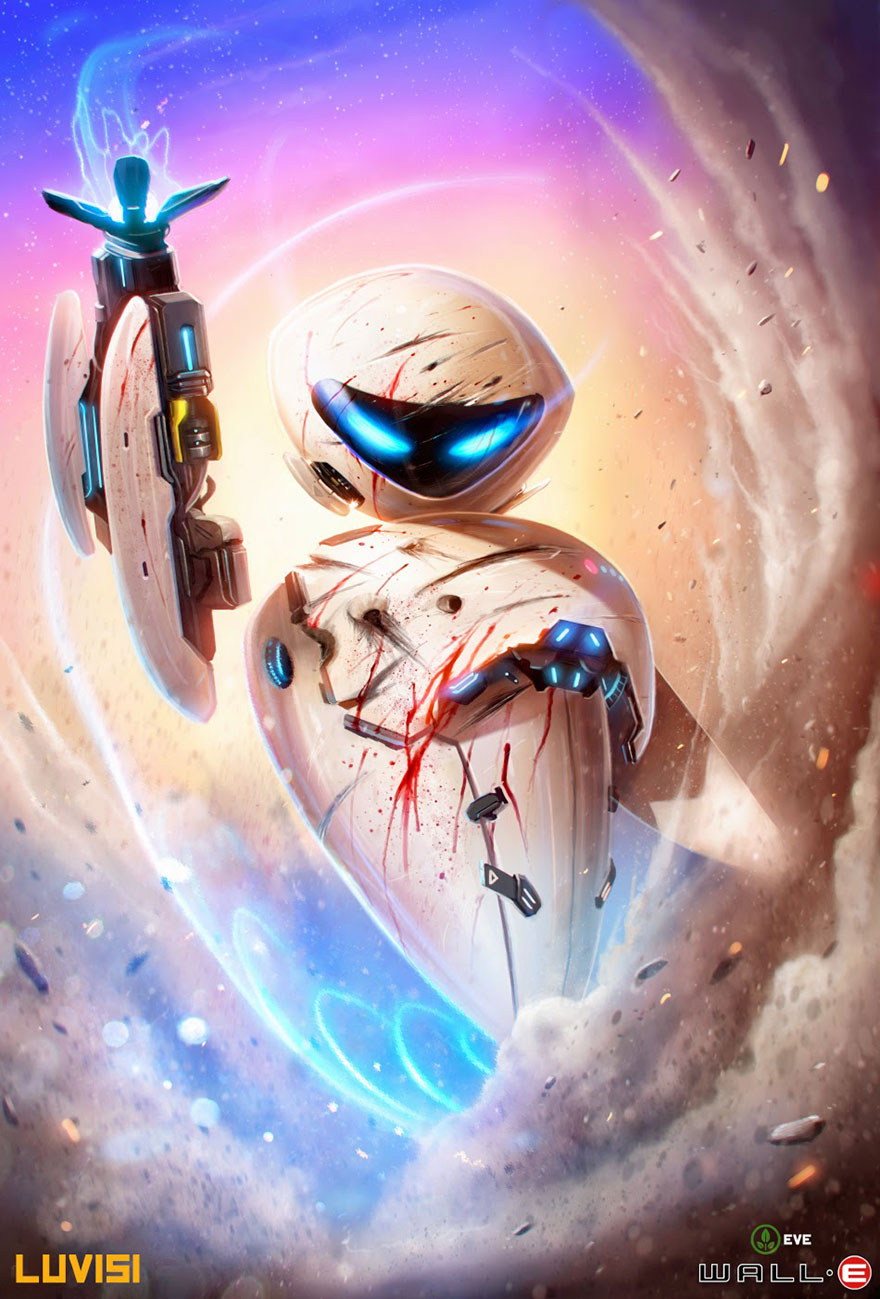 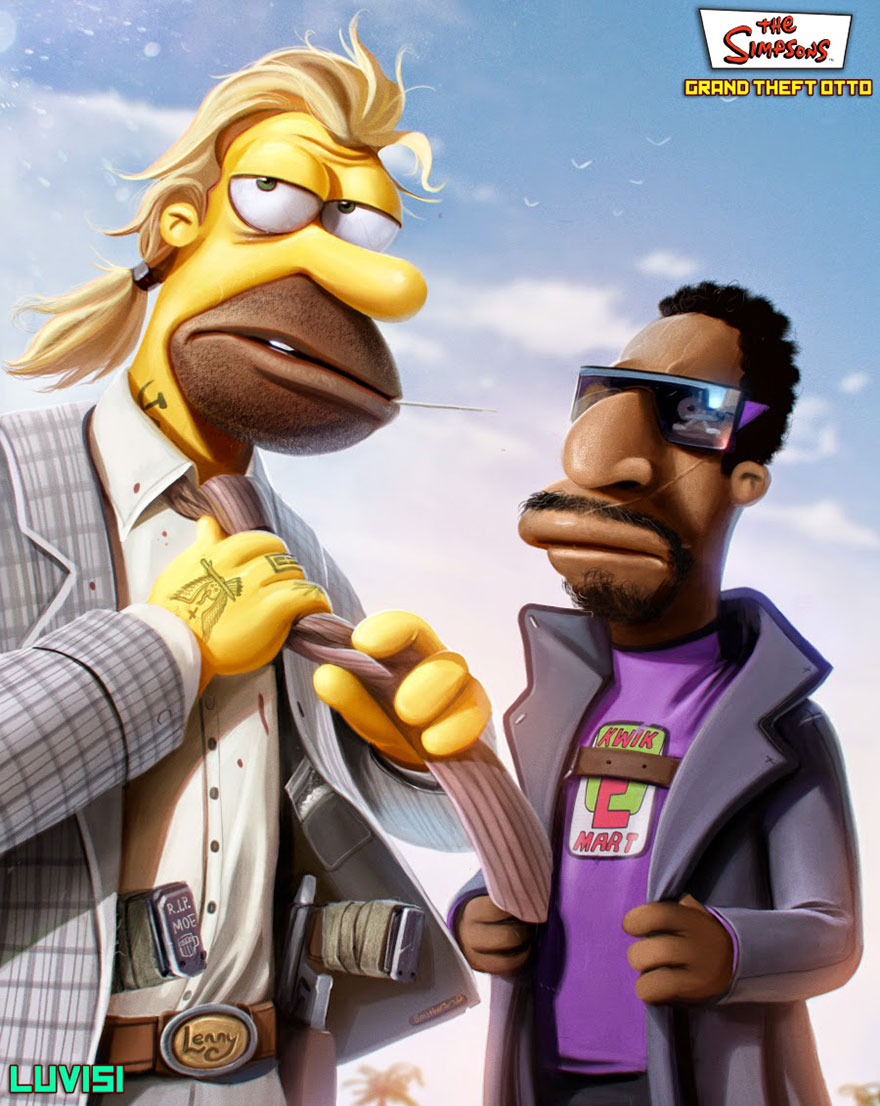 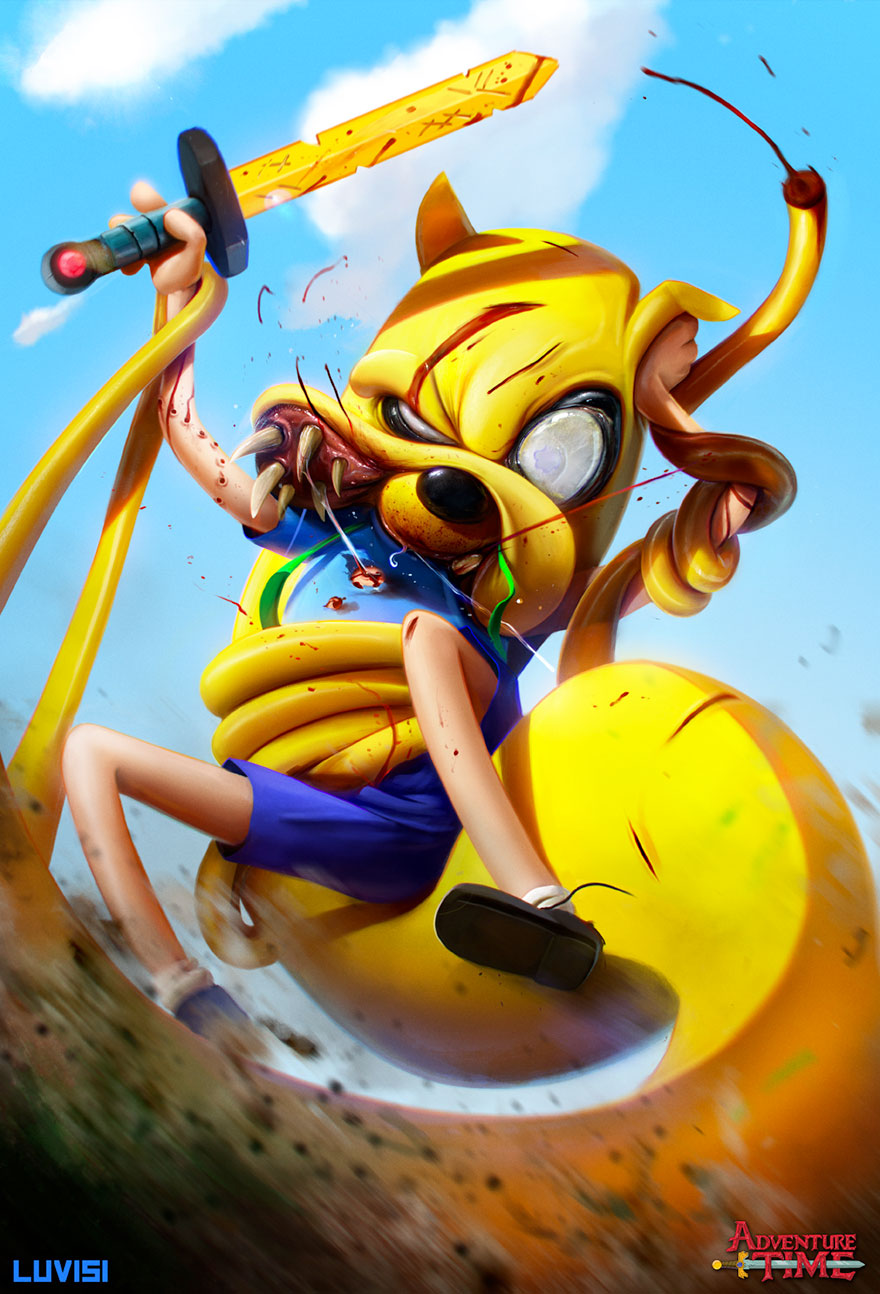 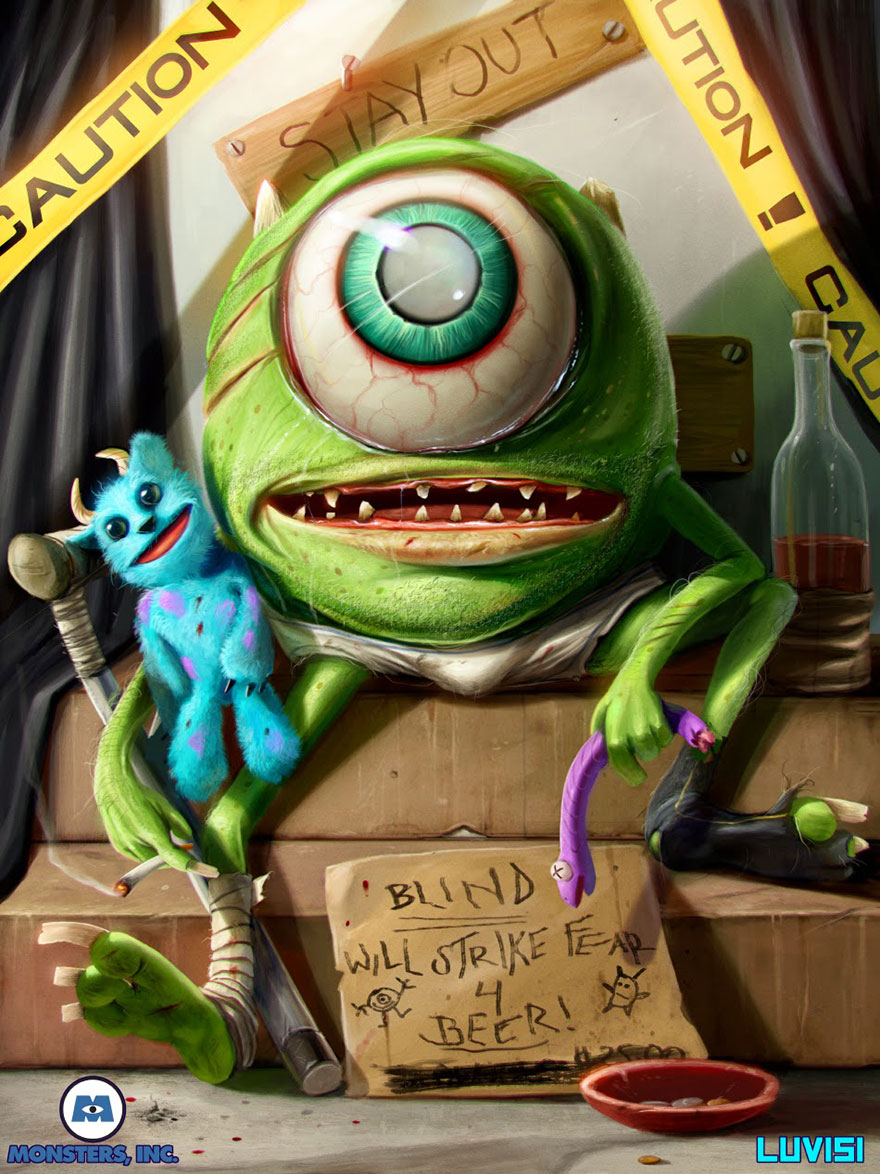 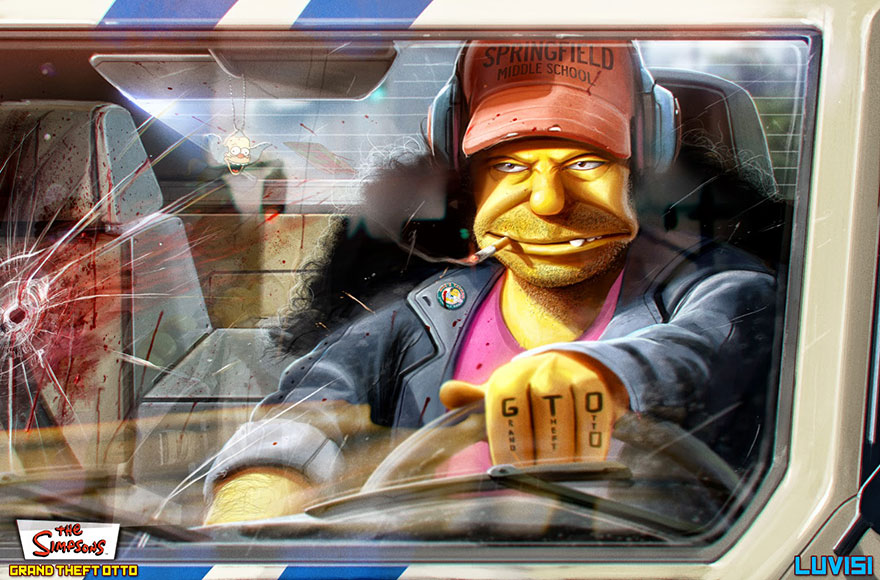 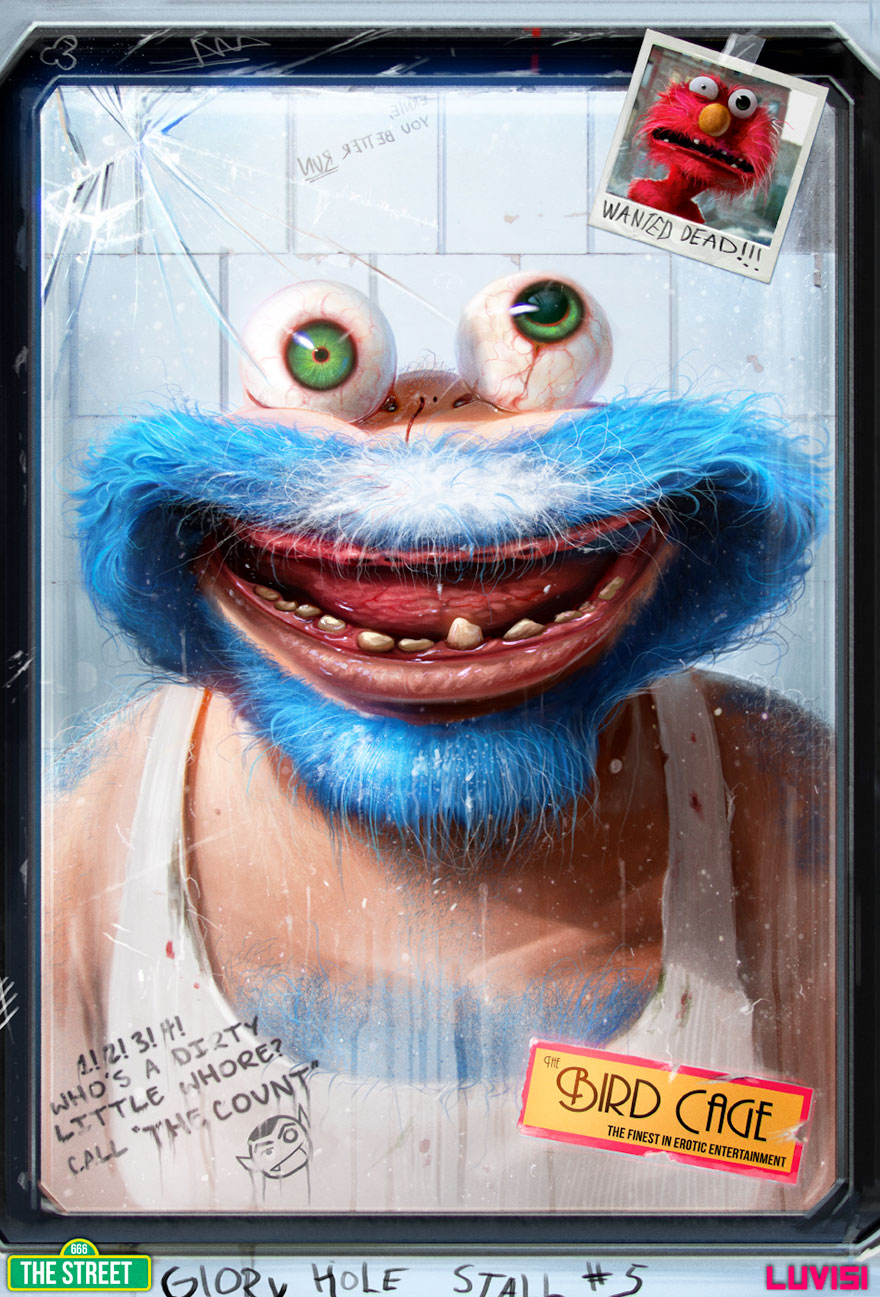