These stunning caves aren’t part of some fairy-tale world or horror movie – they can be found in some of the world’s most remote places in Asia, North America and Europe.

Some of these caves form when water seeps down through cracks in limestone rock. The limestone rock dissolves into the water bit by bit, forming cracks and openings. Over millions of years, these openings, and the limestone left behind by dripping water, can form the majestic caves you see here.

Other caves were formed over millions of years by being gradually worn away by lake or sea water.

If you’re thinking of rushing off to visit one of these caves, hold your horses. Although some of the caves are open for public, like Phraya Nakhon Cave in Thailand, the majority of them are only open to extreme adventurers who have to get their passes in advance. As you can see from the pictures below, the people who get the chance to explore these natural beauties are equipped with some special equipment.

Fortunately for us, almost all expeditions to the caves are joined by professional photographers. Their precious photo shoots allow us to learn about those mysterious places on Earth that are still untouched by humankind. 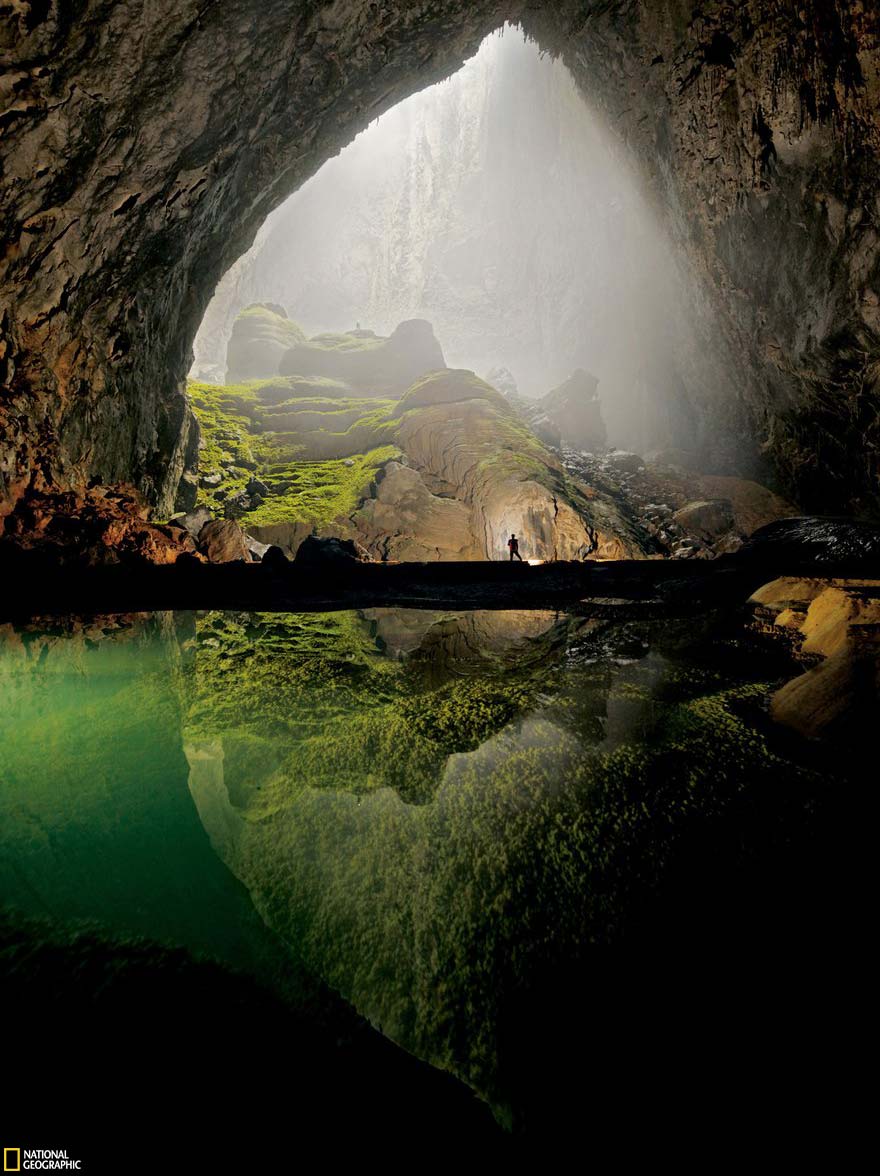 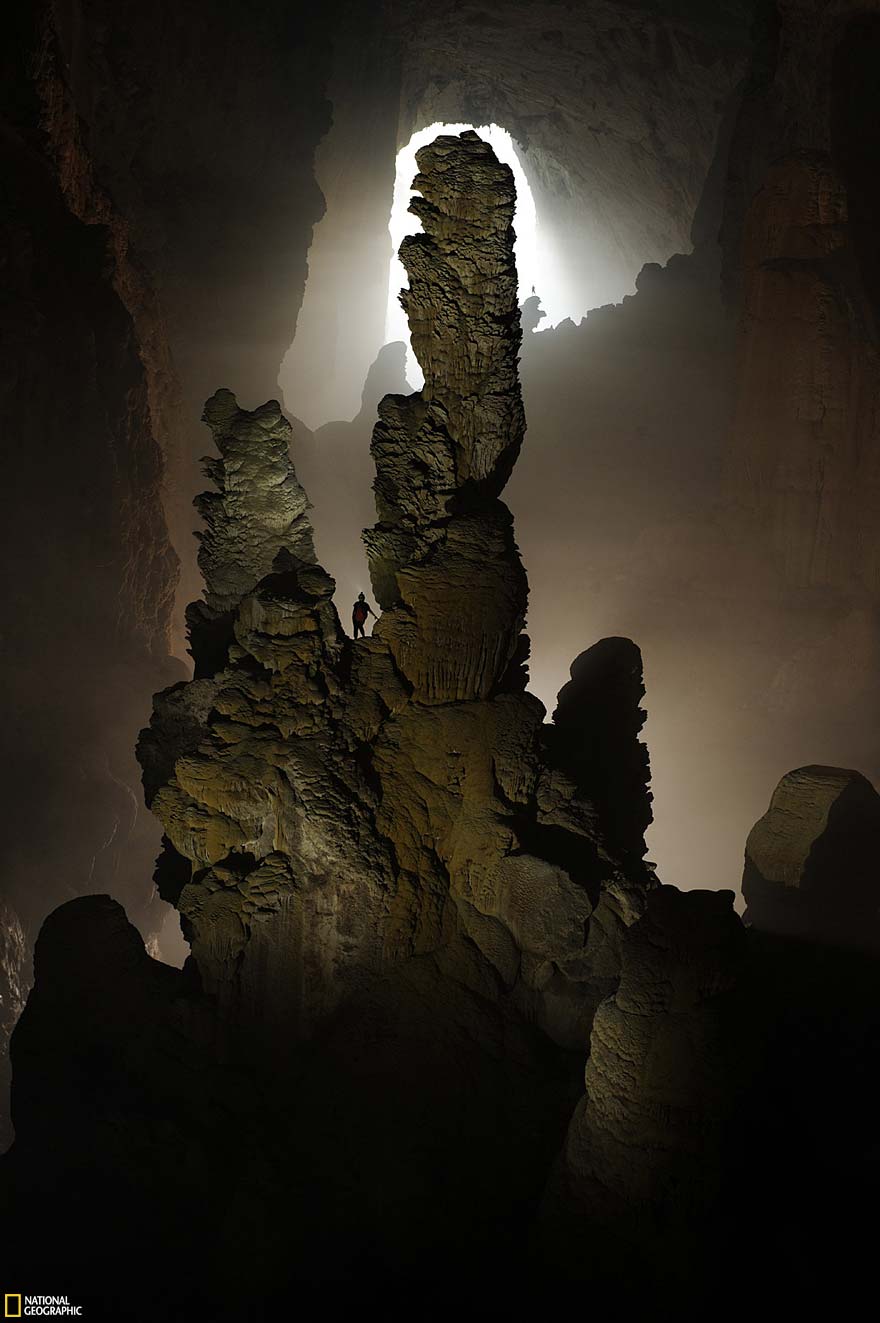 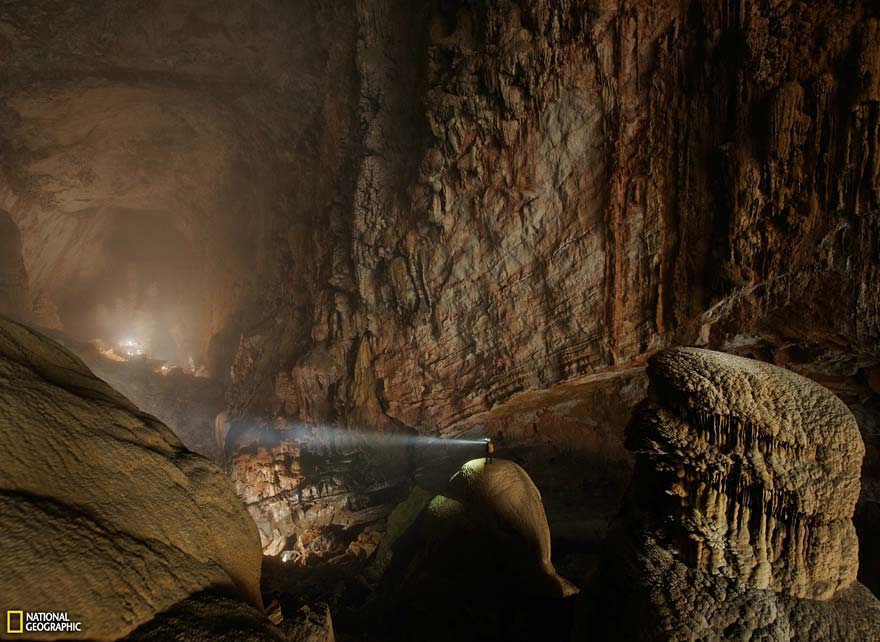 The Son Doong cave in Vietnam is the largest currently known cave in the world. It is filled with countless wonders including isolated ecosystems, weather systems and geological formations. For more information, check out our post about Son Doong. 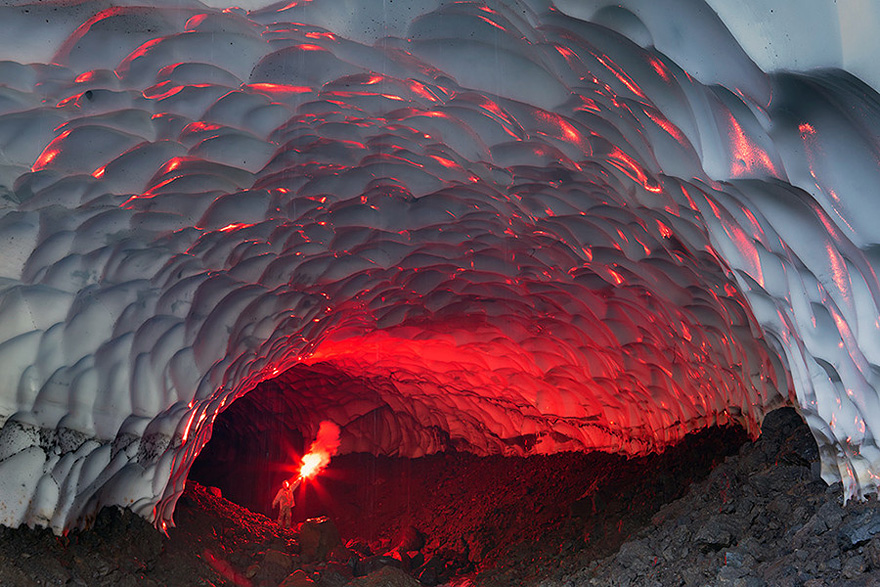 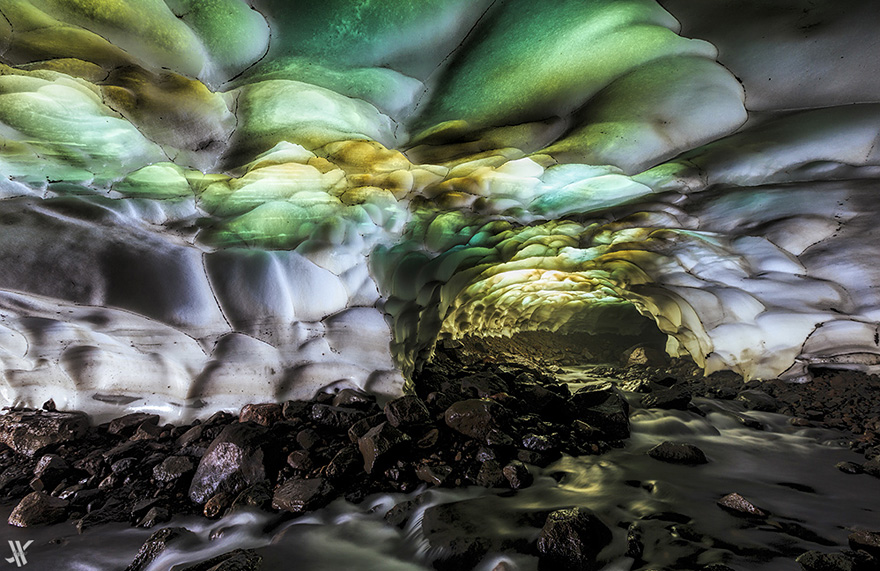 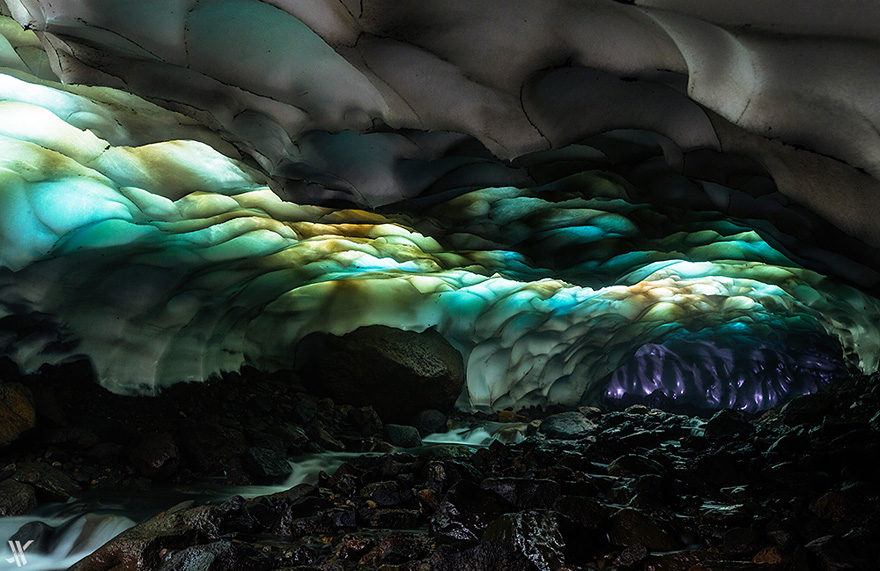 Ice caves like these form in the glaciers surrounding the Mutnovsky Volcano in Russia. Some of them are formed by vents that release volcanic heat and gases called fumaroles. 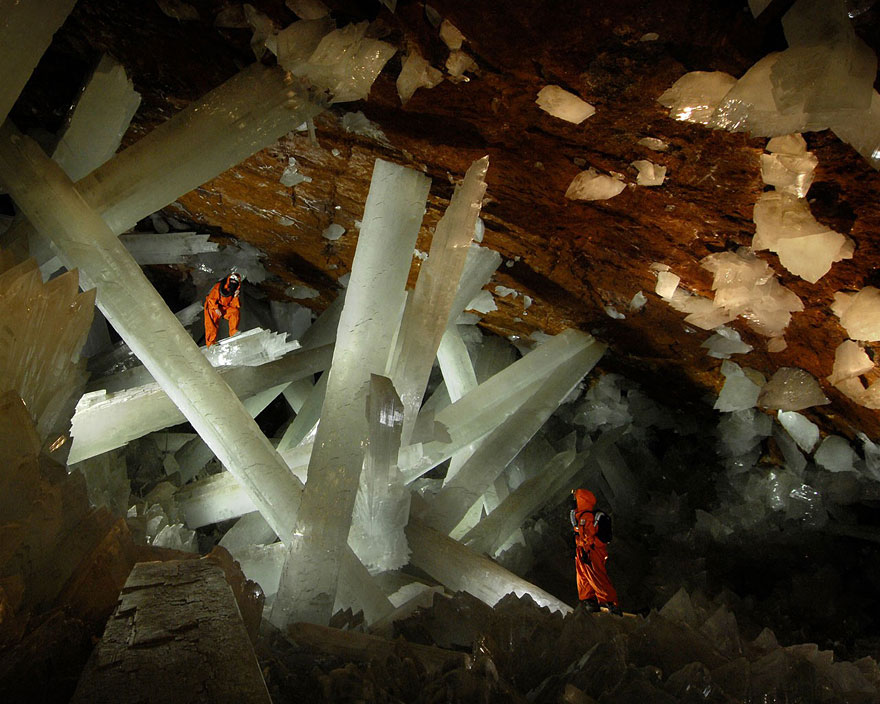 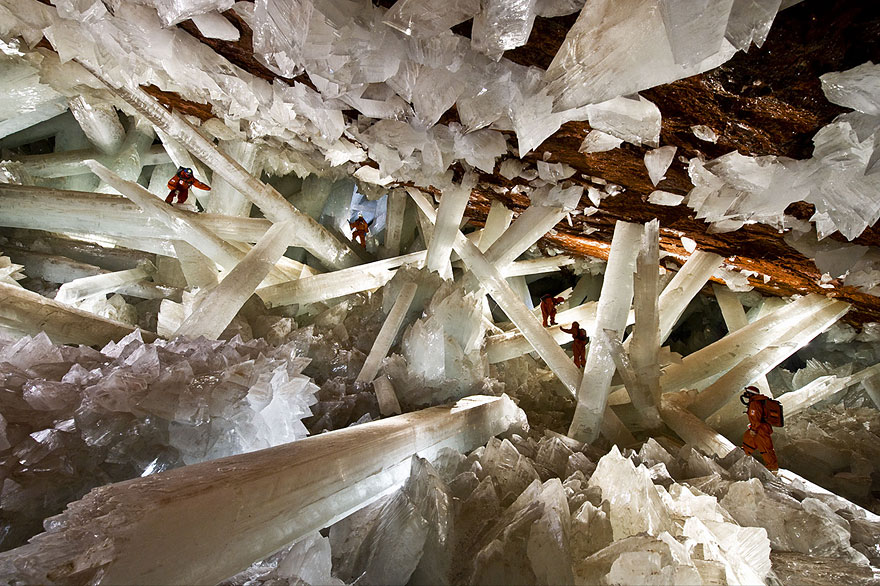 The Naica Mine caves in Mexico are home to some of the largest crystals ever seen. The Crystal Cave, where these crystals are located, is closed to the public because of its depth, heat and other issues. However, plenty of pictures have been taken to document this monumental crystal cavern. 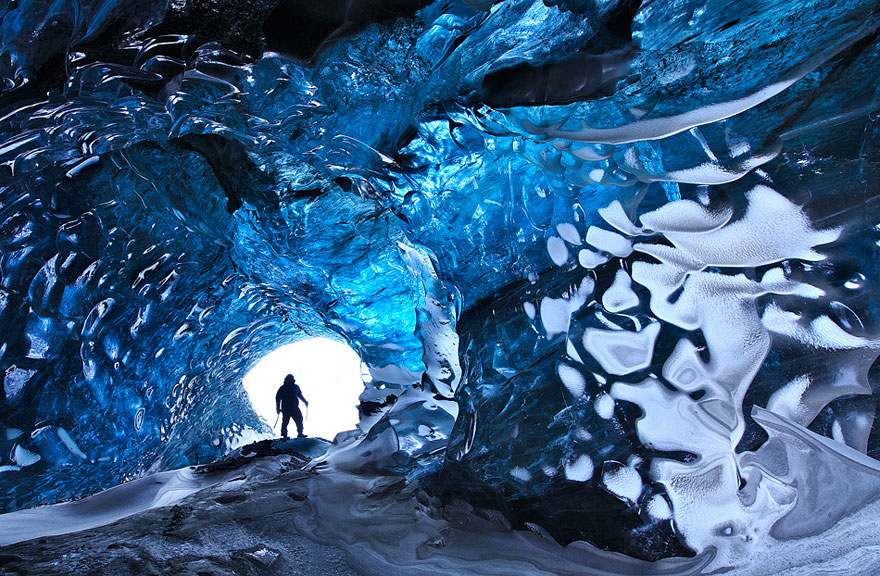 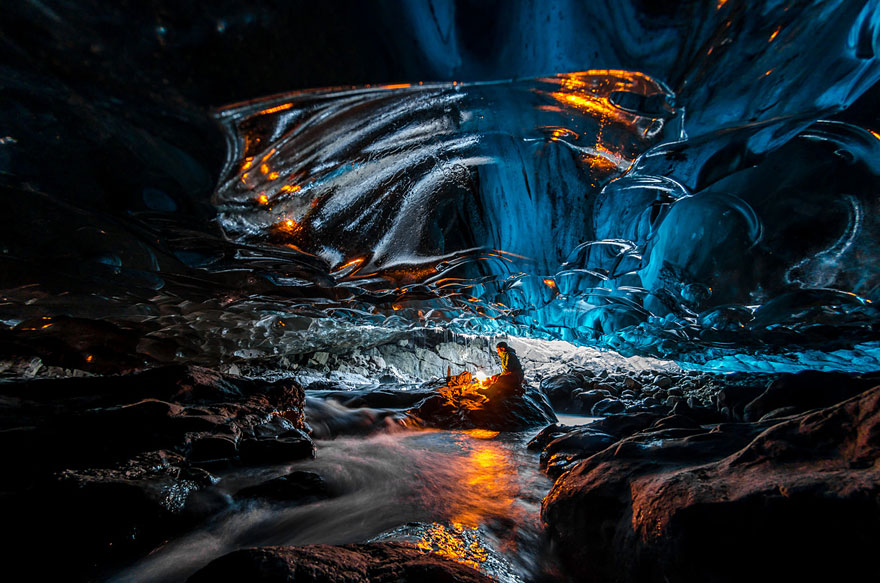 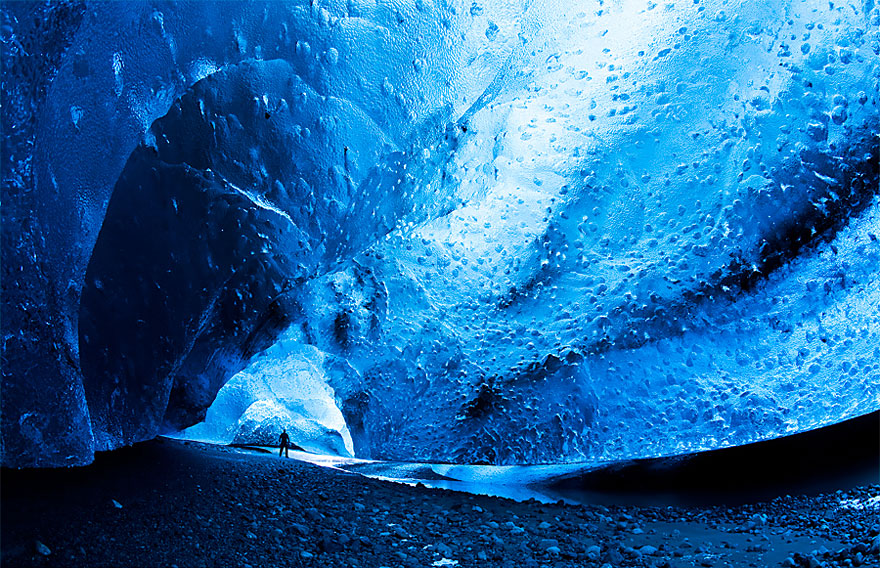 This cave is located in Iceland’s Vatnajokull Glacier, the largest glacier in Europe. Caves like these form due to melting glacial icewater, but they can be dangerous because glaciers are constantly breaking and changing. 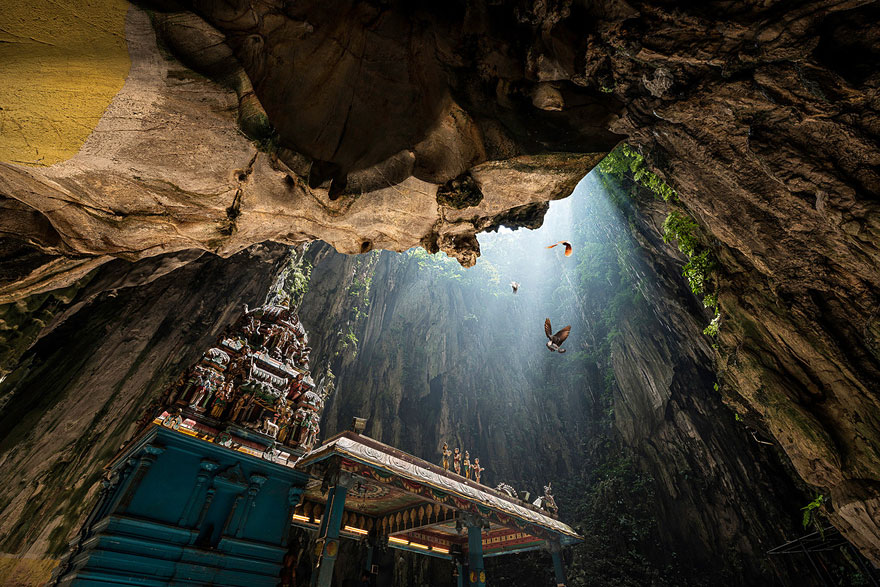 The Batu Caves in Malaysia have been used by English and Chinese settlers as well as the indigenous Temuan people. The bat guano in the cave was mined for agricultural purposes, but now the cave is filled with statues and is open to visitors. 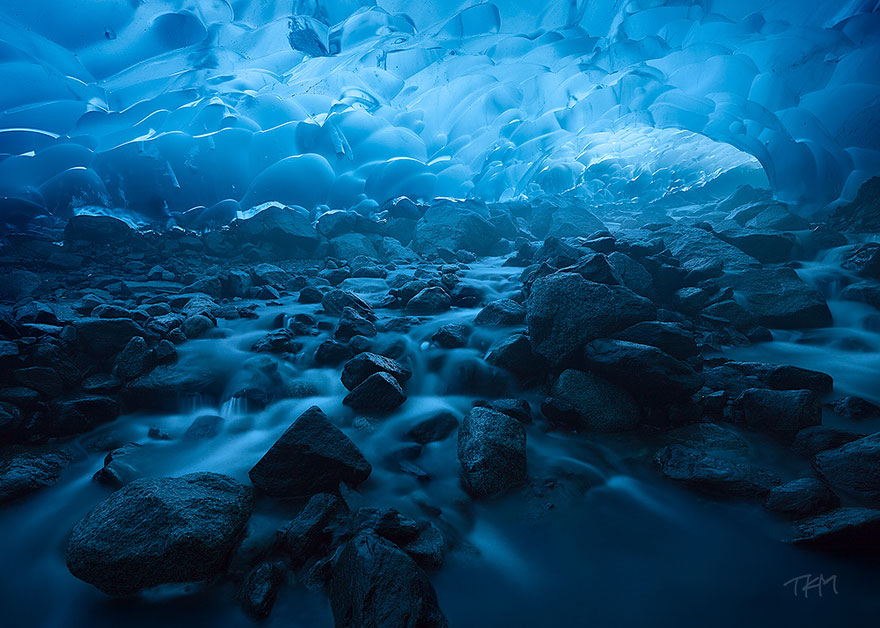 This ice cave is part of the Mendenhall Glacier near Juneau, Alaska. The spectacular cave was carved out of the glacier by melting icewater. Due to the ever-changing conditions at glaciers, it is unclear whether this cave will still be around for long. 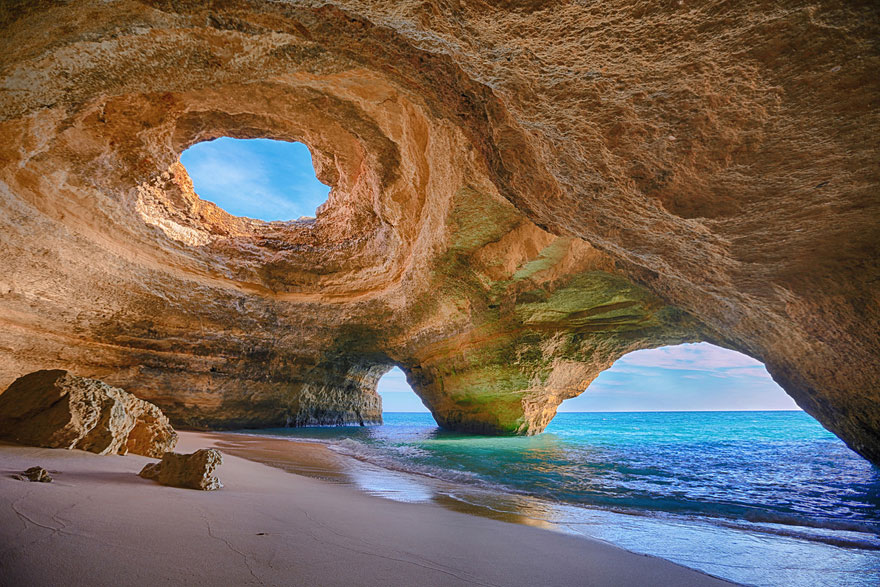 The Algarve region in Portugal, where this cave is located, is prone to various seaside formations because of the rock face’s relative solubility in water. This specific cave near Lagos is accessible only by water. 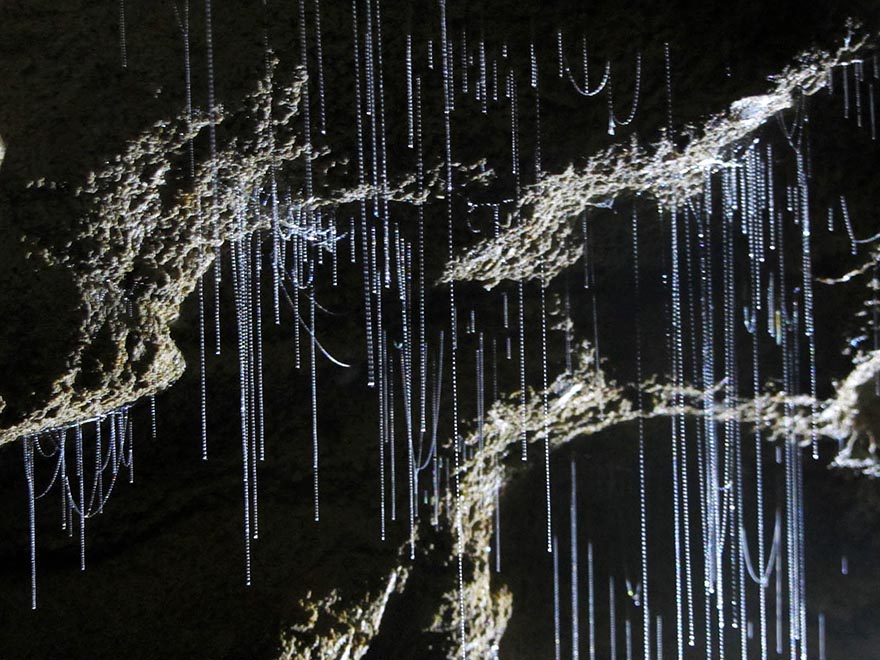 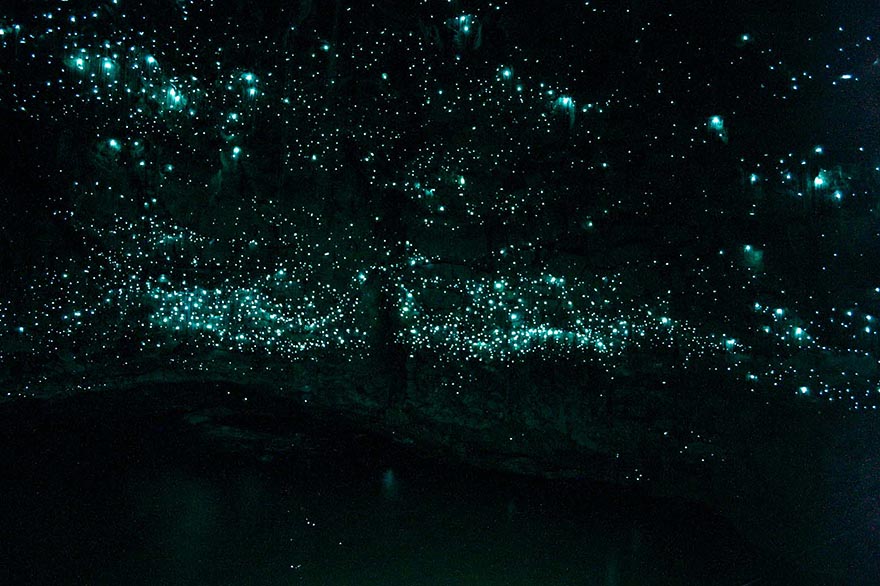 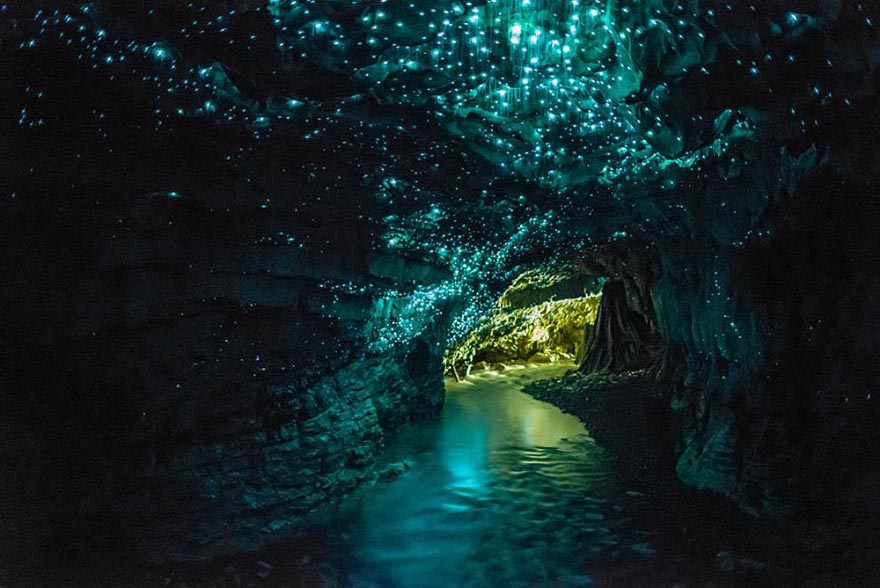 The Waitomo glowworm caves in New Zealand are home to a unique insect – the glowworm. This insect hangs glistening silken strands from the ceiling of the cave and glows to attract unsuspecting prey. To read more about this fascinating and unique ecosystem, check out our post about the Waitomo caves. 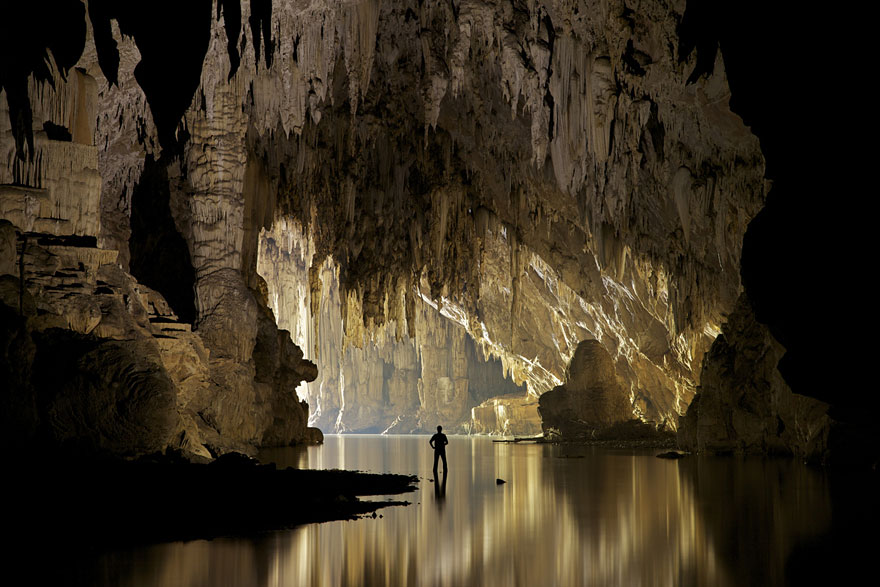 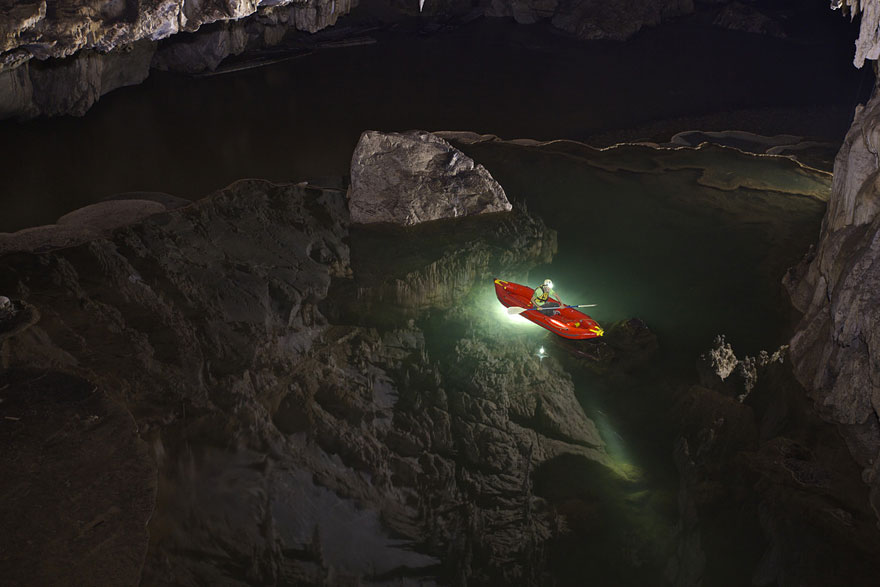 The Nam Lang river runs through the Tham Lod cave in northern Thailand. The cave is filled with beautiful stalactites and stalagmites and is home to hundreds of thousands of Pacific swifts that have adapted to spend parts of their lives in caves. 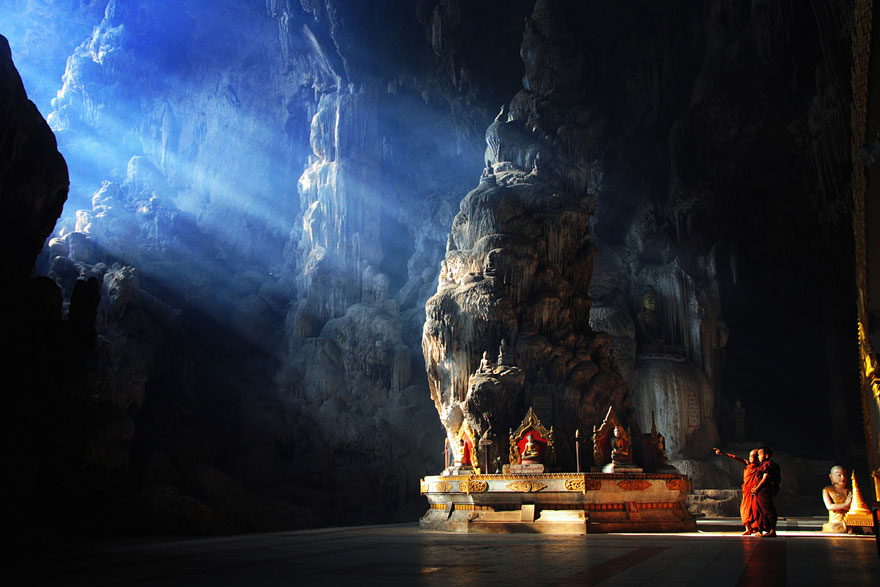 Very little is known about this cave in Kyaut Se, Myanmar, other than that the inside has been fitted as a Buddhist temple. 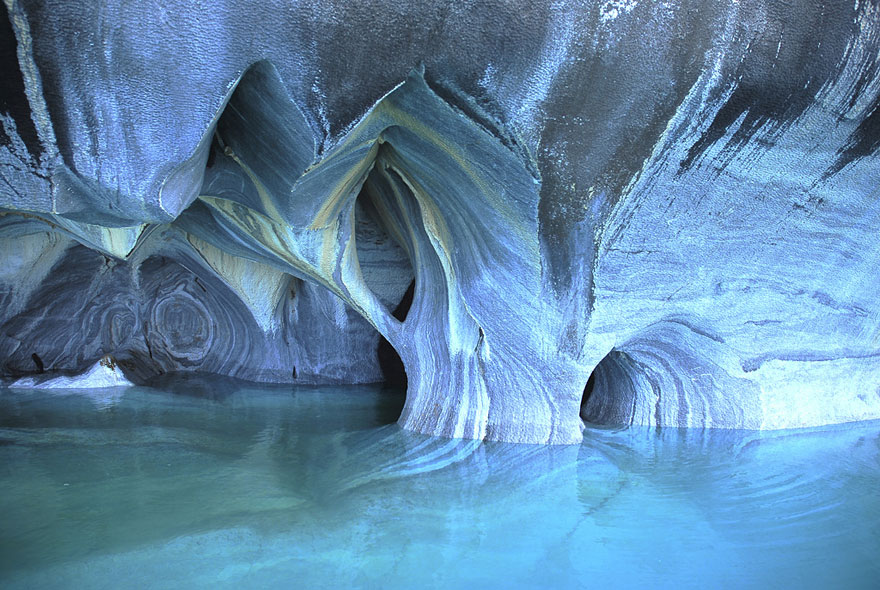 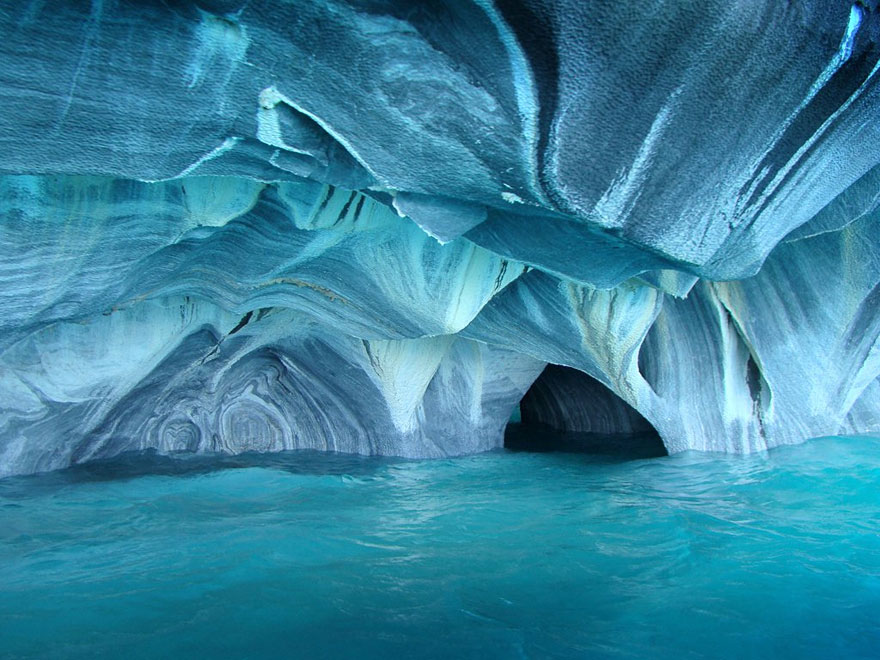 The Marble Caves in Patagona are known for the spectacular reflections that the turquoise water casts on the white marble ceiling of the cave. They are also called the Marble Cathedral because of their beautiful and arching forms. 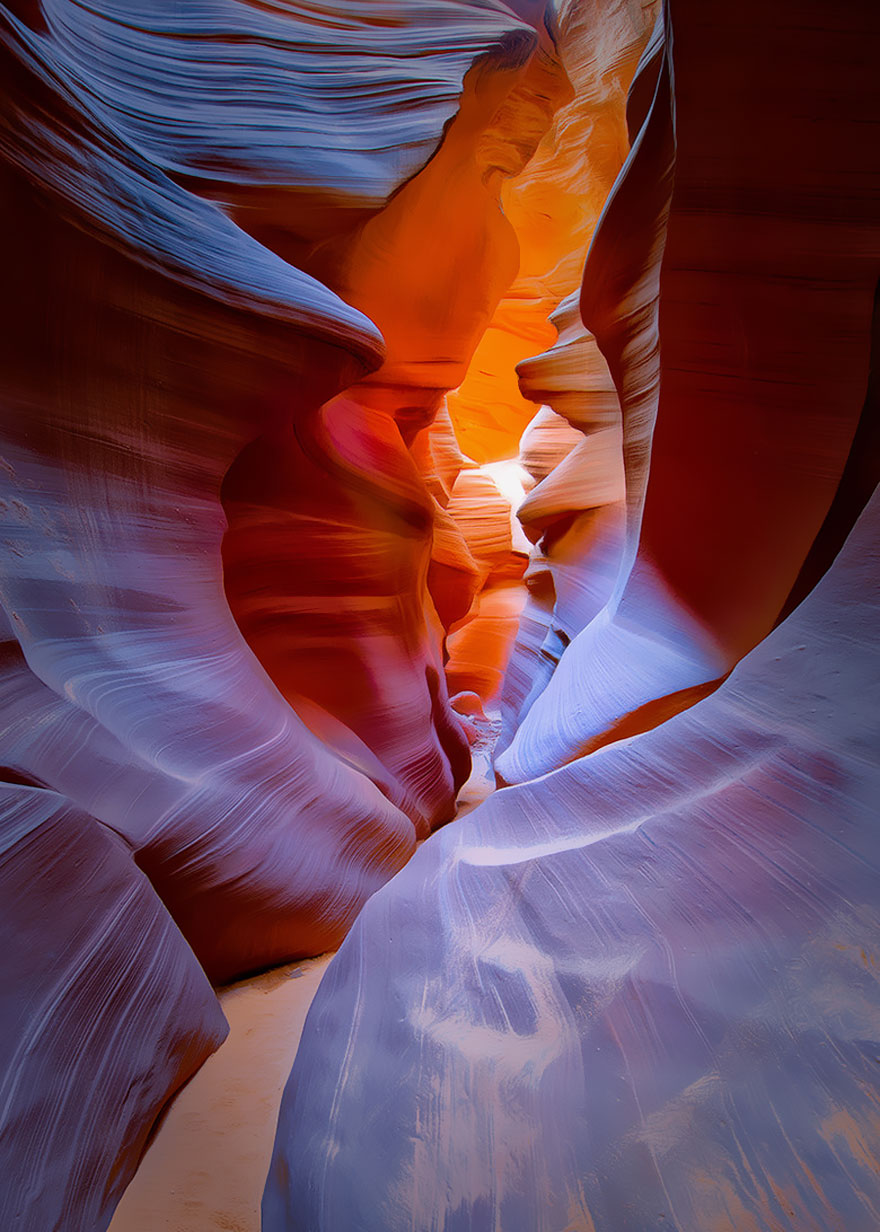 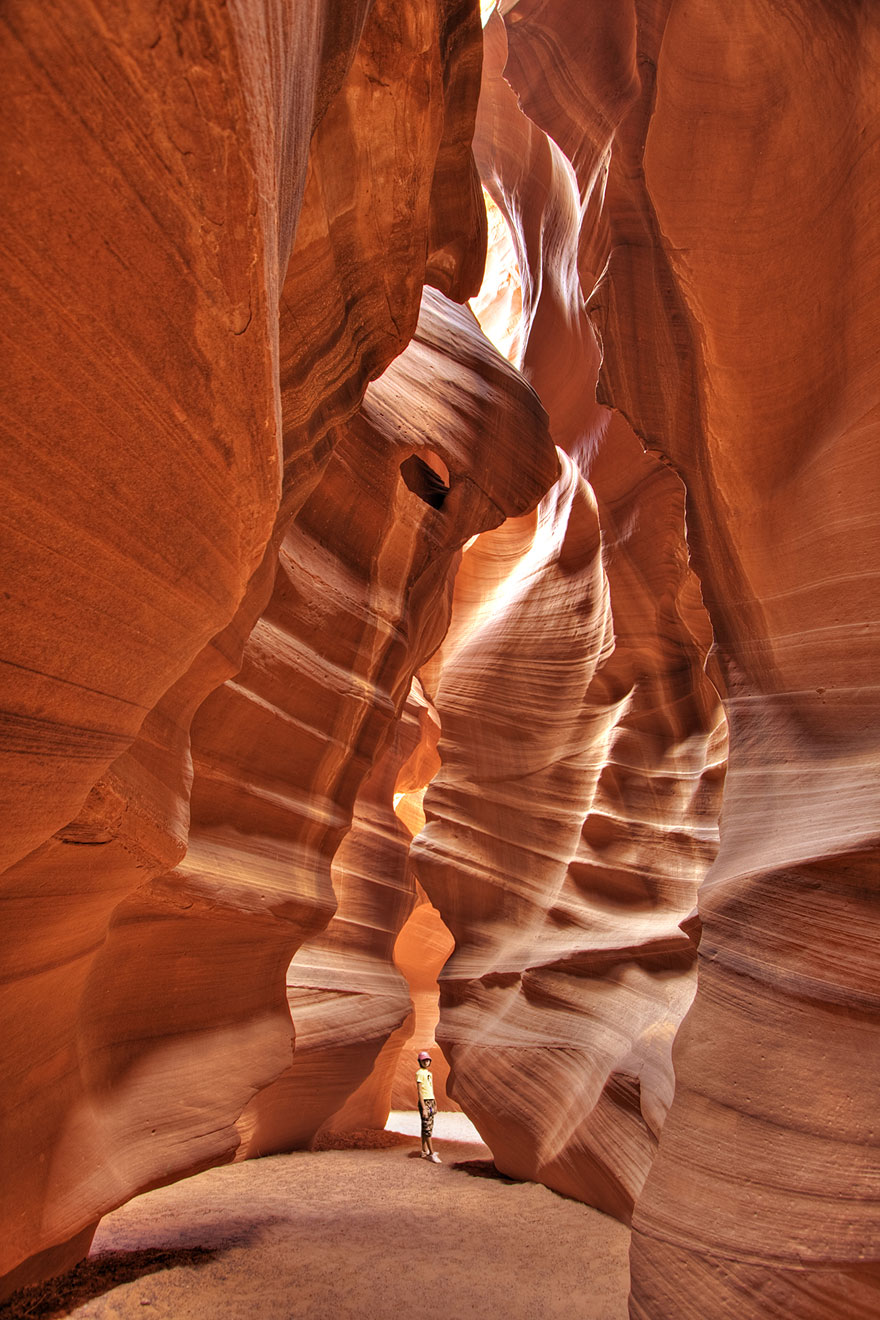 Antelope Canyon in Arizona was carved out by thousands of years of persistent wind and flash floods, which is why its smooth walls look so smooth and fluid. During the desert’s monsoon season, dangerous flash floods can occur without warning from rains that have fallen miles away. These flash floods have taken the lives of quite a few unwary tourists. 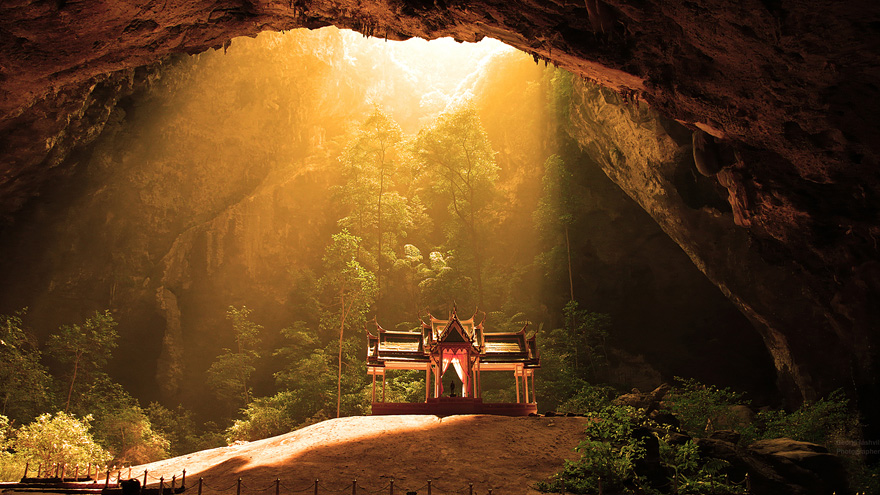 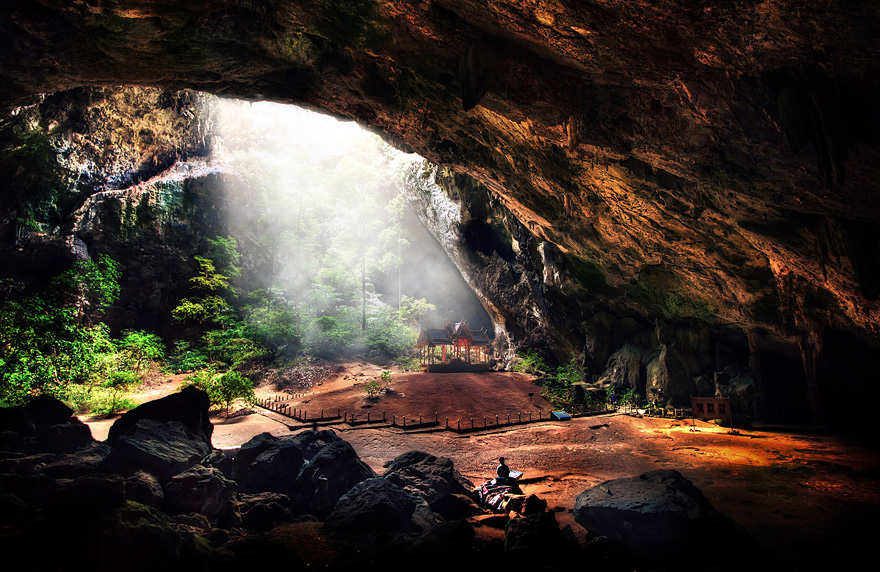 The Phraya Nakhon Cave in Thailand was historically a popular visiting place for local kings because of the illumination provided by the collapsed roofs. The pavilion in the center was built for the visit of King Chulalongkorn in 1890. 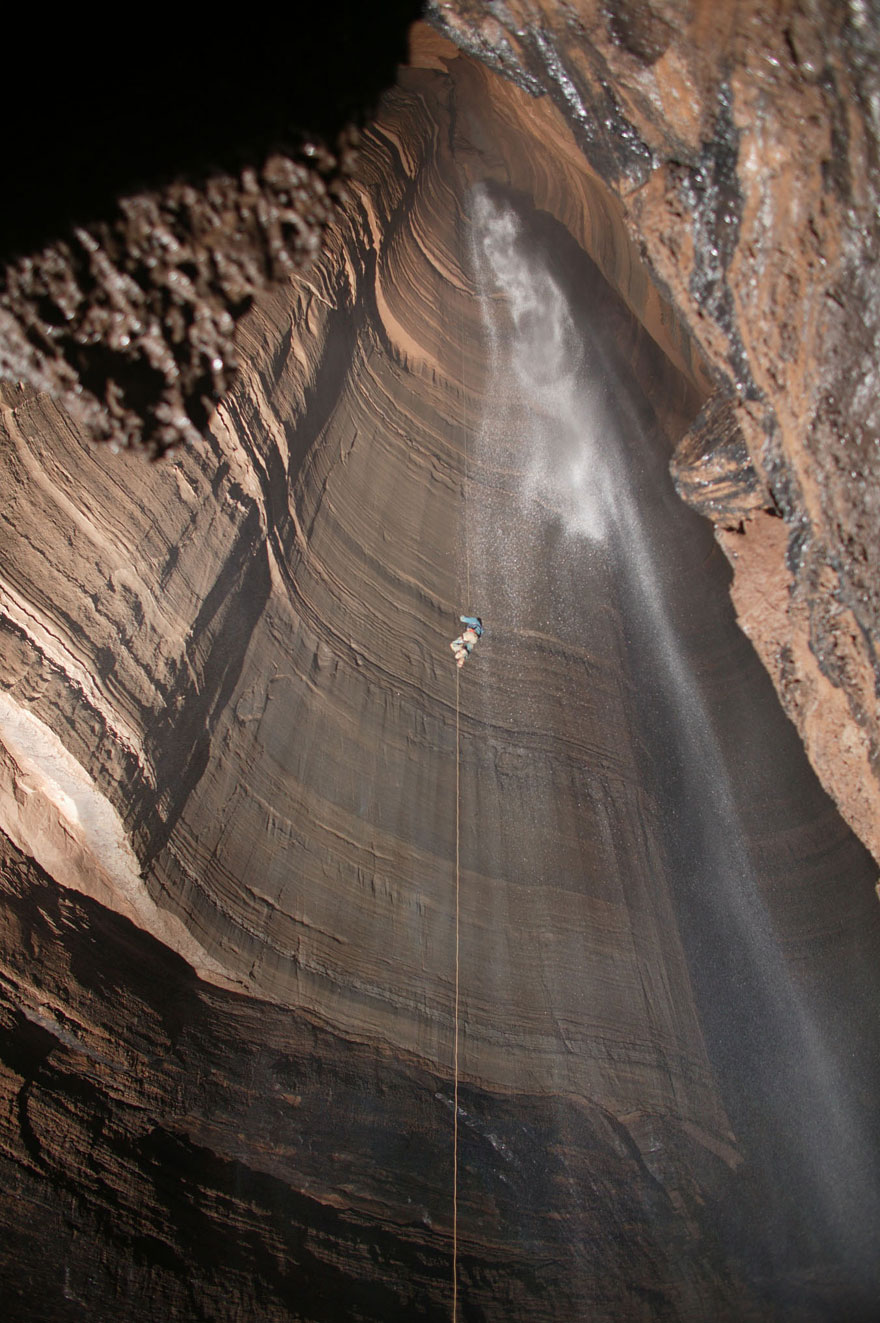 This is the Fantastic Cave pit, part of Ellison’s Cave in Georgia, U.S.A. It is a popular attraction for pit cavers – those who enjoy rappelling down vertical subterranean drops. 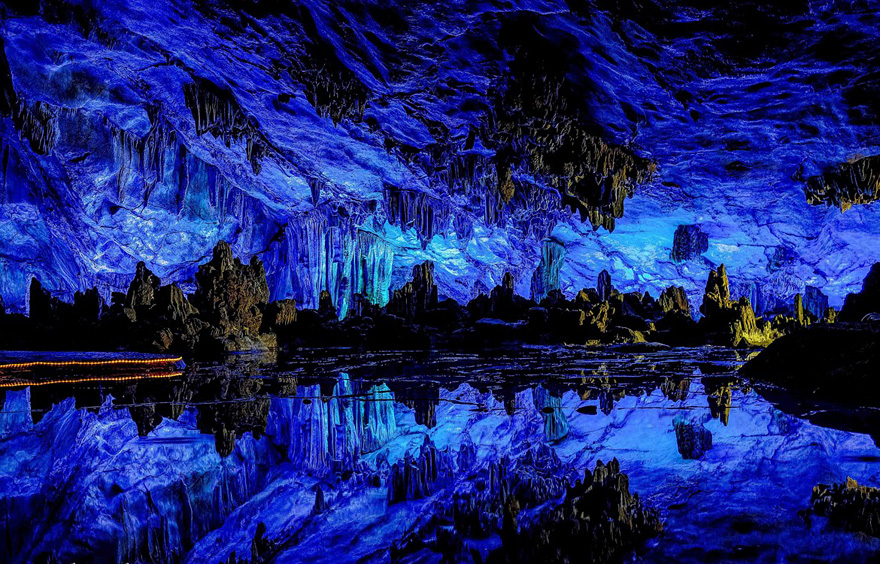 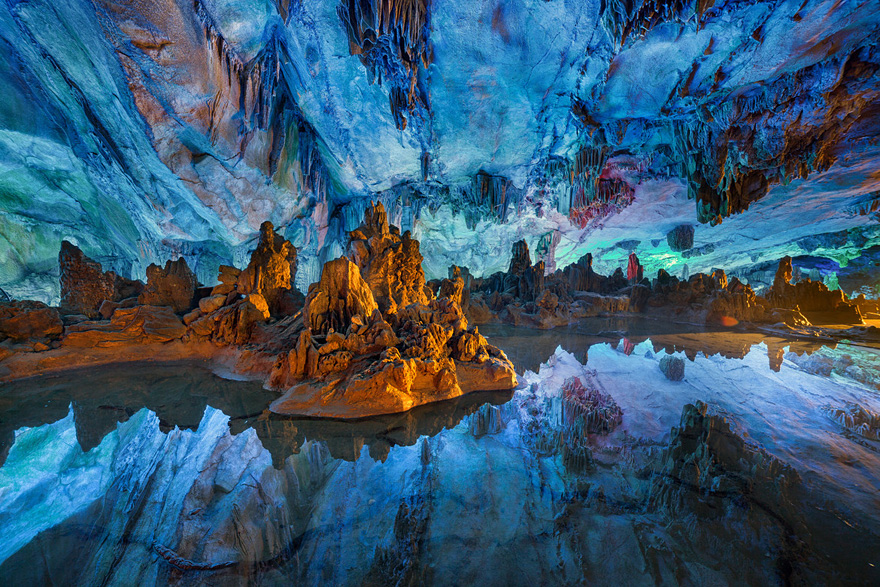 The Reed Flute Cave in Guangxi, China has been visited by tourists for at least 1200 years. The cave is home to a spectacular array of stalagmites and stalactites. It is named for the reeds that grow at its mouth, which can be made into flutes.