by artFido 7 years ago6 years ago 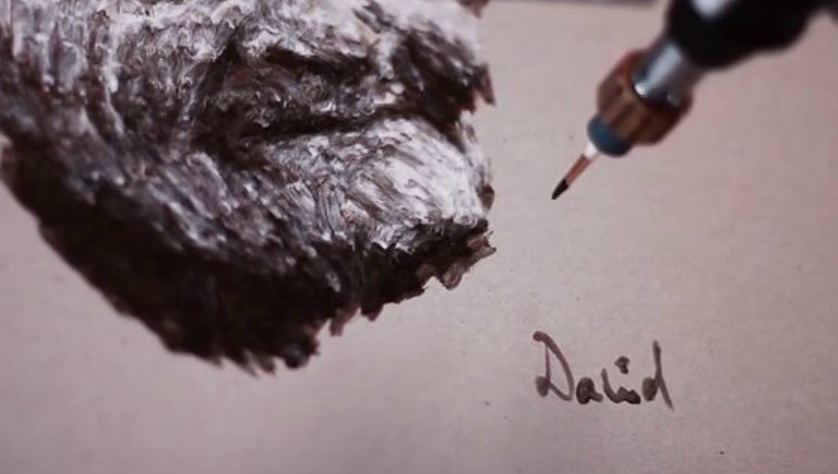 The collision of art and technology takes many forms. One recurring, especially straightforward one is a robot with a paintbrush. It’s easy to see the fascination; there’s something poetic about the idea of imbuing a machine with the soul of an artist. But while many of these projects involve some sort of effort to approximate human creativity in mechanical form, with e-David, the goal is a bit different. Its creators are simply trying to build a machine that can paint perfect copies of other paintings – a flawless mechanical forger. In other words, instead of giving their robot an artist’s soul, they’re trying to lend it a painter’s eye.

E-David is a welding robot, one of those hulking, surprisingly nimble mechanical arms used for assembling cars and other big machines. In its studio at the University of Konztanz in Germany, using a number of different brushes and a palette of 24 colors, it tries its best to copy whatever painting it’s given. It doesn’t matter if it’s a portrait, landscape, or totally abstract. Put it in front of e-David, and it’ll try to duplicate it.

The thing that sets the bot apart from his contemporaries is a visual feedback system, a technological set of eyes that continually checks to see how close he’s coming to the mark. Every so often, e-David will take a photograph of his canvas and, after some image correction, subtract it from the image he’s trying to reproduce. Looking at the difference between the two, it determines which areas of the canvas are too dark or too light, generates a hundred or so potential brush strokes, and then chooses which of those are best suited to minimize that difference.

In many ways, the project sidesteps some of the thornier conceptual issues painting robots typically grapple with–concerns like authorship and intent. “Regardless of what we implement, the machine will never be a person,” Oliver Deussen, one of the researchers behind the effort, WIRED UK. “It will only have a very limited idea about what it is doing, no intention. Our simulation is only about the craftsmanship that is involved in the painting process.” In other words, Deussen and his collaborators don’t expect their robotic arm to think like an artist. They just want it to paint like one. Currently, Deussen admits, the system is relatively basic. The machine works mostly in acrylic, because it dries quickly and is thus easier to correct. It can do color, but it’s a bit tricky. And since e-David needs to ensure the same amount of paint is on the brush for its algorithms to function as intended, it has to make a stroke off to the side every time it dips its brush.

But e-David’s creators think there’s plenty of room for their apprentice to learn. It could be programmed to distinguish between certain styles of painting, for example, and choose its strokes accordingly. Or even, Deussen suggests, to gain some rudimentary understanding of what it was painting, and to know the difference between the sky and leaves on a tree, say, in terms of what they demanded from the perspective of paint applied to canvas.

It’s an interesting path through the somewhat familiar territory. Instead of trying to make their robot more creative, Deussen and company are tackling the problem from the other end, trying to break the creative process of painting down into its most basic, mechanical, algorithmically reproducible parts.

That’s not an entirely new idea. As Deussen points out, Bob Ross made a name for himself by showing people how to paint with a limited set of colors, tools, and techniques. E-David just takes it to a new level. “I am especially interested in the limits of our algorithmic art,” he says. “The paintings of Ross and his followers were quite limited, but a robot could do much more with the right set of tools and a powerful working routine.” 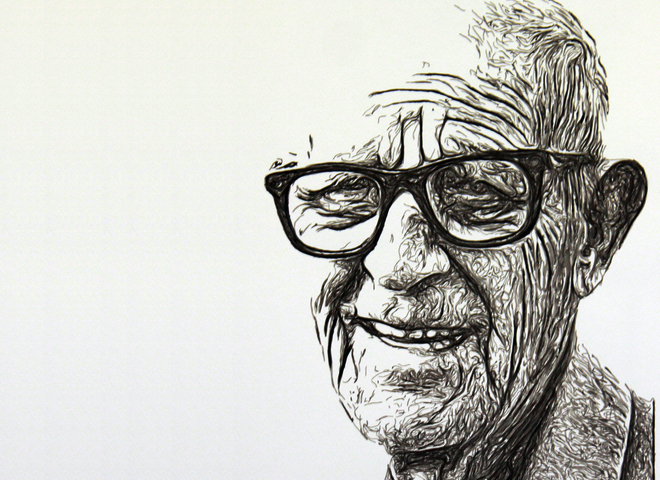 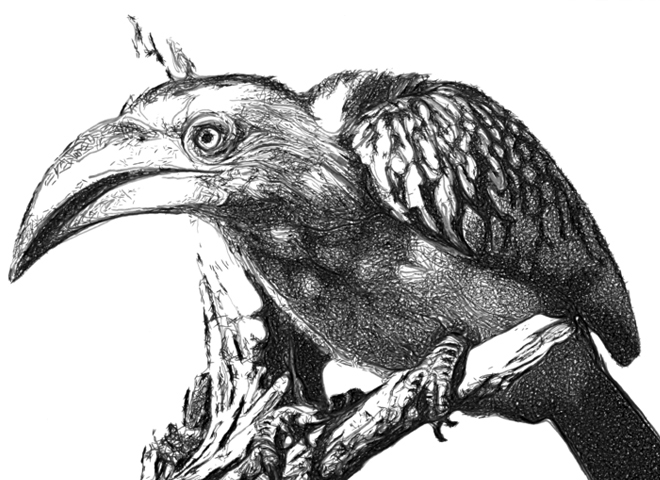 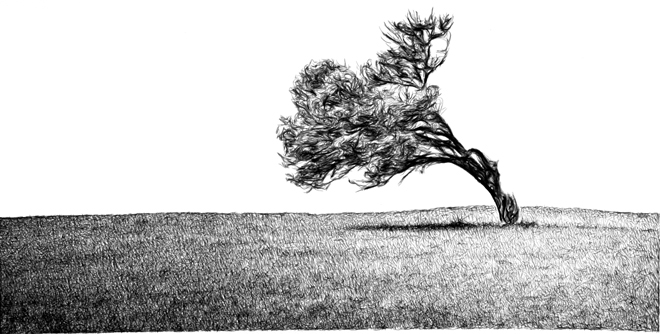 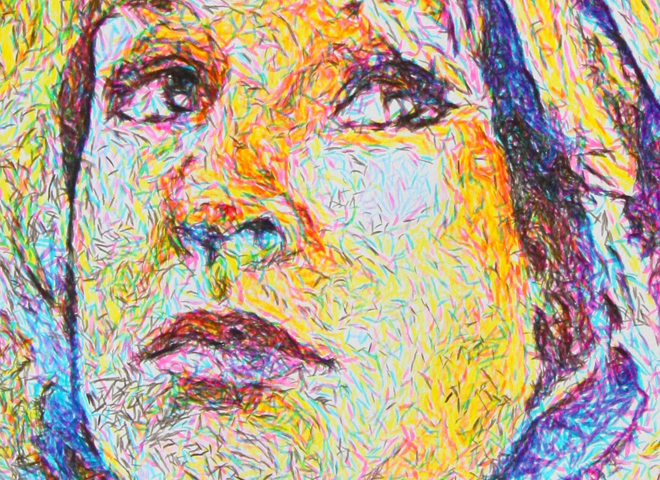 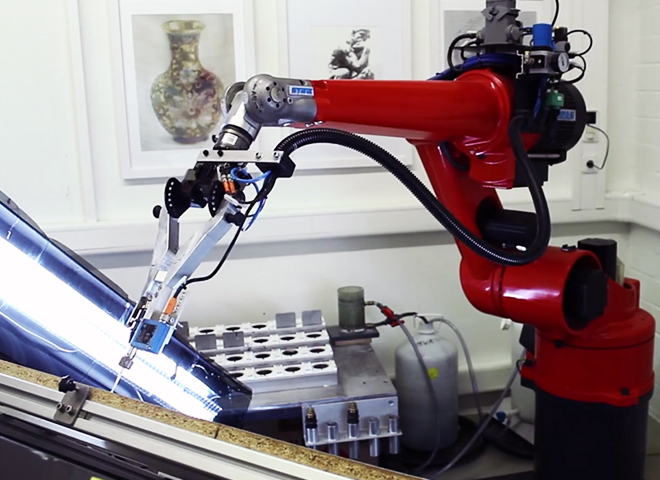