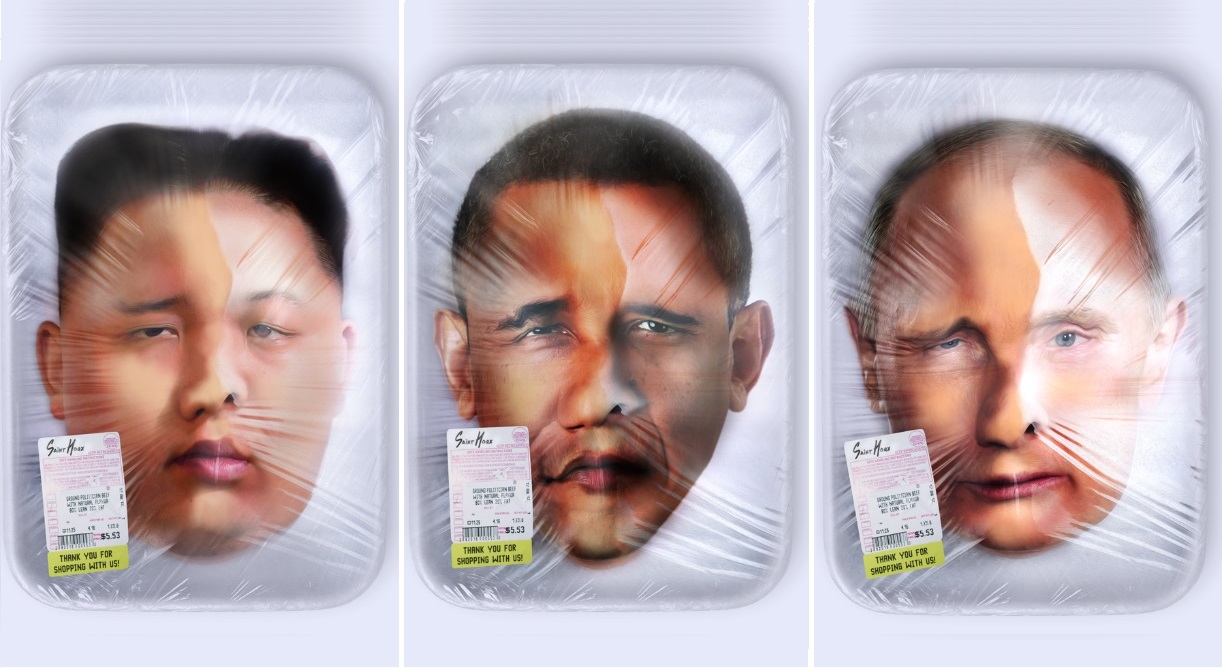 Following on from our very popular and controversial post about an artist who depicts world leaders sitting on the toilet (see HERE), along comes Saint Hoax, a pseudonymous Middle Eastern artist.

Infatuated by the element of pop, Hoax works with both tangible and digital mediums to recreate a world based on visual lies. Combining pop art with tyrants and world leaders has became Saint Hoax’s signature. Hoax’s latest series of images, titled “Politarian“, depicts politicians trapped in meat trays (why not?)  According to the artist’s website:

“The ethics of eating meat are very similar to those of politics. People carefully choose their meat in accordance to their religious values; the way they would choose a leader. If religion doesn’t apply, social morals govern that decision. Both topics continue to stir controversy and debates, dividing people into supporters, opposers and those that lie in between. Supporters argue that both practices are vital for human existence, while opposers preach that they can easily be substituted.”

Sources close to the artist say that Hoax is placing the trays in random supermarkets as a commentary on corrupt politicians. 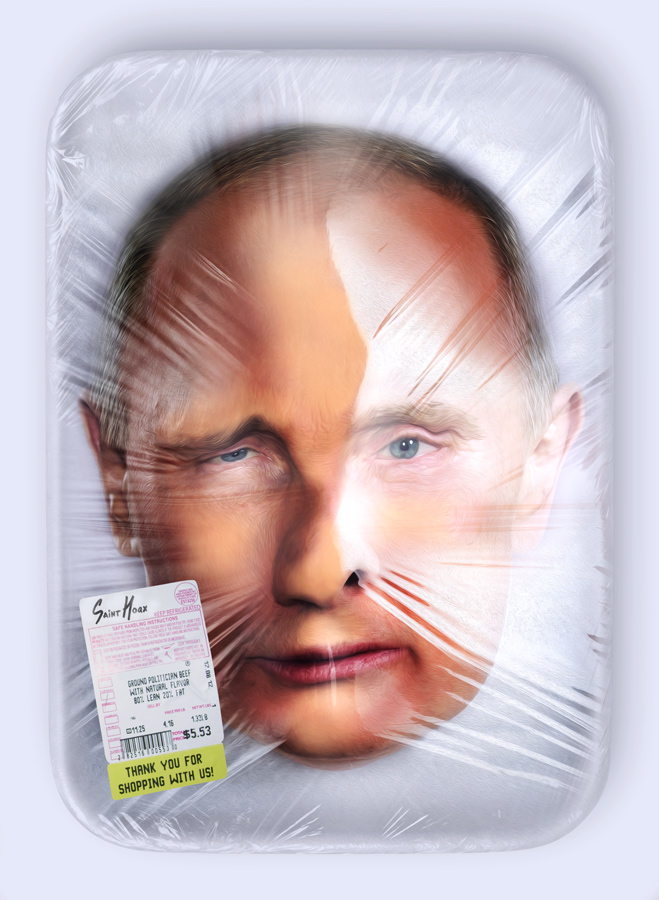 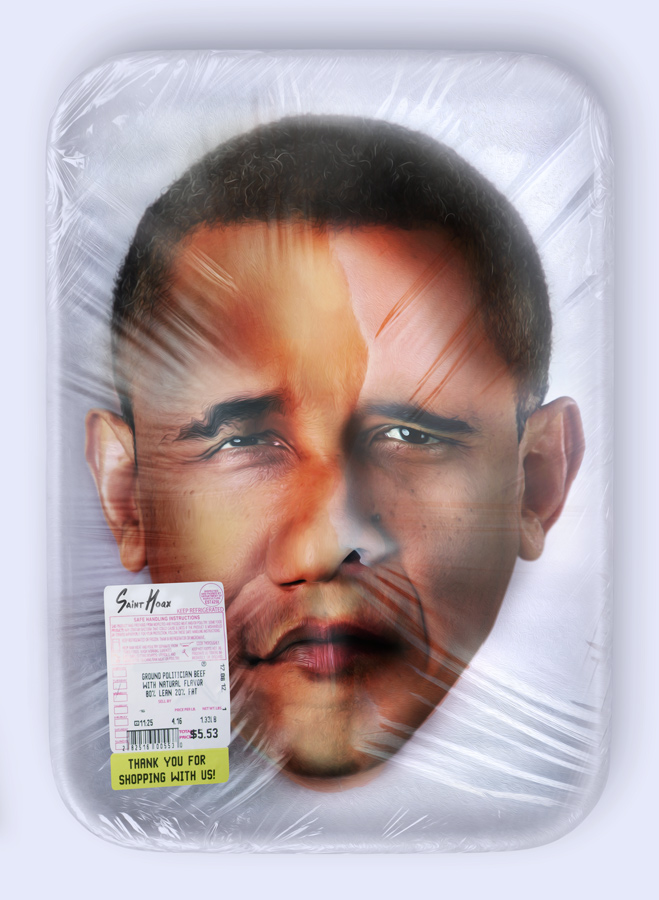 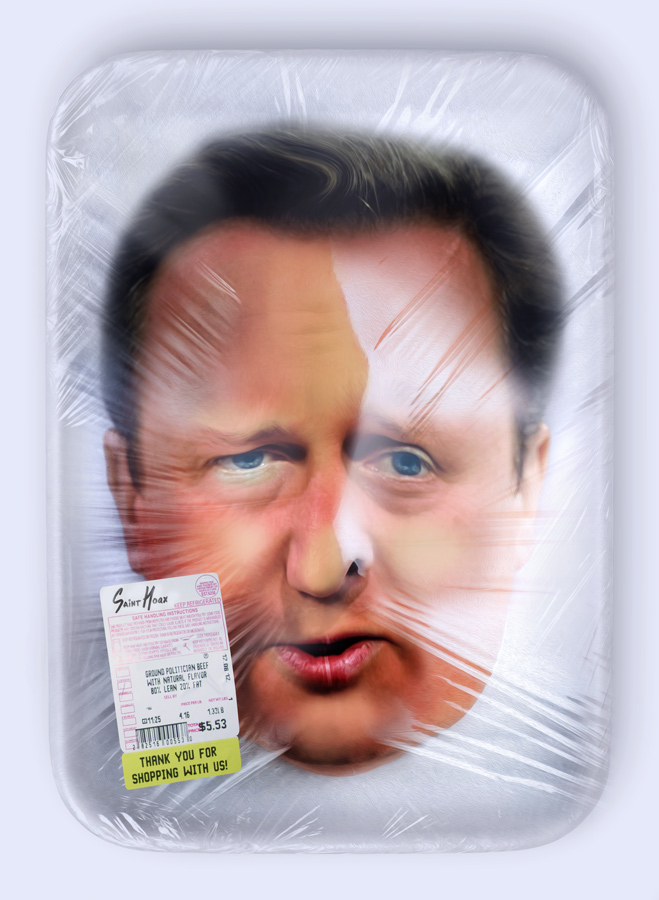 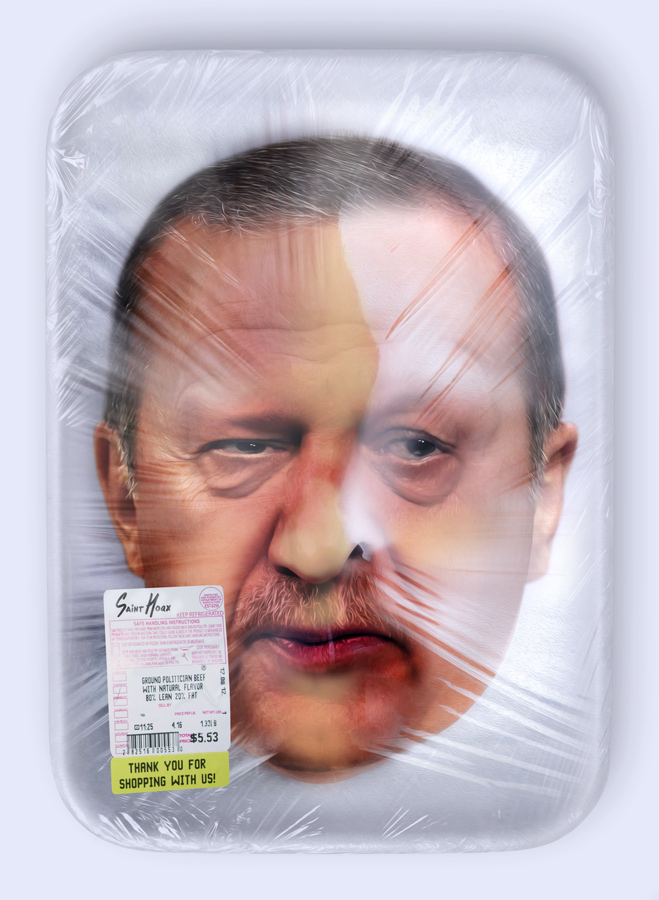 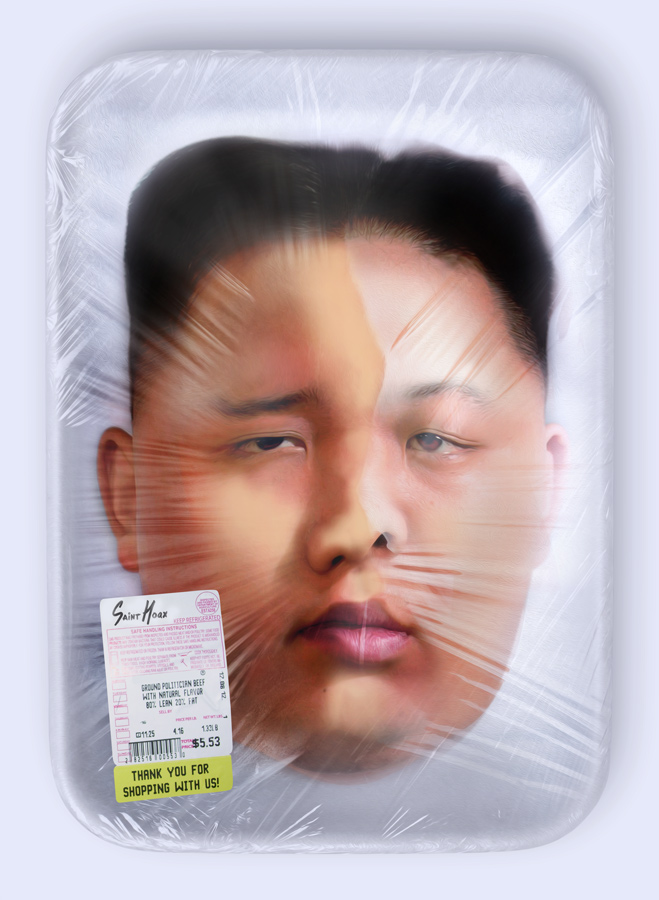 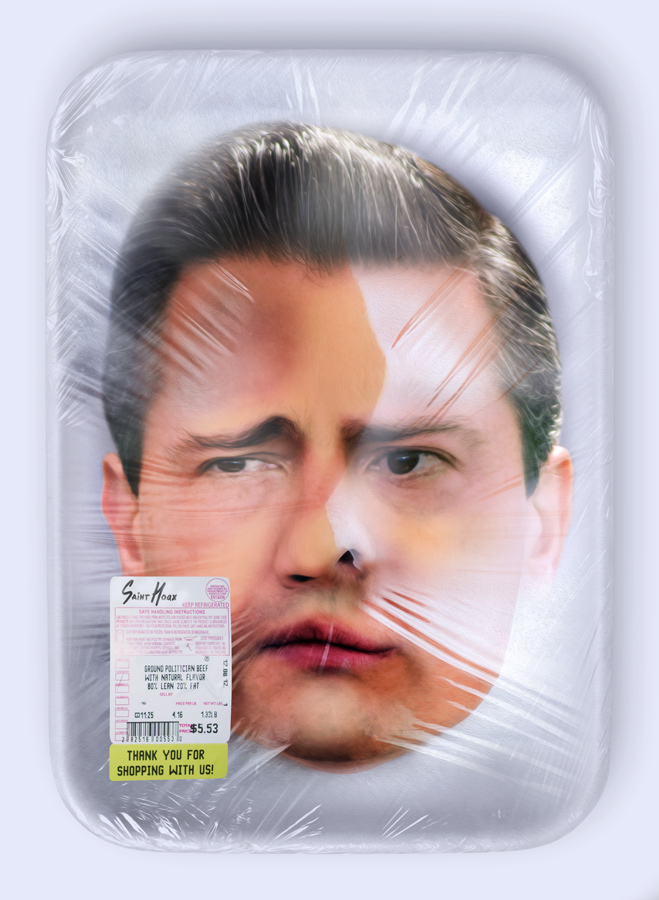 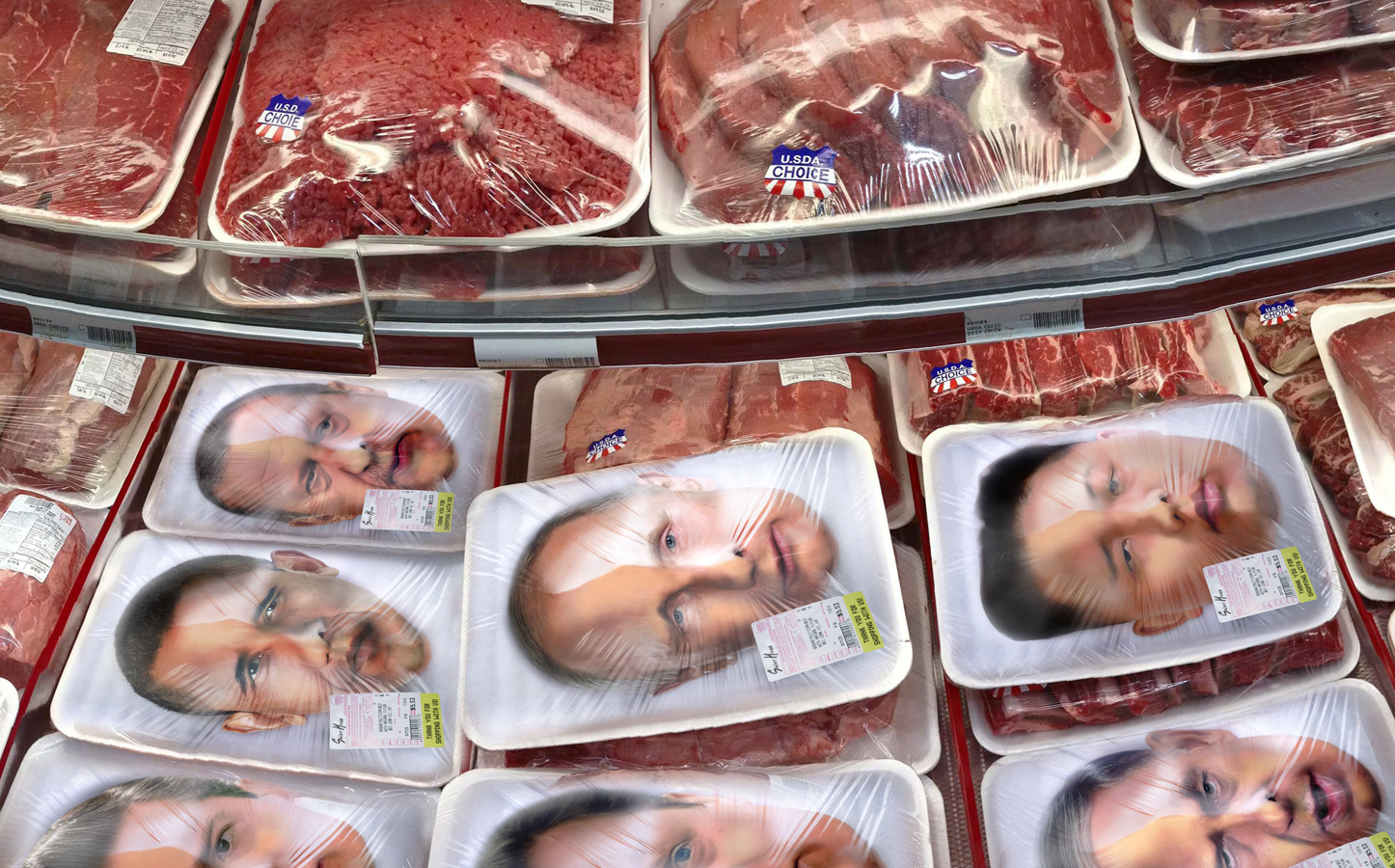