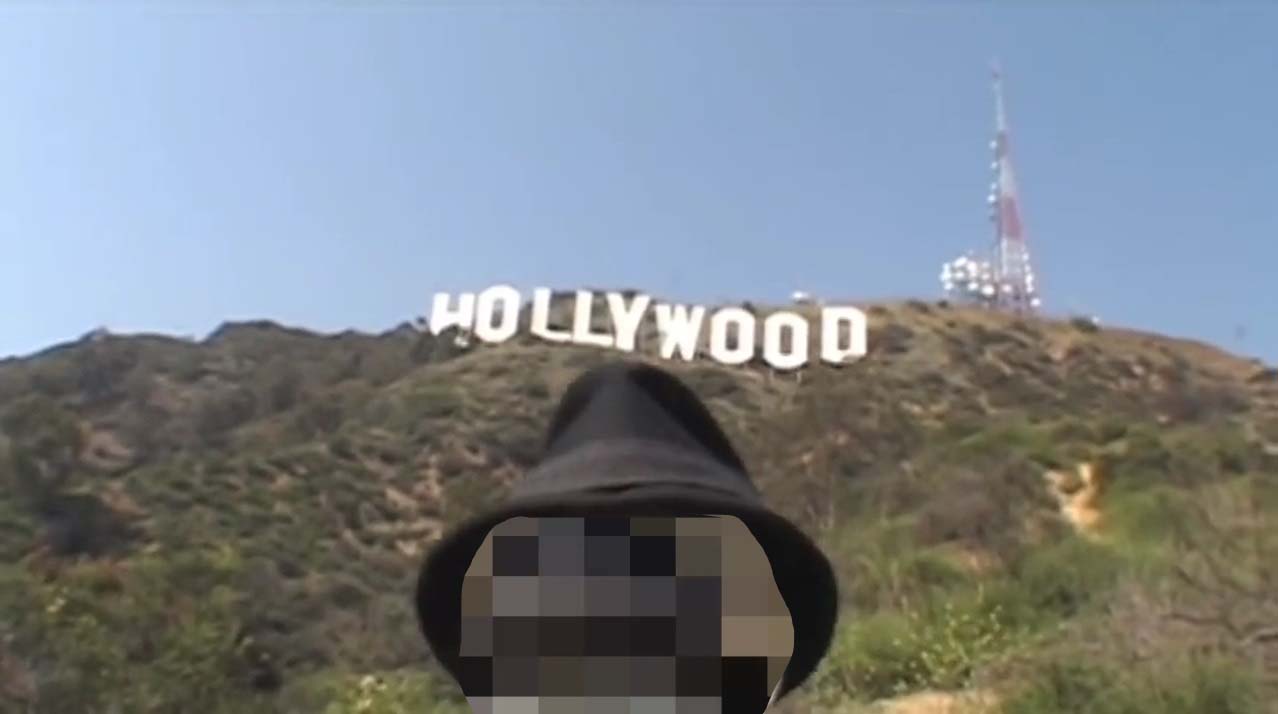 Despite years on near-misses, it appears that the infamous street artist Banksy has finally been caught.

In exclusive footage released by the Los Angeles County Sheriff’s Office today, Banksy and another unnamed individual are seen working on a painting on the HOLLYWOOD sign in Los Angeles, California, yesterday afternoon.

Given the HOLLYWOOD sign is one of America’s most famous landmarks, the pair were promptly interrupted by a female voice on an intercom telling them to stop immediately.  They fail to take notice of this warning, and only make a hasty get-away when a police helicopter can be heard overhead.

The footage then shows the pair being arrested and given a court date by officers.

In a statement released to the press, a member of the Los Angeles County Sheriff’s Office refused to confirm the identity of the individuals other than to say: “this afternoon two individuals were arrested for trespassing in a restricted area and for graffitiing private property near the HOLLYWOOD sign”.

However in a further statement obtained by celebrity gossip site TMZ and later confirmed by The Huffington Post, Ms Lirpa Sloof of the Los Angeles City Park Rangers confirmed that one of the individuals arrested was indeed the infamous street artist known as Banksy.  According to Ms Sloof, “the artist completed several other pieces in and around the Hollywood sign area earlier in the day and signed each one ‘Banksy’ in his distinctive style”.

Banksy’s court date is set for Hollywood & Bronson in the coming weeks. If found guilty, Banksy could be fined up to $50,000 and receive a 5 year prison sentence under Section 594 of the California Code. Unconfirmed reports state that authorities have confiscated Banksy’s passport to ensure he doesn’t attempt to flee the USA in order to avoid the court date. It is not known if Banksy will attend in person.