Last Monday, drivers who were commuting on the interstate highway BR-364 in Brazil, were in for a surprise. Tires of the vehicles screeched as commuters came across something unexpected in the middle of the road – a giant snake that stretched 9.8 feet long (around three meters). The event took place near the northwestern city of Porto Velho and was filmed by people who stopped their cars and got out to help the snake cross the road safely. 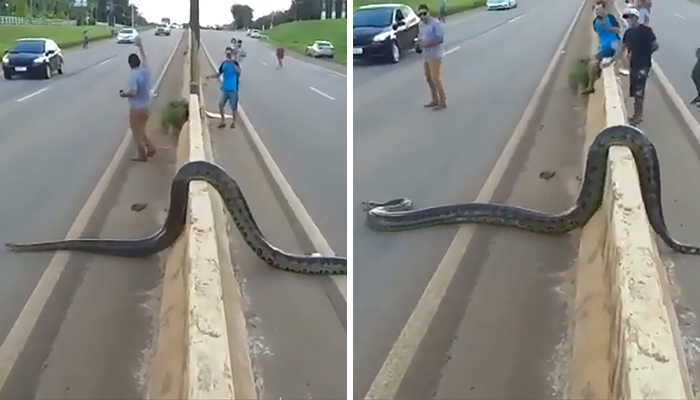 Italo Nascimento Fernandes and his wife were some of the people who were commuting down the road this Monday. “We decided to stop the car and get out. There are no signs for the cars to wait so she can cross. I have seen snakes run over on the highway before, and think such thing is a crime,” Italo told the media. He then also added that many people followed his example and got out of their cars too. 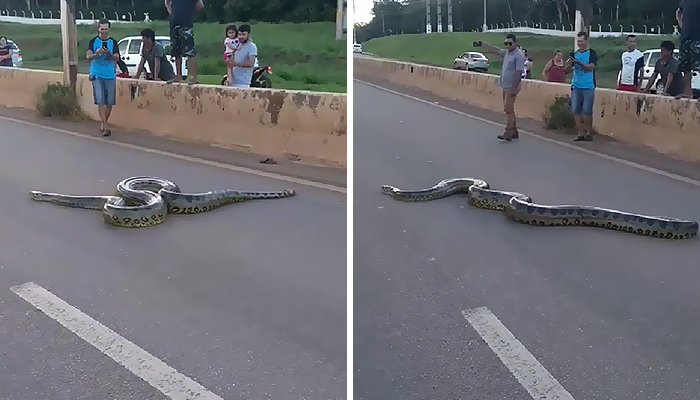 Multiple videos appeared on Facebook from people who watched the snake embarking on its dangerous journey through the busy roadway. As the anaconda made its way across multiple lanes, it climbed over the guardrail into the center of the road and made its way to safety to the other side of the street. 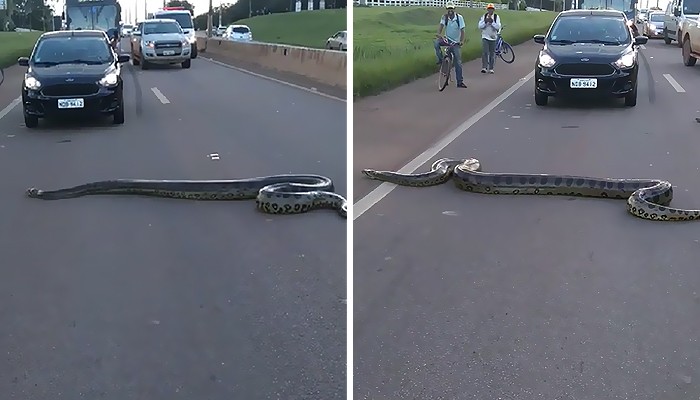 Brazilian media outlet G1 Globo originally posted the story and chatted up a biologist Flavio Terassani. The expert told them that the estimated age of the anaconda is 10 years old and that the snake was likely searching for food or shelter when it slithered to the bustling road. 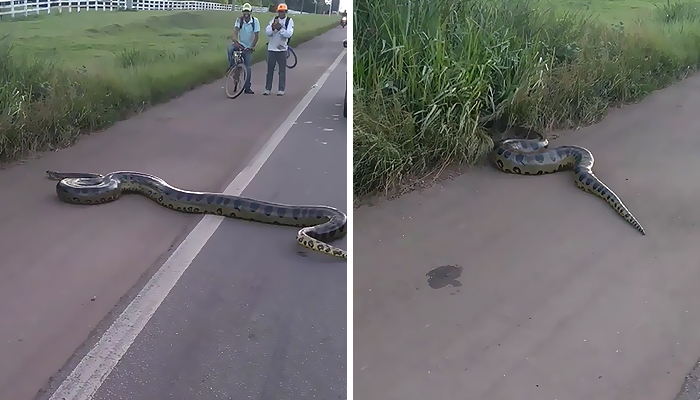 Although the gigantic snake sure looks frightening, the ones like in the video below/above are not actually venomous. In fact, there are no verified reports of a green anaconda ever ingesting a human being. However, zoologists warn people to be cautious when going near the animal, as it can attack when it feels threatened.