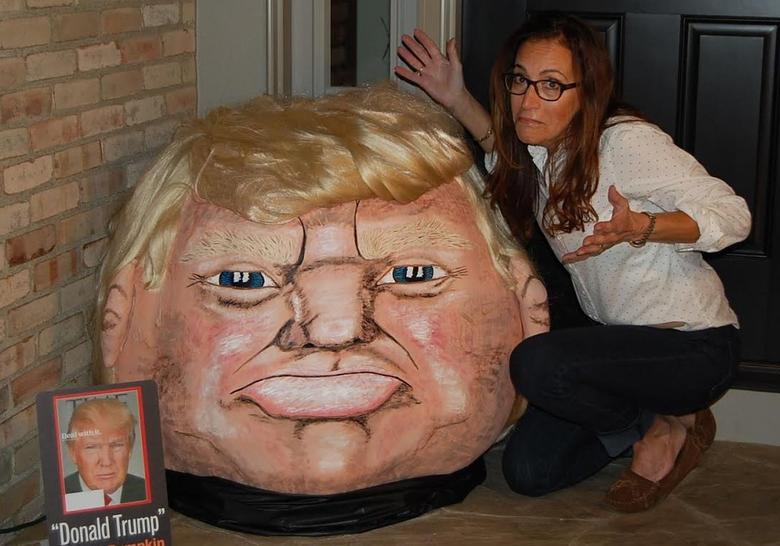 Jeanette Paras of Dublin, Ohio, is known locally for her elaborate Halloween pumpkin decorations. In 2013, she used paint, wigs, felt, and a sprig of holly to create a Christmas-themed tableau starring Phil Robertson of Duck Dynasty and singer Miley Cyrus. In 2012, a 334-pound squash became “Naughty Prince Harry.”

But little has prepared Ohio—nay, the world— for this year’s hyper-topical pumpkin. His name is Trumpkin. He weighs in at 374 pounds. And his hair is not quite natural: It’s made up of six 38-inch blond wigs and took over 10 hours to create.

Paras said “I spent a lot of time arranging the hair, then flipping it to one side to achieve his look.”

But even as the real-life Donald Trump’s third GOP presidential debate nears, Paras stays she’s staying out of politics. “I have a nonpartisan porch,” she said, and would not reveal how she votes.

Her Donald Trump Trumpkin is pretty dang impressive, and we can’t wait to see who she features on a pumpkin next year. In the meantime, we hope Trumpkin won’t be sharing the stage at the next presidential debate. That could get messy. 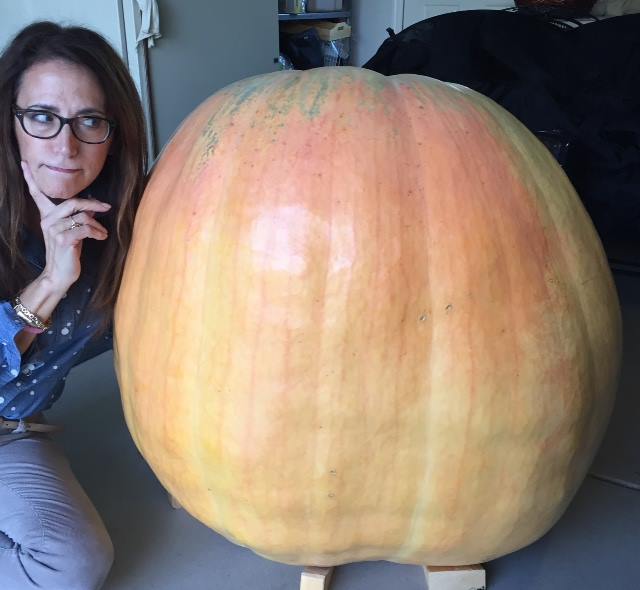 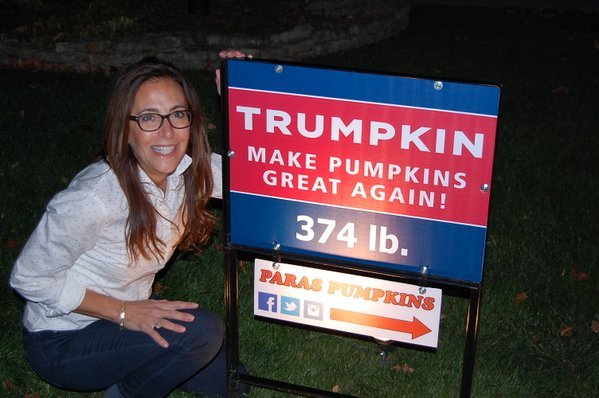