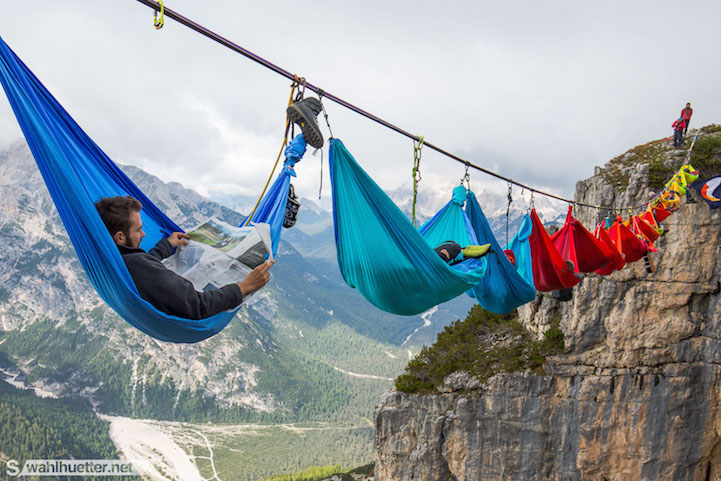 Afraid of heights? Well this probably isn’t for you.

Adventurers and thrill seekers seeking that little bit extra adrenalin rush head over to the shadow of Monte Piana in the Italian Dolomites each year so they can slackline between mountain peaks and hang out in hammocks suspended hundreds of feet above the ground.

Vienna-based photographer Sebastian Wahlhütter was there to photograph the Highline Meeting, and his spectacular photos are the feature of this post.  According to Wahlhütter:

“This is a gathering and special experience for everyone participating,” he wrote to us in an email. “But the hammock action is also a symbol and a tribute to the past, and should remind us that there were also other times at this place when people were killing each other. In a way, the whole concept can also be reduced to ‘building bridges’ instead of fighting each other.” 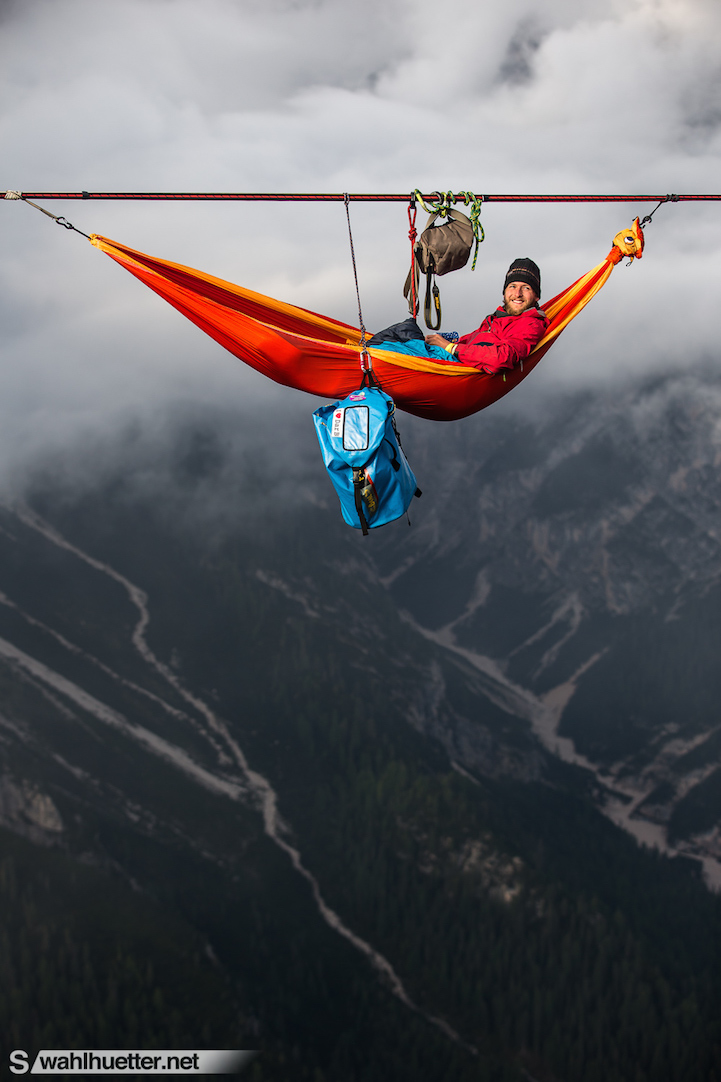 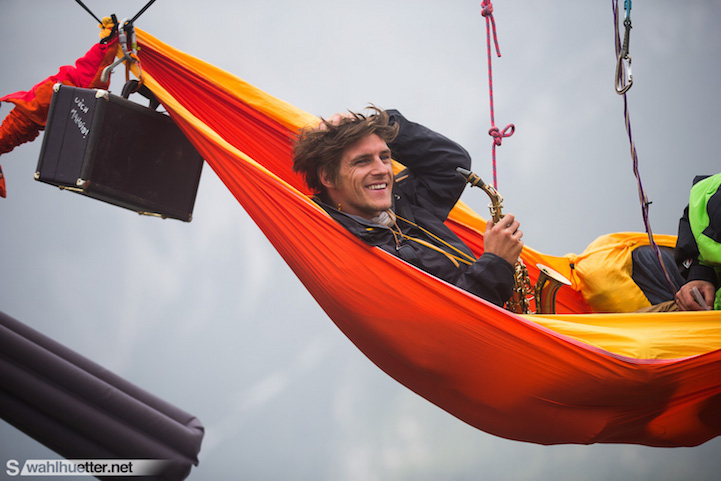 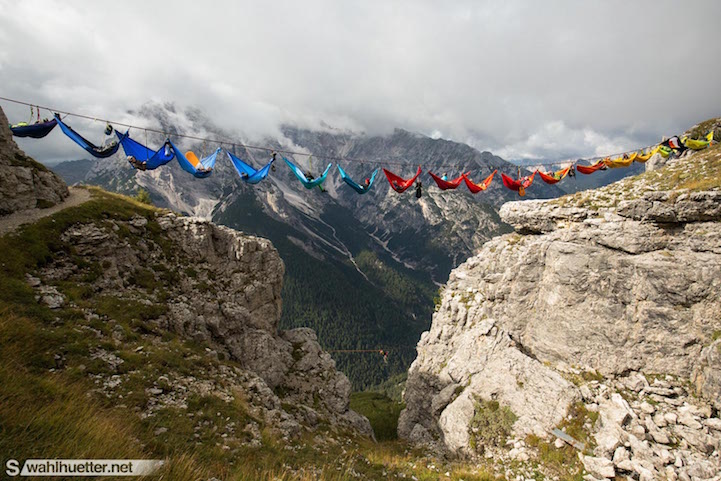 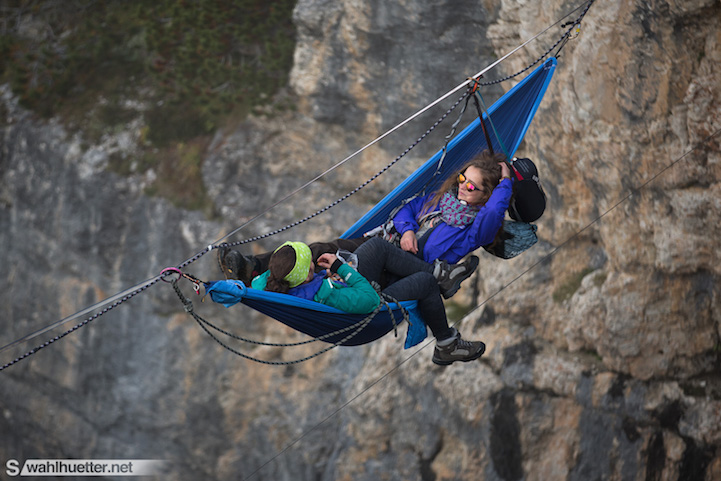 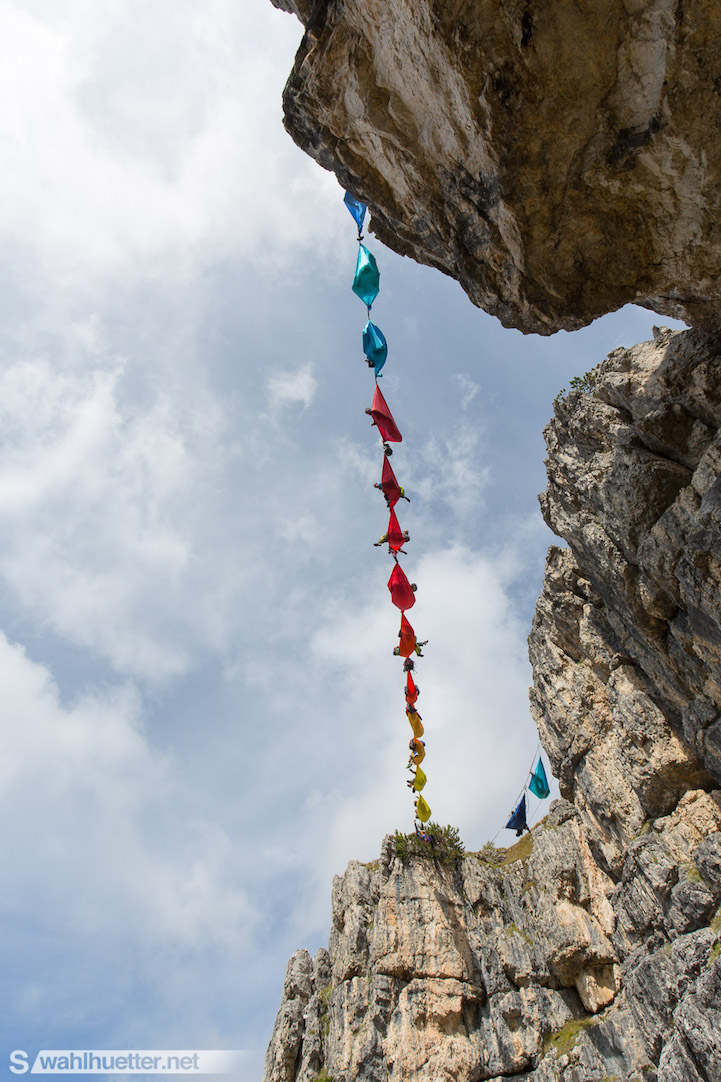 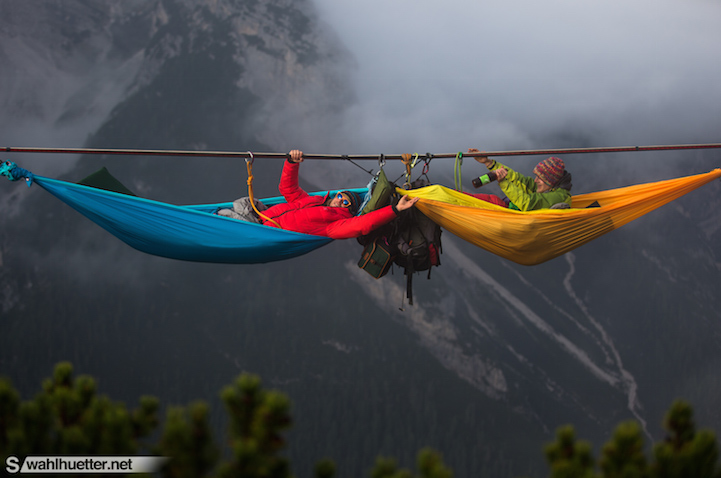 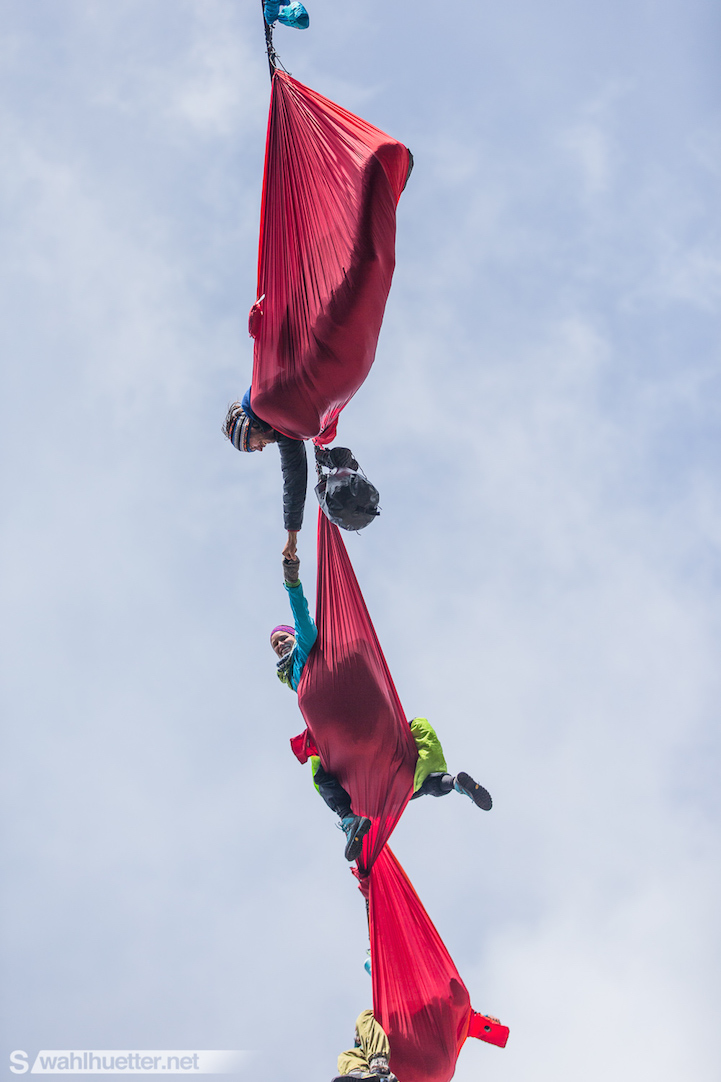 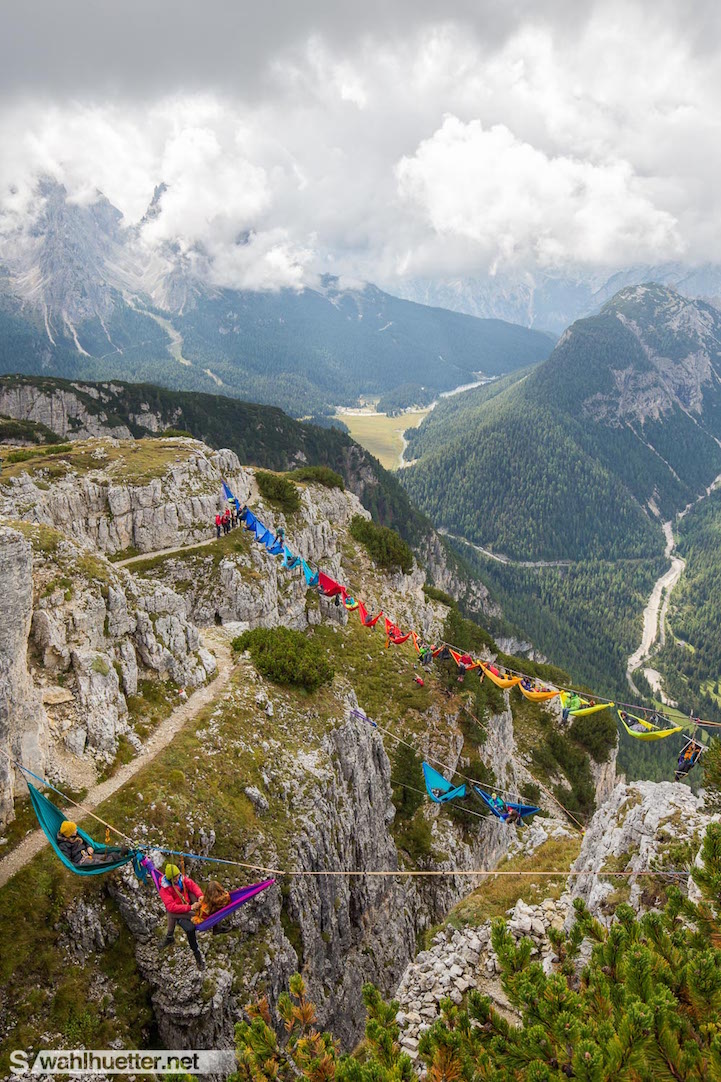 (via My Modern Met)