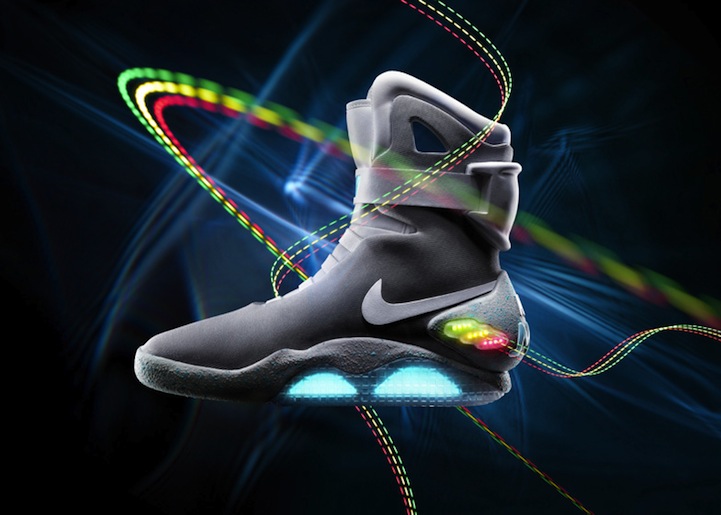 Nike is on track to fulfill a science-fiction prophecy with its plans to release “self-lacing” shoes inspired by Back to the Future II. The sports retail giant recently went public with plans to produce Air MAG shoes, modeled after the futuristic kicks worn by Michael J. Fox’s character Marty McFly.  When McFly is transported to the year 2015, he steps out of the DeLorean and slides his feet into gray high-top sneakers with laces that automatically cinch and light up.

Designer Tinker Hatfield spoke about the new design at a recent Long Beach, California, trade show. He said wouldn’t give a specific release date but indicated it will be sometime this year.

How the “power lace” technology will work specifically appears unclear for now, although patent papers dated July 2014 diagram a rather elaborate system of straps. “A set of straps…can be automatically opened and closed to switch between a loosened and tightened position of the upper,” the patent abstract explains. “The article further includes an automatic ankle cinching system that is configured to automatically adjust an ankle portion of the upper.”

Nike already manufactured 1,500 pairs of the model minus the power-lace technology in 2011 and sold them to benefit a Parkinson’s charity in Fox’s name. In this test run of the model, the soles, heels and a Nike logo lit up thanks to LED lights and batteries. 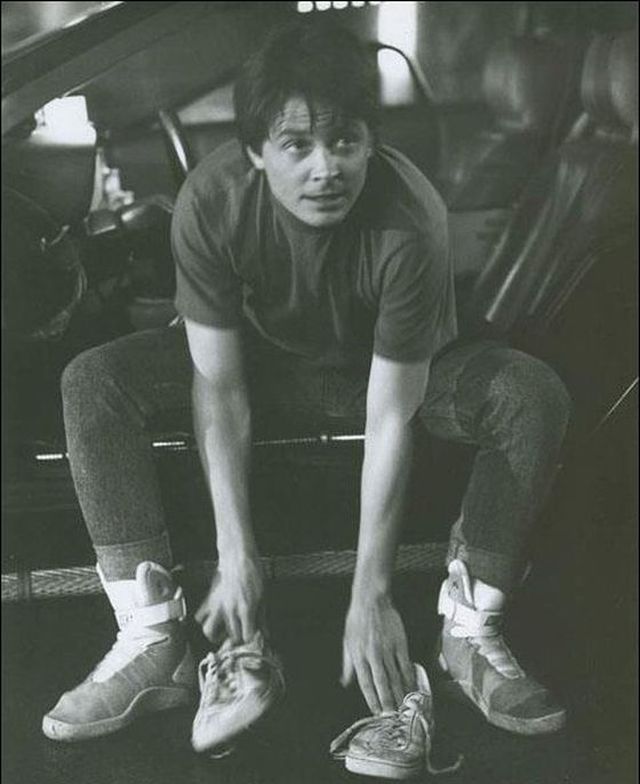 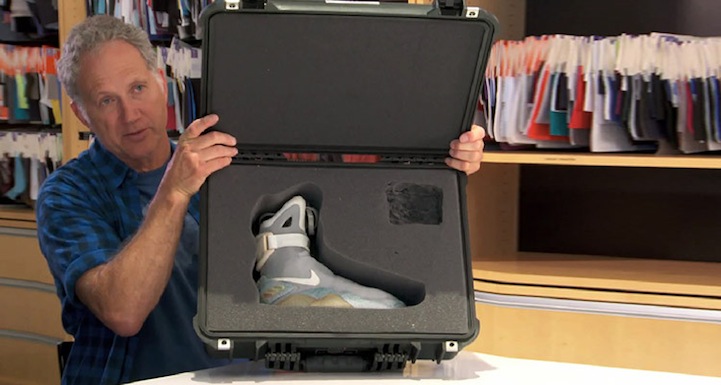 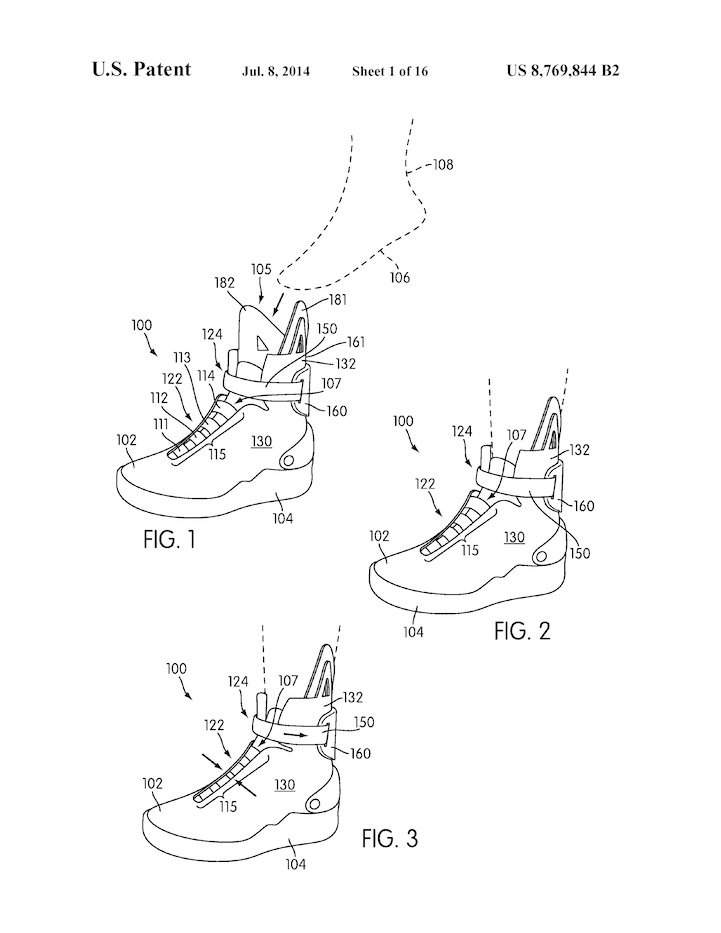 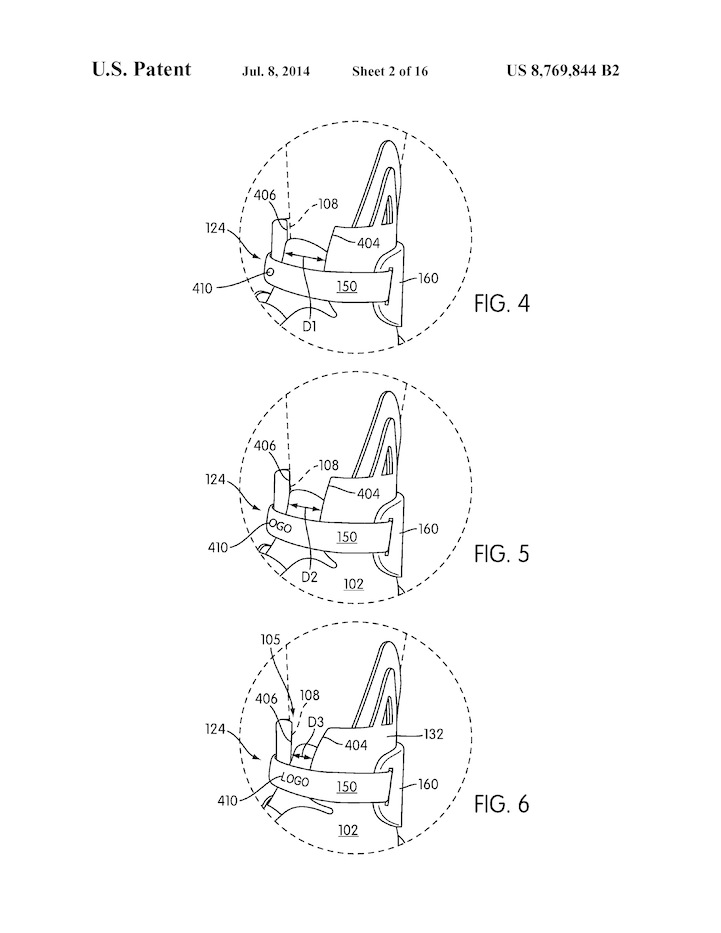 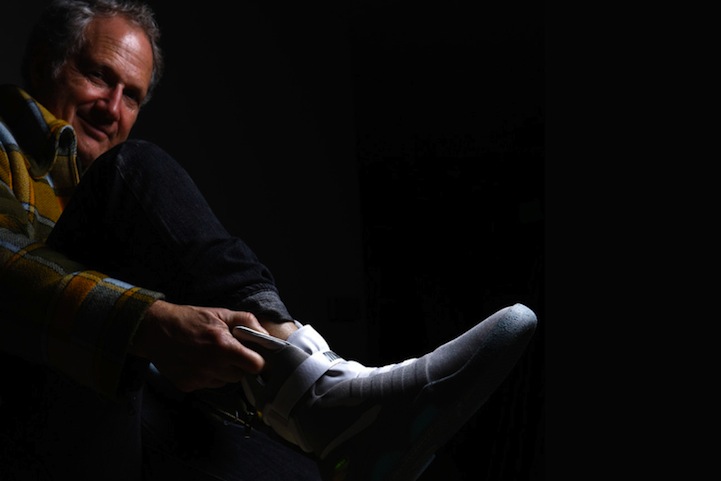