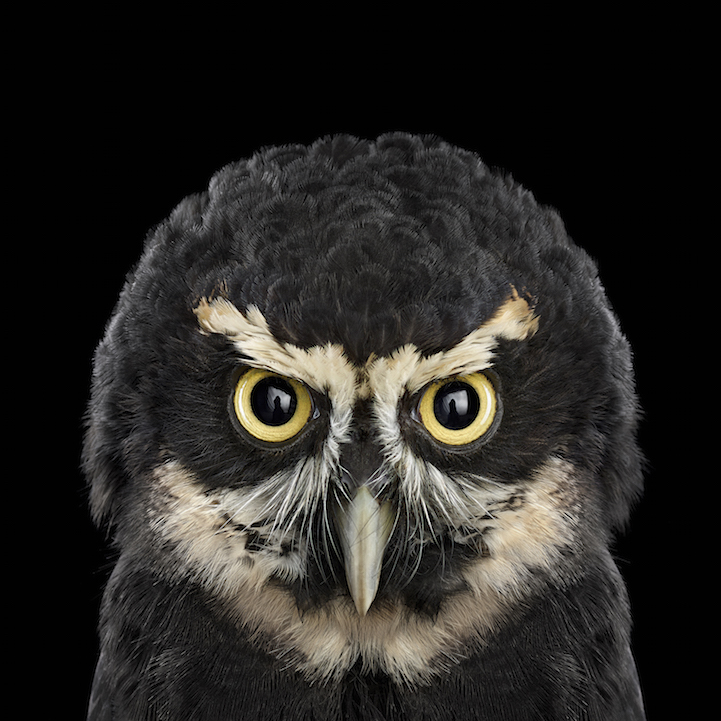 In this stunning series by Brad Wilson, the photographer captures up-close portraits of different owl species. Each bird is set against a stark black background, and the brilliant vantage point allows us to marvel at their unique qualities. Tiny feathers, short beaks, and glassy eyes stare straight into the camera with an intense gaze.

Capturing these pictures wasn’t as effortless as it looks. Wilson photographed owls from the World Bird Sanctuary in St. Louis and The Wildlife Center near Española, New Mexico. He had to spend hours with each bird, because they remained aloof towards the camera, even when the flash went off. “It’s hard to get animals to look at you like humans do,” he tells Audubon. “That [straight-ahead] shot became my holy grail.”

The owls appear stately and noble-looking, and this was Wilson’s intention as he photographed them. Many of the creatures have wing injuries and are dependant on caretakers, a fact that Wilson concealed in his compositions. The humans who acted as the birds’ perches hid themselves by contorting their bodies to stay out of the camera’s frame. Alone, these owls look dignified and powerful. 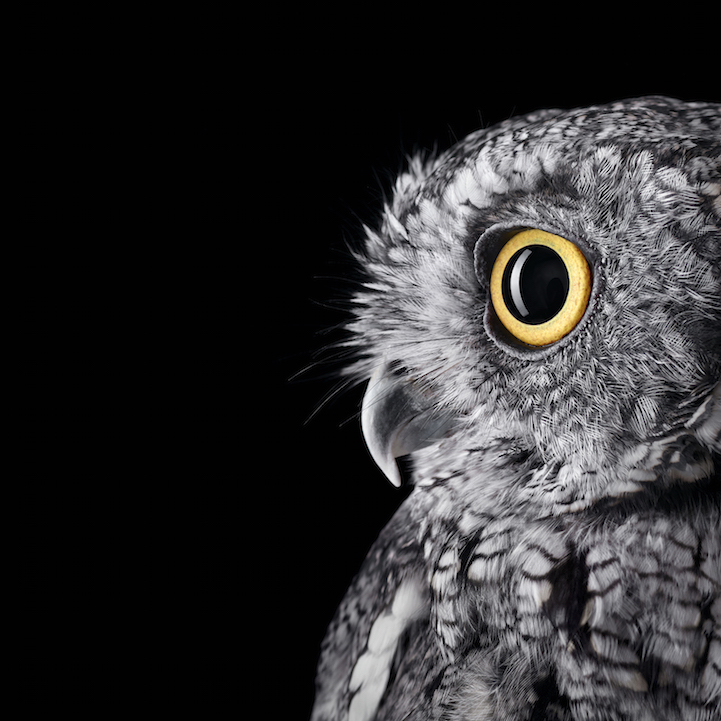 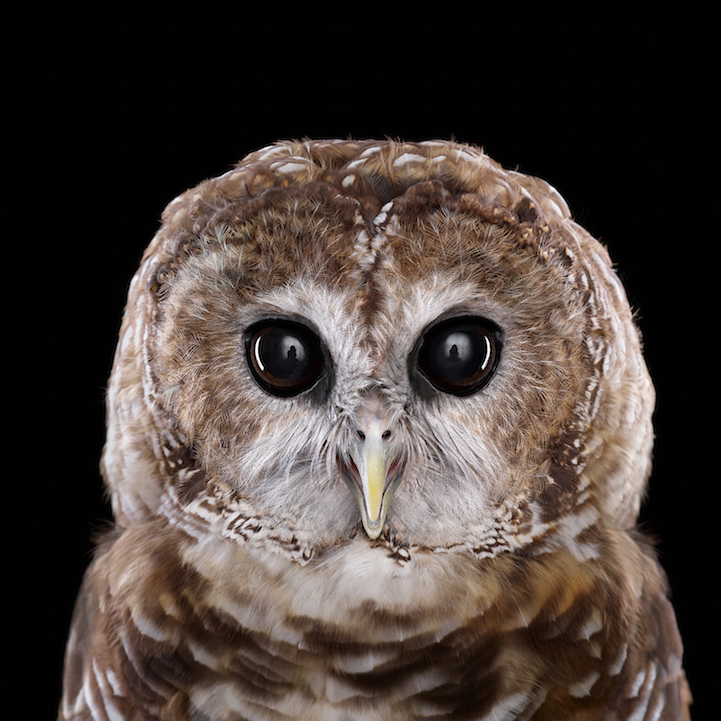 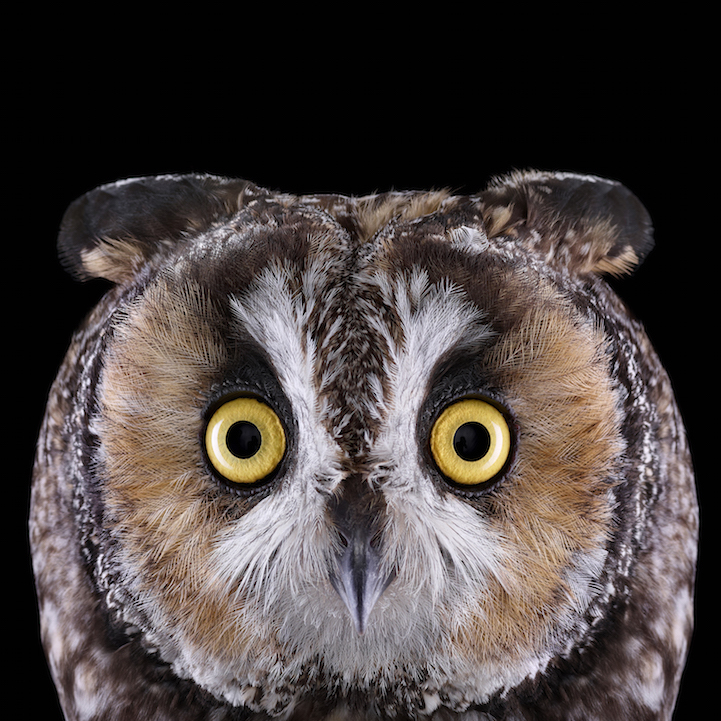 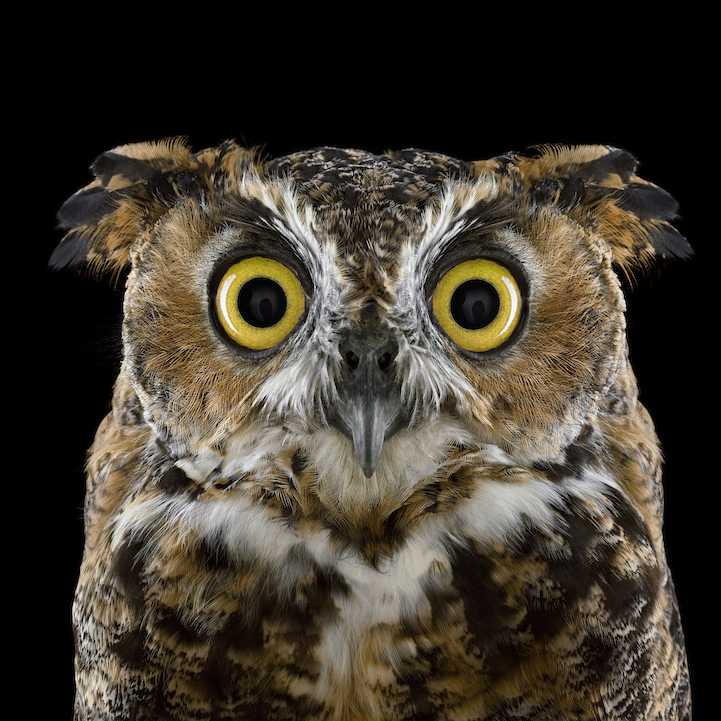 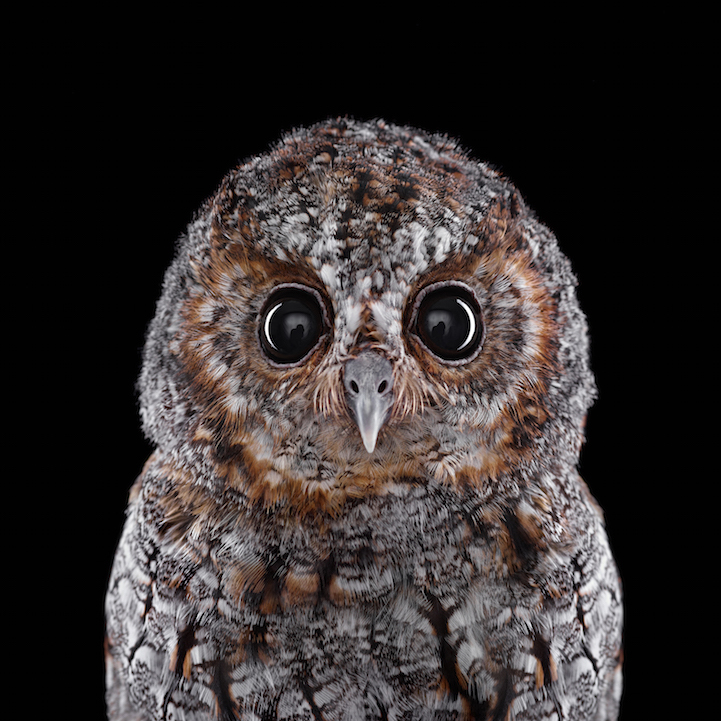 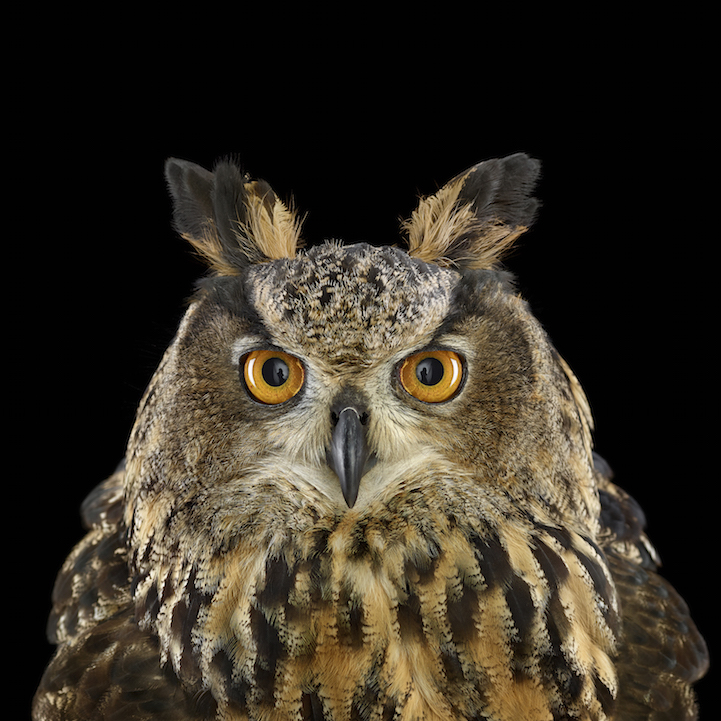 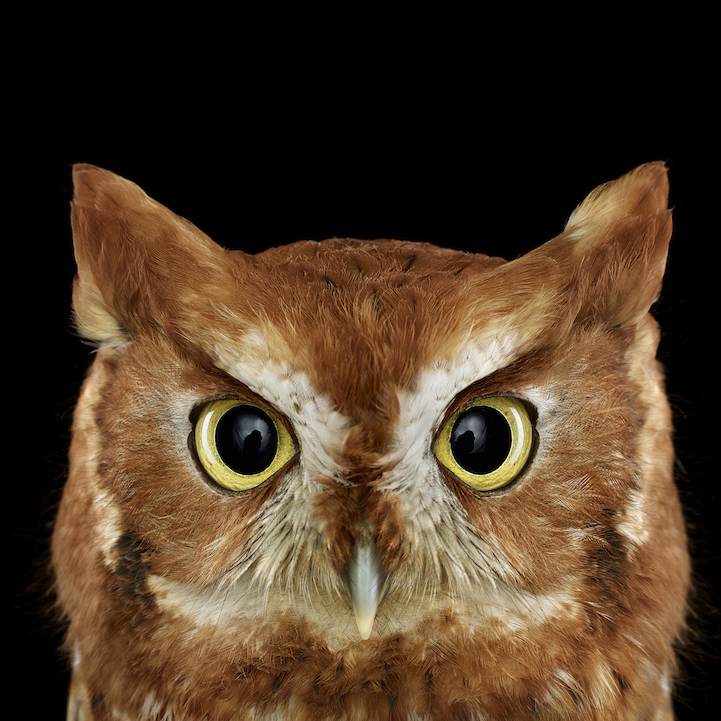 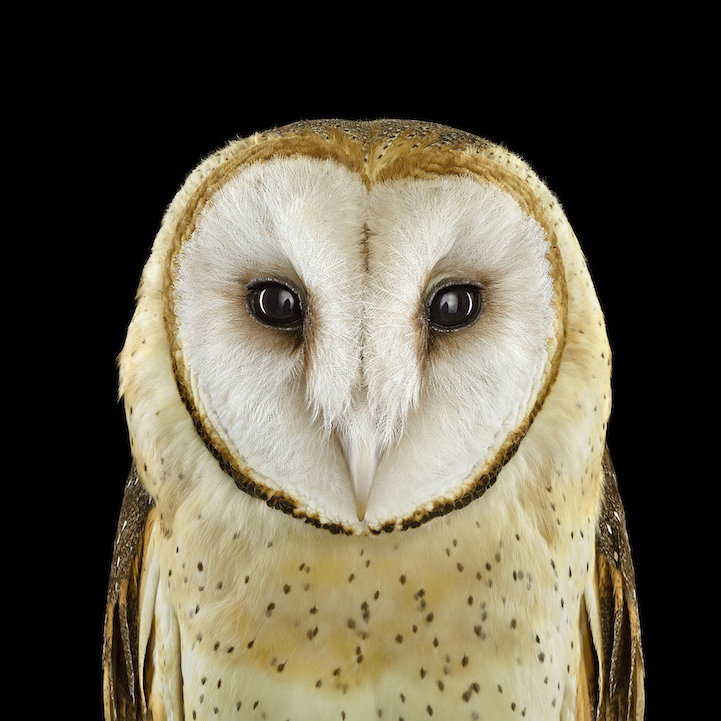