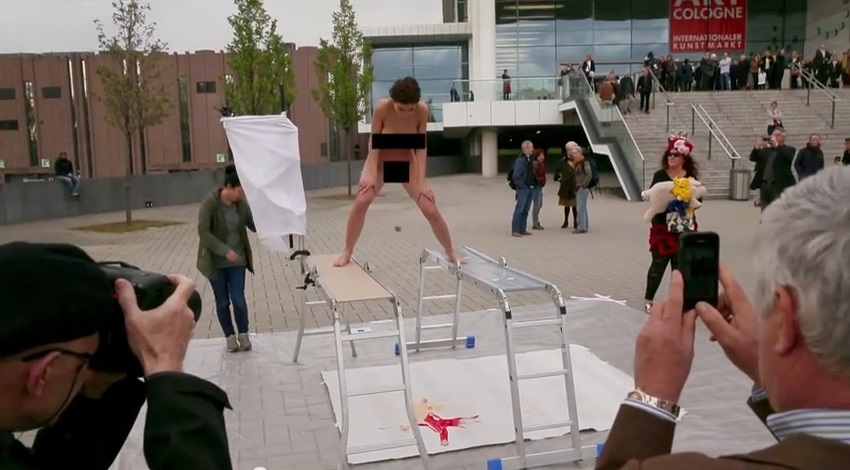 When we last saw performance artist Milo Moire, she removed all of her clothes and walked down the street, onto a bus, and lined up for a ticket to Art Basel with nothing but a bag, a pair of heels, and the words of the articles of clothing she would normally be wearing written in black marker on her naked body. You can view that walk HERE.

In her latest project, the “PlopEgg Painting Performance – a Birth of a Picture”, Moire squeezed paint-filled eggs out of her vagina, allowing them to burst colorfully onto blank canvases below outside of Art Cologne.

“I’m interested in pushing boundaries through art, living and expressing my art with my body and mind while opening mental doors. It’s more than just my naked body, my vagina… a lot of people out there are reflecting and I accept when someone doesn’t understand the meaning of my art. Art is personal. When I perform I’m at one with myself, focused and calm. I feel strong, because I’m absolutely convinced about my work.” 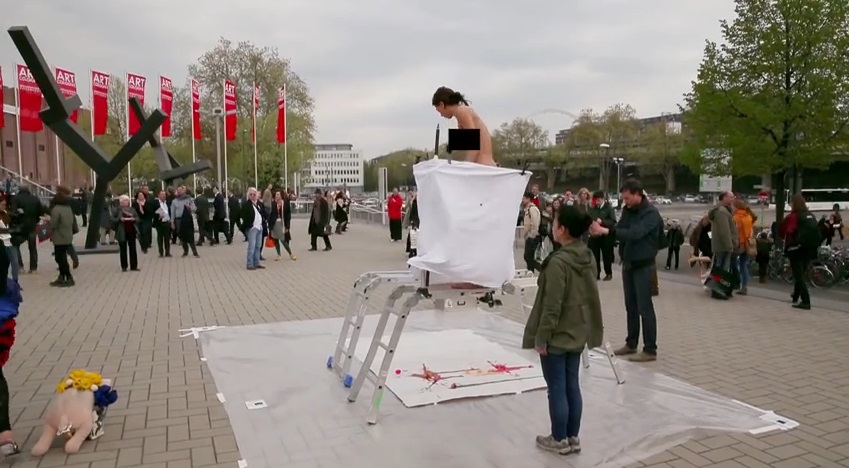 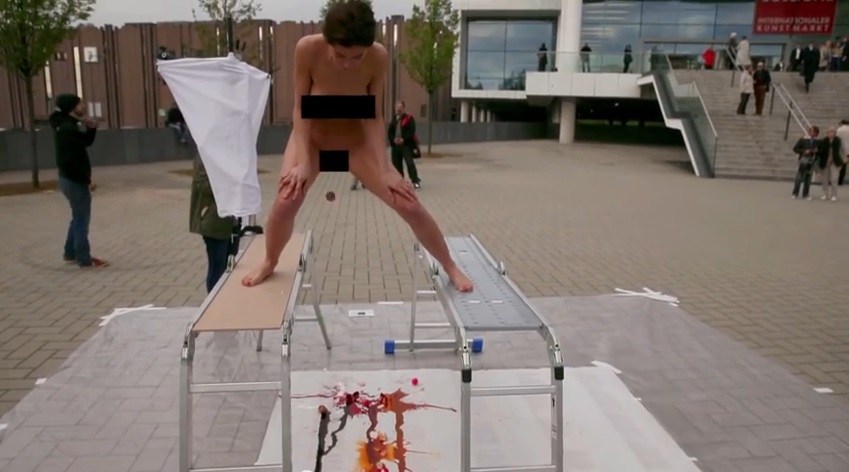 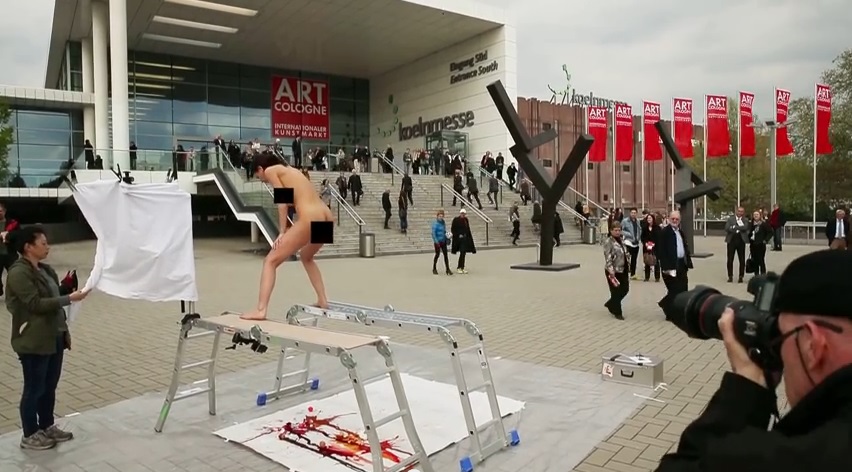 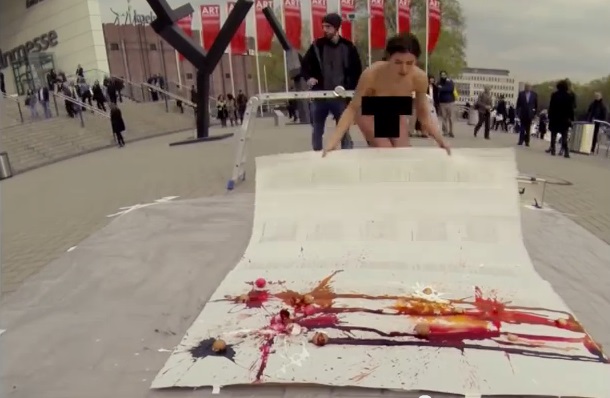 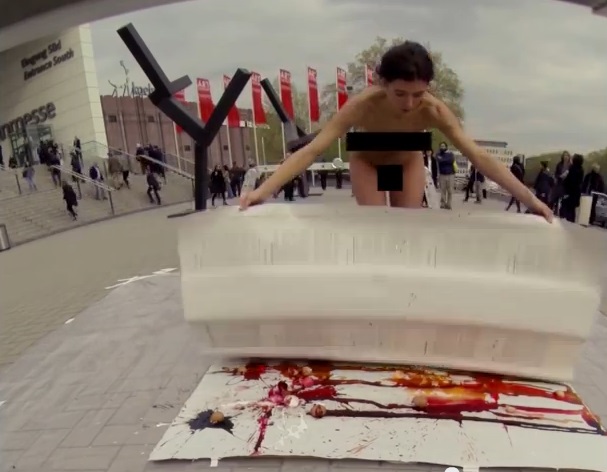 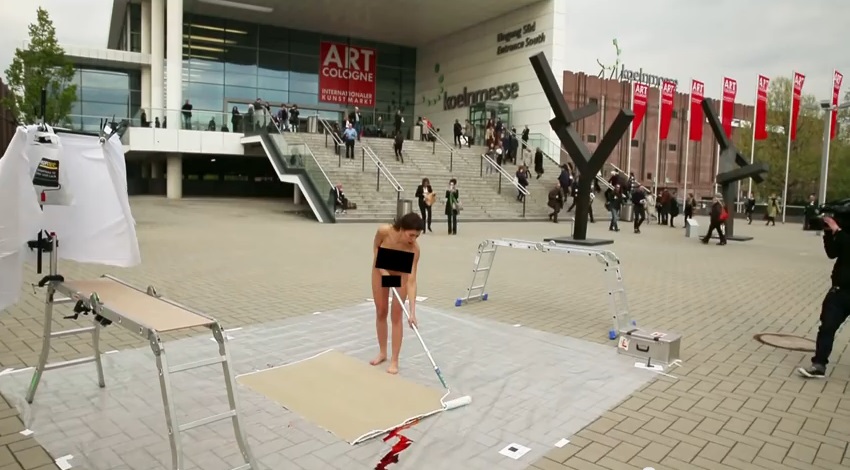 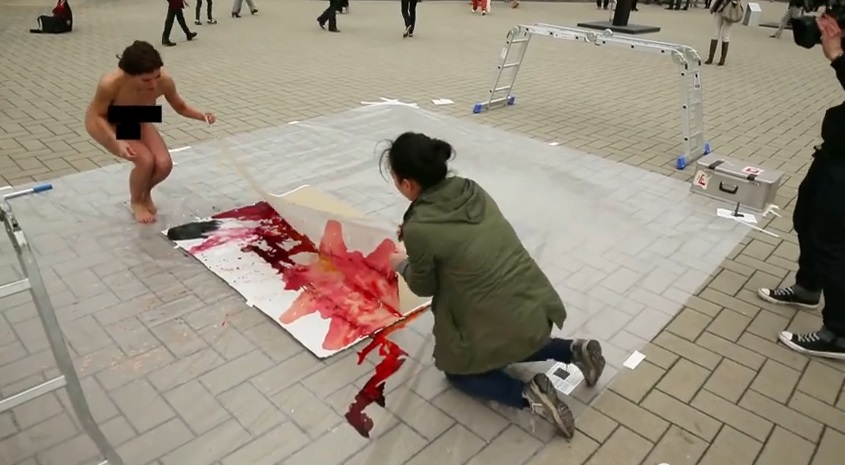 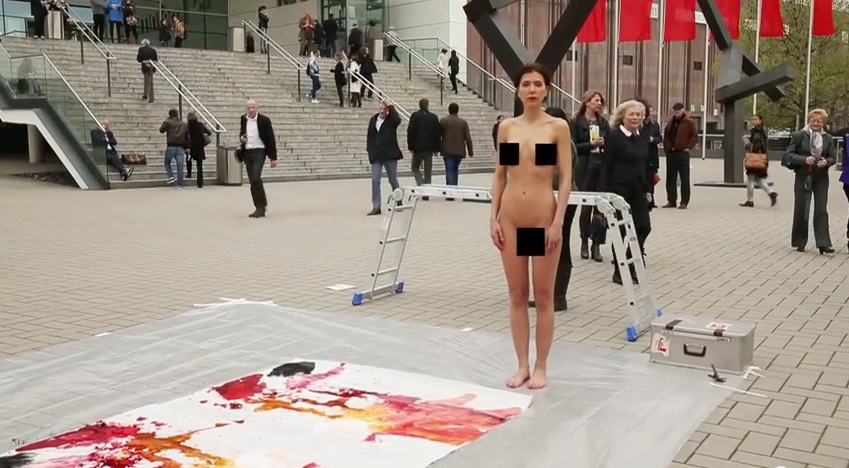 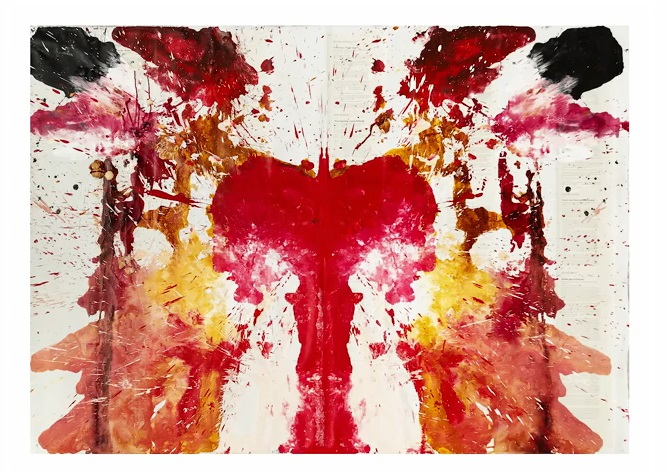