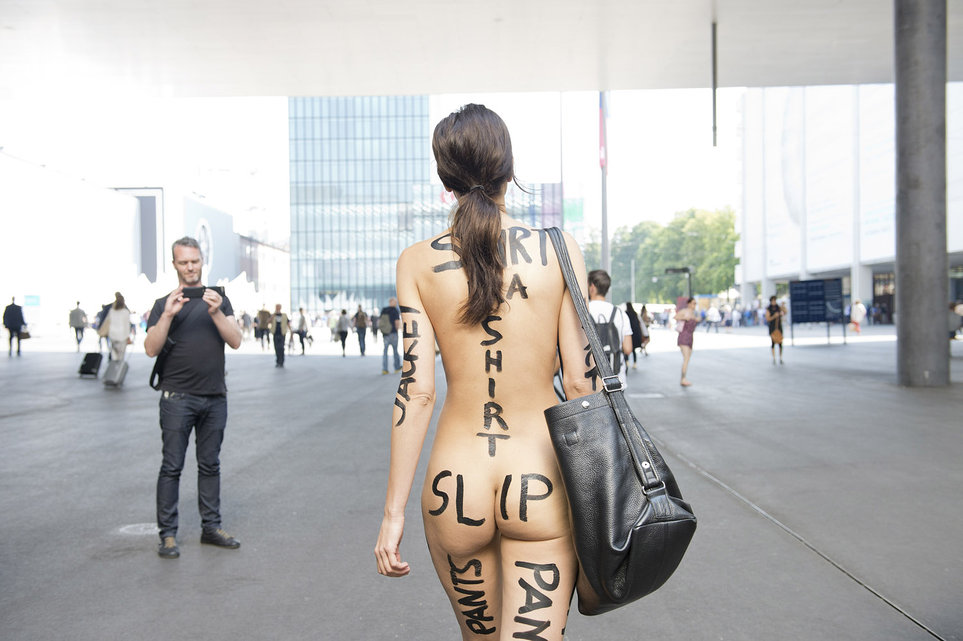 When Bar Rafaeli appeared completely nude on the cover of Esquire, was it performance art? Possibly – she did have an actual artist named Stephen Victore paint the words of Stephen King on her body. Is the above photo? Absolutely, at least according to Milo Moire, a performance artist and psychologist based in Duesseldorff, Germany.

A few days ago, she decided to strip down to nothing but words – the names of the articles of clothing she normally would be wearing. Then she walked outside, down the street, onto a bus, and lined up for a ticket to Art Basel, the extremely exclusive event that happens every year at the intersection of Switzerland, Germany, and France. Along her 1-hour journey, men and women stopped, stared, smiled, took pictures, and generally let her do her thing. Until some authority at Art Basel ordered her to put on some clothes or leave.

Why exactly? It’s a piece of performance art called “The Script System”, which she described on her official blog (via Google Translate):

The performance “The Script System” is inspired by the script theory of cognitive psychology. Each of us knows these scripts (eg restaurant script), recurrent, stereotyped action sequences, after which we work every day. Especially early in the morning on the way to work, we work almost automatically, often without awareness of our environment. These everyday blindness I wanted to break through my performance. The Invisible (Invisible or become) make visible distribute such disorders as spores for a liberating thought.

While you think on that really thoroughly, we’ll throw one more abstract detail at you: her last name – Moire – is a scientific term for “a secondary and visually evident superimposed pattern created, for example, when two identical (usually transparent) patterns on a flat or curved surface (such as closely spaced straight lines drawn radiating from a point or taking the form of a grid) are overlaid while displaced or rotated a small amount from one another,” according to Wikipedia. It all sort of fits together, though we have no idea how or why. But we do know art when we see it. 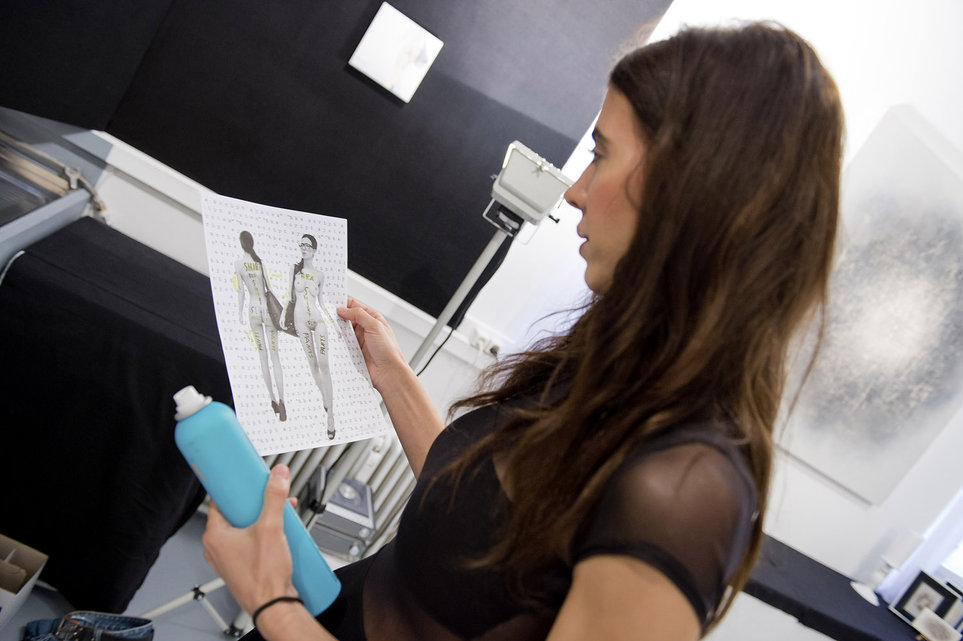 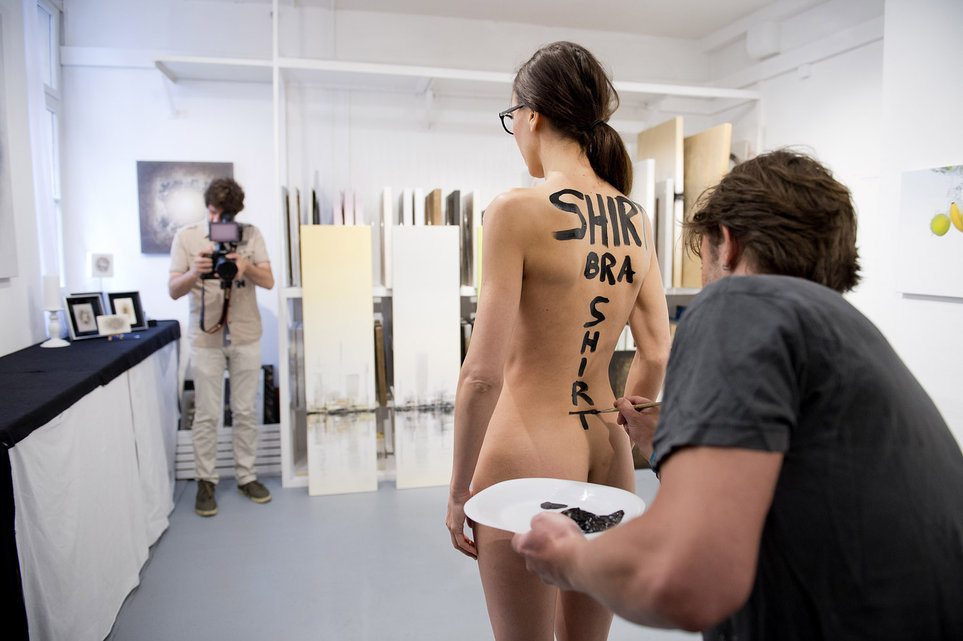 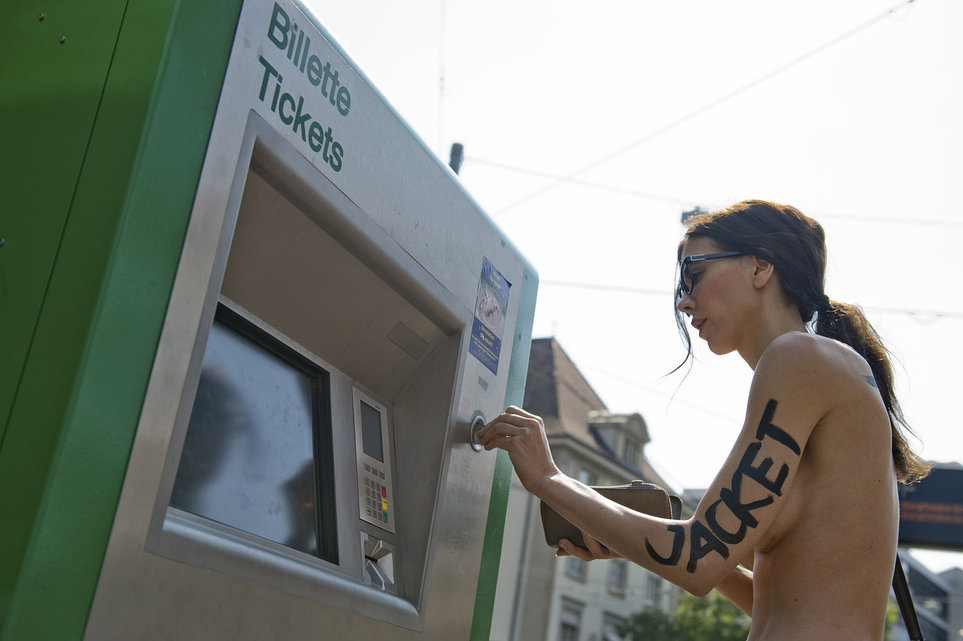 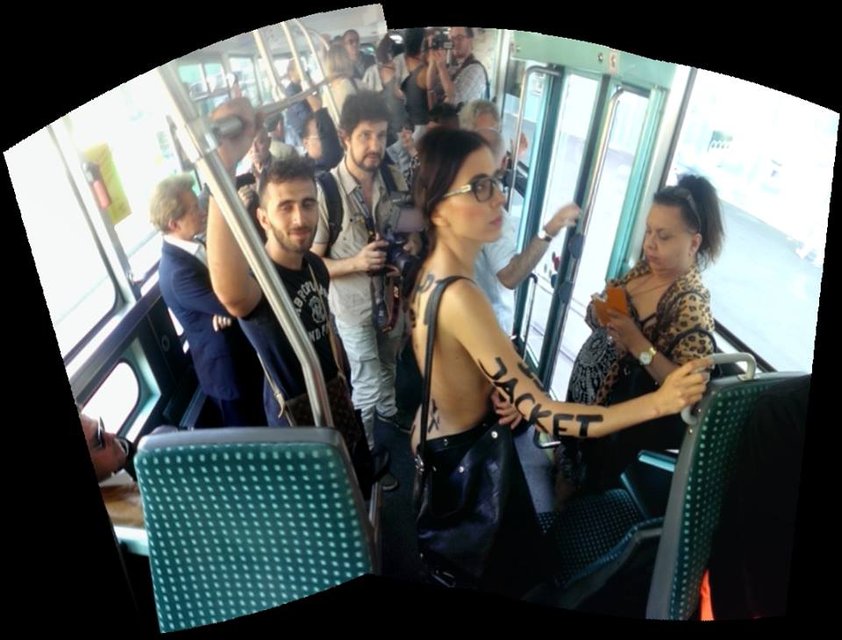 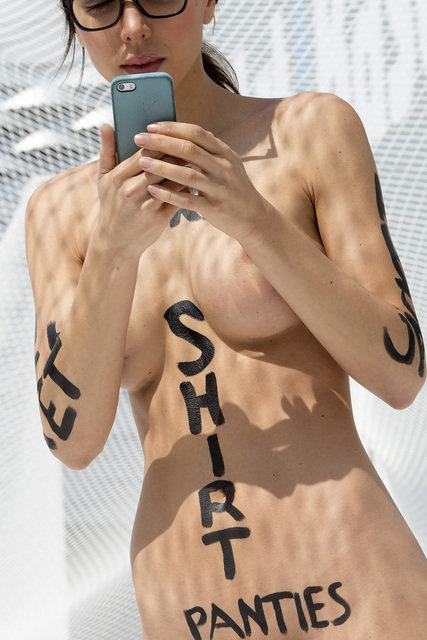 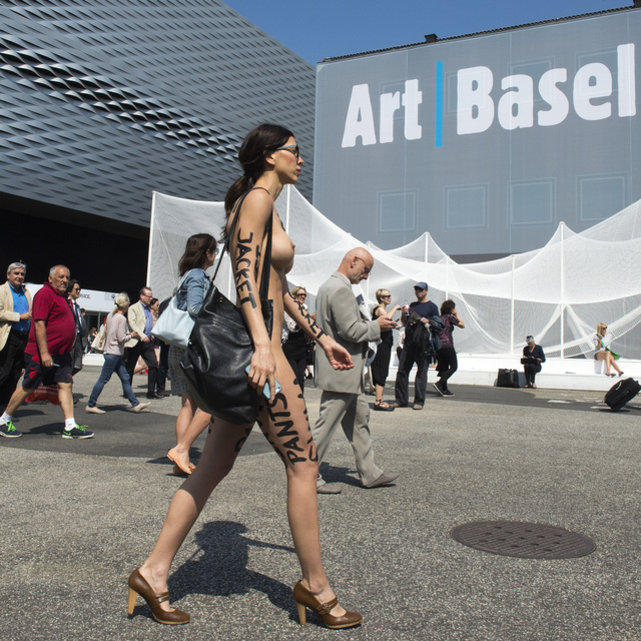 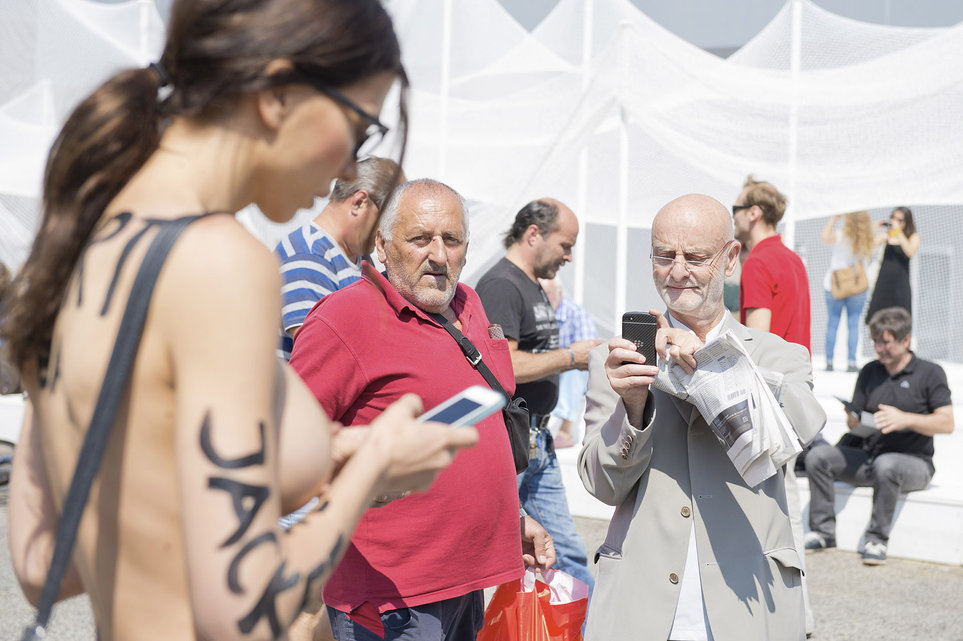 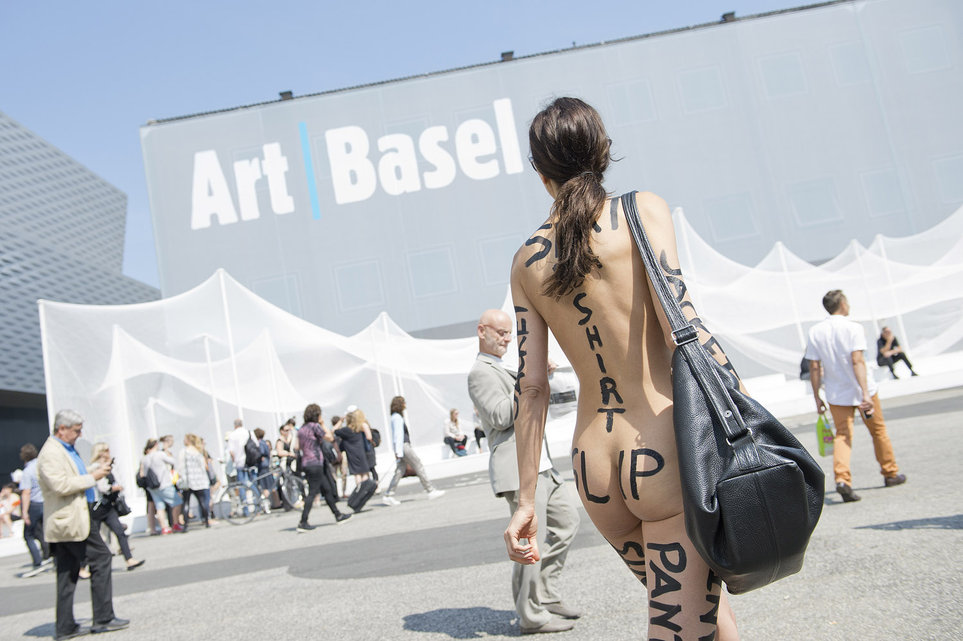 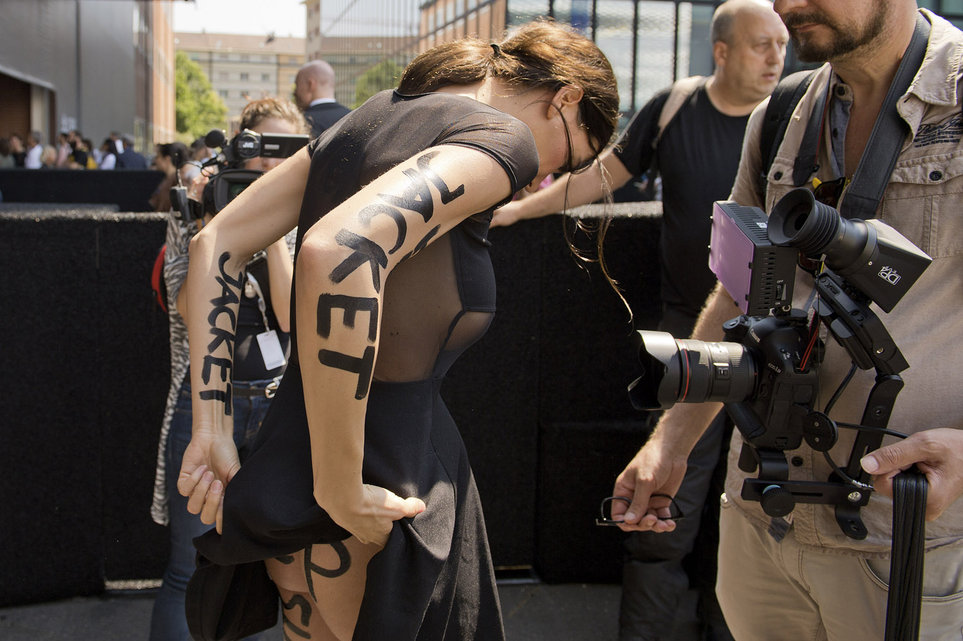 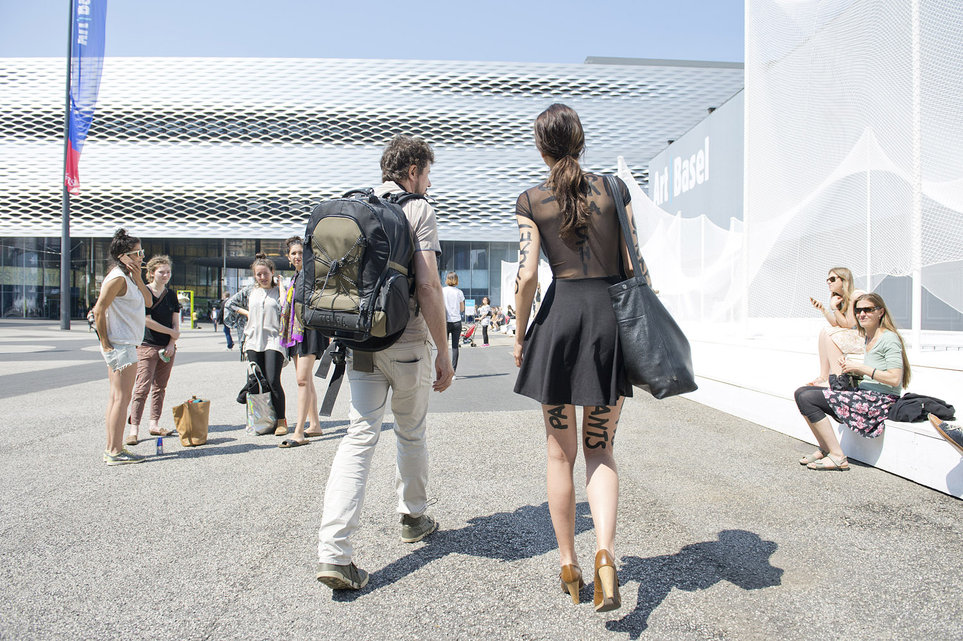 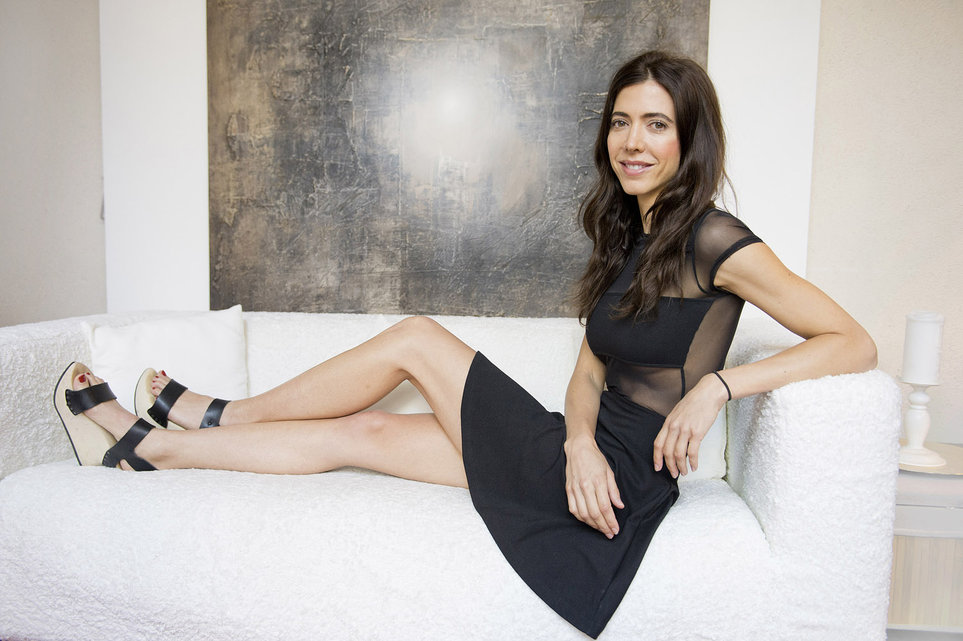