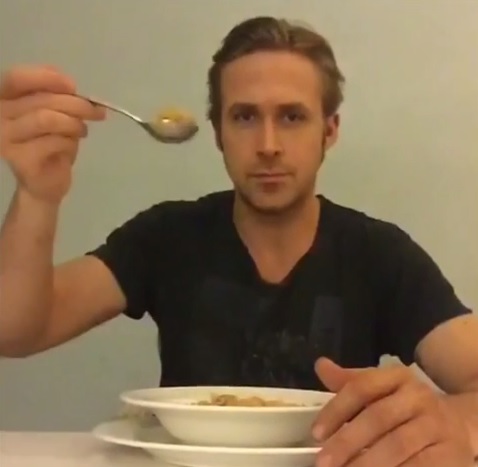 On Tuesday, Ryan Gosling did something that sent the internet into a frenzy: he ate cereal. For those familiar with the (surprisingly complex) lore of Gosling, this was a truly touching act.

To fully understand why this video means so much, you have to go back to 2013, when a man named Ryan McHenry started creating Vines — short, seven-second videos — that featured Ryan Gosling’s often stoic, closed-mouthed onscreen characters while someone tried to “feed” those fictional humans cereal.

McHenry’s videos were very popular. Many of them got millions of plays.

In a touching tribute to McHenry, who died of bone cancer over the weekend, Gosling finally ate his cereal.  You can watch all of McHenry’s Vines and Gosling’s response here:

My heart goes out to all of Ryan McHenry's family and friends. Feel very lucky to have been apart of his life in some small way.