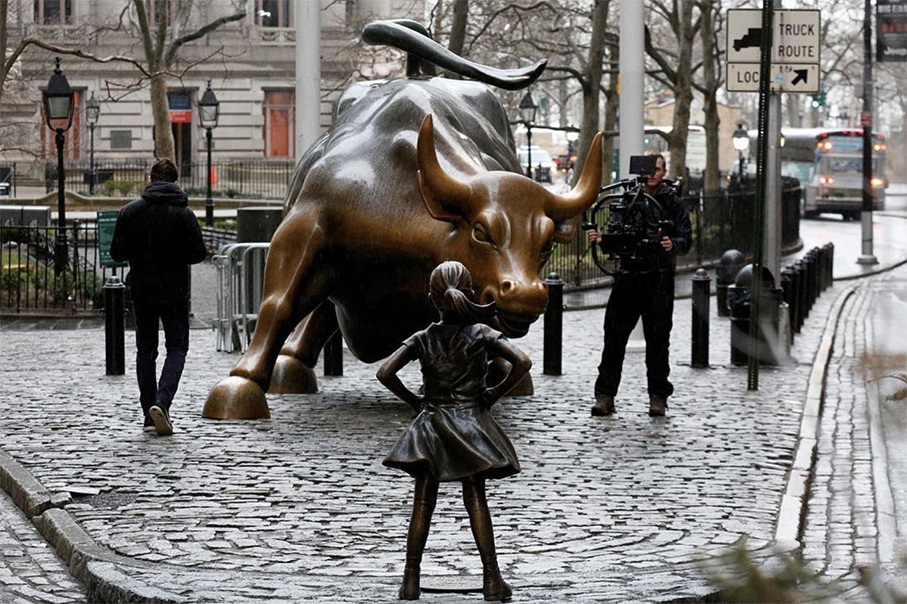 Earlier this week, a small bronze statue of a girl, designed by artist Kristen Visbel, appeared overnight in the path of the bull statue. The young girl stares down the famous Wall Street charging bull in an act of defiance. It’s intended to highlight the gender disparity of senior level roles at US financial firms; 85 per cent of financial advisors on Wall Street are men.

The statue is officially titled The Fearless Girl and will remain for at least a month. The piece is already drawing large crowds and extensive coverage in the press. Charging Bull was originally an act of guerrilla art by Arturo Di Modica, and only became permanent after its soaring popularity, leaving some to wonder if Visbal’s statue could follow the same story. You can watch a video about its creation below.