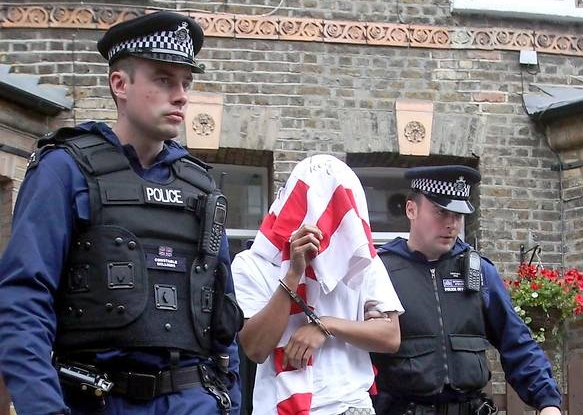 The interwebs was all aflutter today with news that elusive graffiti artist, political activist, film director, painter and long time fugitive that for years has gone by the pseudonymous name of Banksy, was arrested early this morning by London’s Metropolitan Police. According to reports, after hours of questioning and a raid of his London art studio, his true name and identity have finally been revealed. A video was even produced purporting to reveal Banksy’s real identity:

“…The City of London Police say Banksy’s real name is Paul Horner, a 35-year old male born in Liverpool, England. London Police Chief Lyndon Edwards held a press conference to answer questions about Banksy and how Horner was finally apprehended after all these years on the run. “We had a 24-hour Anti-Graffiti Task Force monitoring different groups where Banksy was known to frequent. We received word that around 2am a group of individuals left a flat speculated to be one of Banky’s art studios. This group was followed by agents and once vandalism had occurred, we then arrested the group, 5 men total. These individuals all had ID on them except for one, and that is the one we believed to be Banksy,” Edwards said.” 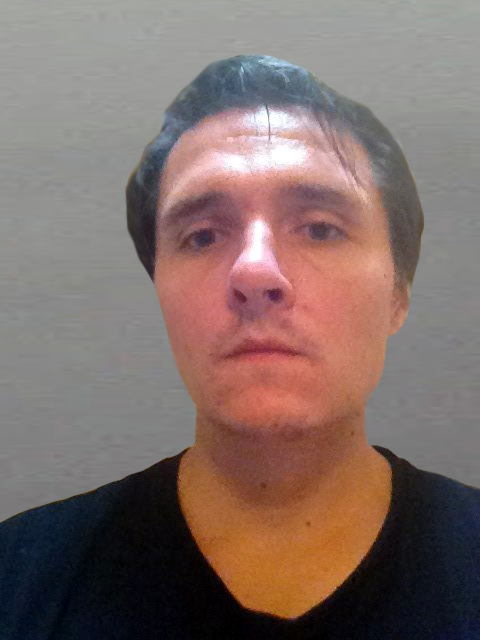 (ABOVE: A mugshot CLAIMING to have been taken by London Police today of Paul Horner AKA Banksy.)

“We then raided the studio where this group was last seen leaving from. Inside we found thousands of dollars of counterfeit money along with future projects of vandalism. We also found a passport and ID of a Paul Horner who matched the description of the man that we are currently holding.” Edwards continued, “Horner is currently being held without bail on charges of vandalism, conspiracy, racketeering and counterfeiting. We are also holding the other four individuals whose names we are not releasing at this time.”

(ABOVE: According to reports, this is a photo of Banksy, AKA Paul Horner, seen here being taken into police custody.)

Despite the “if it’s on the internet, it must be true” adage, we immediately smelled HOAX, so did a bit of digging (our mascot Fido is good at that).  It didn’t take long (30 seconds in fact), to rule this out as a not-very-elaborate fake.  We reached out to Banksy’s PR agent Jo Brooks, who confirmed the hoax in 3 simple words:

Banksy’s identity was long speculated to be Robin Gunningham, a man born in Bristol, England in 1973. Known for his contempt for the government in labeling graffiti as vandalism, Banksy displays his art on public walls and even goes as far as to build physical prop pieces. He does not sell his work directly; however, art auctioneers have been known to attempt to sell his street art on location and leave the problem of its removal in the hands of the winning bidder.

So we can all breath a big sigh of relief… inhale, exhale… Banksy is still a mystery. Someone. Somewhere. Phew.