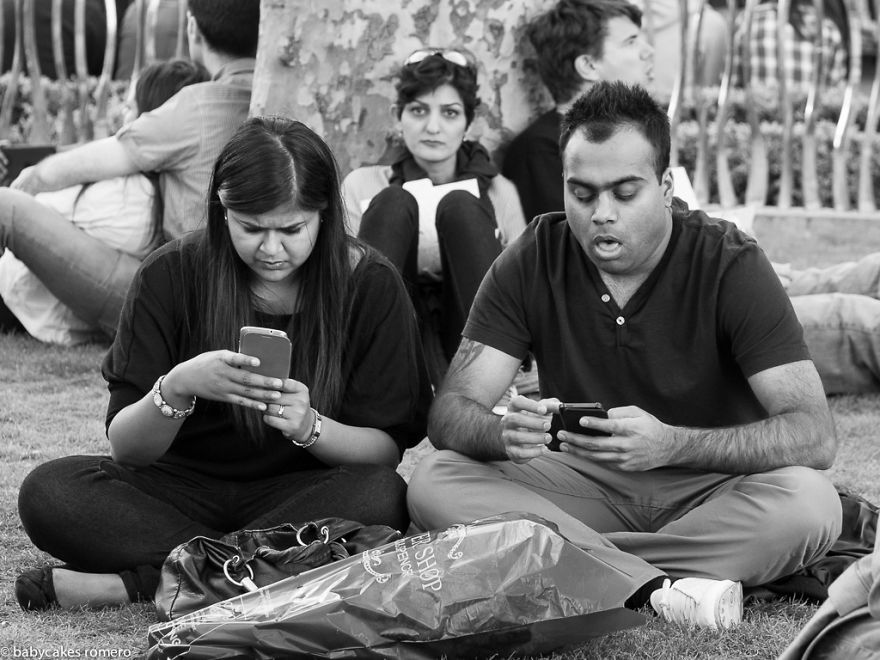 Photographer Baby Cakes Romero doesn’t have a problem with portable tech specifically, because our devices facilitate our lives, but he believes it is making people seriously dull.  He started to photograph people in company on their phones as there was a certain symmetry to them and it appealed on a visual level, but as he continued he noticed an inherent sadness to the proceedings.

According to Baby Cakes: “Before mobile phones were invented, people would have had no choice but to interact. However, that is no longer necessary as we can all now “pretend” we are doing something “important” on our devices rather than think of something to say. This is killing conversation. I believe it’s increasing social pain…”

“Most people used to use cigarettes as a social prop. Admittedly, they’re bad for your health, but at least they didn’t turn people into ‘plugged in’ bores. Together we must be strong and release ourselves from the shackles of smartphones and bring face-to-face chat back!”

What do you think about Baby Cakes’ photo series and the modern day conversation killer… the mobile phone? 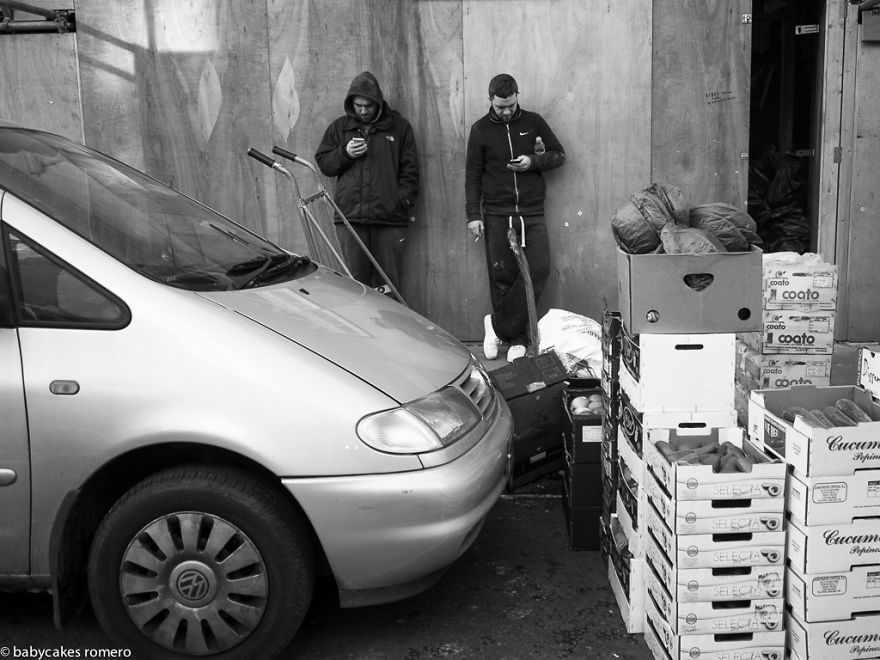 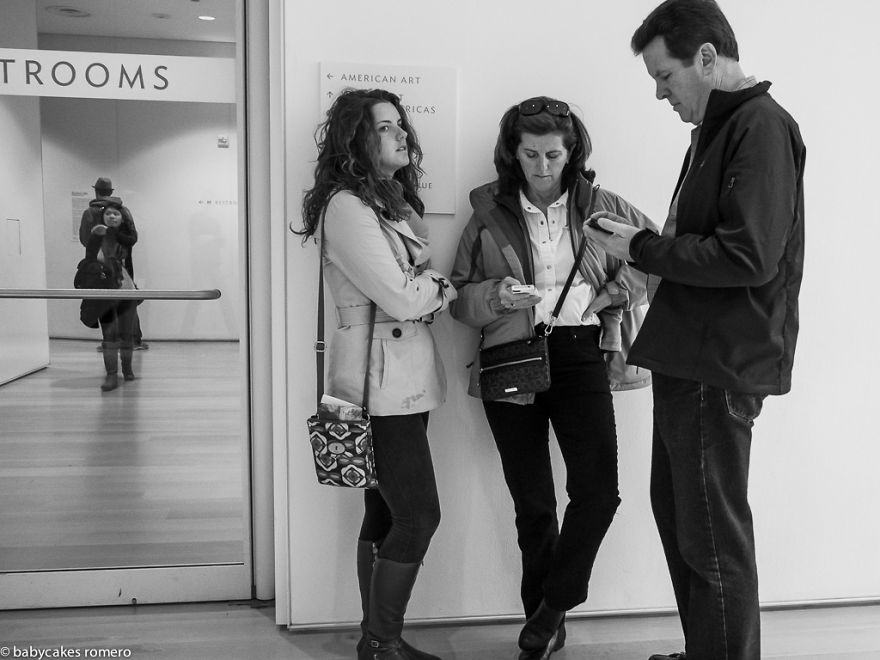 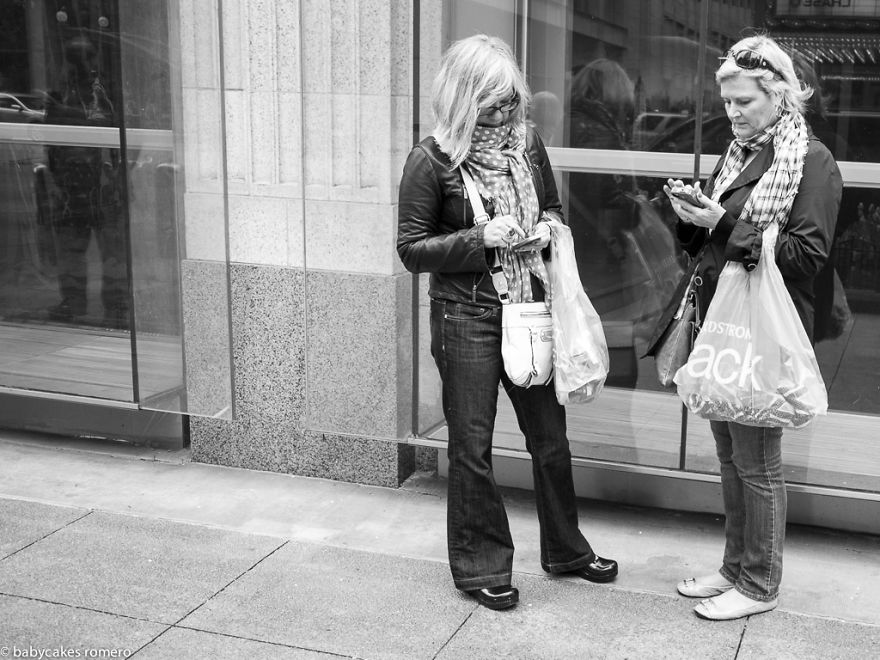 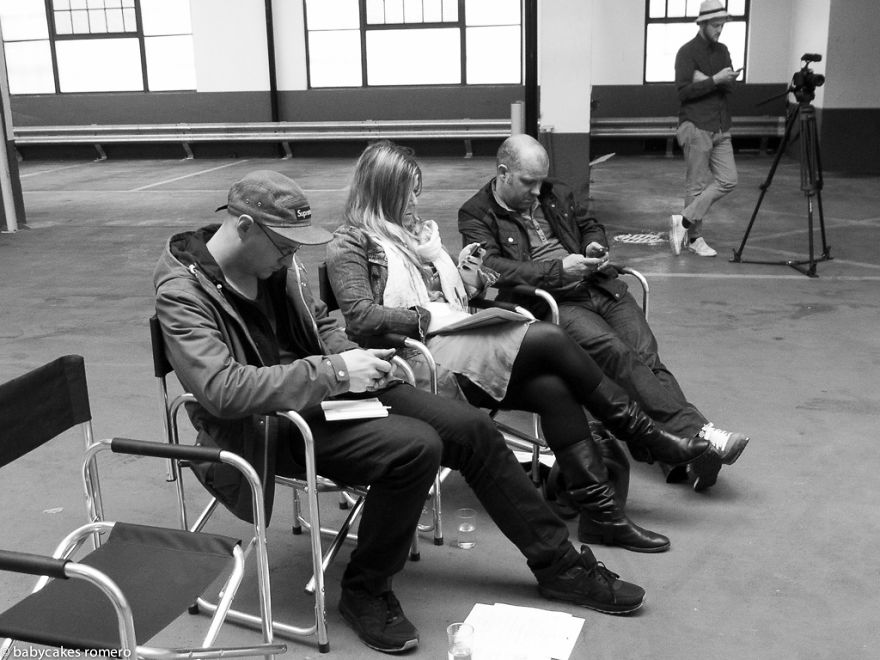 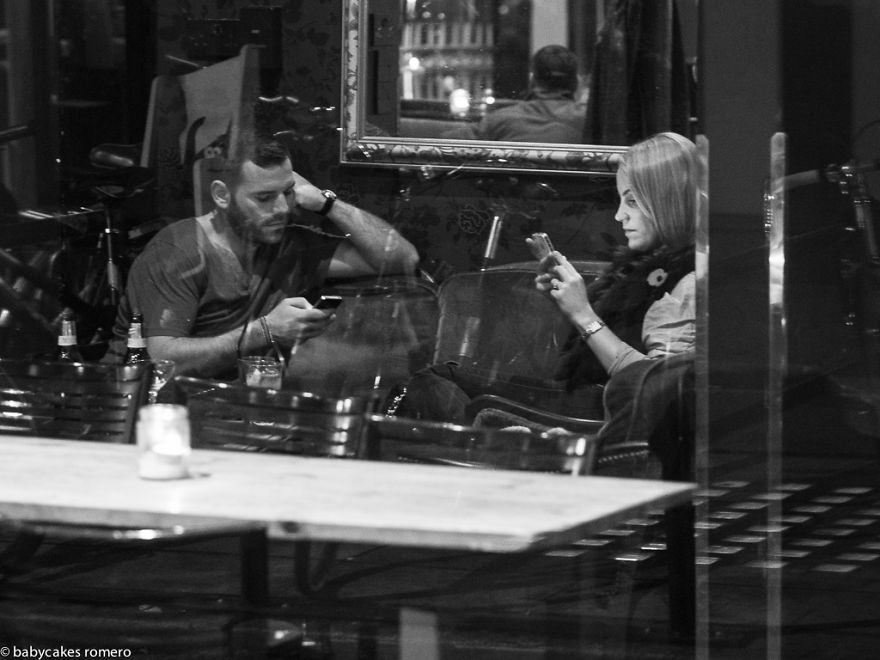 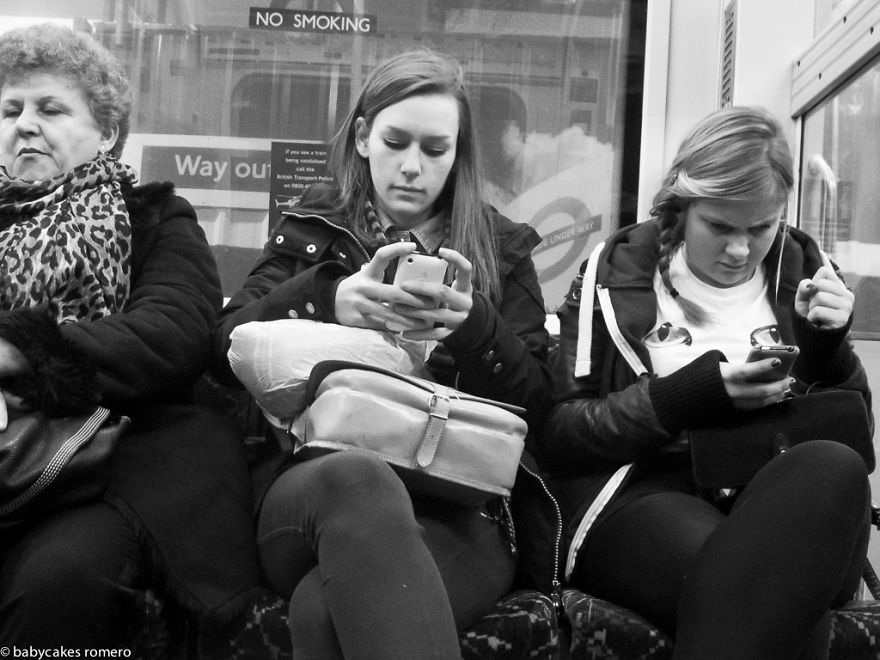 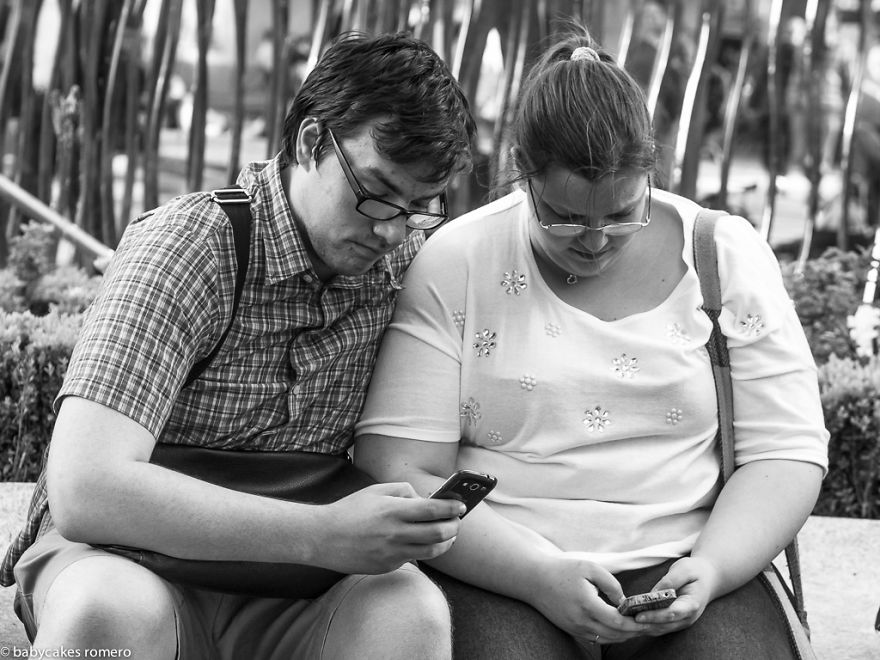 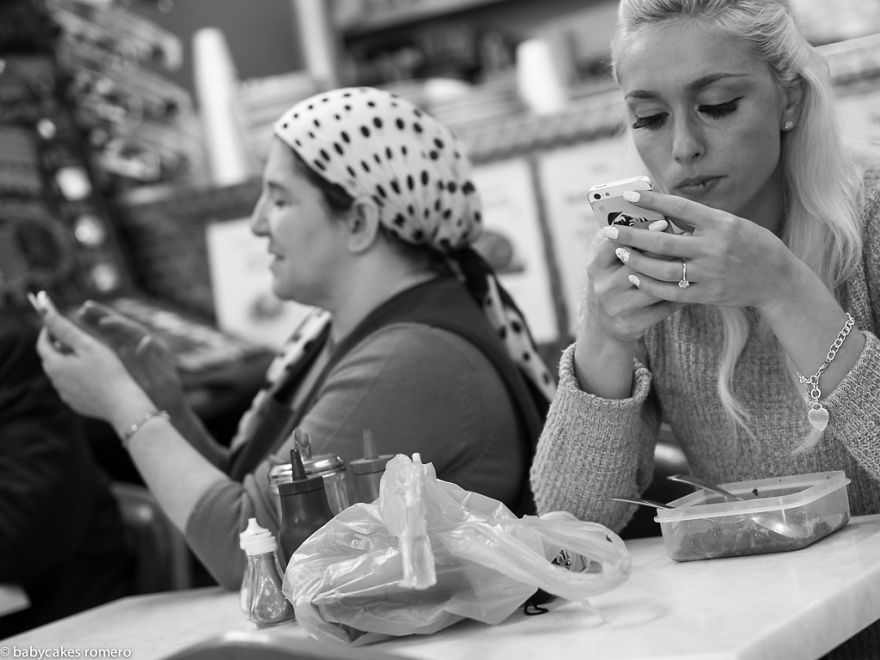 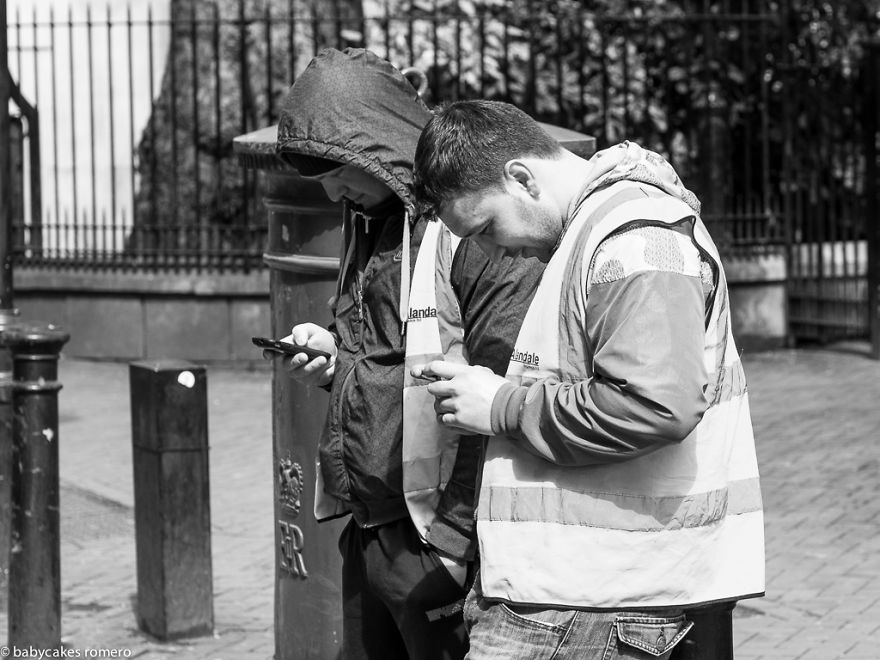 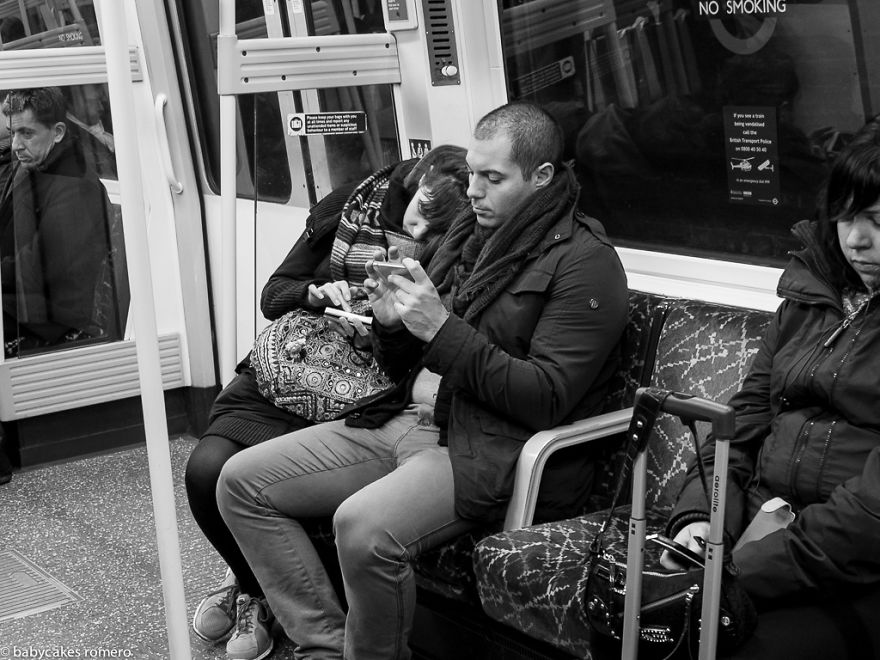 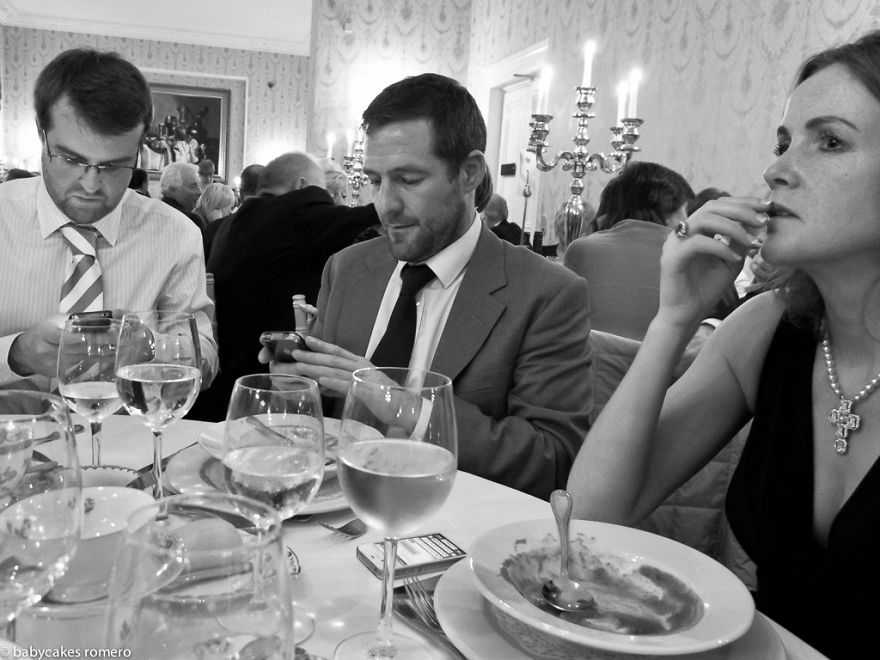 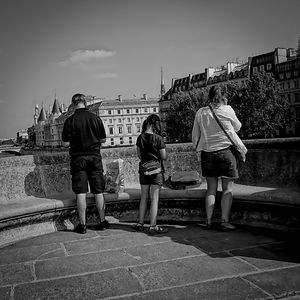 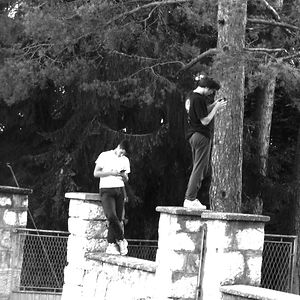 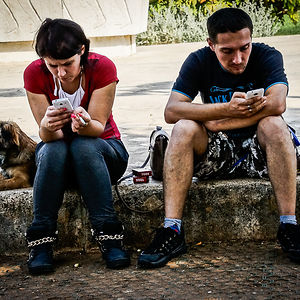