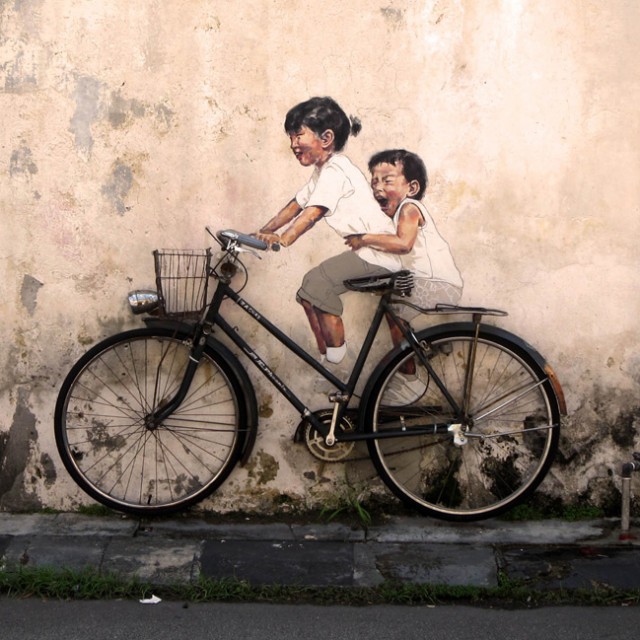 Malaysia may not immediately spring to mind when discussing what locations are hot in the street art world right now. You could be excused for thinking that New York City, San Fran, Melbourne or France are where it’s at when it comes to great street art.

While this maybe true, our roving reporter discovered earlier this week that street art is alive and flourishing in an area you would least expect – Georgetown in Penang, Malaysia.  In a city renowned for it’s sun, surf, and stomach bugs, a number of fabulously light hearted street art pieces have appeared over the last few weeks to bring a smile to the faces of locals and tourists alike.

According to our reporter’s tour guide, a lot of the works were put up “for the helluv it”, however a number of works were also created as part of Georgetown’s Artist’s For Stray Animals Appeal held earlier this week.

Whatever the reasons for their creation, we’re smitten.  Check out our reporter’s street art happy snaps and let us know which is your favourite! 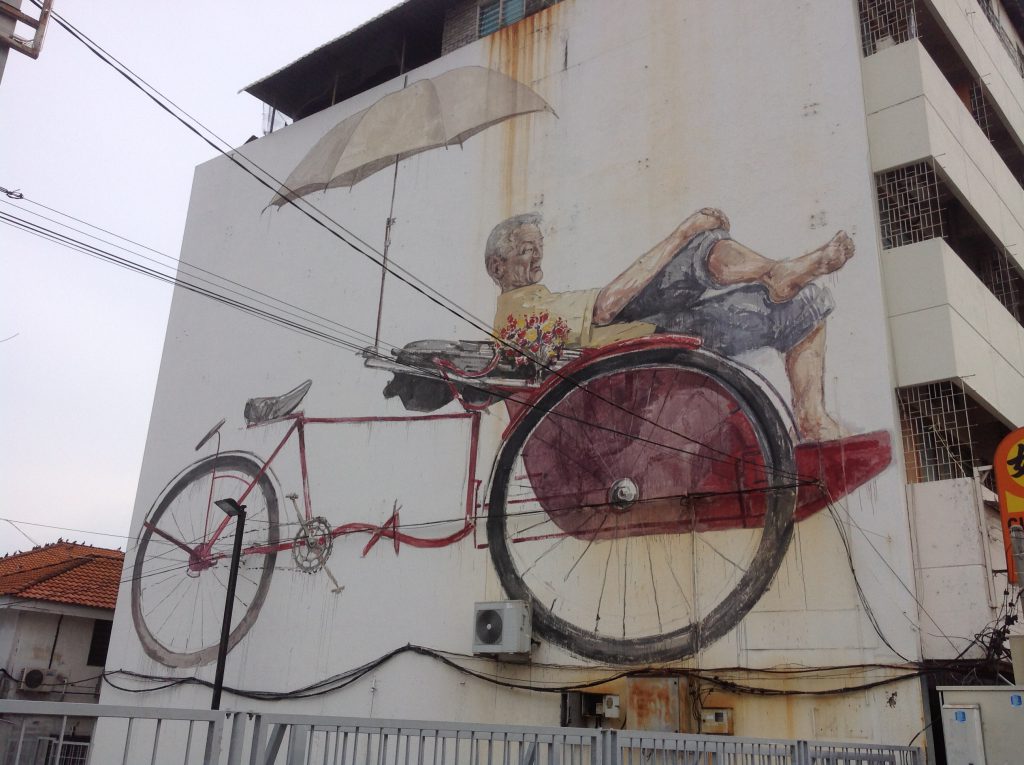 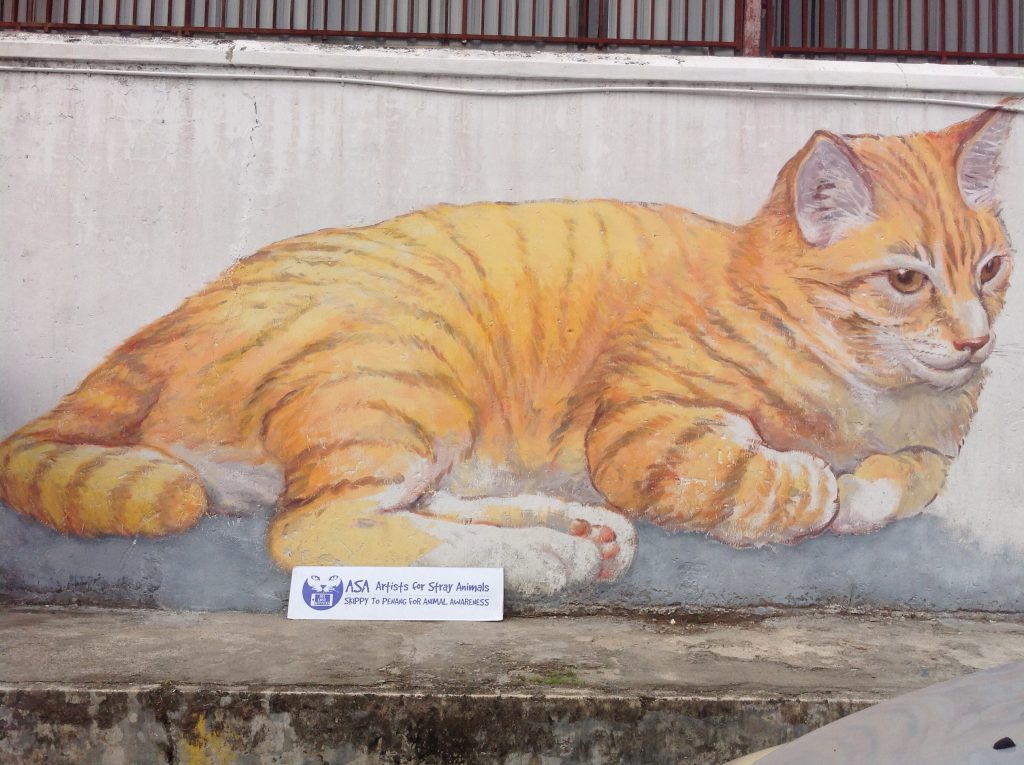 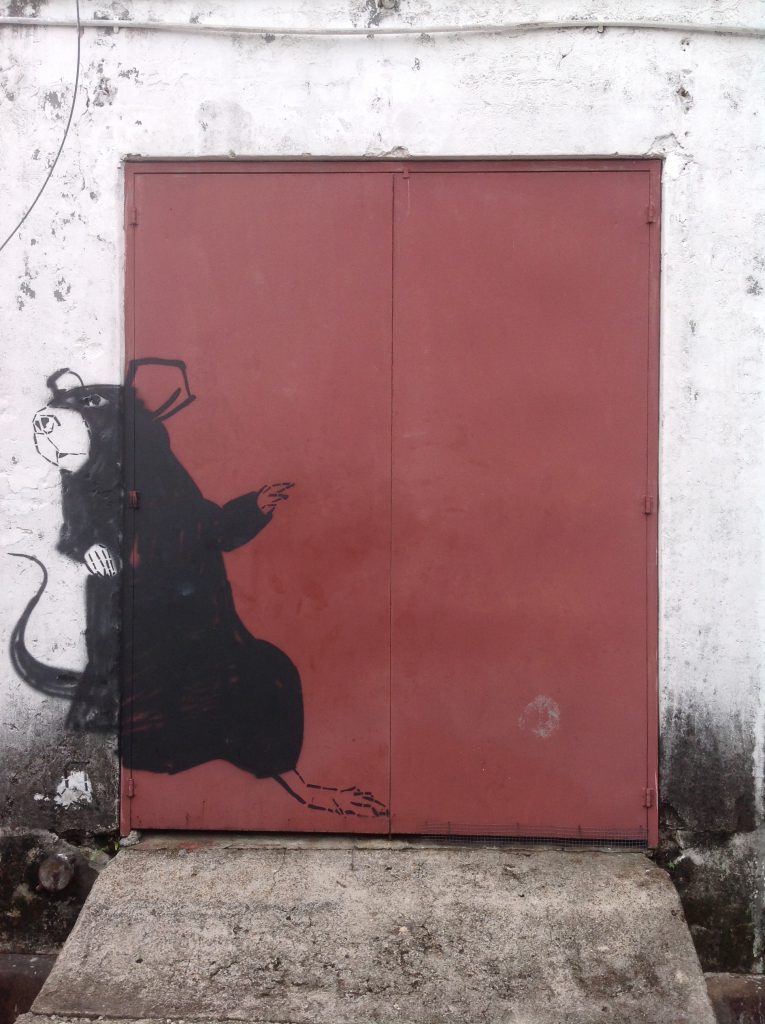 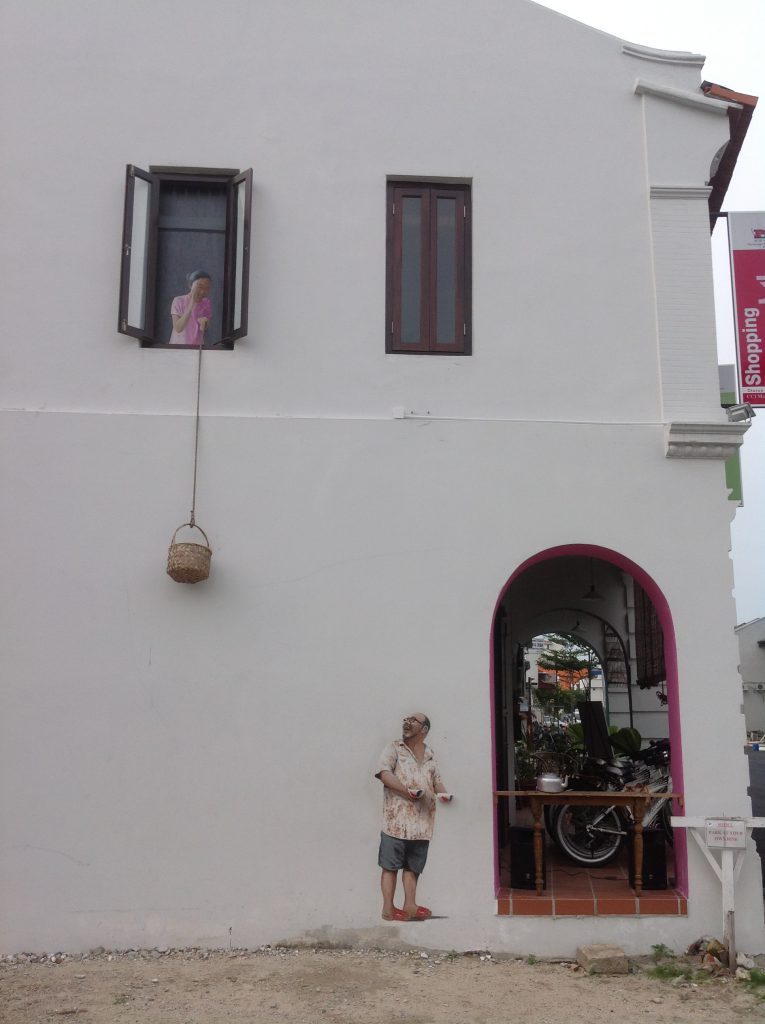 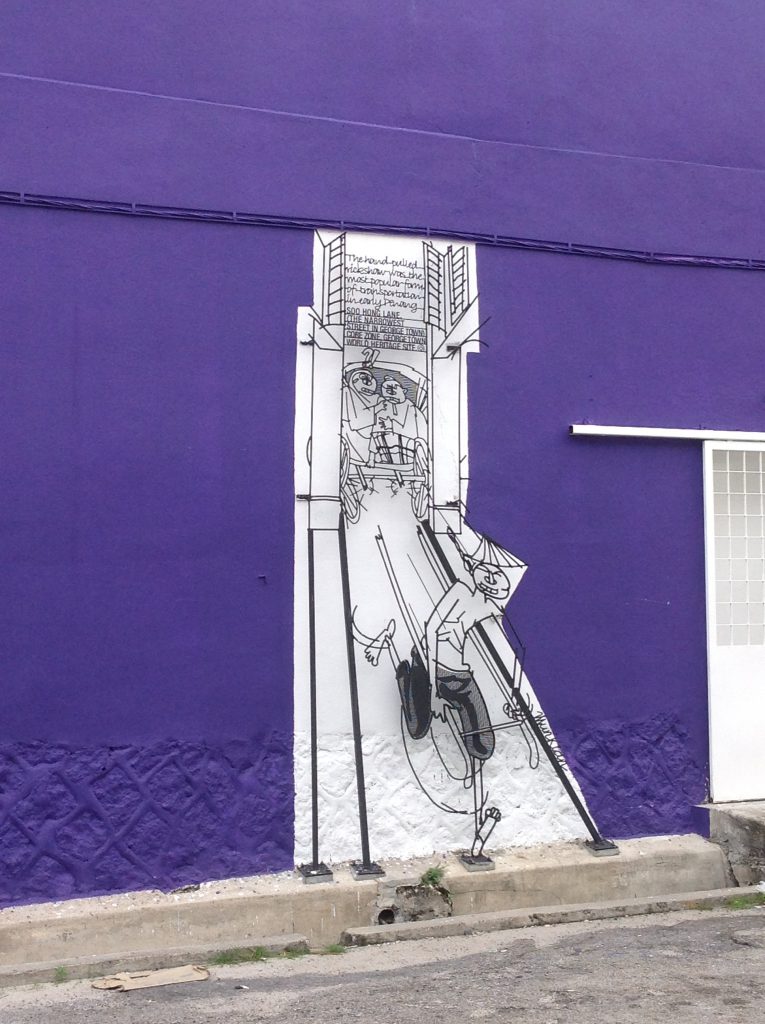 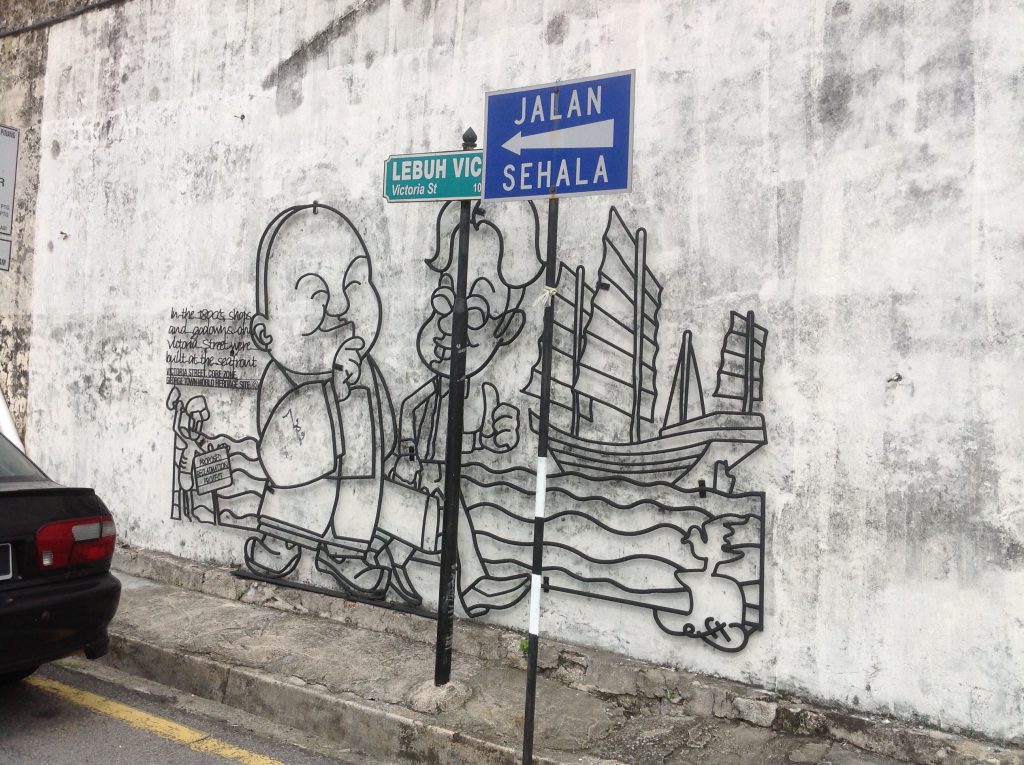 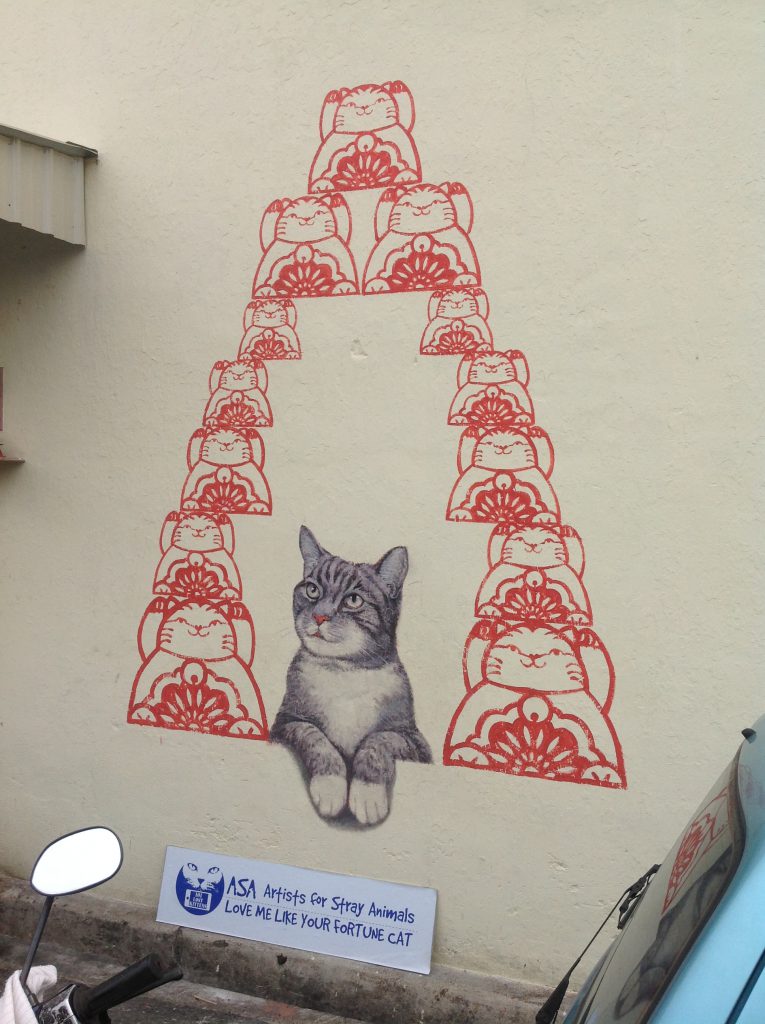