Melbourne’s streets and laneways have been alive with street art for a number of years now.  In the early days, however, the city had a “zero tolerance” policy in relation to this form of art, with fines and arrests not uncommon and beautiful wall murals being painted over by council workers faster than they were put up.

As Melbourne’s street art culture has evolved and street art has become a major tourist attraction for the city, it seems that street art has finally been accepted as a legitimate form of art.  And about time too!  Even the City of Yarra in Melbourne has joined the party, recently commissioning a number of the world’s most famous street artists to paint Melbourne’s traffic light signal boxes (with the assistance of Shaun Hossack from Juddy Roller).  We love it. What do you think? 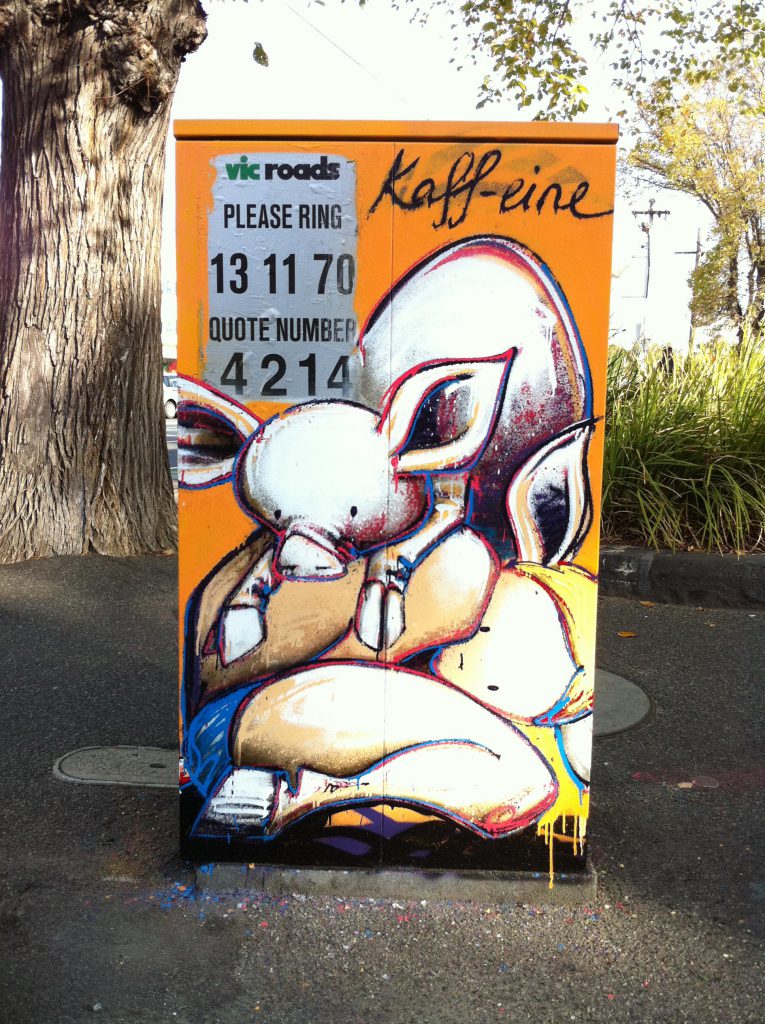 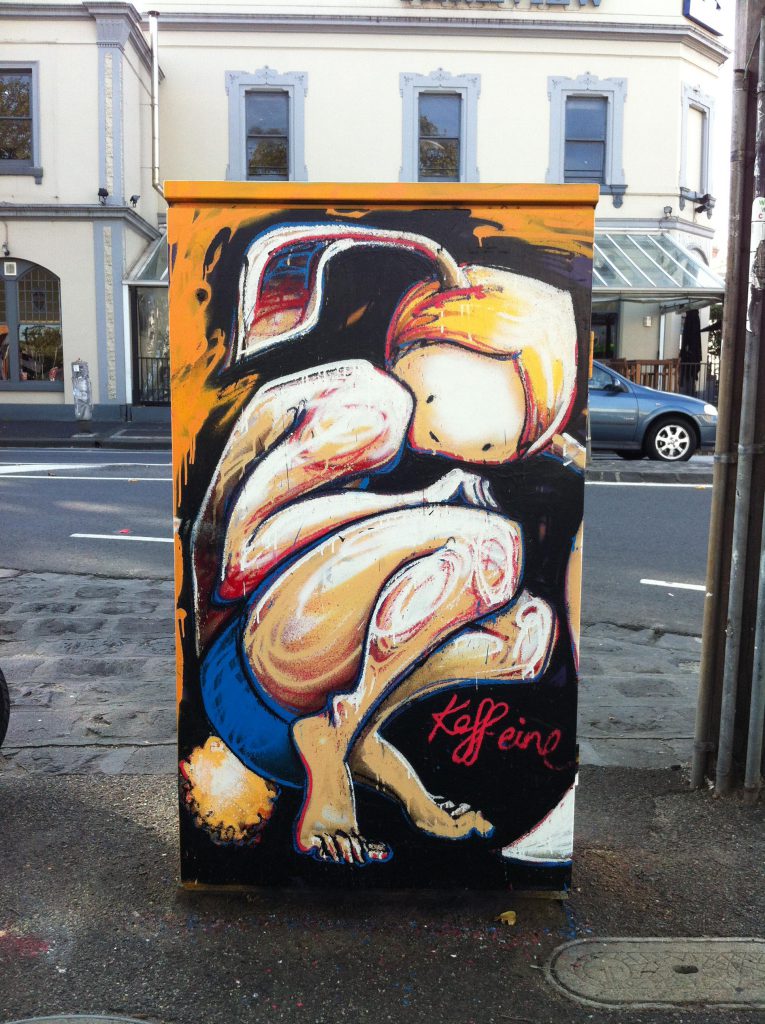 Back of traffic light box by Kaffeine 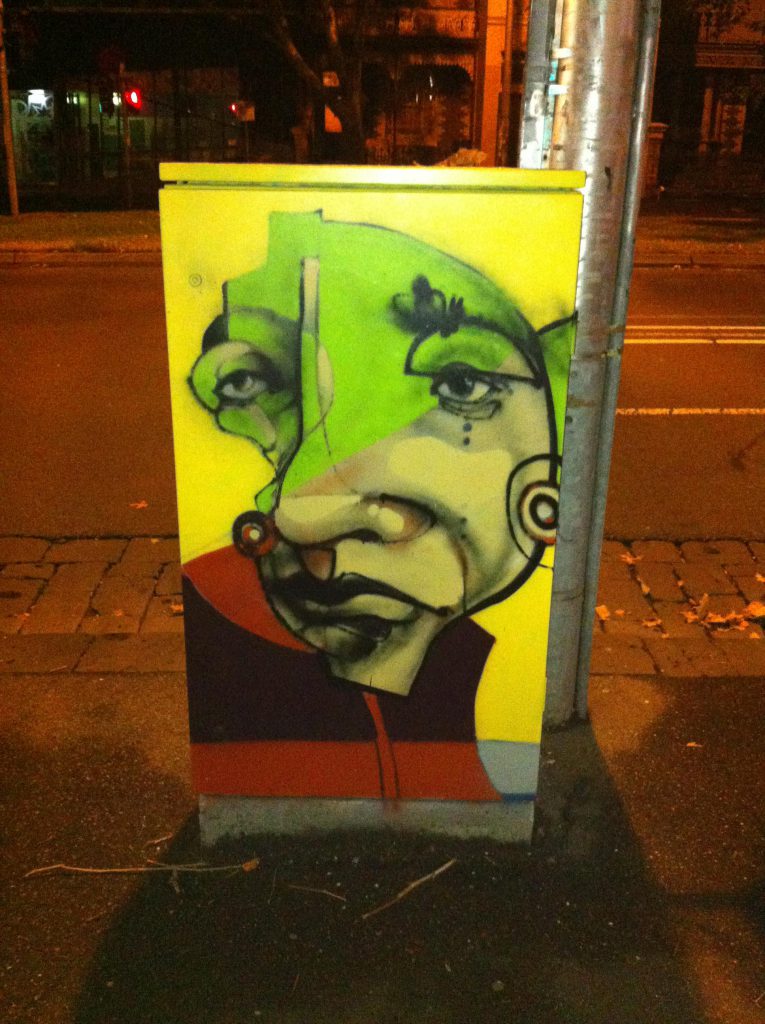 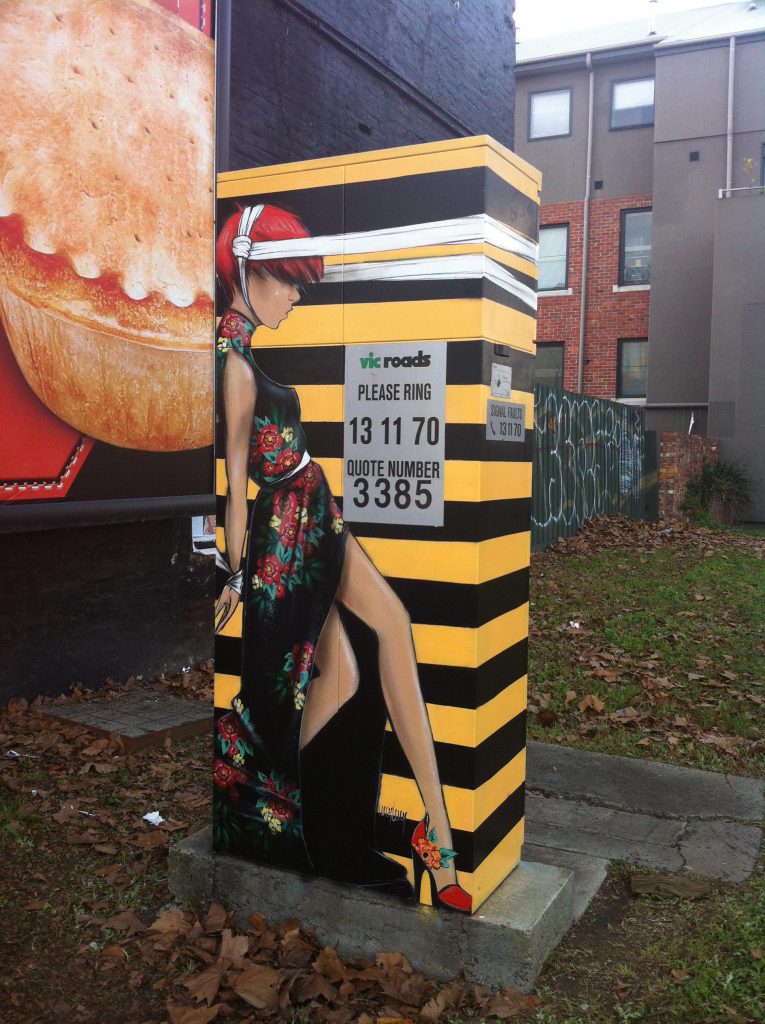 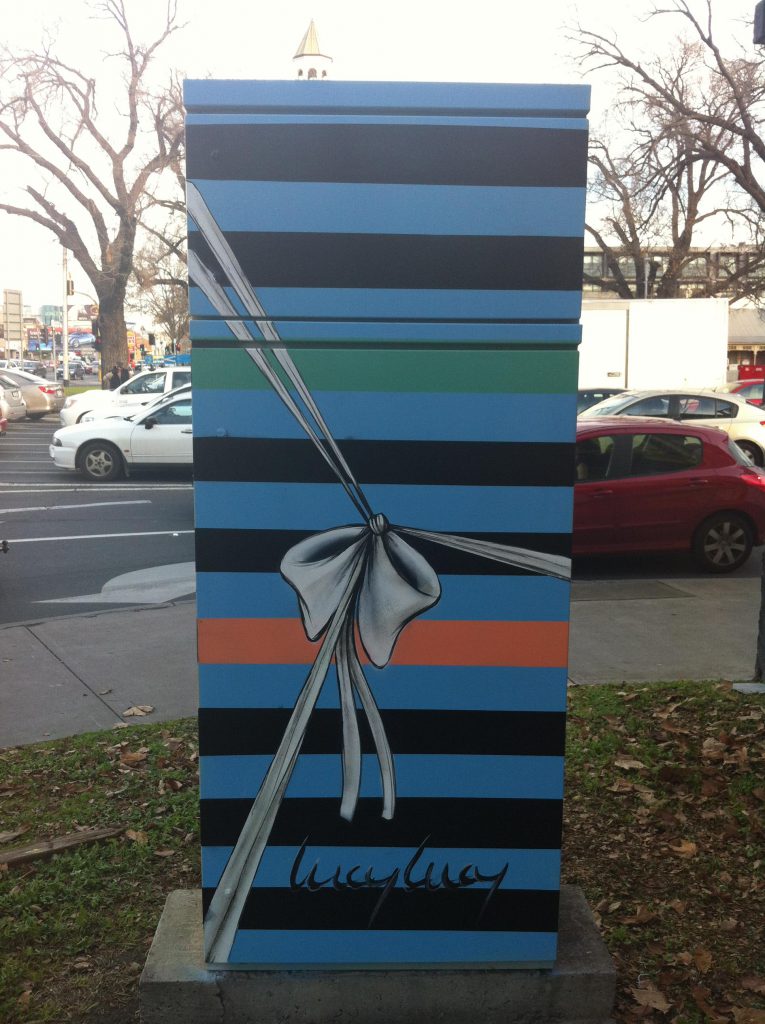 Back of traffic light box by Lucy Lucy 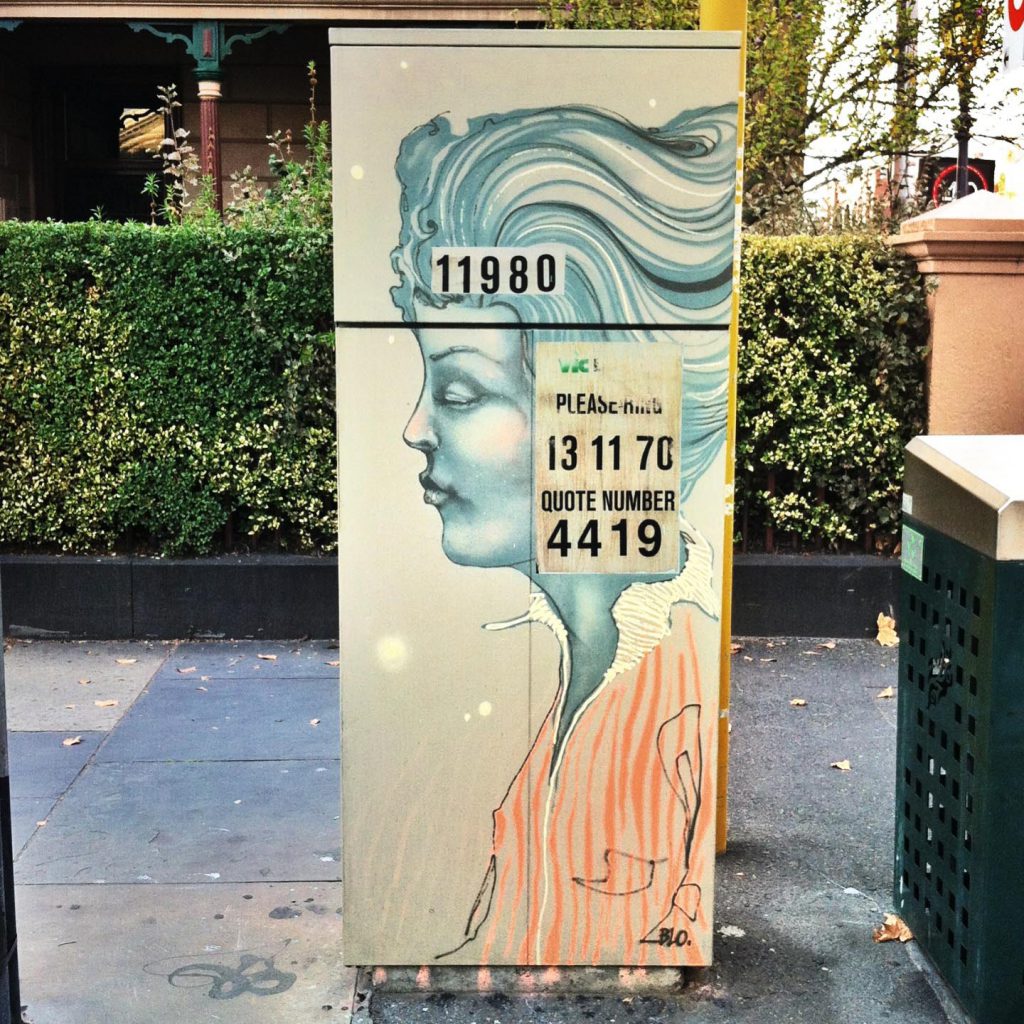 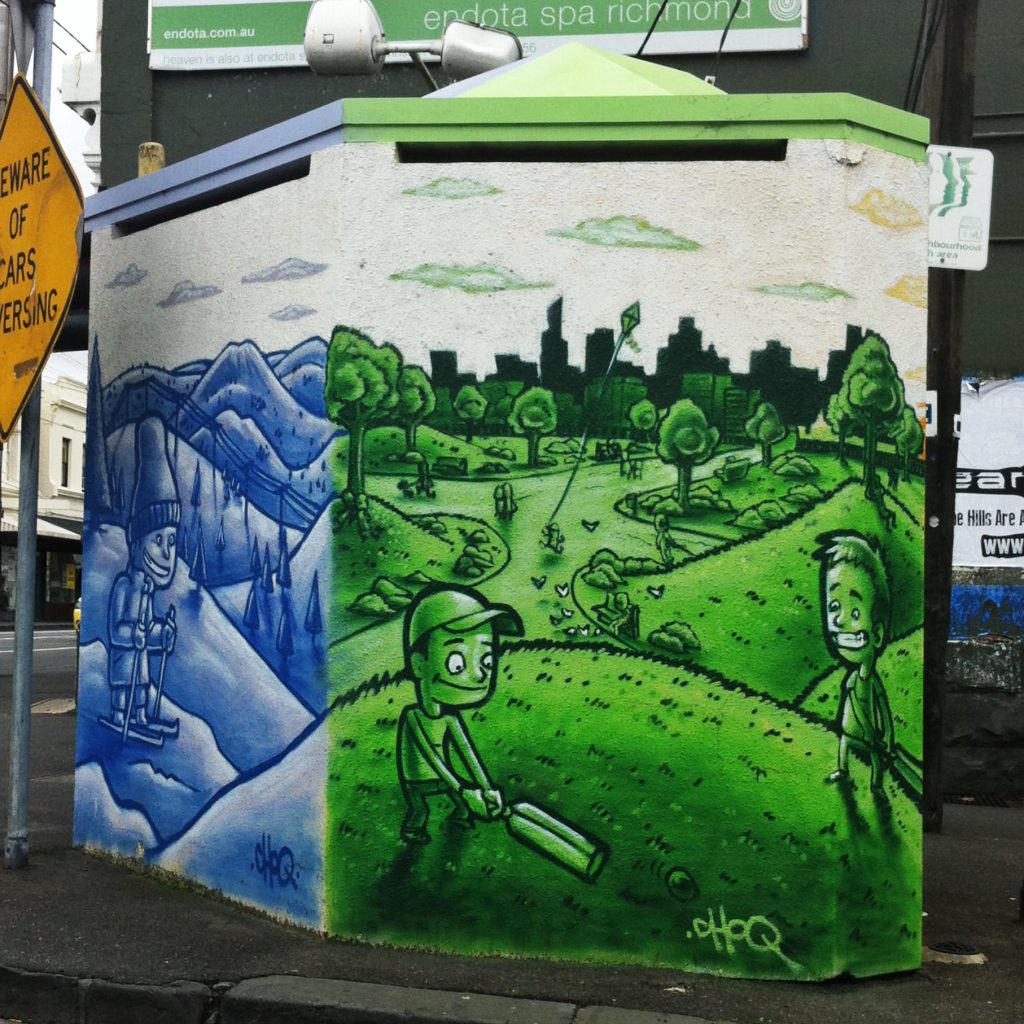 This one’s not a traffic light box… it’s a public toilet! Work by Choq 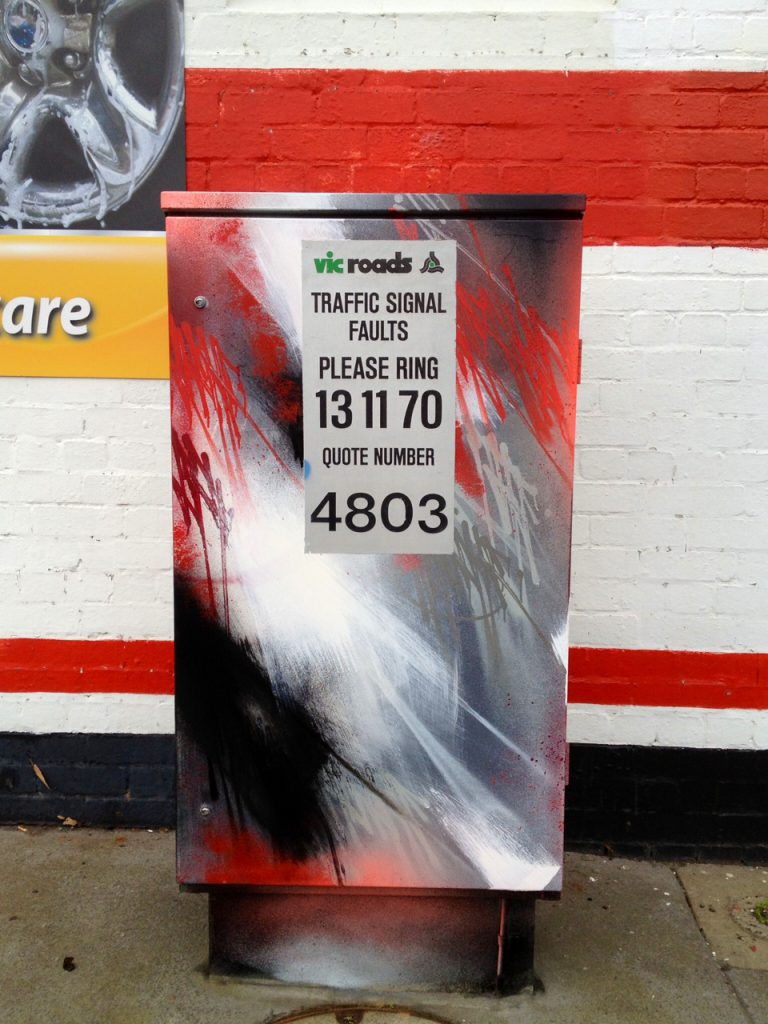 Another traffic light box by Kaffeine. She’s been very busy!

Another traffic light box by Choq

Looking to purchase a piece of street art for yourself? Check out the street art currently for sale on artFido HERE.