Victory A. Lundy recalled that during his training, he “never listened, I was busy sketching.” But soon, “I sort of took to it. … war experience just hypnotizes young men.” When the aspiring architect was 19 years-old, he enlisted in the Army Special Training Program with a dream of helping to rebuilt post-war Europe. He never expected to end up on the beaches of Normandy in time for D-Day. Lundy was thrown into the US 26th Infantry Division in 1944, all the while sketching his way through WWII. 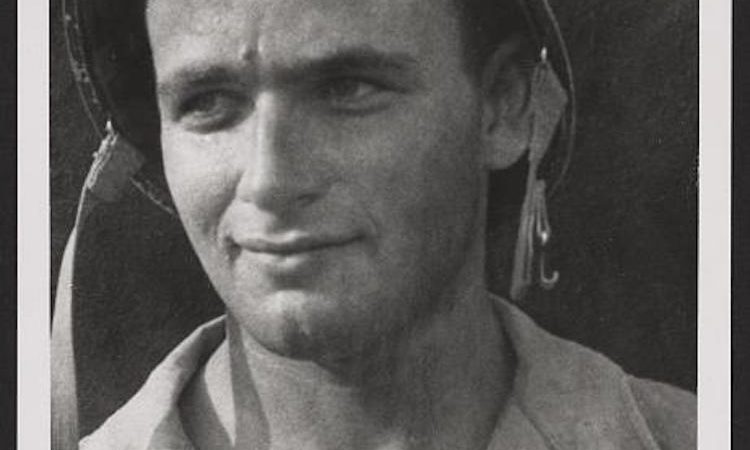 Many years later, after Lundy became a renowned American architect, he donated his visual diary of 158 pencil sketches to the Library of Congress. The eight surviving spiral sketchbooks (some were lost) are 3 x 5 inches and easily fit in his breast pocket. Sketching in pencil from May to November 1944, beginning with his training at For Jackson Carolina to vivid portraits of the frontline in France, Lundy says, “For me, drawing is sort of synonymous with thinking.”