When you decide to get a tattoo, choosing the right artist is nearly as important as picking the design and spot. If someone is to ink you, they better have the experience and skill required to produce something nothing short of amazing, right? After all, this is going to be on your body forever. Well, experience, yes, but skill? Not necessarily. Helen Fernandes isn’t good at drawing but people are still lining up to get her tattoos. And they’re so bad, they’re good.

The Brazilian founded her own tattoo shop, Malfeitona, in her native city of Salvador de Bahia, and has already gained a sort of a cult following for what she calls her tatuagens peba, which literally translates into “trash tattoos.” With over 61K Instagram followers and regularly uploaded pics of happy customers enjoying their new designs, it’s perfectly clear why her unique style is so popular. It’s genuine.

Fernandes has been inking people for about three years, but she’s been in the game way longer. She’s also a visual artist. “I started to draw because my parents were taking me to the church 3 times a week,” she said. “To keep me quiet, they would give me a pen and some paper. But I kept drawing because I liked it.”

“I was never into realism,” she said. “Drawing was just something I really enjoyed doing. It made others happy and it made me happy. It still does. However, I never thought I could be an artist. By specialty, I’m a mechanical engineer. I got my degree in December 2016 and had been attending a post-graduate course on materials engineering at the Federal University of Bahia until last year. But recently I switched to being a researcher, studying the relation between tattoo and Instagram. I am, however, interested in other fields as well. I’m also a digital influencer and I give art classes (mostly on “how to find your own style”), and work as an illustrator.”

“I created the @malfeitona Instagram account in 2017. In Portuguese, malfeitona means ‘badly done.’ The title makes it very clear what it’s all about. People who weren’t my friends started asking me for tattoos, so I charged them a bit to cover material costs. Later, friends of these people started contacting me as well, including other tattoo artists that liked my ideas and were giving me tips while I was working on them. This taught me a lot and eventually I got my own studio. I stopped bringing strangers to my house and wrapping my entire room in plastic.” More customers have been appearing and this is where I am at now.

“I have other work as well, so I don’t tattoo every week. In some cases I might not pick up the needle for an entire month. But when booking is open and I’m up for it, I can produce 30 a week, especially if I go to Sao Paulo (i live in Salvador but I do tours).”

“I adapt my prices to the area I’m working in. In Brazil, the average tattoo costs about R$400 ($100). Of course, it depends on how much color and detail a particular design has. And if I went to the States, I would have to figure out how much tattoo artists charge their costumers there before setting my own price as well.”

Helen will be visiting Mexico in April and would love to talk to some local tattoo artists, so if you’re inking people in Mexico, feel free to contact her! 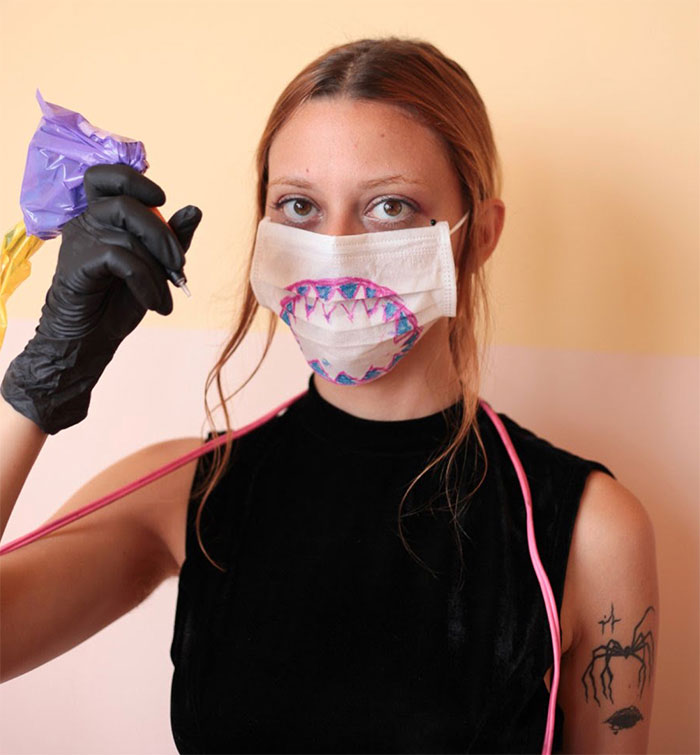