Some street art is going to be around forever. Like the stuff that’s in the cave in France that Werner Herzog made a movie about. The rest you’ve got to enjoy while you can. Because most street art, by its very nature, is ephemeral. Time, taggers, weather, zealots, other artists might all take a shot.

If you’ve been to Hosier Lane in Melbourne, it feels like the Joker/Ledger piece by OD has been fixed as part of the landscape forever. But it’s not there anymore. Someone painted over it a week or so ago. Then Luke (aka ELK) went by and wasn’t very happy with the replacement piece and so decided to repaint the repaint. The Joker/Ledger was so iconic that I never took any photos – except for one a couple of months ago. Here are my pictures of the old and the new. 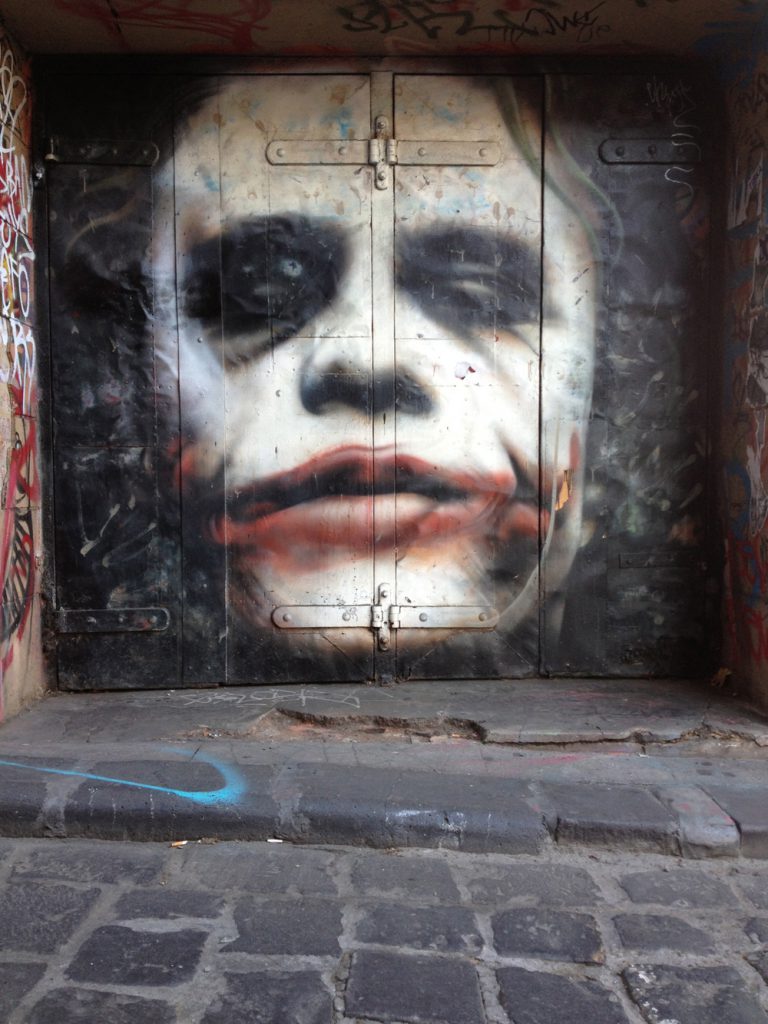 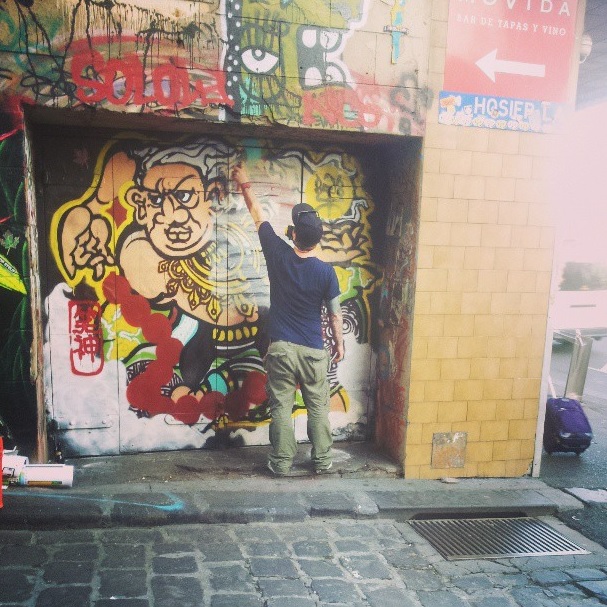 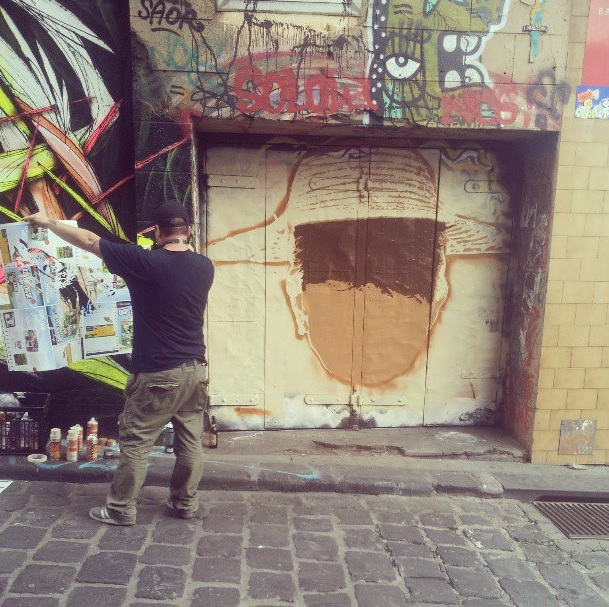 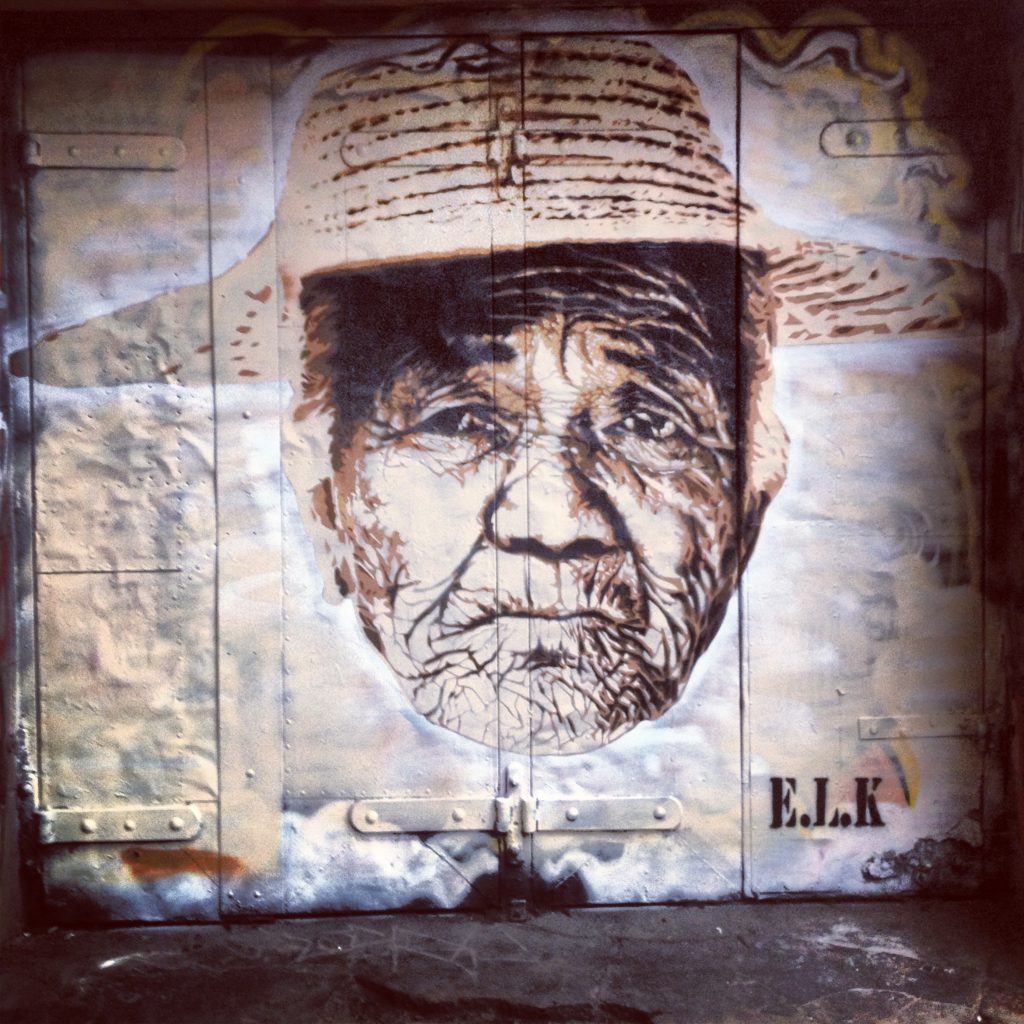 What remains? A million photos. Memory. Feeling. Reminds me of when Jerry Seinfeld talks about painting his apartment again: “I’ve been living in this apartment for years and years, and every time I paint it … I look around, and I think, well, it’s a little bit smaller now. You know, I realize it’s just the thickness of the paint, but I’m aware of it. It just coming in and coming in. Every time I paint it, it’s closer and closer.”